Keep calm: No need to panic over warships in the English Channel 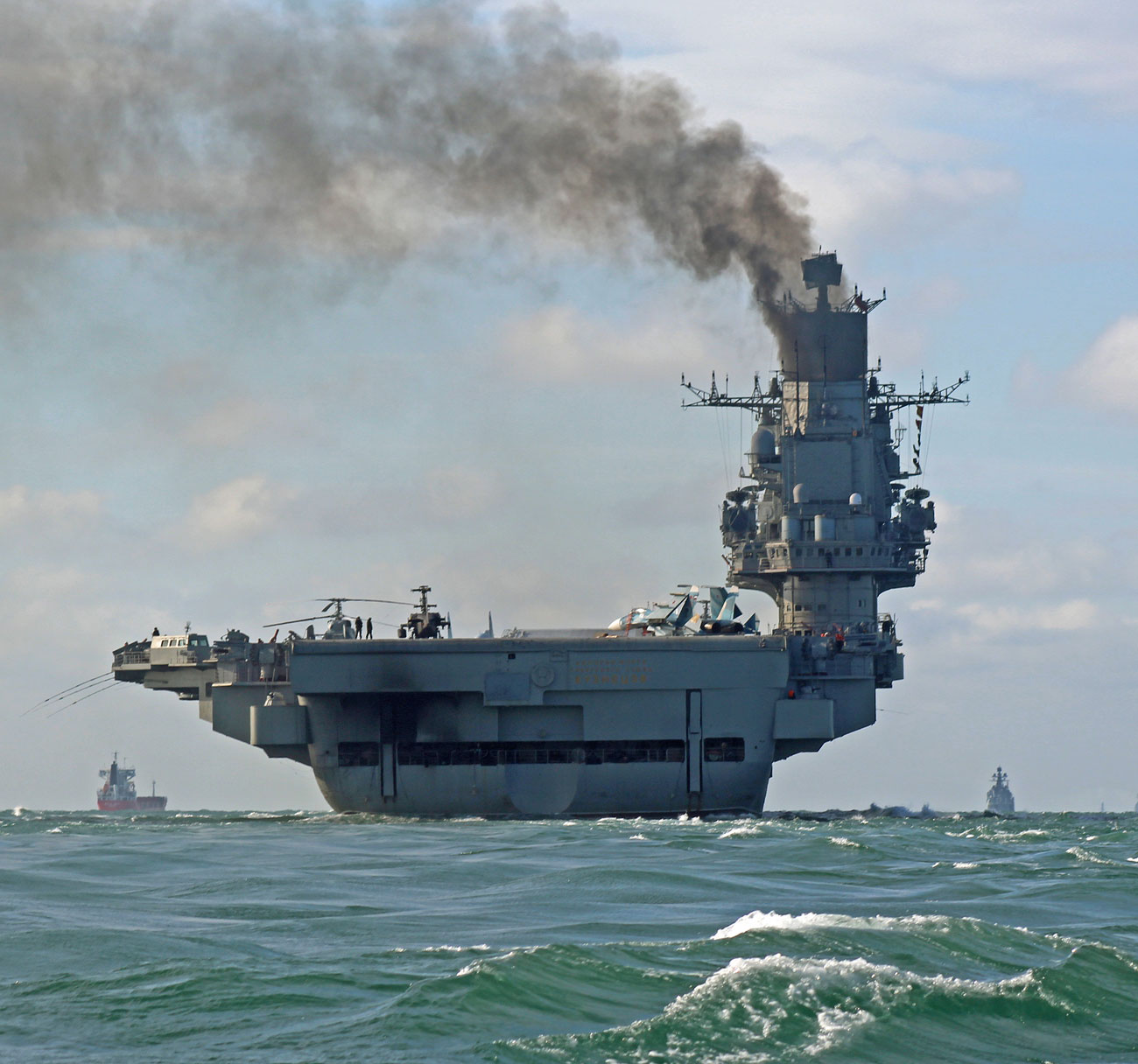 No threat: Admiral Kuznetsov is an aircraft cruiser launched in 1985 that serves as the flagship of the Russian Navy.

RIA Novosti
Was the fleet’s passage an aggressive gesture or a key part of a plan to bring peace to Syria?

To be fair, the strangely nervous reaction of the British media to the appearance of the Russian fleet in the Channel was counterbalanced by the verdicts of naval experts. Lord West of Spithead, a former First Sea Lord, reminded the public that the ageing carrier Admiral Kuznetsov “was not fully operational”.

An unnamed source at NATO sought to alleviate any fears by saying “we have got this covered”, as if eight Russian warships were the Spanish Armada or Napoleon’s fleet ready to invade Britain.

But rumors are rife on Russian bloggers’ websites that the black smoke that the Admiral Kuznetsov disgorged into the atmosphere off the shores of Albion was a deliberate show of defiance.

Clinton and the no-fly zone

So was the transit sailing of the Russian warships through the English Channel “posturing”, as Lord West also claimed? “There is an element of ‘posturing’ and show of strength,” said Grigory Kosach, expert on the politics of the Arab world at the Russian State University for the Humanities. 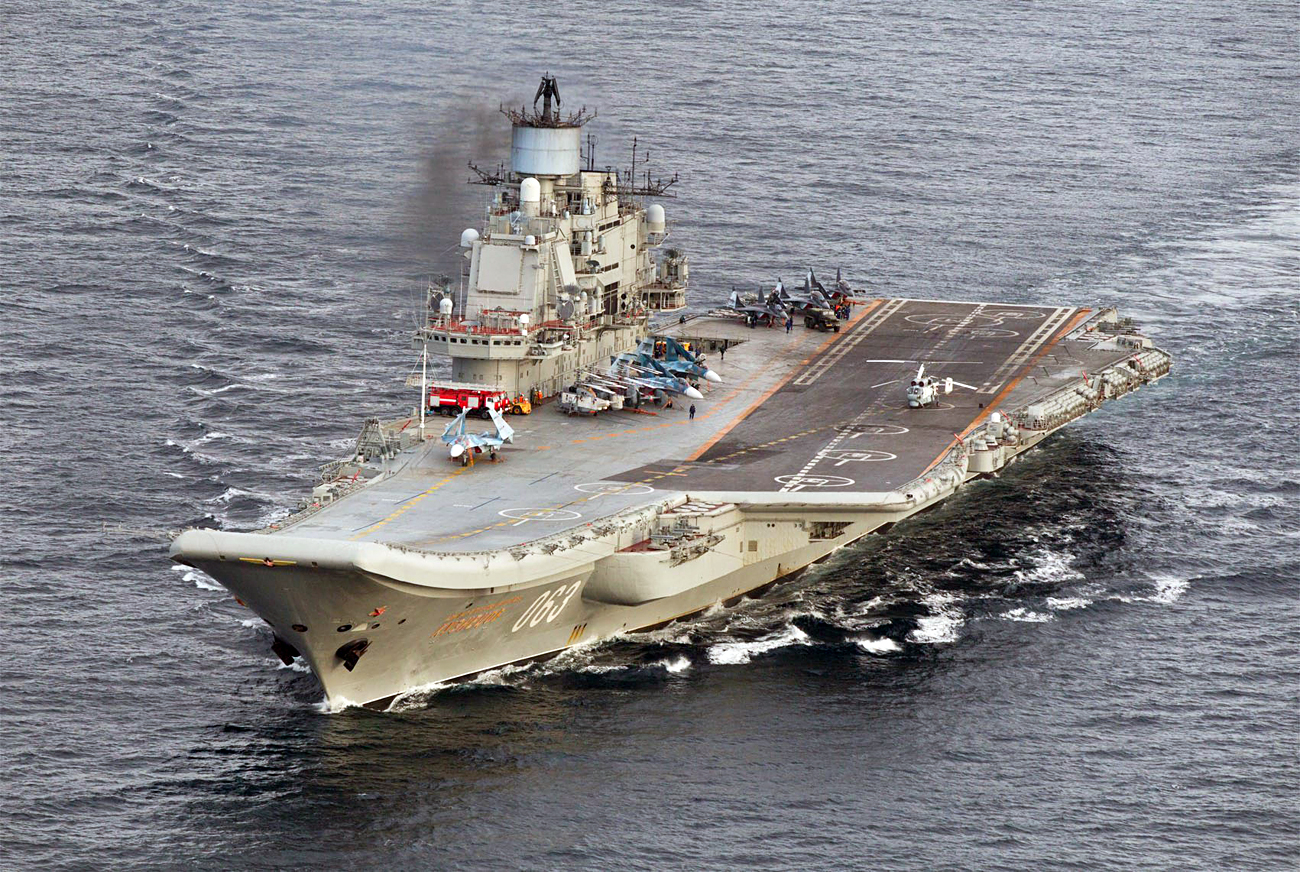 Moscow downplays Spain’s refusal to let Russian warship refuel in Ceuta
“However, the primary goal of sending the Russian fleet to the eastern Mediterranean is related to the battle for Aleppo as a precondition to a restart of meaningful negotiations on a settlement. The London edition of Al-Hayat, which is one of the leading daily pan-Arab newspapers, has speculated that once Hillary Clinton moves into the White House, the anti-Assad opposition will receive formidable lethal weapons. They would not be supplied directly by the United States but by the regional “donors” of the militants," Kosach said.

“Basically, the shape of the future Syria will be determined not so much on the battleground in and around Aleppo but by the stance taken by the ‘external actors’, and especially the United States. If President Clinton introduces the ‘no-fly zone’ in Syria, the stakes would be raised and the risk of confrontation would be upped,” he added.

The “surge” of the Russian military task force in Syria is part of a two-track strategy, says Ivan Konovalov, director of the Moscow-based Centre for Strategic Trend Studies.

“North Fleet battleships will enhance the anti-missile and anti-aircraft defenses. It will come as an addition to the already deployed air-defense systems such as S-200, S-300, S-400, as well as Buk and Pantzir”.

"Military operations are part of preparations for a peaceful settlement, which is inevitable. Final settlement in Syria would come not as the outcome of war but as the result of negotiations. But the road to peace talks, in particular in the Middle East, is paved with various instruments, including the use of military might."Director of the Moscow-based Center for Strategic Trend Studies

“As our military officers joke, if it was deemed necessary to force sparrows to vacate Syrian skies, these birds would be compelled to walk instead of fly.

“Military operations are part and parcel of preparations for a peaceful settlement, which is inevitable. A final settlement in Syria will come not as the outcome of war but as the result of negotiations”, Konovalov emphasized. “But the road to peace talks, in particular in the Middle East, is paved by various instruments, including the use of military might.”

The view is supported by Alexander Kirss, resident junior fellow at the Centre for the National Interest, who noted: “Russia was also able to both adopt and maintain limited goals through military intervention: stabilize the Assad regime, and give both it and Russia stronger negotiating positions in any brokered ceasefire.”

The U.S.-led global coalition designed to “degrade and ultimately defeat” the Islamic State, as spelt out by President Obama on 10 September 2014, had achieved modest results by the time Russia was invited to provide military assistance to Syria, a United Nations member state, in accordance with the UN Charter.

Since then, the shuttle diplomacy conducted by U.S. Secretary of State John Kerry and Russian Foreign Minister Sergei Lavrov has mapped out a formula for pragmatic interaction.

Who would Russians vote for in the U.S. presidential election
However, it fell short of full co-operation on the ground. That led to a U.S. air strike on the Syrian army that the Pentagon later admitted was “a mistake”. Moreover, Lavrov has routinely reiterated that the U.S. partner in crisis resolution had been unable to differentiate the “moderate” Syrian opposition from terrorist groups such as Jabhat al-Nusra, an affiliate of Al-Qaeda, which has been responsible for attacks on U.S. citizens and undermining American interests in the region.

The U.S. promised eight months ago to separate the “clean” opposition from the “unclean” charged with war crimes against the people of Syria, but so far has failed to do so. The way to end the five-year quagmire is an inter-Syrian dialogue with warring parties in agreement for a national reconciliation and without a division between winners and losers.

Moscow favors a solution in which the people of Syria alone would take the final decision on the governance and format of their country. It means that terrorist organizations would be excluded from being part of the final peace settlement and there must be no interference by outside sponsors of the civil war.