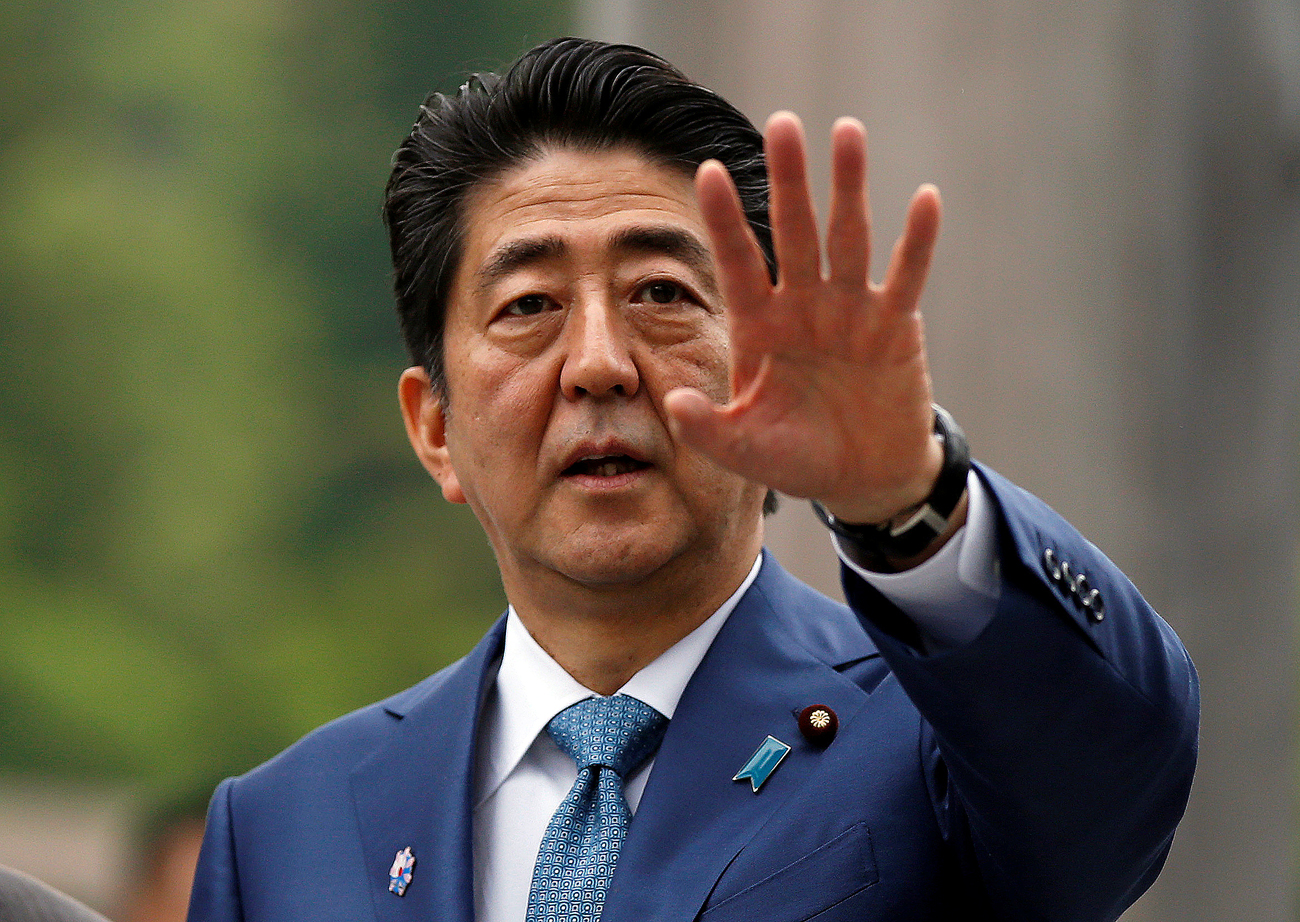 Japan's Prime Minister Shinzo Abe has never invited anyone to his home in the Yamaguchi Prefecture before.

Reuters
In preparation for Vladimir Putin’s Japan visit in December, Hiroshige Seko, Japan’s minister of economy, trade and industry, who also holds a special portfolio for trade with Russia, visited Moscow last week. Seko told the Russian newspaper Kommersant about a reset in Russia-Japan relations and spoke about the prospects for cooperation between Tokyo and Moscow.

You’ve been given a special Russia portfolio, which is a unique phenomenon in Japanese politics. What are the reasons behind this?

This is the first time in history that the name of a country was attached to the post of a minister. Eleven years ago I began to communicate with Russian officials and put in a lot of effort to expand these contacts.

In late 2012, when Shinzo Abe became prime minister for the second time, I was appointed as the deputy chief of the cabinet secretary.

Russia will not agree to joint administration of Southern Kurils - analysts

I took part in all 14 meetings between Vladimir Putin and Shinzo Abe. My task was to unite the efforts of all ministries to promote economic cooperation with Russia.

So I am very happy that I was appointed not only as the minister of economy, trade and industry, but also as a special minister for economic cooperation with Russia.

The decree on your appointment came on Sept. 1. Have you formed a team since then? If so, who was invited?

I formed a council for the promotion of economic cooperation with Russia immediately after my appointment. Its goal is to concretize and give substance to the proposals that Prime Minister Abe presented to Mr. Putin (Abe's eight-point plan).

In particular, it deals with energy cooperation, cooperation in the field of health, medicine, transport infrastructure, financial relations, innovation in the Russian Far East and the improvement of Russia's export potential.

Deputy heads of all Japanese ministries were invited to the council. Between September and November, they headed delegations to Russia and worked actively. And during my trip to Moscow, I met the Russian minister of economic development Alexei Ulyukayev.

What did you agree on?

Even our prime minister is not always accompanied by representatives of ministries on foreign visits.

We selected 30 Japanese economic projects to be implemented in Russia. We also agreed to establish a working group to promote economic cooperation between Japan and Russia, which already held its first meeting.

Ten deputy ministers attended the meeting. This is an exceptional case. Even our prime minister is not always accompanied by representatives of ministries on foreign visits.

This time there were representatives from all ministries, because their heads understand how much our prime minister wants to promote economic cooperation with Russia. His enthusiasm is transmitted to all ministries.

You said you selected 30 projects. If I understand correctly, the list was formed based on those projects that were proposed by the Russian side?

The process began in Sochi in May 2016, when Prime Minister Abe offered Vladimir Putin the plan of cooperation, consisting of eight points. For each point there are different concrete projects, which were proposed first by our side. We then received a counter offer from Russia.

In July, Minister Ulyukayev visited Tokyo and gave me a list consisting of 47 projects. In September, the minister for Far East development Alexander Galushka visited Tokyo, and I got 18 additional projects.

What do you consider the most promising projects?

Most of them are in the process of discussion, so I can't reveal their contents. However, I can talk about two projects. The first concerns the improvement of the urban environment. To do this, we chose Voronezh. There will be a pilot project in urban planning in the city.

The second project concerns improving the performance of Russian industry. We have identified 10-12 model plants, where Japanese experts will analyze and put forward their proposals on how to improve productivity.

We also agreed under this project to invite about 100 Russian executives to Japan for training.

How has this new policy been well received by major Japanese businesses and the Keidanren (Japanese Business Federation)?

A well-known fact is that Keidanren hopes Abe will help its members, but Keidanren will not listen to any requests from Abe.

Japanese businessmen have high expectations and the desire is to strengthen economic relations with Russia. The fact is that Russia is the front line for Japanese industrialists.

Compared to the trade between Japan and China, Japanese-Russian trade turnover is ten times smaller. This means that there are great prospects for expansion.

Among the members of the Keidanren, most companies do not have experience in Russia. Even if they have the experience, they don't know Russian legislation and commercial practices. Therefore, they felt no desire to further invest in the past.

Now everyone understands that President Putin and Prime Minister Abe have established a trusted relationship. Businessmen now can expect political support for their success. Keidanren cannot be forced to invest.

A well-known fact is that Keidanren hopes Abe will help its members, but Keidanren will not listen to any requests from Abe.

Will agreements on projects turn into non-binding memorandums of understanding?

We strive to ensure that projects are not just on paper. When we select priority projects, we know which companies will be dealing with them. We understand the scale of funding to ensure that the project does not violate Russian legislation.

To do this, we involve all the necessary experts. So I can say that we will not stop at the stage of memorandums.

What kind of results do you expect from Vladimir Putin’s visit?

Let's not get ahead of ourselves. The visit itself is important. After all, Mr. Putin has not been to Japan in 11 years. The venue of the meetings is a city in the Yamaguchi Prefecture, which is Shinzo Abe’s hometown.

Our prime minister has never invited anyone to his home before. And he is waiting for Vladimir Putin with an open soul.