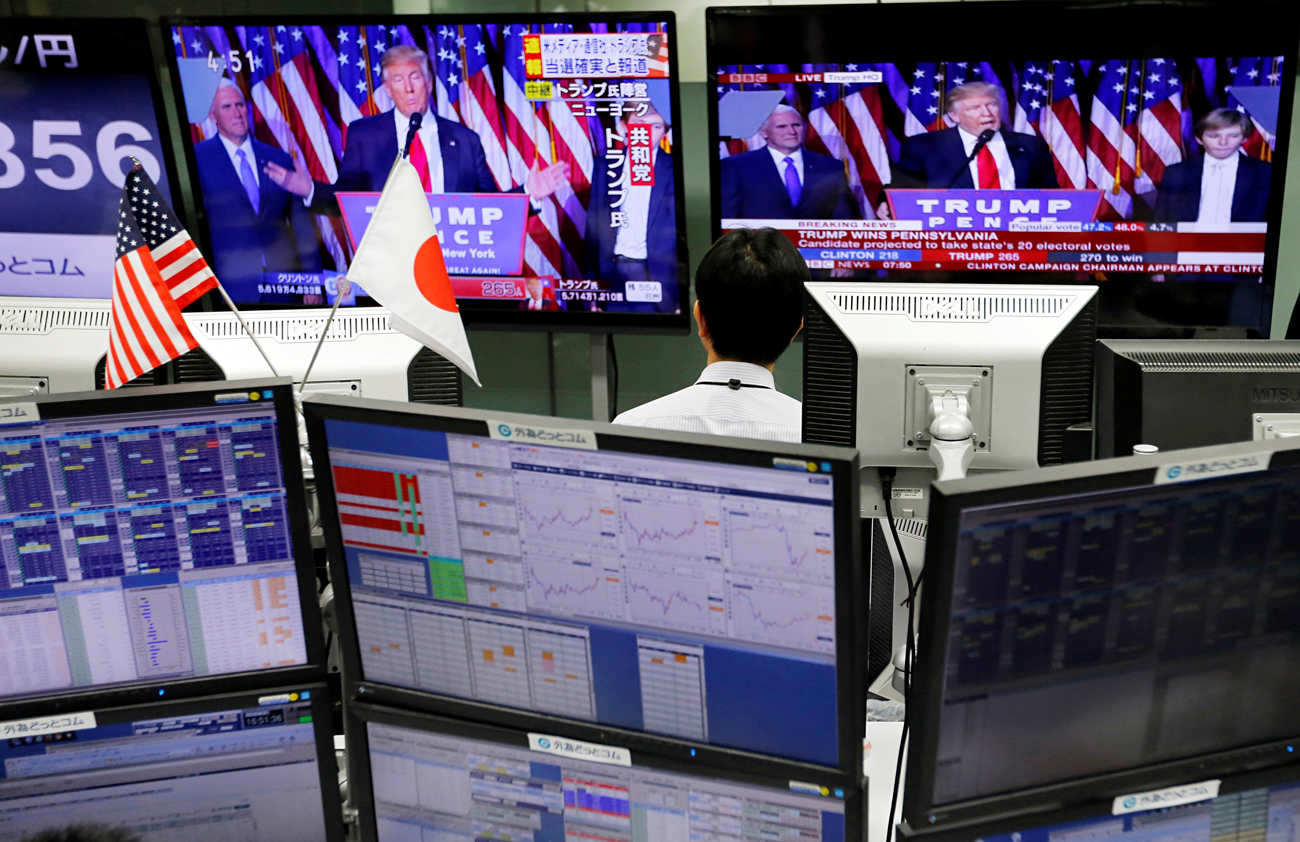 Reuters
If Donald Trump does follow through on his presidential campaign promises, Japan will have more freedom to improve its ties with Russia, analysts tell RBTH

One of the biggest guessing points about Donald Trump's future presidency is how he is going to manage Washington’s Asia policy.

His recent phone call to South Korean President Park Geun-hye, during which Trump confirmed American commitment to their partnership, proves, that he is hardly likely to follow through on his election rhetoric. This makes Asian countries, including American allies in the region, guessing about the future shape of Trump‘s policy.

“Under Donald Trump, Washington’s interference in Japan’s foreign policy will be minimal,” Dmitry Streltsov, a professor at Moscow State Institute of International Relations (MGIMO) told RBTH. “In his campaign speeches he openly stated the need to normalize relations with Moscow, so it would be illogical for the U.S. to attempt to hurt Russia-Japan relations.”

Interpol gets an infusion of Chinese and Russian expertise

Streltsov believes the campaign rhetoric of the president-elect may mean that under him the United States will cease to consider itself “the only superpower” and “world's policeman.” Following this logic, the U.S. should provide Japan, its main strategic ally in Asia, much more freedom in building relations with Russia.

“If the U.S. wants to absolve itself of the obligation to defend its allies, giving them the right to choose a security strategy, and even acquisition of their own nuclear capabilities, why would these countries not be allowed to choose their own partners on the world stage and build relationships at their own discretion,” asks Streltsov.

Too early for predictions

However, former Russian Ambassador to Japan Alexander Panov believes that it is too early to make predictions, because the president-elect has not yet entered office. “The election campaign and pre-election statements are one thing, and real life is something else,” he says. “In real life, Trump has not had to deal with this issue yet.”

According to Panov, Tokyo is anxiously waiting to see how Trump will behave, because during the election campaign, he accused Japan of not spending enough money on its own defense and relying on the United States too much.

“Japan probably understands that the United States will want to extend the stay of its forces in the country, and will ask for an increase in the amount of funds from the Japanese budget for the maintenance of American defense forces,” Panov says. “At the same time, the country already spends about $2 billion on the American bases, and this is a significant amount.”

Panov adds: “The American establishment is not thrilled about the Russia-Japan friendship – it is a known fact. And despite all of Trump’s pre-elections statements, the U.S. government, along with pro-American lobby in Tokyo will work against Russia-Japan convergence.

Streltsov says Tokyo has demonstrated “a sufficient commitment to developing relations with Moscow” over the last year, while ignoring repeated suggestions from Washington that this was not the right time for doing business with Russia because of Ukraine.

“The policy to pursue the dialogue with Russia in a constructive manner, will continue regardless of the political situation associated with the Americans,” Streltsov adds.

Panov voices a similar opinion. “Despite the fact that Obama was against the rapprochement of Japan and Russia, Abe still acted in this direction. And this will most likely remain,” he says. The former Russian ambassador to Japan adds that Tokyo will continue to find ways “to bypass the (U.S.-imposed) sanctions on Russia.”

Streltsov says Abe is determined to change the relationship with Russia for the better as the Japanese prime minister has made it his personal mission.