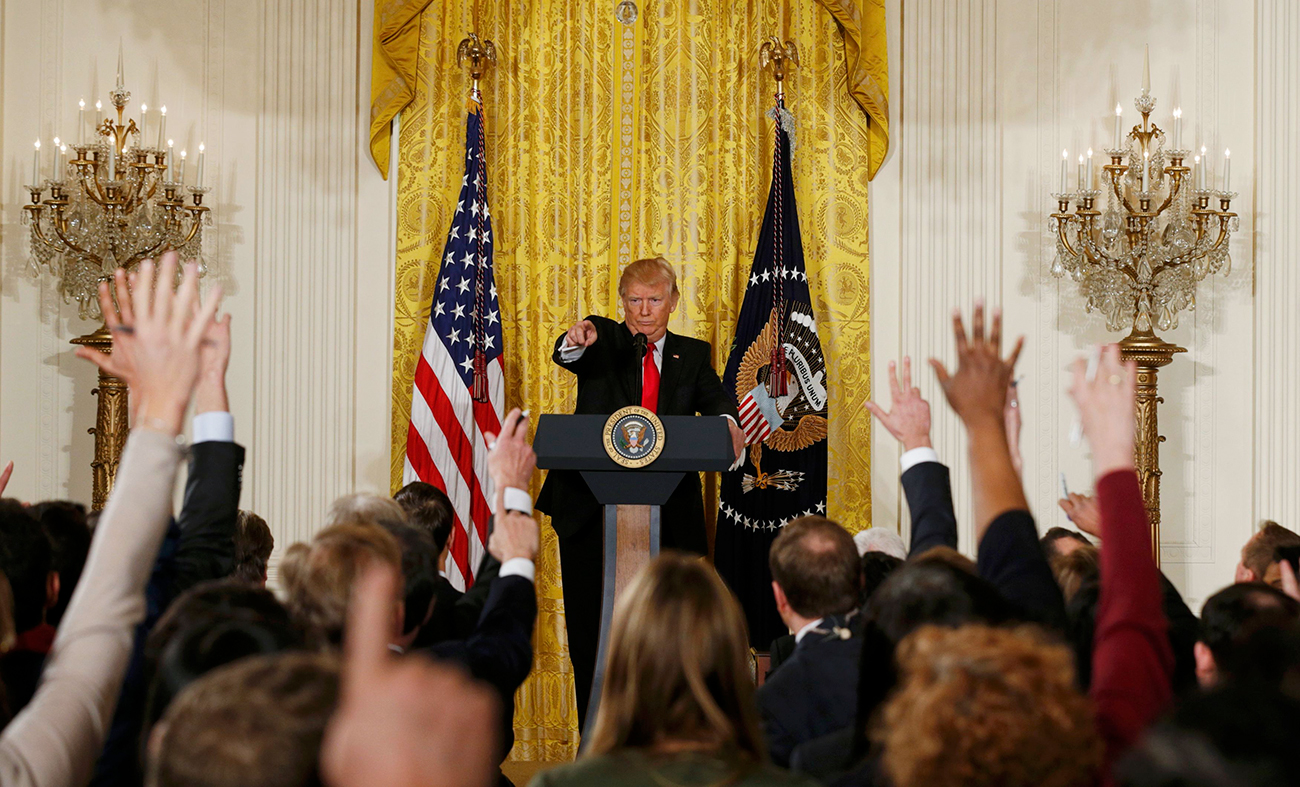 Reuters
Feb. 20 marks one month since Donald Trump moved into the White House. So far the new president has not taken any measures to end Barack Obama’s policy on Russia, and there has been no lifting of economic sanctions. RBTH has answers to six crucial questions about Russian-U.S. relations.

1. Has there been contact between Putin and Trump? When will they meet in person?

Presidents Putin and Trump spoke on the telephone once, on Jan. 28, for about 45 minutes, reported Reuters. At a press conference on Feb. 16, Trump said the conversation went "extremely nicely."

The Kremlin was less emotional in its evaluation and said "the conversation was held in a positive and businesslike manner." It’s known that the two leaders discussed most major world problems: from the violence in Ukraine, to North Korea's missile program. They also raised the issue of "real coordination" between the U.S. and Russia in order to defeat the Islamic State in Syria.

Putin and Trump tasked their staff with organizing a date and place for a meeting. On Feb. 13, Kremlin press secretary Dmitri Peskov said that Trump and Putin would certainly meet during the G20 Summit in Germany in July. "For now there is no information" about the chance of a meeting before then, said Peskov.

"There are still no details" about what the two leaders called the "reestablishment of trade and economic relations" during their conversation. Obviously, this cannot be done without lifting America’s anti-Russian sanctions that resulted from Ukraine’s crisis. 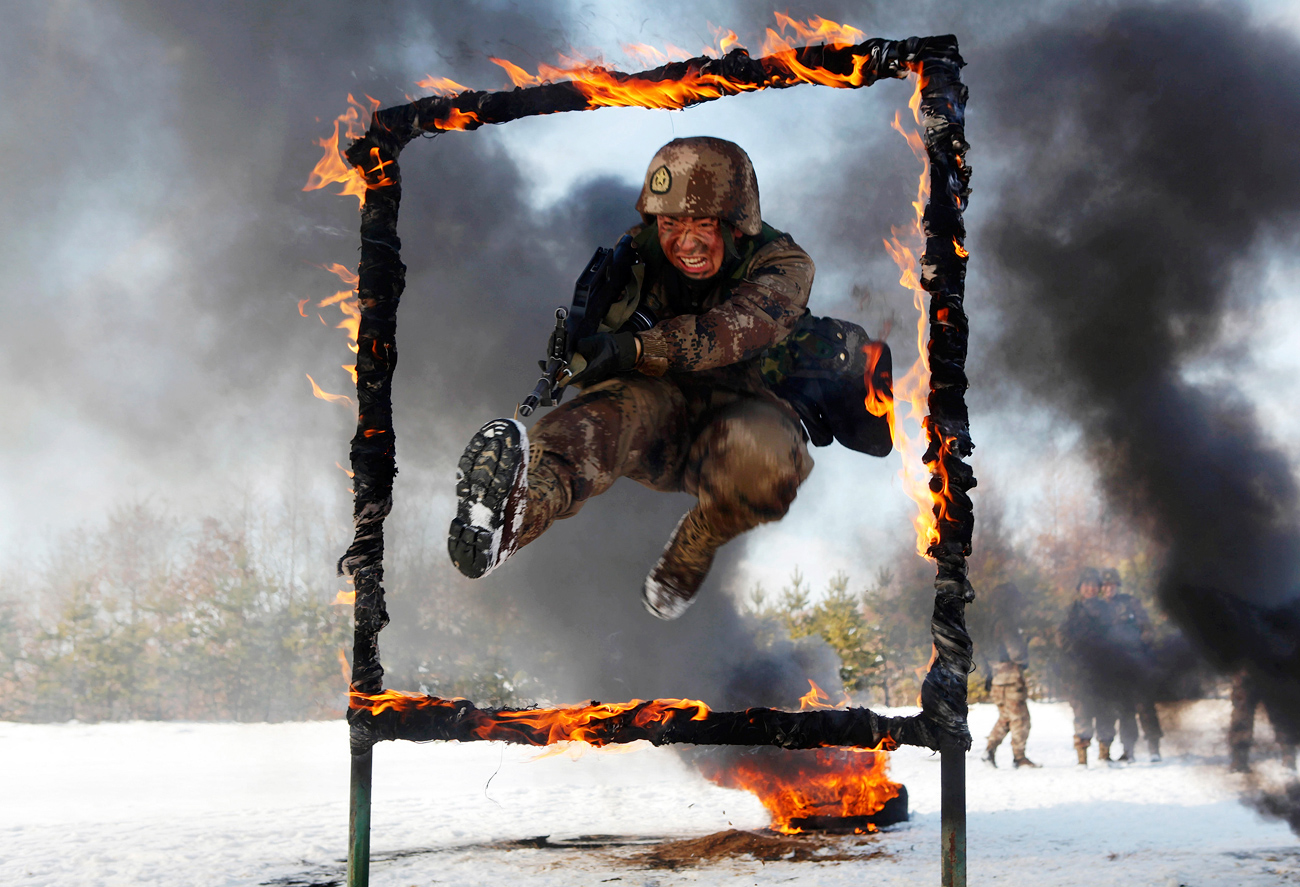 The only constructive step so far has been the U.S. Treasury Department ending the ban on American companies having contact with the FSB for receiving permission to export technologies to Russia. The sanctions against the FSB prevented American companies from selling electronics to Russia because, for security reasons, the FSB has import controls on encryption devices, reported Russian mass media.

Earlier, Trump linked ending anti-Russian sanctions to the possibility of Moscow agreeing to a deal on the further reduction of nuclear arsenals. This proposal, however, was not taken seriously and went nowhere.

3. Has Trump changed his position on Crimea?

Trump and his team are now speaking differently about Crimea. Earlier, during the election campaign, Trump the presidential candidate stated that Crimea's vote to rejoin Russia was the legal choice of the Crimeans, and that it was clear they preferred to be a part of Russia and not remain with Ukraine. Also, Trump mentioned that any attempt to return the peninsula to Ukraine could set off World War III.

A few days ago, however, the U.S. administration issued a completely different statement about Crimea. White House press secretary Sean Spicer said the president "is waiting for Russia to help deescalate the situation in Ukraine and return Crimea."

Afterwards Trump tweeted: "Crimea was TAKEN by Russia during the Obama Administration. Was Obama too soft on Russia?" This was his first statement on Crimea since becoming president, even though the tweet is more likely related to Obama and the accusations of Trump sympathizing with Moscow, and not to Crimea per se.

4. Has Trump assumed a new attitude towards NATO?

The new administration has also changed its attitude toward NATO. In an interview with both Bild and the Times of London on Jan. 16 Trump called NATO an "obsolete" organization and reiterated his view that it has many problems. However, he added that the alliance is "very important."

During his presidential campaign Trump cast doubt on NATO’s Article 5, which speaks of the necessity of collectively protecting one alliance member in the event it is attacked. He stated that America's commitment might be reviewed if member countries do not pay their fair share of the alliance's costs.

At the same time, during a meeting of NATO defense ministers in Brussels on Feb. 15, Pentagon chief James Mattis said, "the alliance remains a fundamental bedrock for the United States and for all the transatlantic community." 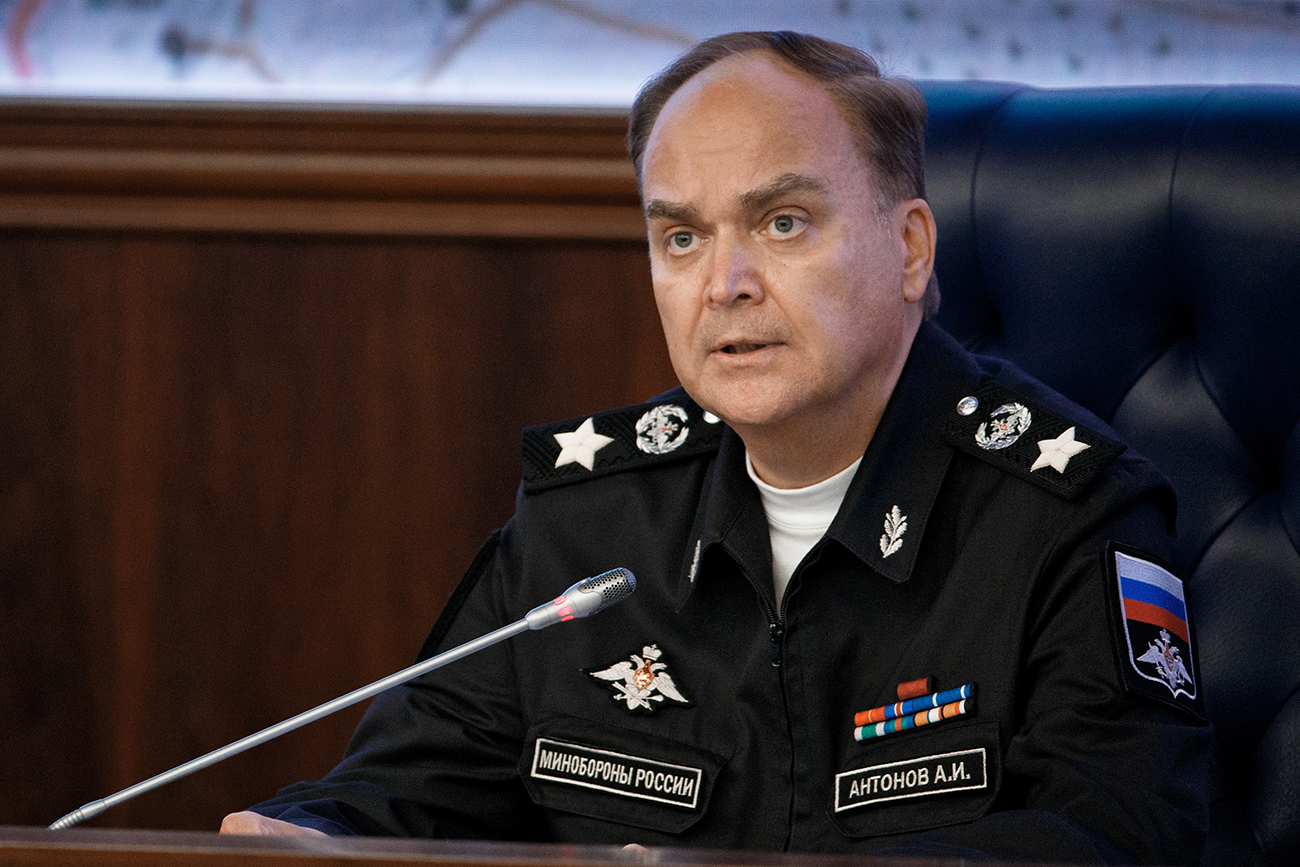 Moscow might send a tough new ambassador to Washington

As in Trump's statements on NATO, the central theme in General Mattis' speech was the need for America’s allies to do more to cover the alliance’s costs. As far as Russia, the Pentagon chief didn’t echo Trump’s reconciliatory rhetoric toward Moscow, and said the U.S. plans to speak to Russia from a "position of strength."

5. Will there be cooperation between the U.S. and Russia in Syria?

Despite Putin and Trump discussing the necessity of a joint fight against Islamic radicals in Syria, the new Pentagon chief excluded military cooperation with Russia. “We are not in a position right now to collaborate on a military level, but our political leaders will engage and try to find common ground or a way forward so that Russia, living up to its commitment, can return to a partnership of sorts here with NATO," Mattis said in Brussels.

On Jan. 22, the Russian Defense Ministry stated that the Russian and American militaries had begun exchanging information about Syria, for example, getting the coordinates of Islamic State targets from the Americans. The next day, however, Washington denied this information.

Meanwhile, on Feb. 16 a meeting was held in Azerbaijan’s capital of Baku between Russian Chief of General Staff of the Armed Forces, Valery Gerasimov, and U.S. Chairman of the Joint Chiefs of Staff, Joseph Dundorf. It was the first such high-ranking meeting since 2014 when tensions over Ukraine began to cause the rift in Russia-U.S. relations. While the two generals most likely discussed Syria, there is still no official information about any possible results that their talks yielded.

6. What do we know about General Flynn’scontacts with Moscow, which cost him his position?

The White House said that Trump's former National Security Advisor, Michael Flynn, resigned after having misled Vice President Pence about the content of his talks with the Russian Ambassador to Washington. Earlier, unknown individuals leaked information on these talks to the media. The U.S. is investigating whether Flynn promised the Russian diplomat help in revoking sanctions. In his resignation announcement Flynn denied this, and in an interview he stated that he "had not crossed any boundaries." According to a Bloomberg columnist, who cited a White House official, there was nothing improper or illegal about the talks.

Trump said that while Flynn had not informed the vice president about his discussions, his advisor "was doing his job" in conducting the talks. Trump denied that Flynn's resignation is linked to any behind-the-scenes attempt to agree on something with Moscow. Trump also expressed his anger over the illegal leaks that reveal confidential government talks. The president emphasized once again that he does not have any links to Russia, and still wants to improve relations with Moscow.