Chemical strike in Syria: Who is behind it and what might happen next? 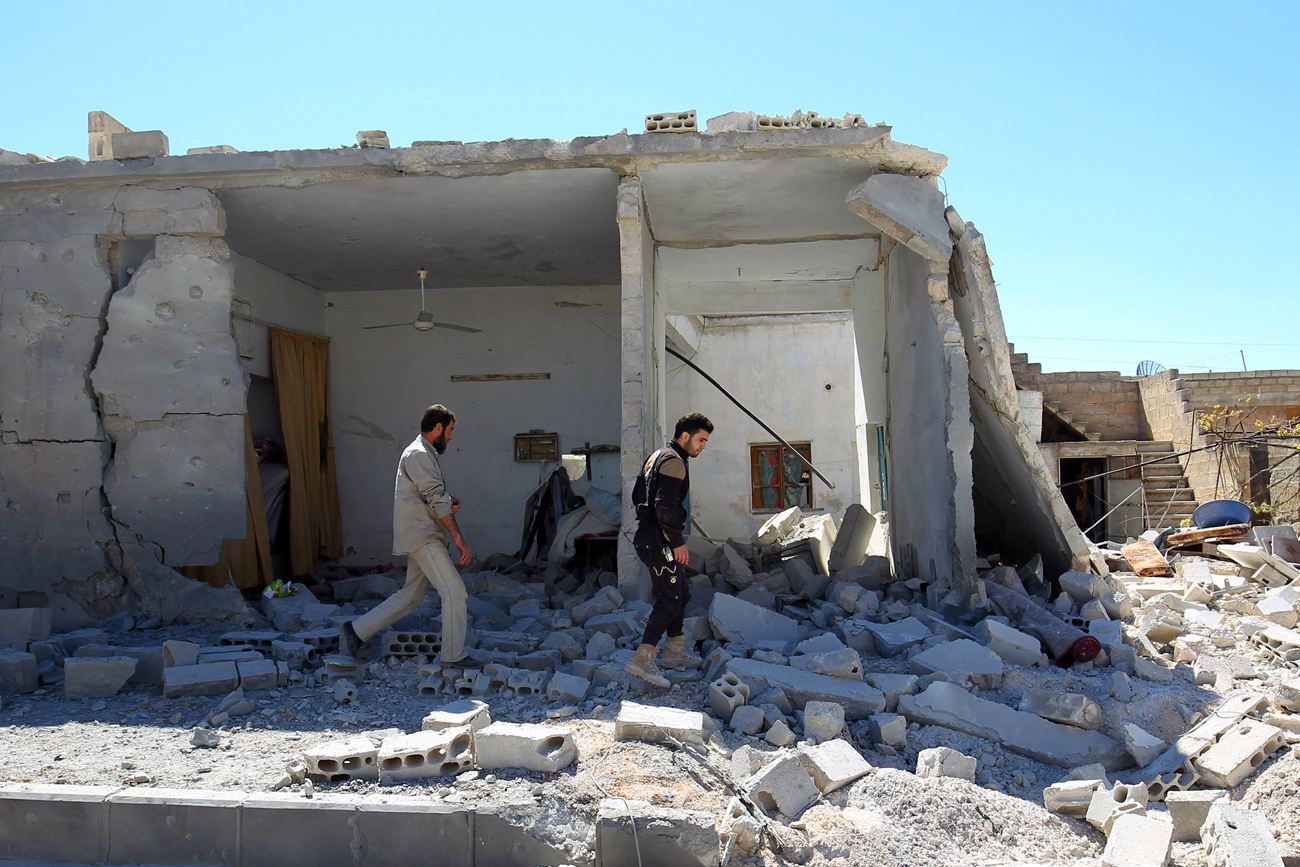 Civil defense members inspect the damage at a site hit by airstrikes, in the town of Khan Sheikhoun in rebel-held Idlib, Syria, April 5, 2017.

Reuters
At least 72 people are dead after the chemical attack in the Syrian province of Idlib. The Syrian opposition and the West are blaming Assad’s regime, while Damascus and Moscow are pointing the finger at the opposition. Whoever it was, experts believe the incident will undermine the prospect of a peaceful settlement in Syria.

The April 4 chemical attack in the city of Khan Shaykhun in Syria's northern province of Idlib, which killed at least 72 people, was first reported by the Syrian Observatory for Human Rights. “One of the neighborhoods of Khan Shaykhun city was bombed with material believed to be gas which caused suffocation,” reads the report on the organization's website.

Video footage showing civilians, including children, being suffocated by gas was immediately circulated by international media. The TASS news agency cites a press release by Doctors Without Borders saying that the neurotoxic agent sarin “or similar compounds” may have been used.

Khan Shaykhun and Idlib in general are under Syrian opposition control. The opposition and Western countries have blamed President Bashar al-Assad’s regime for the attack. U.S. Secretary of State Rex Tillerson described the incident as “brutal and unabashed barbarism,” calling on Assad's ally Russia and Iran to reign in the Syrian president. 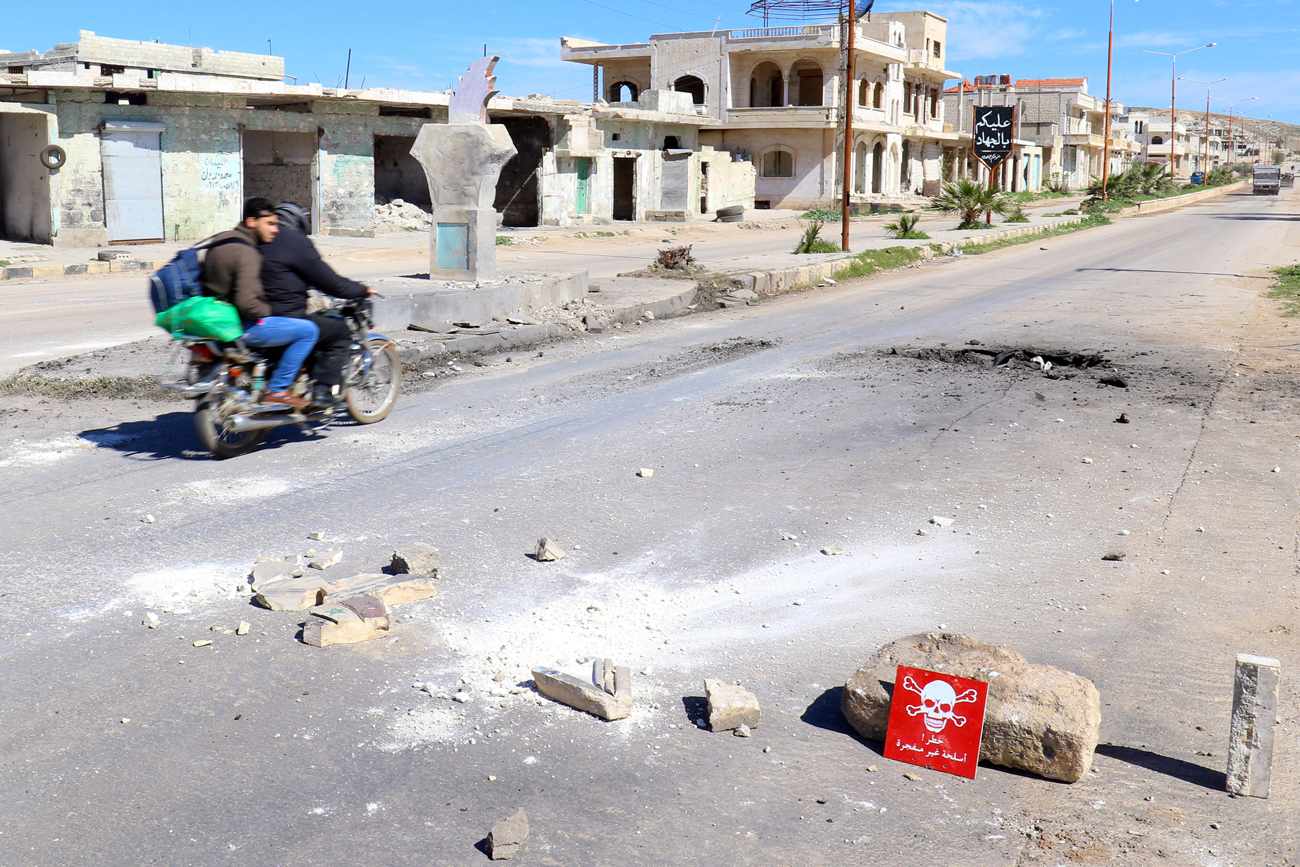 Men ride a motorbike past a hazard sign at a site hit by an airstrike in the town of Khan Sheikhoun in rebel-held Idlib, Syria, April 5, 2017. The hazard sign reads 'Danger, unexploded ammunition.' / Photo: Reuters

The UK also accused the Syrian government: Prime Minister Theresa May stated: “ I’m very clear that there can be no future for Assad in a stable Syria which is representative of all the Syrian people.” Turkey had its say as well, slamming Damascus for the attack and warning Russia that the incident has jeopardized peace talks in Geneva and Astana.

For its part, the Syrian government denies having anything to do with the chemical attack on Khan Shaykhun. “Even during the worst days the Syrian military never used such weapons,” reads a post on the official Facebook page of the Syrian Arab Army. Damascus claims the attack was a fake, a provocation staged by the opposition. 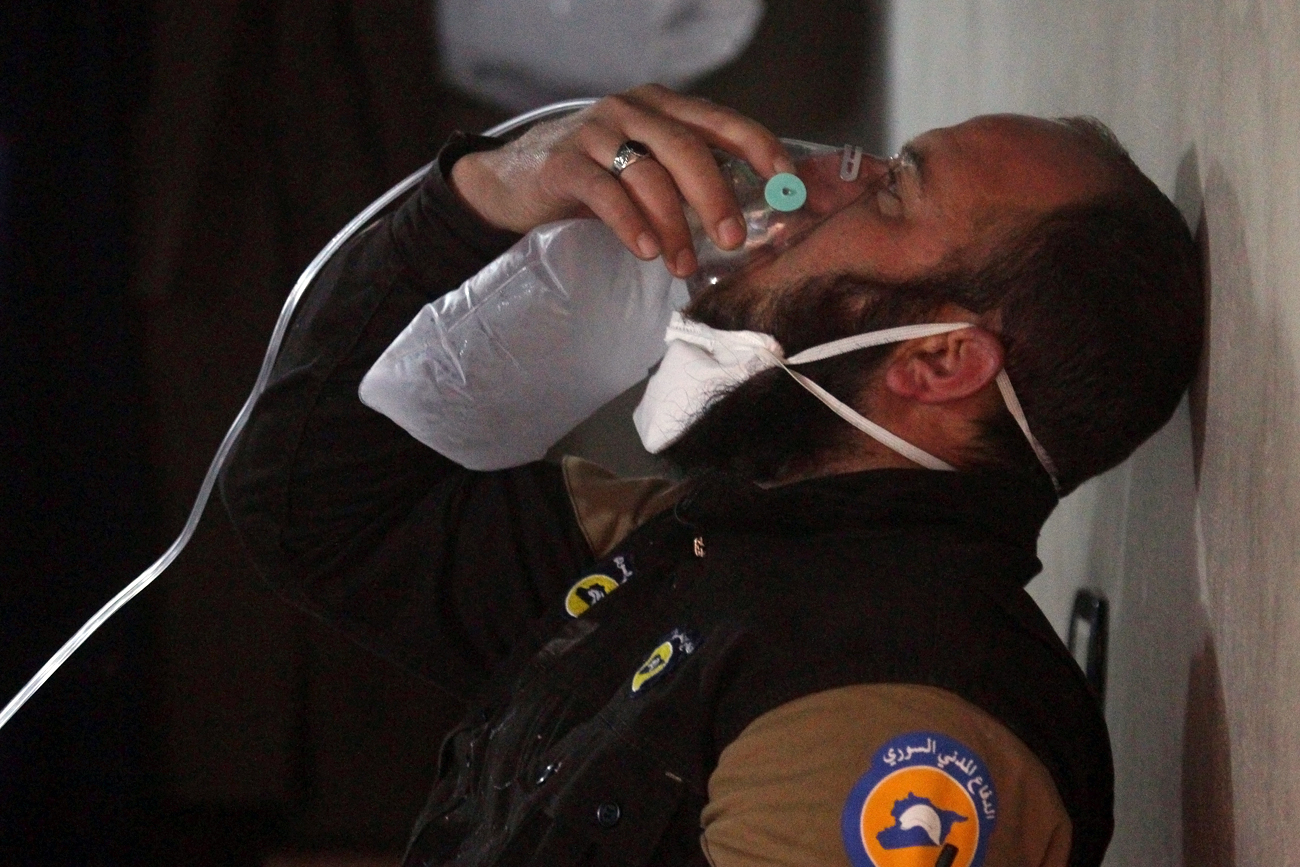 A civil defence member breathes through an oxygen mask, after what rescue workers described as a suspected gas attack in the town of Khan Sheikhoun in rebel-held Idlib, Syria, April 4, 2017. / Photo: Reuters

Moscow shares the view of Damascus. Maria Zakharova, the official spokeswoman of the Russian Foreign Ministry, blasted the media for reporting that the Syrian government was behind the strike and also said international journalists were unfairly blaming Russia. Moscow says the Syrian Air Force did indeed target Khan Shaykhun on April 4, but the warplanes hit a toxic gas plant controlled by the opposition rather than residential quarters.

The UN and the Organization for the Prohibition of Chemical Weapons have launched an inquiry into the incident. Both groups say the details of the attack remain unknown, according to TASS.

Experts’ opinions differ on whether the Syrian army attacked Khan Shaykhun. Sergey Balmasov,a  senior analyst with the Center for Crisis Society Studies, believes the strike was indeed a fake, because Assad does not want to further undermine his already damaged reputation.  “One may take Assad to be a tyrant, but he is not a fool. He would not have bombarded [the opposition] with chemical weapons now without any expected military gain,” Balmasov said. 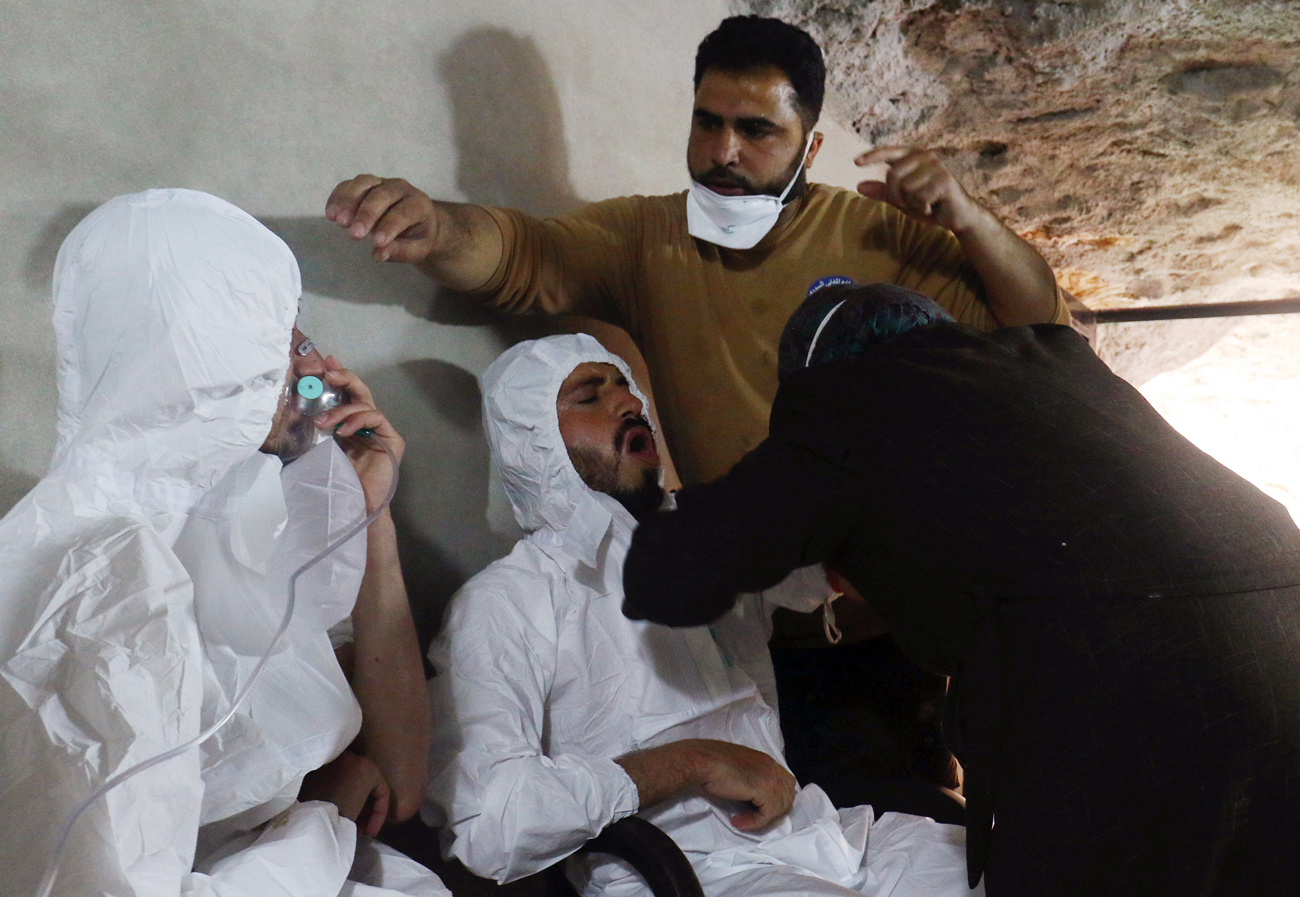 A man breathes through an oxygen mask as another one receives treatments, after what rescue workers described as a suspected gas attack in the town of Khan Sheikhoun in rebel-held Idlib, Syria, April 4, 2017. / Photo: Reuters

On the contrary, Kirill Semenov, who heads the Center for Islamic Studies at the Institute of Innovative Development, notes that Damascus might have attacked the opposition unbeknown to Russia, seeing as Assad, unlike President Vladimir Putin, is thought to be interested in the continuation of the war: “The attack may have been staged in order to thwart the Syrian peace process, so that the Syrian government could blame the opposition for pulling out of the peace talks.”

Whoever stands behind the attack, it appears that the Syrian peace process is well and truly over, says Vladimir Akhmedov, a senior researcher with the Institute of Oriental Studies of the Russian Academy of Sciences: “It’s already clear at this point that the opposition will be accusing the regime and the regime will be denying all the accusations and describing the incident as a militant provocation,” he told RBTH. “Whatever the case, the opportunity for a compromise will be slipping away.”

Akhmedov believes the ceasefire officially announced on December 30, 2016 has been preserved only on paper: The number of ceasefire breaches keeps growing by the week, as does the intensity of hostilities. The Geneva talks, the latest round held on March 23-31, have been stuttering and may be scrapped altogether following the chemical attack, the expert notes.

Grigory Kosach, professor at the Modern East Department of History, Political Science, and Law of the Russian State University for the Humanities, agrees: “So far, the Geneva talks have not succeeded in bringing together the positions of the [Syrian] regime and its opponents. Now that the hostilities have resumed, especially after the use of chemical weapons, the very viability of talks is questionable.”

Read more: How soon will ISIS be defeated in Syria?