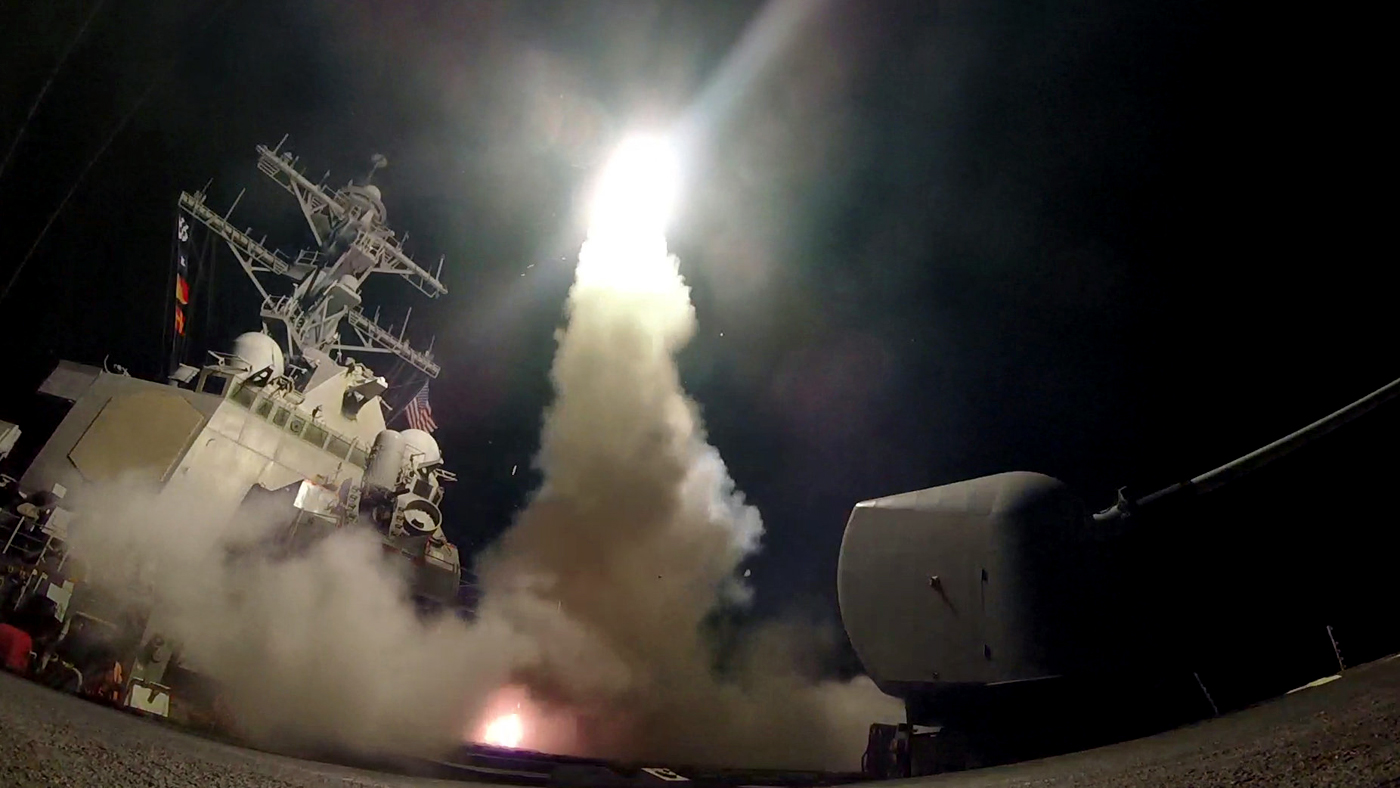 Reuters
The U.S. military fired at least 50 cruise missiles at a military base of the Syrian government forces in the Homs province. Russian president calls U.S. attack aggression that runs counter to international law.

The U.S. strike against Syria’s facilities is an aggression and impairs both the Russian-U.S. relations and the common fight against terrorism, Russian Presidential Spokesman Dmitry Peskov told reporters on April 7 citing the opinion of Russian President Vladimir Putin.

"President Putin considers the U.S. strikes against Syria an aggression against a sovereign country violating the norms of international law, and under a trumped-up pretext at that," Peskov said. He noted that the Syrian army has no chemical weapons stockpiles.

"The fact that all Syrian armed forces’ chemical weapons stockpiles were eliminated was registered and confirmed by the Organization for the Prohibition of Chemical Weapons (OPCW), a specialized UN unit," he said.

"Putin believes that total disregard for the use of chemical weapons by terrorists only exacerbates the situation significantly," Peskov went on to say.

Russia suspends memorandum on flight safety over Syria with U.S.

"Putin also sees the strikes on Syria by the U.S. as an attempt to divert the attention of the international community from numerous civilians casualties in Iraq."

"Washington’s move impairs the Russian-U.S. relations, which are in a deplorable state, substantially," Peskov emphasized.

"And, most importantly, Putin believes that this step does not bring us closer to the ultimate goal in the fight against international terrorism. On the contrary, it creates serious obstacles to efforts to forge an international coalition to fight against it and effectively counter this global evil. By the way, U.S. President Donald Trump proclaimed this as one of the key objectives during his election campaign," the Kremlin spokesman said.

The U.S. military fired at least 50 cruise missiles at a military base of the Syrian government forces in the Homs province on April 7. The missile strike comes in response to what Washington believes was the Syrian government’s use of banned chemical weapons in the province of Idlib. The Tomahawk cruise missiles were intended for a single target - an airfield in the Homs province from which, according to the U.S. intelligence data, the alleged chemical attack was launched. U.S. President Donald Trump confirmed that he had ordered to carry out the strike.

The command of the Syrian Armed Forces has said that six military servicemen had been killed and there are wounded as well. "The U.S. aggression is a violation of all international norms and an attempt to weaken the combat capability of the Syrian army in the fight against terrorist groups," the document said. "Our response to this attack will be the determination to crush terrorists on Syrian soil wherever they are," the Syrian armed forces command said.​