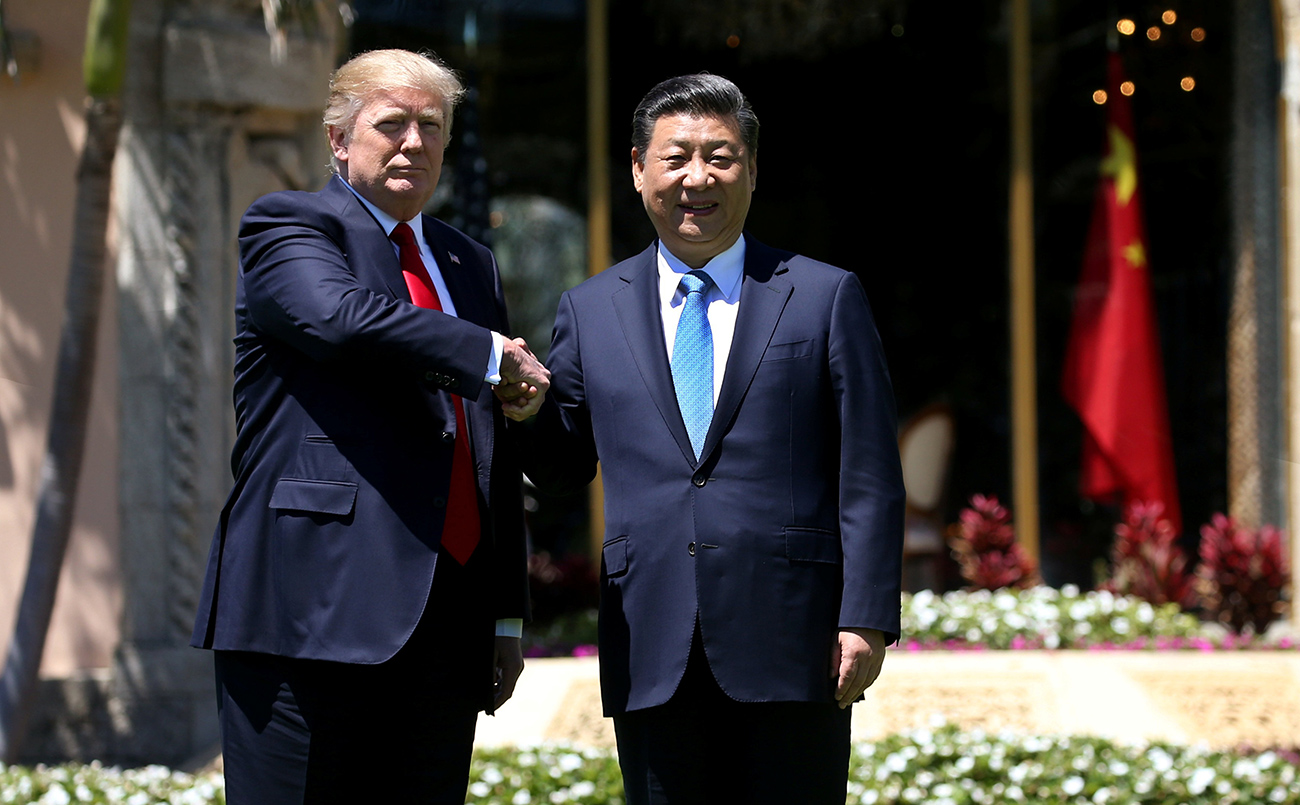 "The moment of the U.S. provocation was selected very accurately. It coincided with Xi Jinping's visit and one of its purposes was to indirectly involve the Chinese leader in this anti-Russian action."

Reuters
"The Americans see China as their main competitor. Although today their aggression is directed towards Russia, their objective fight is with China, with its world expansion," believes Russian Presidential Advisor Sergei Glaziev. Moreover, he says Trump's decision to conduct an airstrike on Syria was "addressed" to Russia.

It seems that as the U.S. and its allies are once again acting offensively on the world stage, China prefers to demonstrate dovish prudence. On April 10, when UK Foreign Secretary Boris Johnson announced the possibility of a new strike on Syria, Beijing declared its readiness to "work with all countries" to find the quickest solution to the Syrian crisis. While Washington is flexing its muscles in Eastern Asia, sending a naval attack group towards the Korean Peninsula, China is promising to rubberstamp a series of measures to avoid a trade war with America.

Is China really ready to make a compromise with the U.S. behind Russia's back? RAS academician and Presidential Advisor Sergei Glaziev shares his opinion.

Vzglyad: Today everyone is trying to guess what motivated President Donald Trump to strike Syria. Do you think it was an emotional response?

Sergei Glaziev: I don't think so. This was cold, pragmatic calculation, aimed at involving Russia in another escalation. On the surface the real objective is camouflaged.

In this sense the Trump administration will continue the policy of the previous president. This is a consistent U.S. strategy. It encompasses a big part of the world, threatening Russian and world security. We should not expect any serious change in America's anti-Russian strategy. For them Russia is just another link in the chain of the chaos that they created in the whole world to strengthen their control of the periphery, trying to maintain their global hegemony while competing with China. 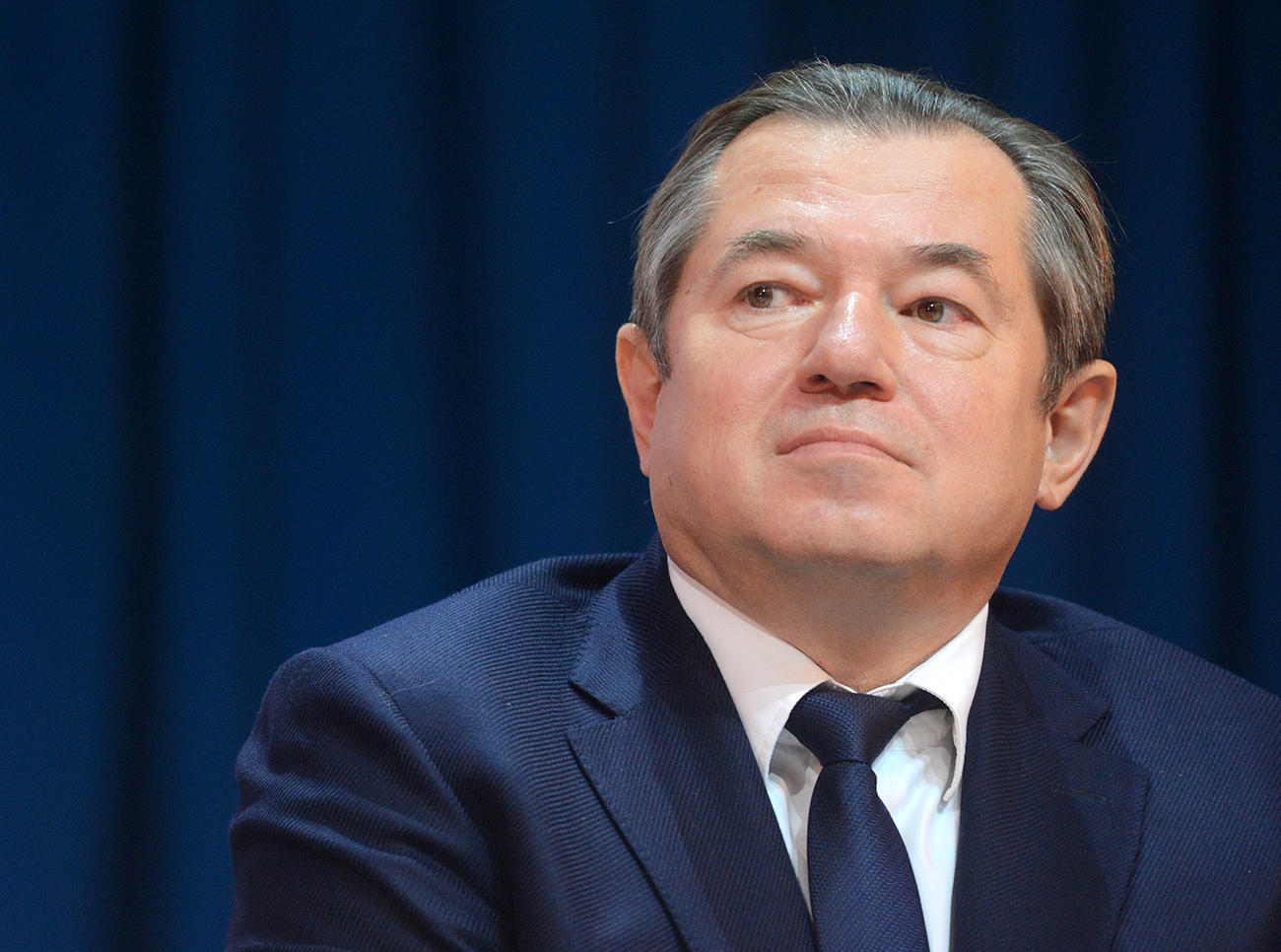 Do you think that Trump, during his election campaign, knew that if he got elected he would throw his promise of not interfering in the affairs of other state’s out the window?

He is a pragmatic person, who was rather cynical in his business affairs, having declared bankruptcy several times. And he’s not afraid of the U.S. default on its debt, something that I think will happen. Therefore, I don't believe that he makes strategically important decisions based on his emotions.

Especially since the moment of this provocation was selected very accurately. It coincided with Xi Jinping's visit and one of its purposes was to indirectly involve the Chinese leader in this anti-Russian action. Fortunately, I don’t think this will happen, because our relations with China are also being built on a pragmatic basis, on an objective convergence of our interests. Neither Russia nor China needs war. It’s in our common interest to build an anti-war coalition that will stop American aggression. In order to do so the coalition must have potential that is similar to that of the U.S.

Since on the military-political and currency-financial level our possibilities are very limited, while those of the U.S. are unlimited, since they issue the world currency, the only way to neutralize the possibility of a further increase of aggression is to renounce the dollar as a world currency. If we are able to do this within the framework of the great Eurasian partnership, America's military-political machine will collapse very quickly - basically because it will lack money.

Has the probability of Trump and Xi making a compromise behind Russia's back increased?

We do not know the results of the visit, but the potential of Chinese-American cooperation is very big. Beijing cherishes this hope. But I would like to remind our Chinese friends what one of our famous 19th century geopolitical experts said: The only thing worse than war with the Anglo-Saxons is friendship with them. They base their relations exclusively on the position of domination. As we have seen in the course of many centuries, they aspire to submit their partner and force him to dance to their tune.

The Chinese leadership will never accept this. Therefore, due to the difference in interests, geopolitical traditions and strategies “Chimerica” will not happen. But both sides have something to offer the other. Washington wants the value of the Yuan to increase, Beijing wants access to American technologies, including military technologies…We'll see. There's a lot of room for manoeuvring, because the partnership between these countries is very big and multifaceted. At the same time the Americans see China as their main competitor. Although today their aggression is directed towards Russia, their objective fight is with China, with its world expansion. In terms of economy, China has already surpassed the U.S. and its foreign economic strategy deprives the Americans of control of significant parts of the world market, including South-eastern Asia, but also Latin America, where China is building infrastructure very actively, and Africa.

Read more: Trump and Xi tandem could shape or ‘rape’ the world. But it won’t>>>