Russian Foreign Ministry warns Russians about how to behave abroad 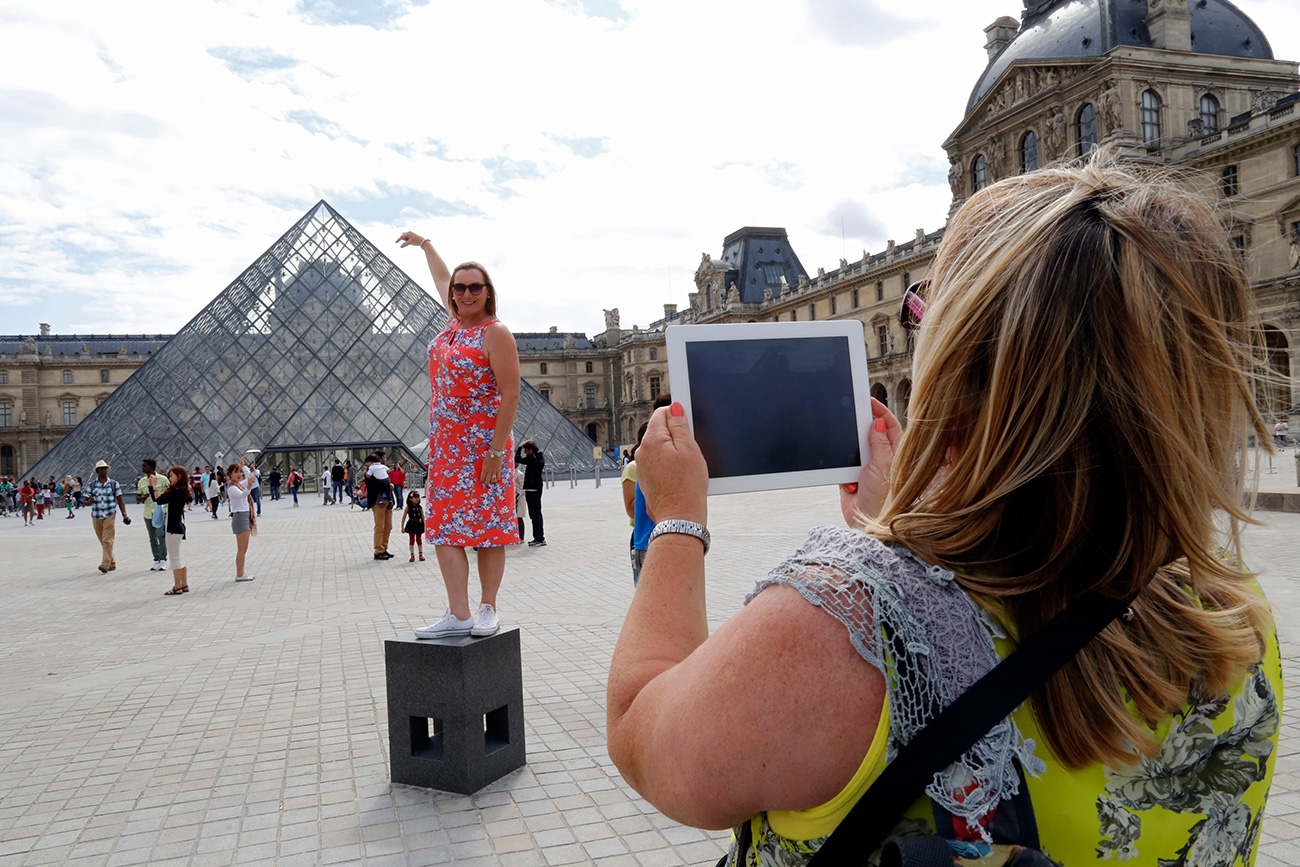 Ahead of the holiday season, the Russian MFA updated its recommendations on how not to offend the locals, how not to end up in jail, and how not to earn the reputation of a "bad Russian." Photo: A tourist poses for a souvenir picture near the Pyramid of the Louvre Museum in Paris.

Reuters
Russia’s Ministry of Foreign Affairs has warned Russian citizens about problems they might encounter when travelling to other countries, and has published a voluminous brochure. It contains recommendations on how not to be beaten up or get imprisoned, among other things.

Ahead of the holiday season, the Russian Ministry of Foreign Affairs (MFA) has decided to remind Russians about how to behave when abroad, and has updated its recommendations. How not to offend the locals, how not to end up in jail, how not to earn the reputation of a "bad Russian," how not to be beaten up or mugged, and so on.

It includes standard rules of behaviour (to be friendly, not to break the laws, not to go for a walk in a shanty town or a deprived area, not to criticize the national cuisine out loud to the whole restaurant, etc.), as well as quite specific advice for individual countries. This year, in particular, the ministry decided to replace the word "gays" with the phrase "representatives of sexual minorities," something that, once again, has attracted attention to the brochure.

"Not the best place" for salacious jokes

There are two topics about which the MFA warns Russian citizens with particular urgency: "Non-traditional sexual orientation" and the "skin color of the local population."

For instance, in countries that may have a black population in one proportion or another the words "negro" and "n**ger" should not be used. 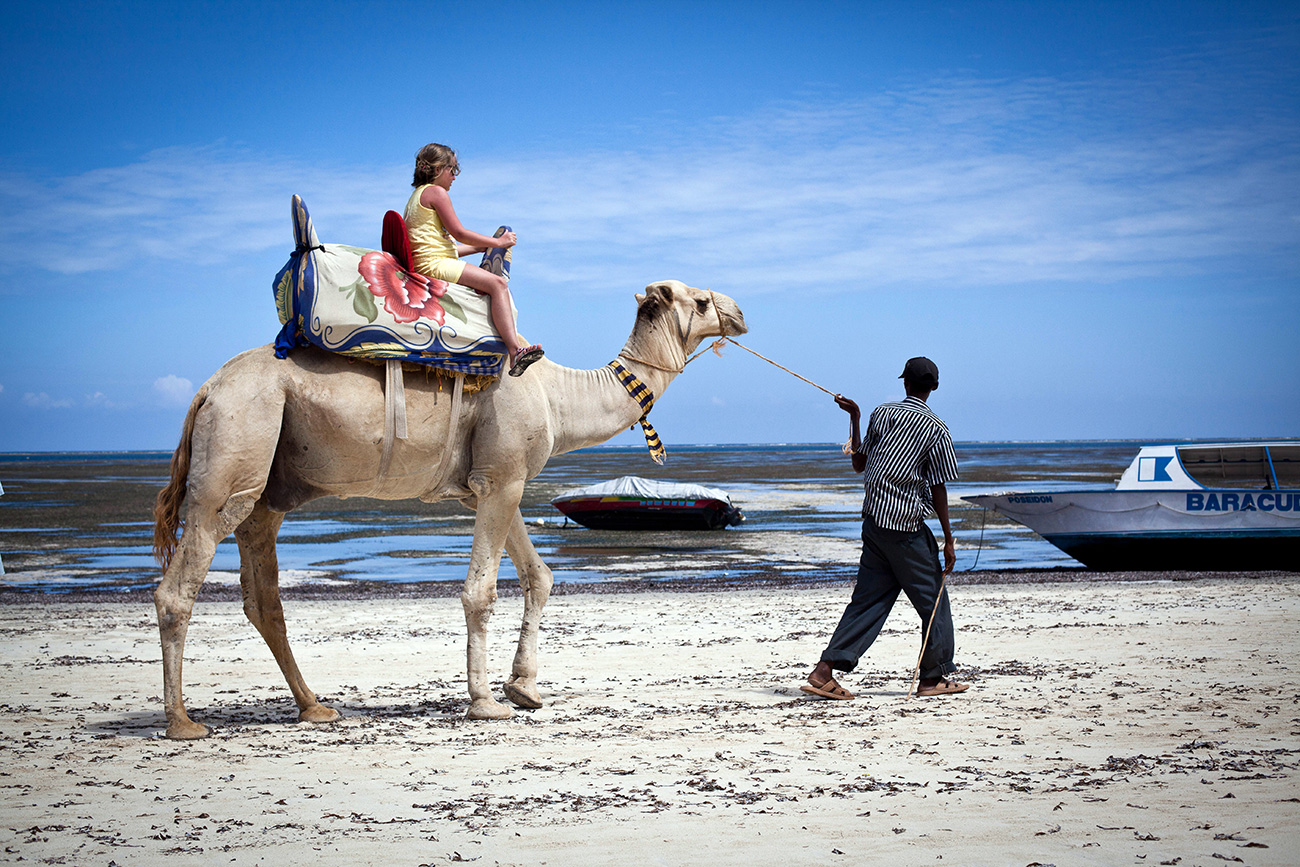 Many Russians can't really understand why a word like "negro" causes offense. Photo: A girl riding a camel along the Bamburi beach in the city of Mombasa. Source: AFP

Perhaps an official document has to deal with this topic for the reason that many Russians can't really understand why a word like "negro" causes offense. For many it is almost the same as "black" [the MFA did not respond to RBTH's request for comment]. Their logic is this: "If white people do not take offense when they are called white, then why do black people view the word 'negro' as an insult?"

Attitudes to sexual minorities have also required additional guidance (in Russia two-thirds of the country's population is prone to homophobic sentiment, according to opinion polls). Hence, the MFA warns Russians: In Spain, for example, publicly expressing negative attitudes to persons of non-traditional sexual orientation "won't be met with understanding from others, so should be avoided."

In particular, Canada – where same-sex marriages have long been legalized – the brochure claims "there is a serious 'fixation' on gender equality."

"It is not the best place for retelling 'salacious locker-room' jokes about 'non-traditionalists'," it reads.

In big cities that have "areas densely populated by representatives of sexual minorities" there is "a risk of ending up with a penalty in the form of a fine", the brochure continues. 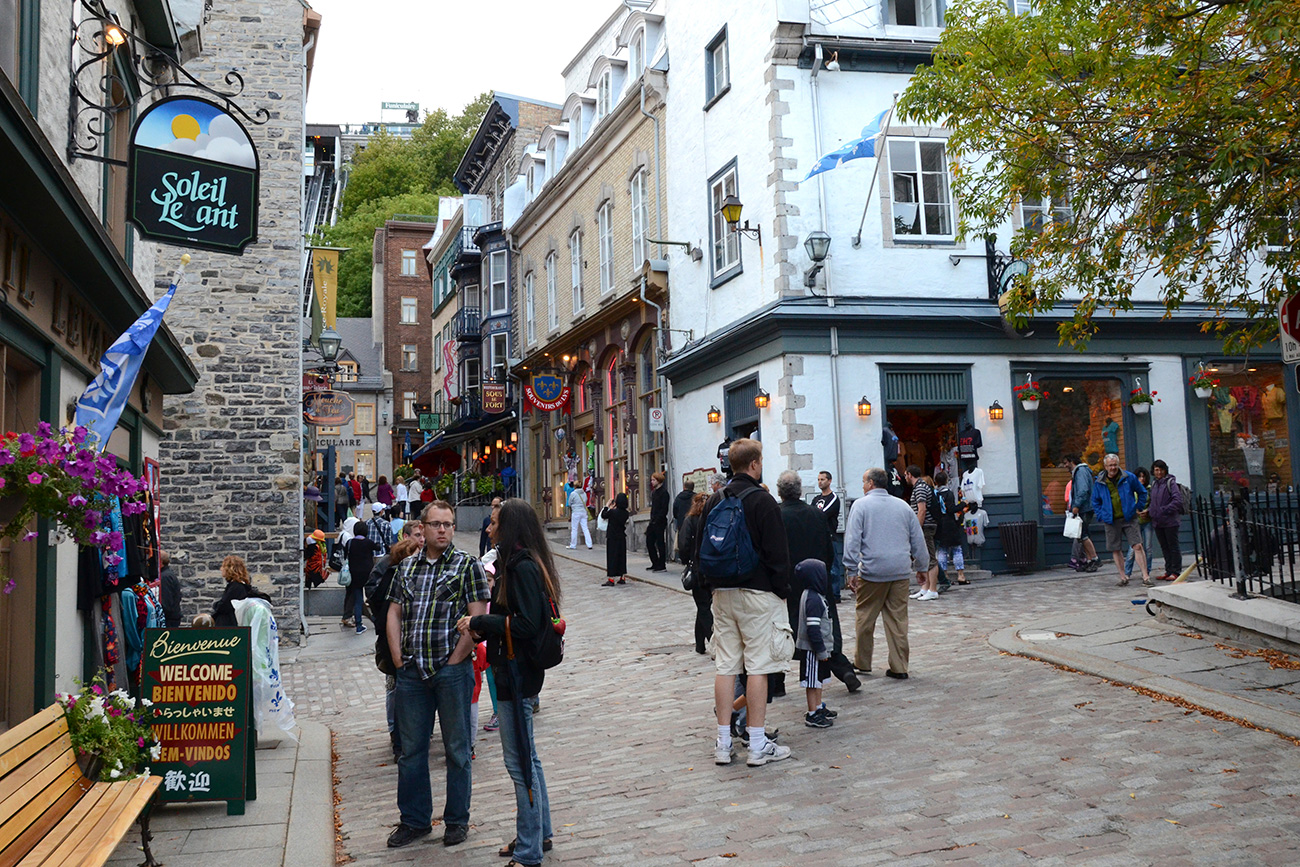 Canada – where same-sex marriages have long been legalized – the brochure claims "there is a serious 'fixation' on gender equality." Photo: People stroll through old Quebec City. Source: AP

"Don't shout at the Thais or smack children in Norway"

Travellers to France are also advised not to react to people from the LGBT community. When visiting the country, it is recommended that Russians should also forget about addressing a waiter as "Garcon." It is better to address them as "Monsieur" or "Madame." And it is strongly recommended that those who do not speak French should ask for the menu in Russian or English because "attempts to voice the names of dishes in French without knowing the rules of pronunciation can lead to conflict."

The MFA also warns of Canadians' "sense of self-awareness and distinctness" from Americans. The same applies to the Dutch and Germans – they should by no means be compared to each other. With the Danes, according to the ministry, one should be particularly careful and keep one's distance, avoid questions about their level of income, their job or religion, and not ask about their sexual orientation or ethnic background. Apparently it is better not to ask any personal questions at all.

One should also manifest "extreme caution" when talking about relations between the two Koreas. And only one recommendation is given to Russians visiting Norway – to pay special attention to the country's ban on all forms of violence against children, "including smacks, slaps on the back of the head or raising one's voice," diplomats explain. This is probably because on television in Russia, Norway is often mentioned in the context of the actions of its child welfare services, which it describes as "child welfare hell." In Russia, representatives of neither the authorities nor the Church regard smacking children as a form of violence.

It was also necessary to warn Russians that under no circumstances should they stroke a Thai person on the head or shout at them, otherwise "they will stop doing anything for you, even if it is part of their job."

It is not clear on what grounds the MFA decided not to give any advice to Russians travelling to the U.S. But those who go to China are advised to immediately tell the locals that they have come from Russia because "the attitude in China to our country is positive" and "one can feel a certain positive disposition towards oneself."

Maya Lomidze, president of the Association of Tour Operators of Russia

This brochure was published many years ago and all one can say about it is: "This is how the MFA sees it." The world is much broader, and these recommendations could have included many more aspects. During a visit to any country, Russians are given additional advice about the rules of staying there. Each country has its own nuances even if it is a country with a familiar culture and daily life. And the recommendations, as a rule, do not exclude such details as how to behave with people of non-traditional sexual orientation and who can be called an ape and who must not. In some cases, when required, the recommendations are updated taking into account the MFA's recommendations.

Perhaps, the MFA's views reflect some specific incidents and we simply don't know about them. We don't know of Russians often getting into trouble for lack of awareness of such cultural and social peculiarities of different countries.