Will Russia come to Qatar's defense? 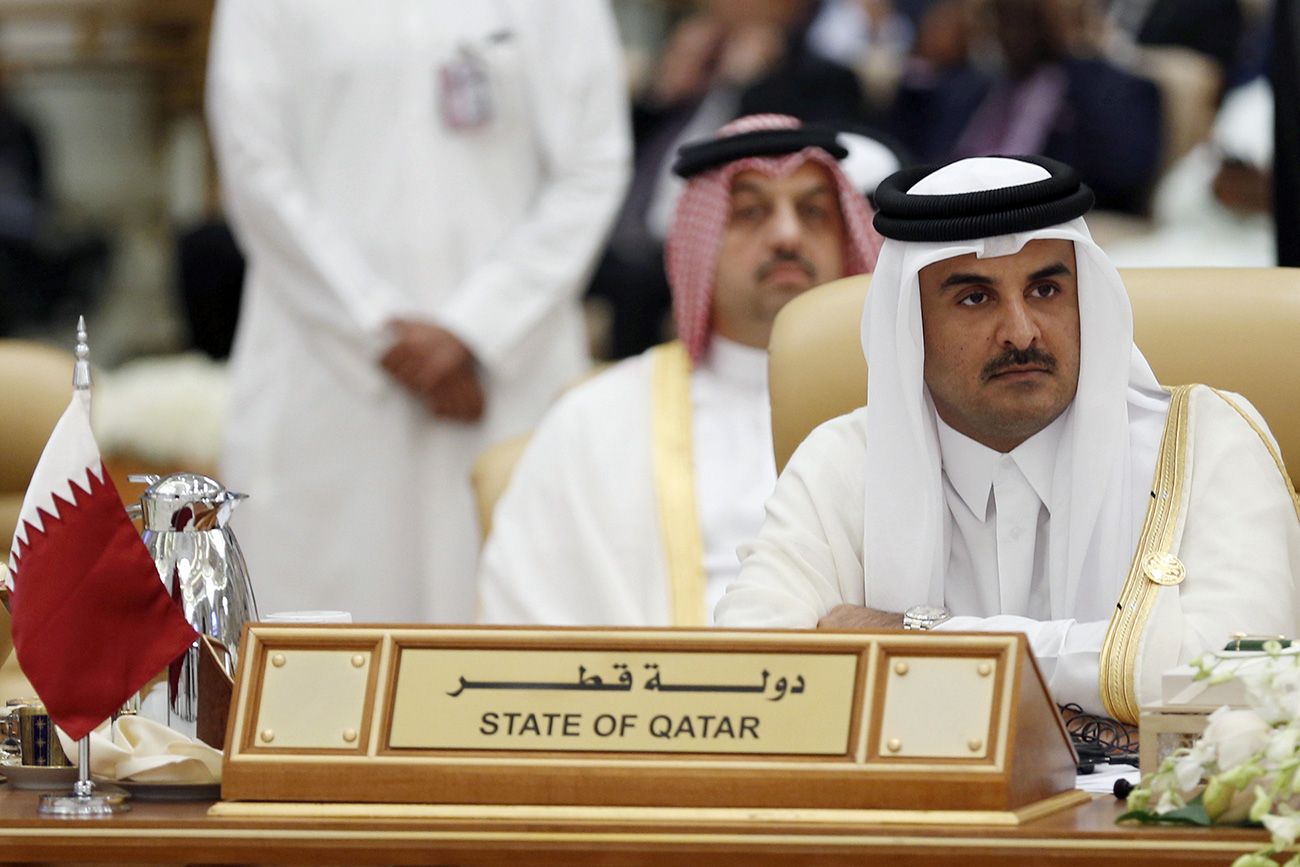 Expert: "The attack on small but rich Qatar is linked to the exacerbated confrontation between Saudi Arabia and Iran. Photo: The Emir of Qatar Tamim bin Hamad al-Thani.

Reuters
Several states suddenly severed relations with Qatar on June 5 - they want to isolate the country from the Arab world. Russian experts believe that Moscow should not take sides in the conflict. Russia already has difficult relations with both Qatar and its enemies.

On June 5, Qatar, a small Arab state (area: 11,586 sq.km, population: 2.4m) on the Gulf Coast, attracted the attention of the whole world. Six countries - Saudi Arabia, the United Arab Emirates, Bahrain, Egypt, Yemen, and the Maldives, as well as the provisional government of Libya - cut all relations with Doha.

Qatar was directly accused of supporting terrorism (ISIS, Al-Qaeda, and the Muslim Brotherhood) and destabilizing the Middle East region. Saudi Arabia, the UAE, and Bahrain have given all Qatari nationals two weeks to leave the territory of their countries. The Foreign Ministry of Qatar has said it "regrets" the actions of the states which broke off relations.

The attack on small but rich Qatar (its hydrocarbon wealth places it 3rd in the world for natural gas reserves), is linked to the exacerbated confrontation between Saudi Arabia and Iran, says arabist Grigory Kosach, professor of the Modern Eastern Studies Department at the Russian State University of Humanities. The Saudis regard Tehran as the main evil in the Middle East and seek to create an alliance of Arab countries for countering the Iranian threat.

For its part, Qatar - according to the expert -  has pursued an independent policy and has now paid the price. "The [recent] statements by Qatar’s ruler, Emir Tamim, to the effect that Iran is an important regional power and its role should be taken into account, have been condemned in the Saudi capital," Kosach told RBTH. 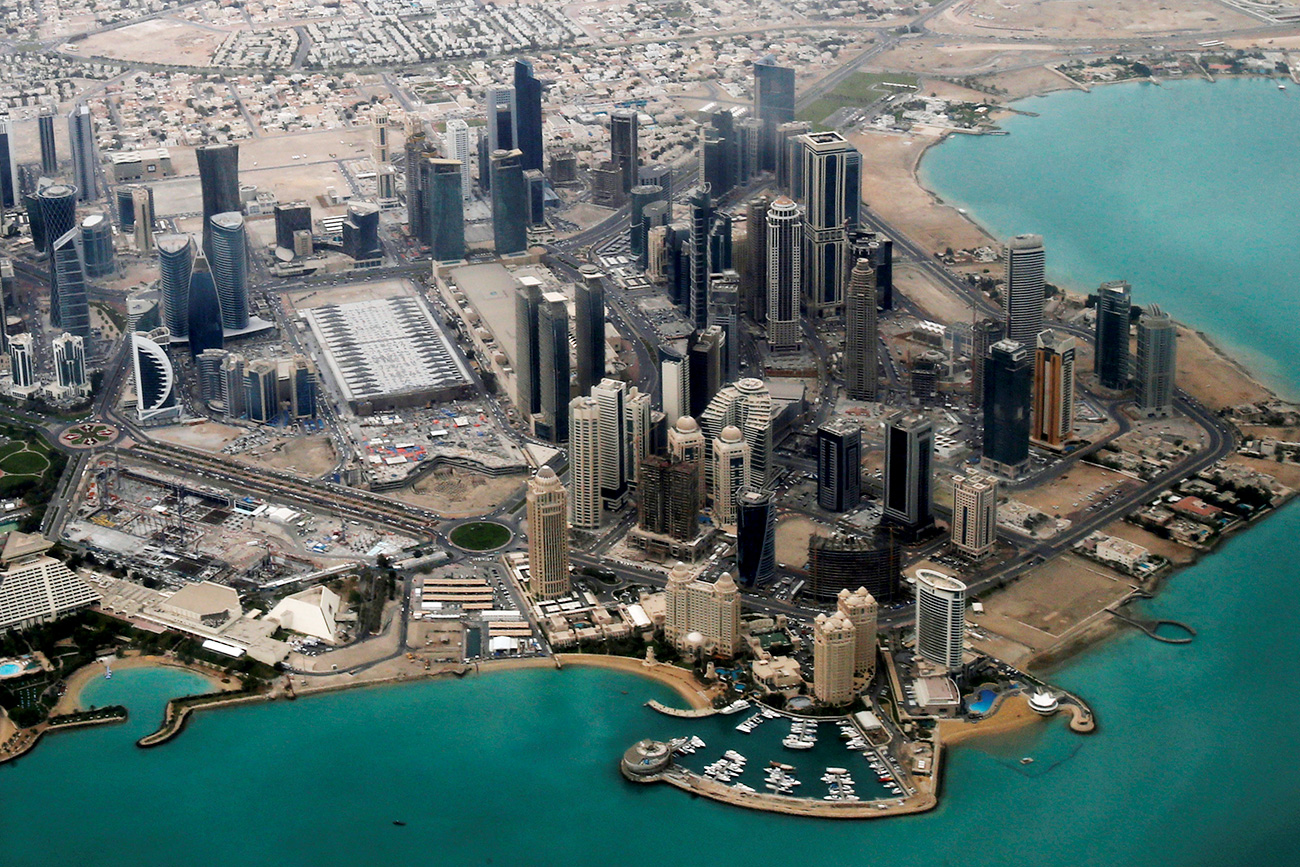 Expert: "The [recent] statements by Qatar’s ruler, Emir Tamim, to the effect that Iran is an important regional power and its role should be taken into account, have been condemned in the Saudi capital." An aerial view of Doha's diplomatic area. Source: Reuters

Doha officials later described the emir's remarks as fake news but that did not lessen the wrath of the Saudis - especially since Qatar, as Anton Mardasov - head of the Department of Middle Eastern Conflicts at the Institute for Innovative Development - points out, cooperates with Iran, including in Syria, where the countries are negotiating an exchange of prisoners between the Shiites and Sunnis.

President Donald Trump's visit to Riyadh on May 24 also played a role. He fully supported the kingdom, saying that Iran is the main threat to the Middle East. "This visit, of course, inspired the Saudi elite and gave it new hope," Kosach explains. Therefore, shortly after the visit, the Saudis decided to strike at the defiant emirate.

Moscow has a difficult history of relations with Doha. In 2004, in Doha, agents of the Russian special services assassinated Zelimkhan Yandarbiyev, one of the leaders of the Chechen separatists who was hiding in that country. The two special service agents were sentenced to life imprisonment by the Qatari authorities and were only able to return to Russia after long negotiations.

In November 2011 there was another scandal when Russian ambassador Vladimir Titorenko was beaten by customs officers at Doha airport. The media linked the incident to the confrontation between Russia and Qatar in Syria, where Russia supports the regime and Qatar the opposition. Following the incident, Russia lowered its level of diplomatic relations with Qatar. 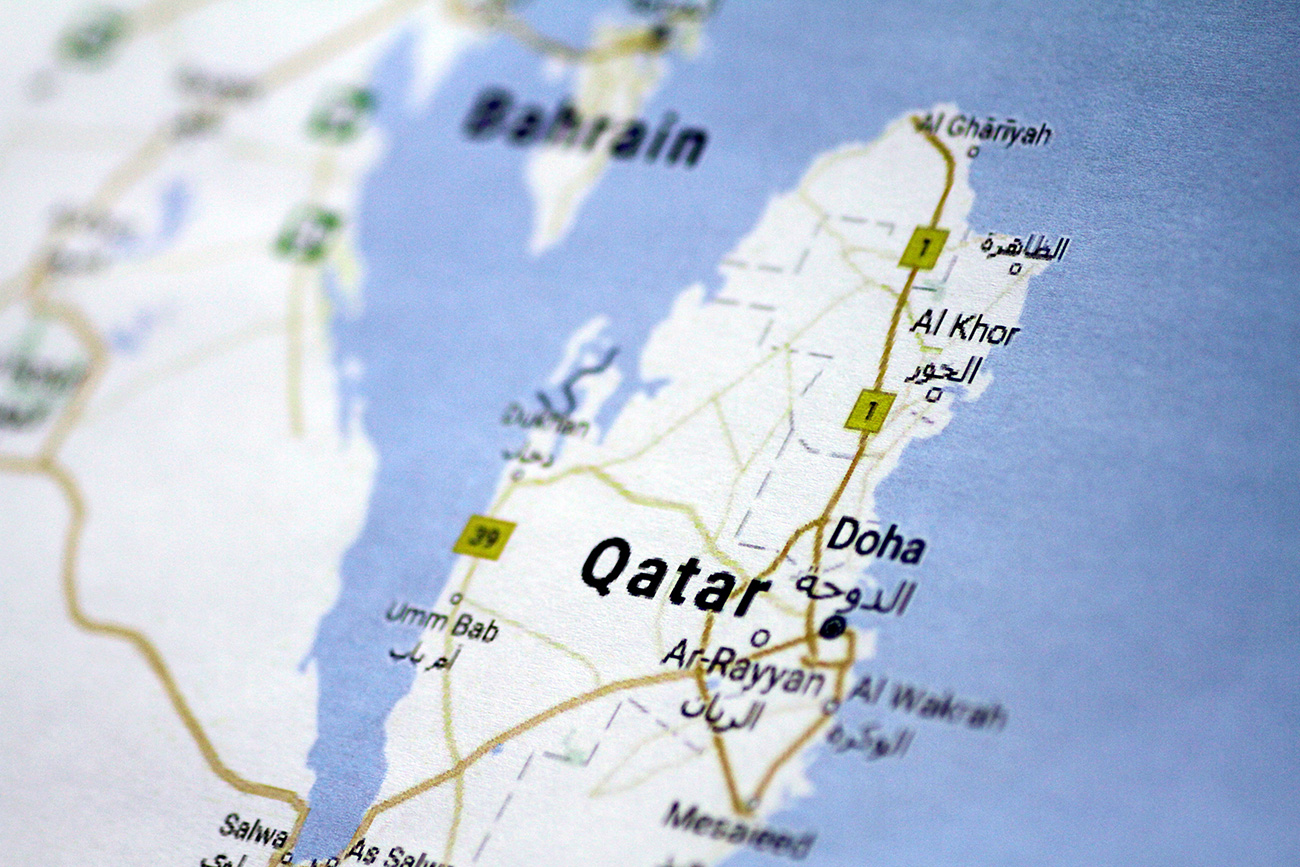 "President Donald Trump's visit to Riyadh on May 24 also played a role." A map of Qatar is seen in this picture illustration. Source: Reuters

In addition to the disagreements over Syria, Russia, and Qatar are competitors on the natural gas market. There is a suggestion that the war in Syria broke out after Russia's ally Bashar al-Assad blocked the idea of a gas pipeline going through the territory of his country through which gas from Qatar was supposed to reach Europe.

Most experts, however, do not support this theory. Thus, Mikhail Krutikhin, an expert on the oil and gas market, in an article for Forbes explains that, for economic reasons, it’s simply not profitable for Qatar to lay a pipeline to Europe via Syria. "Any projects to deliver Qatari gas to Europe by land will economically lose out to shipments of liquefied gas by sea," Krutikhin says.

Anyway, irrespective of how difficult Russia's relations with Qatar might be, Moscow's relations with Qatar's main enemy in the region, Saudi Arabia, are no better. "Russia generally has difficult relations with the Gulf countries," says Anton Mardasov. "Now we are trying to improve these relations." In the circumstances, according to Mardasov, it doesn't make sense for Russia to take sides in a conflict that doesn't affect it.

Grigory Kosach shares the same view. According to him, the main thing for Moscow in the conflict is to ensure that the disagreements should not lead to major fluctuations on the hydrocarbon market and the rest doesn't concern it. "Russia will receive no dividends if it supports either side in the conflict," Kosach told RBTH. "The most sensible thing, in my opinion, would be to take a position of absolute neutrality and adopt an official rhetoric along the lines of 'stop fighting, guys'."

So far Russia has done just that. Presidential press secretary Dmitry Peskov has said Russia is not going to interfere in the Gulf's internal affairs and expressed hope that the situation will be resolved peacefully. He refused to comment on the accusations that Qatar supports terrorism.