The abolishment of visa requirements for European tourists would translate into growth of 25-30 percent in the first year only.

AP
Russian travel agencies are lobbying the government, insisting on simplifying the visa system in order to boost inbound tourism. Will the expectations of an enhanced revenue stream outweigh the security considerations?

The Russian Ministry of Foreign Affairs, in its capacity of the main access-granting authority for “outsiders,” acting as the gatekeeper and entry visa bookkeeper, has been approached by nine prominent tour operators specializing in inbound tourism.

The representatives of the industry have appealed to the ministry to soften the existing visa requirements for transit tourists and start issuing them with a visa-free sojourn of up to 72 hours at border checkpoints, and also widen the provision of electronic visas.

The ad hoc lobbying group include such local brand names as Intourist/Thomas Cook, City Sightseeing Moscow, Roza Vetrov, and Academservice. The arguments in support of easing visa issuance are as many as they are convincing and compelling.

For the moment, inbound tourism registers a modest annual growth of around 4-5 percent, if counted in numbers of travelers. Senior figures in Russia’s tourist industry stress that this represents a huge missed opportunity, while claiming that there is a verified potential for an exponential surge. 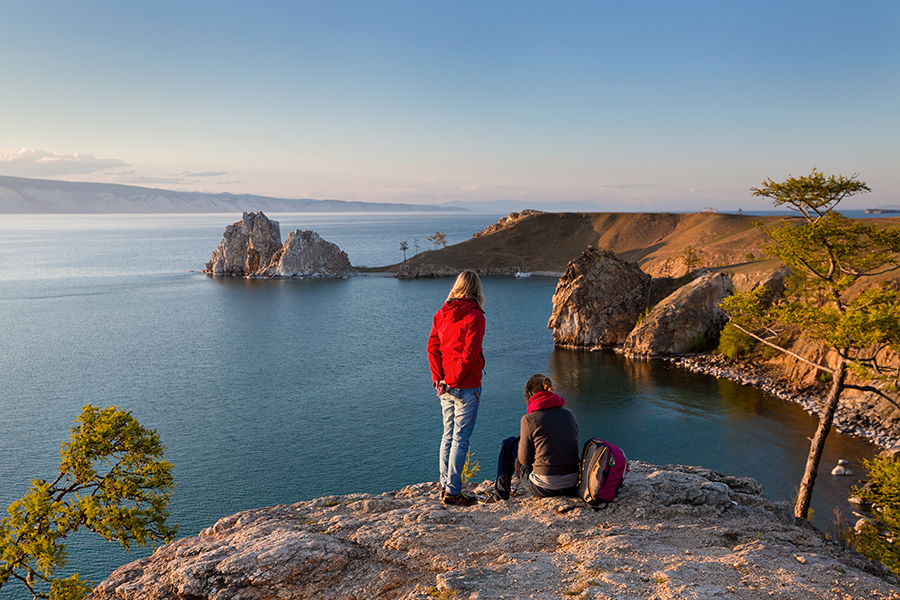 Demand for travel to Russia rises by 30% among European tourists>>>

The abolishment of visa requirements for European tourists would translate into growth of 25-30 percent in the first year only, according to Leonid Marmer, CEO of Intourist.

This upbeat extrapolation is given weight by the already calculated end results of Russia and South Korea canceling their mutual visa regime in 2014. The number of visitors to Russia from the Land of Morning Freshness, as Korea has been known since the Han dynasty, surged from 40,000 tourists in 2013 to 70,000 in 2015, meaning it has almost doubled. The increased volumes have brought much-needed cash to the regions receiving the visitors.

In order to welcome more foreigners coming on non-business trips to Russia another adjustment is essential. A single-entry visa to Russia currently costs an average of $100, which is a formidable barrier for conventional travelers belonging to the middle class, making them money-conscious and obliging them to look for economy-class accommodation.

If visa is priced at around $20-30, it would be a powerful stimulus for many foreigners on the lookout for a new holiday destination, said Oleg Safonov, head of Russia’s Federal Agency for Tourism (Rostourism).

Yet lowering visa fees would diminish the revenues received by the Russian Ministry of Foreign Affairs. Then again, this tariff is not introduced unilaterally; it is subject to bilateral arrangements concluded, as a standard diplomatic practice, on the basis of reciprocity.

The appeal of tourism is rooted in an unbeatable argument:  Cutting or tearing the red tape would unchain a dynamic sector of the Russian economy capable of generating sustainable revenues and filling the state coffers through taxes. This is all on the upside.

On the downside, the appeal by the tourist agencies is to target “Western” visitors, despite the apparent lack of interest in traveling that far by residents of countries on the other side of the Atlantic, which is supported by statistics.

It also comes against the relative decline in the last two years in the numbers of Europeans eager to explore and/or vacation in Russia, which is currently subject to EU sanctions and demonization by hard-line media.

Moreover, Russia still needs to do its homework and upgrade the hospitality sector’s infrastructure; in particular, it needs to ensure that there are sufficient numbers of hotel rooms across the price spectrum.

This is far from being accomplished despite the fact that there are some new hotels under construction aimed at hosting visitors to upcoming sporting tournaments such as the 2018 FIFA World Cup. According to Business Monitor International, the weak ruble affects the interest of major international hotel chains, which are profit-oriented and assess “occupancy rates and potential room revenue returns.”

Another key objection comes from law-enforcement agencies, which have raised security concerns.

The on-going multiple-front conflicts in the Middle East and the “migrant crisis” still unfolding in Europe jeopardize the effectiveness of the existing filtering procedures. 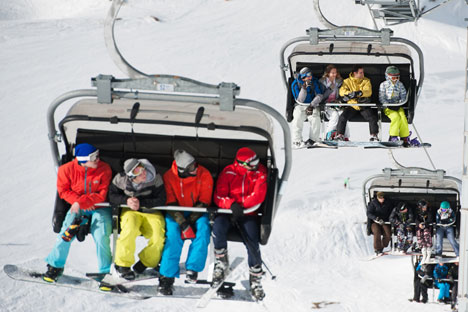 Why economic crisis has a silver lining for Sochi>>>

This argument is disputed by Oleg Safonov of Rostourism.

He claims that simplification of visa formalities does not contravene security requirements that have been tightened because of a terrorist threat.

“When e-visas are issued, all necessary security checks are conducted with regard to potential tourists,” said Safonov.

The ball has been already set in motion. At the end of February, Foreign Minister Sergei Lavrov spoke in favour of cooperating with Arab countries to promote tourism and liberalize the visa regime between Russia and those nations.

At the beginning of March, the official representative of the Foreign Ministry, Maria Zakharova, revealed that Russia is negotiating with 40 countries to ease the visa regime and with 24 countries to cancel visa requirements altogether. She did not name the countries, but it appears that China, India and Japan are being engaged in talks to soften travel restrictions both ways.

Riding on the back of a weak ruble

It seems to be clear that the move to ease visa restrictions will pay off for Russia, given that foreign entrepreneurs have already capitalized on the weakening of the ruble.

One Delhi-based company specialising in travel to Russia, for instance, has come up with a lucrative offer: a three-night package to Moscow, including return airfare, visa fee, 4-star accommodation, and sightseeing at an affordable price.

“Earlier only luxury clients and niche travelers were traveling to Russia because it was unaffordable,” said Charu Makin, director of the company, Delmos Aviation, which operates tourism business under the Visit Russia brand.

“Now the idea is to increase the numbers by bringing the destination within reach of mass travelers, and the ruble is helping us do this.” 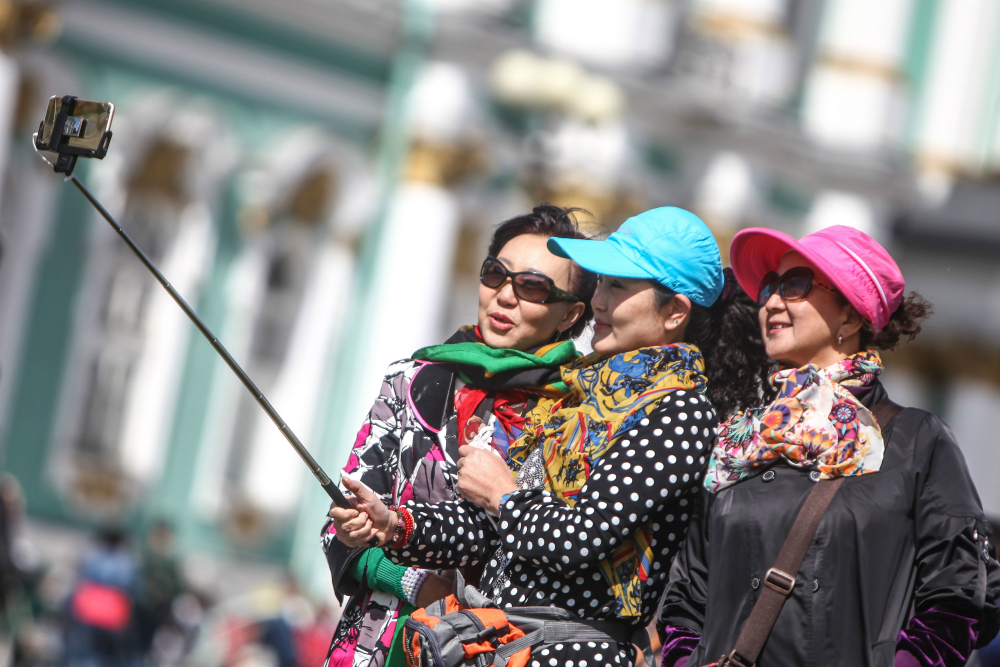 Adding to the argument, a senior Chinese diplomat has recently revealed that in the last two years the number of his countrymen visiting Russia has doubled, reaching 1.1 million.

Beijing is aiming to increase the flow of tourists to five million.

Since each traveler spends around $2,000 on a trip, according to the diplomat, Chinese tourism alone would bring Russia some $10 billion in revenues annually.

In sum, Russia as a tourist destination has much to offer in terms of spellbinding natural beauty, an exotic environment, and cultural heritage. It would be unwise not to turn it into a commodity, especially since it enhances Russia’s soft power.

This argument could prove to be the royal flush in the dispute between those who accentuate openness and those responsible for national security.

There is a fair chance of establishing the correct, delicate balance between the two considerations. The Russian government, in particular the Ministry of Foreign Affairs, seems to be determined to find this balance, and thus enhance soft power while ensuring a sustainable cash flow.