Why the Cuban thaw risks taking the island back in time 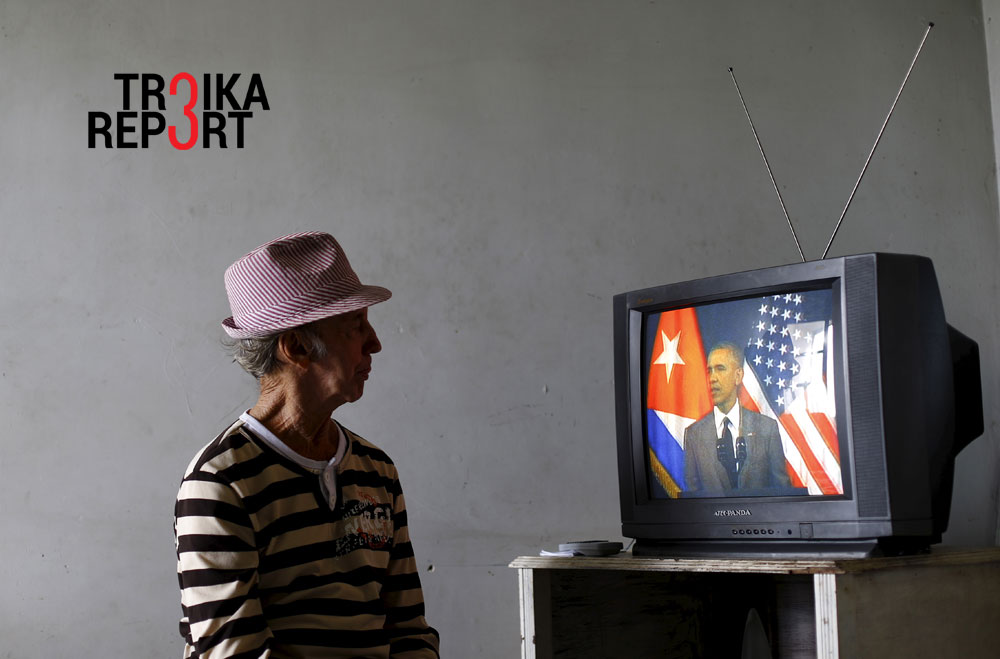 Reuters
As Cuba forges closer ties with the United States, heralding a wave of investment in the formerly isolated communist state and the end of an era, is Moscow likely to have any regrets?

Does Russia stand to gain or to lose from the accelerating metamorphosis of Cuba? It’s unlikely Moscow will miss the decomposing communist regime. It’s improbable it will watch with dismay how Cubans fall into the sweet trap of consumerism (the same thing happened in Russia, after all). It’s hardly conceivable that it will deplore the heirs of the legendary barbudos, or “bearded revolutionaries” for going through the hangover of the rich guy next door’s party. Yet a “reformatted” Cuba would matter a lot.

On the back of the historic visit by U.S. President Barack Obama to the “Island of Freedom,” it’s appropriate for Moscow to consider not the immediate effects of the opening-up, such as the inflow of American tourists and the outflow of highly reputed cigars, but what will become of the place “once the Castros are gone”, as The Washington Post puts it.

What really matters is what kind of investors rush to reap the benefits. Ed Vulliamy, a reporter for UK daily The Guardian, overheard a comparison of foreign developers’ proposals for the Havana waterfront: It looks like “Las Vegas meets Miami in the Caribbean,” implying the interest of the gambling industry in reinstating Cuba in its almost forgotten capacity of a playground in more sense than one.

Then again, the promised deluge of American tourists, expected to surge quickly to 10 million a year, may not necessarily translate into a higher standard of living for ordinary Cubans.

Once again Ed Vulliamy has it right: “These same tourists have been coming to neighbouring Jamaica and even Haiti for decades, yet Trenchtown and Port-au-Prince see little or nothing of what leaves their wallets.”

The outsourcing of “casino capitalism,” turning Cuba into an upgraded resort area akin to what it used to be before angry citizens toppled pro-West dictator Batista in 1959, would not automatically amount to a hefty bonanza for the country’s GDP and growth rate.

In the 20th century, Cuba was cursed by sitting in between the narcotics barons of South America and their primary market, the United States, with millions of consumers of the illegal substances.

Yet drugs control was one of the rare fields in which the U.S. and Communist Cuba cooperated in good faith, and quite effectively.

But there is the rub. Cuba is a mere 90 miles away from Key West, the tipping point of Florida. It is no big secret that modern Miami sprawled into an urban boom due to money generated from cocaine smuggling.

Now that the commercialization of the island is in the pipeline, what can prevent infiltration by the drug cartels into the local criminal underworld? It is not inconceivable that the firmly established drug moguls would not find enough collaborators on the island, and turn it into major drug dispensing hub.

One thing is dead certain: The gap between the haves and the have-nots is going to widen. Partially, this will be a consequence of restitution lawsuits that would see many third-generation Miami-born Cubans claiming the assets of their ancestors.

Another factor is the injection of Miami-generated money from relatives, which will be used to turn squalid houses into leisure holiday hotels for tourists or to sell them to the highest bidders, creating a new burgeoning middle class.

Additionally, as a result of foreign business flocking to the island to retrieve confiscated property. American companies alone with such brand names as Exxon, Texaco and Coca-Cola are seeking to be reinstated as proprietors of buildings worth some $8 billion.

Eventually, the island might see a new host of expats enjoying a lavish lifestyle similar to the belle époque of the first half of the 20th century, when Cuba was a class-based society living off its catering services to rich foreigners and local barons.

Will it matter for Russia if the Cubans leave the icon of Comandante Che Guevara to rust and start to measure their personal success in the number of hamburgers one can buy on a take-home salary? Probably not. The new generations of Russians are likely to treat Cuba as just another holiday destination.

Few Russians would retain warm sentiments about Cuba’s derailed idealistic experiment in socialism rooted in collective conscious, codified moral beliefs and justice for the conformist majority. Cuba will then become just “one of many.” Or will it?