Carter said reforms were necessary to make the U.S. military more “agile” and able to address five strategic challeges, which he defined as “Russia, China, North Korea, Iran and terrorism.”

Reuters
Washington and London have intensified their anti-Kremlin rhetoric with recent statements, followed by the announcement that the U.S. is to deploy three fully-manned military brigades to Eastern Europe to counter Russian “aggression.” Foreign affairs analyst Vladimir Mikheev says this is reckless and short-sighted action that only heightens the risk of conflict in Europe.

To support these bellicose statements, Air Force General Philip M. Breedlove of the U.S. European Command revealed that the Pentagon is to boost its military presence in Europe in what will amount to a deployment of three fully-manned military brigades by the end of 2017: one armored, one airborne and one Stryker brigade.

Besides this, the U.S. general has promised to upgrade the military hardware of the European armed force by substituting their current equipment with “the most modern the army has to offer.” It all comes as part of a build-up in what he described as “the European theater.” Omitted was the last part of the phrase: the “theater” of a potential war.

No more ‘business as usual’

The announcement of the planned deployment of extra military hardware and troops in Europe comes in the wake of the Obama administration’s decision to modernize its nuclear arsenal, unprecedented in scale since the end of the Cold War. In the next 10 years, the American military-industrial complex, once vilified for its omnipotency by U.S. President Dwight D. Eisenhower, will cash in on the almost $350 billion budget. 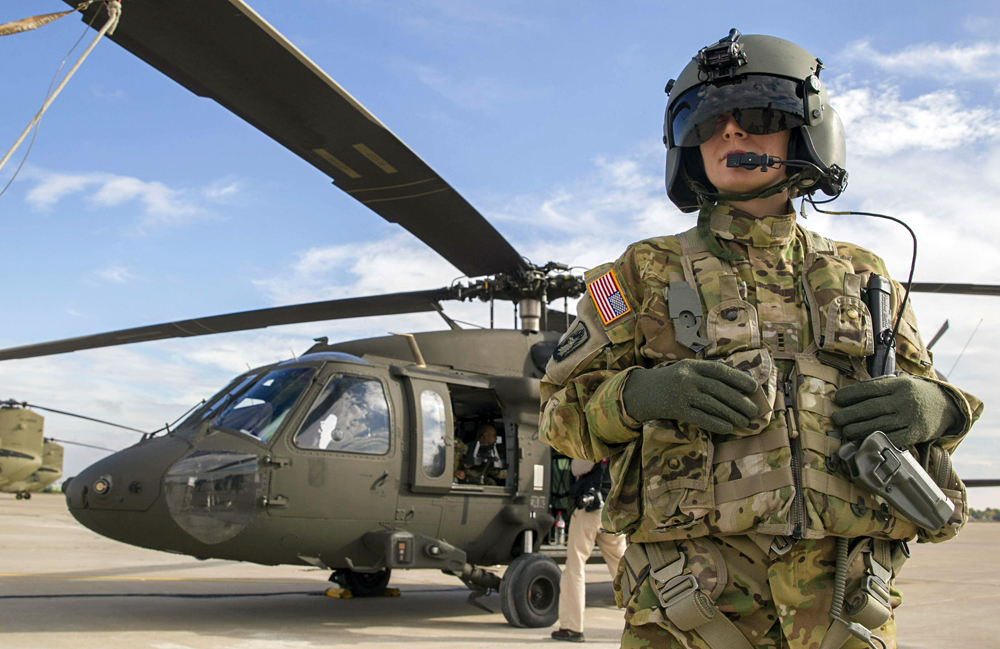 Russia is closely monitoring these adverse developments and, as Russian Foreign Affairs Ministry spokesperson Maria Zakharova kas keen to stress, will take them into account in its strategic planning and, in particular, when mapping out measures to maintain national security.

On the practical side, Moscow’s immediate response to a Western military build-up in close proximity to Russia’s borders would be “asymmetrical,” not costly and by all means effective, said Russia’s permanent representative to NATO, Alexander Grushko.

Basically, the new firmness in articulating Moscow’s position vis-a-vis the West is a reflection of a shift in attitude that has emerged after the year and a half that Russia and its people have been subjected to sanctions by the U.S. and the EU.

The watershed event could have been the press conference in January when Russian Foreign Minister Sergei Lavrov sent a clear signal: For Russia, there will be no more “business as usual” with neither the U.S. nor the EU. From now on the only possible reset can be based on equal rights, mutual respect and international law.

Déjà vu from the 80s

The government of Nobel peace prize laureate Barack Obama is set to raise the stakes in the “the European theater” by militarizing its allies and bringing additional weaponry to the old continent with a blatant disregard for the lessons of a similar exercise in the past. Lady Ashton, the former EU High Representative for Foreign Affairs, could bear witness to the dangers of mistreating Europe.

In the early 80s, Ashton was a left-leaning activist for a pacifist movement, the Campaign for Nuclear disarmament (CND), of which she was the treasurer.

In the early years, the CND advocated unilateral nuclear disarmament and proposed Britain take the initiative, irrespective of whether other nations would follow. But when Lady Ashton joined the movement, it was basically about the U.S. decision taken in 1979 to deploy sea-launched cruise missiles and Pershing missiles in Britain and several other Western European countries.

There is another aspect déjà vu that tempts one to draw parallels with the current looming crisis. In the 1980s the previous incarnation of the Washington-London tandem, consisting of U.S. President Reagan and British Prime Minister Margaret Thatcher, widely used anti-Soviet rhetoric rooted in the dichotomy of “Us and Them,” “Good” versus “Evil.”

A more worrying element was the actual deployment of short- and medium-range nuclear-capable missiles. Since Pershing II missiles stationed in West Germany could have reached targets in Moscow in just 8 minutes (flight time), it left no chance for the political and military leadership to use the hotline with the White House. There was only time to push the red button for the retaliatory strike.

The dangers of the new reality did not escape the Europeans, who linked the deployment with a shift in U.S. military doctrine. In accordance with Presidential Directive No. 59, the United States was ready to fight a “limited nuclear war” with the Soviet Union lasting for weeks or some months, not more.

Such a prospect was frightening, and it alarmed many Europeans. In the UK, for instance, people joined the CND in their thousands. “Even a "limited" nuclear war in Europe would mean the total destruction of the continent, as European analysts point out,” Susan Welsh wrote in an article titled “What the U.S. tactical nuclear doctrine means” in EIR International in August 1980.

The additional American nuclear warheads in Europe created an eerie shadow of the Cuban Missile Crisis, this time on the doorstep of the Soviet Union. This dramatically lowered the threshold for the potential use of these weapons of mass destruction.

By placing Russia top of its ”strategic challenges” the Obama administration is exacerbating the miscalculations made back in the first half of the 1990s by “democracy enforcers” during Bill Clinton’s presidency. Many policy-makers in Moscow viewed this post-Soviet period as a genuine honeymoon with the West. 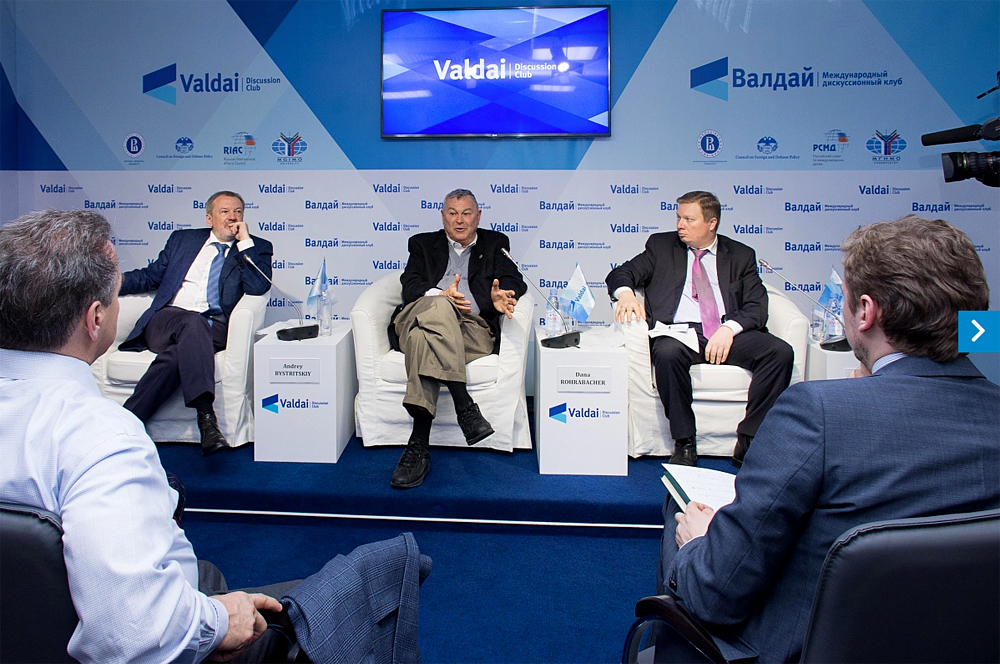 This turned out to be nothing but wishful thinking. Those years were marked by triumphalism from the U.S. over its “victory” in the Cold War. The U.S. state secretary questioned the legitimacy of Siberia’s mineral riches belonging only to Russia, while conservative pundits in Washington, D.C. hinted that the partition of its weakened former ideological foe would be in the best interests of the “civilized” world.

This was a strategic mistake. It backfired in the 2000s, amid widespread disillusionment among the Russian public with the earlier “flirtationship” with the United States, in which the American political class failed to detect Russia’s “defiance in defeat” and acceptance of no other status but that of an ally. The Kremlin rejected the option of having the status of Russia diminished to what it saw as that of a dependent proto-colony and client state.

In sum, today Russian top officials by promising “totally asymmetrical” response and no return to “business as usual,” are also echoing the letter and spirit of Russian President Vladimir Putin’s Munich speech in 2007.

However, Moscow is leaving the door open for a reset in relations with the Western military alliance, although making it conditional on its behavior. “Cooperation will be possible only when NATO countries start realizing that the policy of confrontation contradicts their own national interests,” said Alexander Grushko, Russia’s permanent representative to NATO.

Moreover, once again the difference in respect to foreign policy decency was telling. Moscow has not responded to what it sees as American warmongering in the same bellicose style. The statements did not name the United States as the main security threat to Russia and the rest of the civilized world, nor did they include passages equalling the American leader with Islamic State or the Ebola virus.

The Munich speech was a landmark, warning that Russia would not accept a denigrating subordinate status in the changing world order. Back in 2007, it was dismissed by the leaders of the U.S.-UK alliance as empty bravado. In 2016, disregard of Moscow’s resentment of the continuous NATO policy of encirclement and saber-rattling is an exercise in short-sighted recklessness.