How well do you spell in Russian? 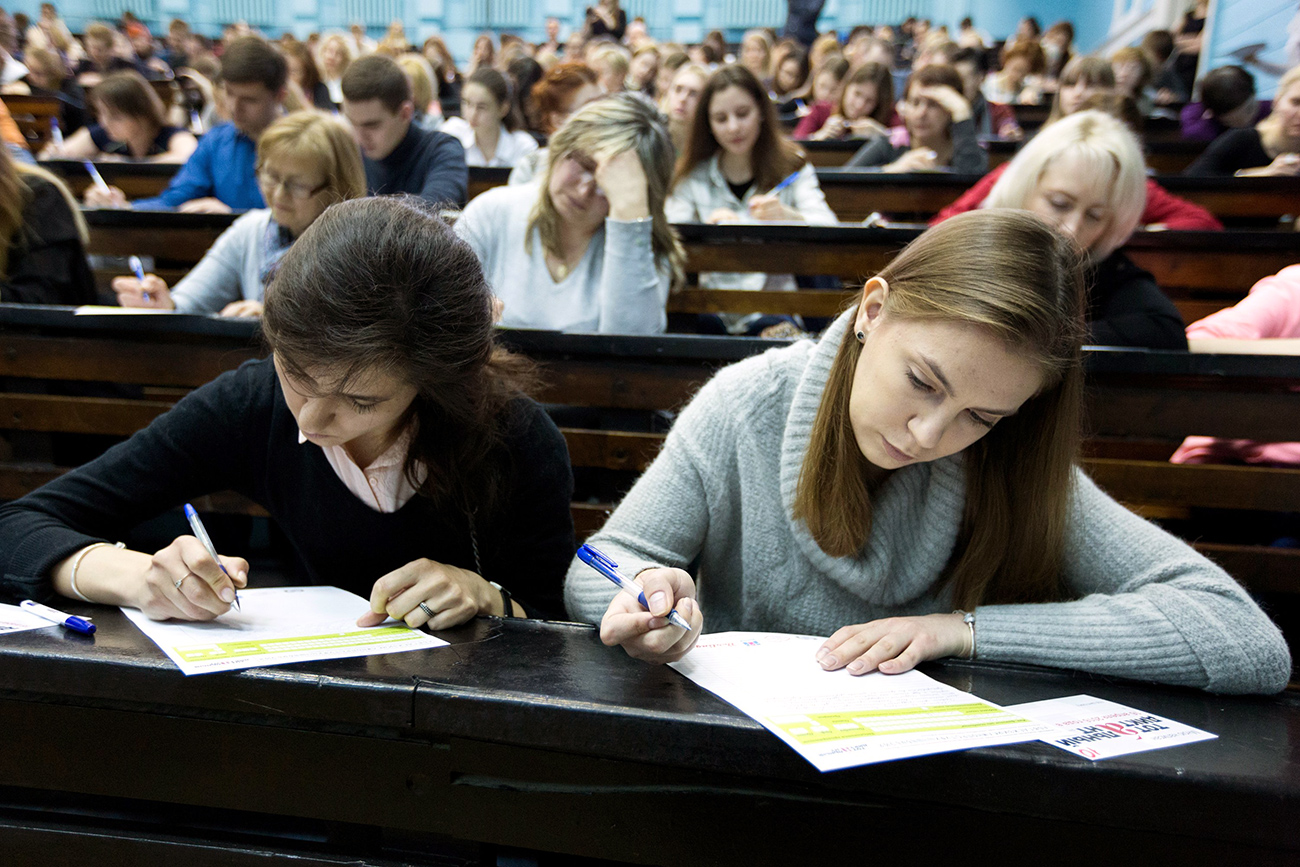 Kirill Zykov/Moskva Agency
The time of year to find out if your Russian language knowledge is up to scratch is almost here once again, so it's time to dust off those text books and Russian novels before the big test on April 8 - and there's no excuse to miss it after new locations added.

Native Russian speakers and those who learn Russian all around the world have the opportunity to test their spelling skills with Total Dictation.

It’s free to register for the event, during which participants write a text while listening to a live speech in Russian, before seeing how perfect – or imperfect – their grammar and spelling is. This year, the annual test will be held on April 8 around the world. Nineteen U.S. and six British cities are taking part.

Each year the text for the dictation is written by a renowned Russian writer. The likes of Eugene Vodolazkin, Dmitry Bykov, Zakhar Prilepin, and Alexei Ivanov have all put pen to paper for the event. This time out, the words have been written by Leonid Yuzefovich, winner of 2016 Big Book Prize, Russia's leading literary award.

Total Dictation was first held in 2004 at the Novosibirsk State University. Since then, the initiative has spread all around the world and it’s so popular that people can even take part mid-flight; passengers of S7 airlines will have the chance to scrutinize their Russian language knowledge. Other unusual venues for the test include the Kruzenshtern and Pallada ships – in Kaliningrad and Vladivostok respectively. Several trains and even intercity trolleybuses in Crimea are also included.

Perhaps the most remote location for anyone fancying a crack at putting their language knowledge to the test is the Kungur Ice Cave in Perm Krai, the Urals.

You can even prepare for the test right here at RBTH: Test your Russian