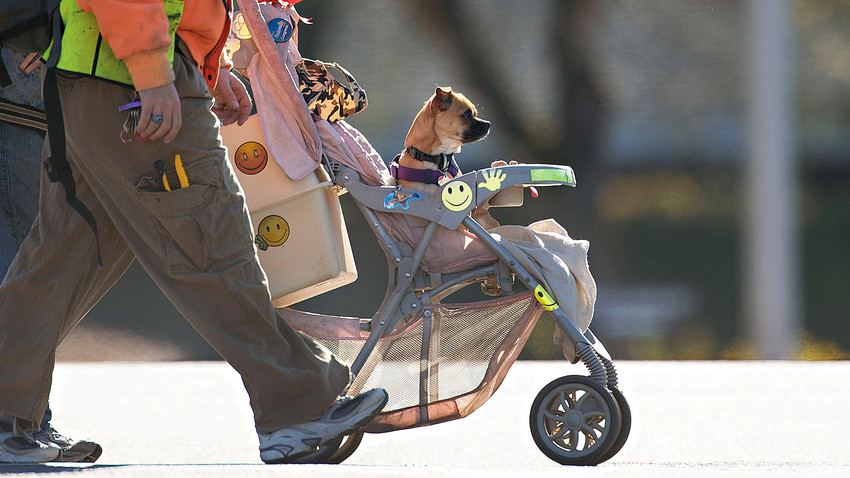 Global Look Press
New York is an exciting and inspiring place, but living here is not easy even for someone who was born in the U.S., not to mention for people coming from other countries and cultures. I’ve been in New York for almost a year, and here are just a few things that constantly remind me that the city is an alien place.

You are your credit score. Basically, you can’t rent a flat and even get a decent job unless at some point you had debt that you were paying off regularly. Most Americans deal with this by using at least several credit cards to make their basic purchases. But this is a completely crazy concept for many outside of the U.S. Most people throughout the world are trying to save money, but in the U.S. - and especially New York City - you are not considered reliable if you live debt free. Never borrowed from the bank or had credit cards? Suspicious! Shame on you!

“Babushka” flats: horrible accommodation. In Hollywood movies the main characters live in beautiful buildings and cozy apartments by Central Park. In reality, however, everyone I know lives either in New Jersey or Brooklyn, unless they are investment bankers. Or they live in tiny flats shared with strangers. In Moscow, young hipsters call such dark, old, tiny places “babushka (grandma’s) flats,” and avoid them at all costs. In New York City, finding accommodation in such a rat race and is so challenging that you are happy to have any roof over your head.

You always get a plastic bag - and sometimes two. Shopping for food in New York might create a plastic problem at home: the store workers almost never ask if you need a bag or not. They automatically give you one, and sometimes they even put one plastic bag inside another, just in case. Is this a secret plan to support the global plastics industry?

Fear of water on the floor. Before coming to the U.S., I didn’t think rain might be dangerous - unless it’s radioactive, of course. In Russia you can walk into a building, open your wet umbrella and let it dry. But not in the U.S. In all public places, including museums and pharmacies, they rush to give you a plastic bag and insist that you put your umbrella into it. What’s going to happen if one drop of rain falls on the floor? Well, I’ll tell you the reason why. Lawsuits! They’re afraid someone might slip and break their neck, and then the building owners could be sued - which is another maddening feature about life in New York. People love to sue each other for any reason.

Service is really, really bad.  It’s like being back in the USSR: everywhere you are ignored, or they screw up simple things such as making a cappuccino, and waiters usually only show up for their tips, which is expected to be 20 percent! At first, I blamed the low level of education, but then I learned that most people in the service industry have two or three jobs. How can you be good at something when you have to rush from one job to another? Also, the cost of living in New York is very high, so I’m not surprised that doctors, for example, are more interested in billing patients instead of treating them.

Doggies in baby strollers. Apparently, some New Yorkers think that their fluffy little animals are their babies. They adorn them with little baby hats and boots, put diapers on them and place them in a stroller instead of walking. Big dogs also live a good life: it’s forbidden to take them on the subway unless they fit in a bag… but who said it should be a small bag? Big dogs get a big bag, and have loads of fun when their owners carry them around.

New Yorkers are secret communists. Why would they otherwise wash their clothes in public laundries? The very thought of washing my clothes where hundreds of people have already washed theirs makes me feel sick. But I don’t have a choice: apartment buildings in New York rarely allow washing machines.