Did you know that Cossack immigrants helped popularize trick horseback riding in America? 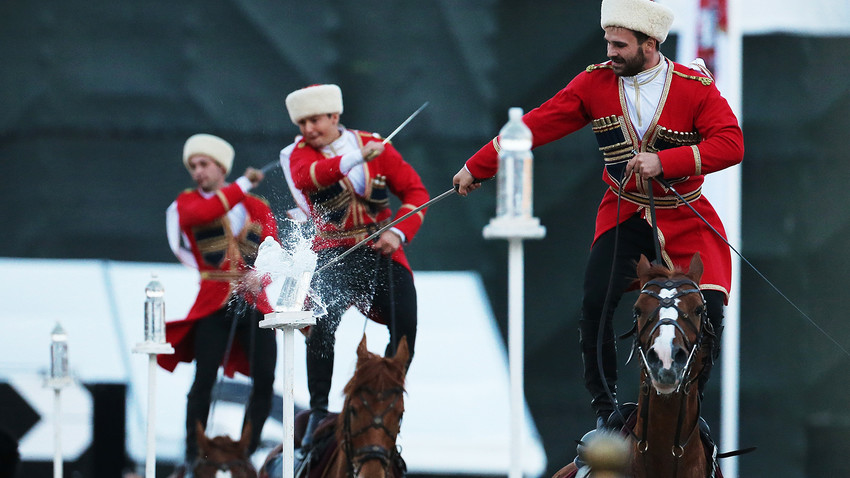 The Cavalry Escort of the Presidential Regiment and the Kremlin Equestrian School performs trick riding on Red Square during the 2016 Military Music Festival "Spasskaya Tower".

Vitaliy Belousov/RIA Novosti
For centuries, the Cossacks guarded the border areas of the Russian Empire. They were the perfect warriors, excellent horsemen who wielded a saber with great skill. Today, their abilities are not needed in battle, but they have preserved their warrior traditions, and some have even taken root in the U.S.

Cossacks are known for exceptional trick horseback riding skills, known as jigitovka (from the Turkic word, jigit – meaning “skillful and brave rider”). Adopted centuries ago from the Caucasian peoples, today the Cossacks are widely recognized for these skills.

These horseback riding skills were not for fun, but were widely used by Cossacks in battle. They had to learn how to pick up items or a wounded comrade off the ground while the horse was galloping, to cut scarecrow figures by riding the horse with legs only, to take cover from enemy fire behind the galloping horse’s side, and to ride backwards and shoot at enemy horsemen who were chasing him. 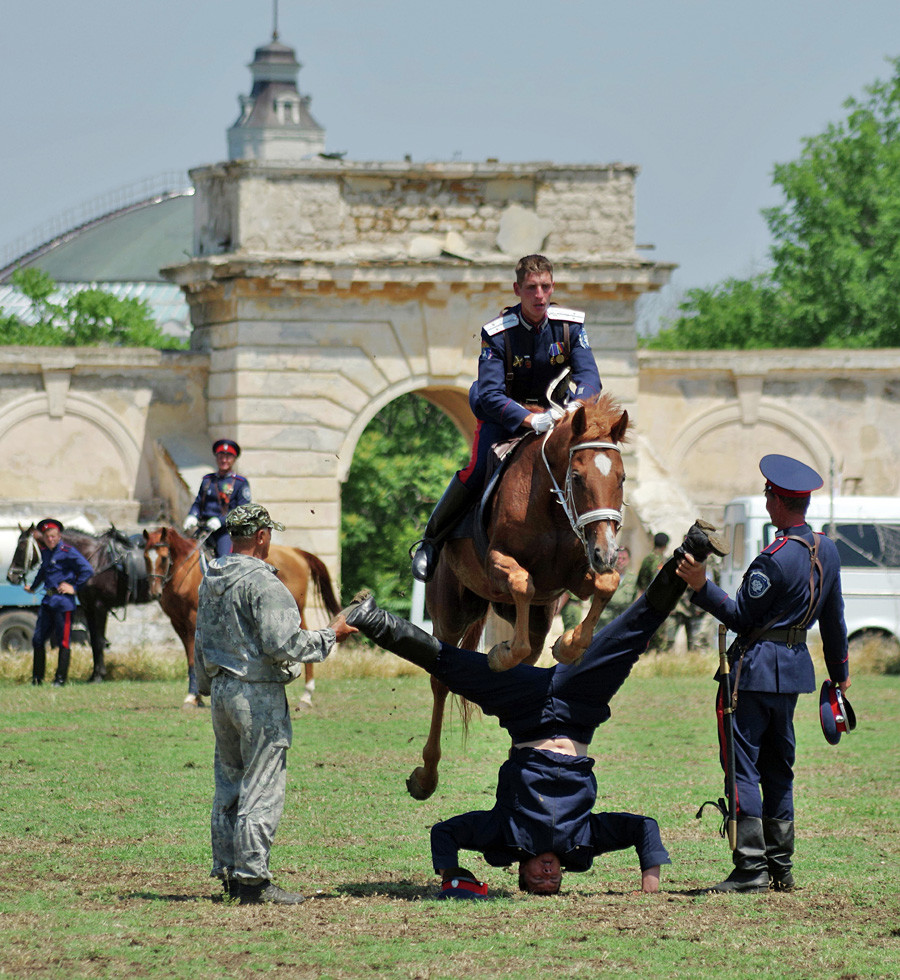 Participants of the Cossack horseback march from Volgograd to Sevastopol perform a stunt show as part of Russia Day celebrations in Sevastopol.

Jigitovka turned the Cossack rider into a powerful and deadly strike weapon. He didn't think of his horse as a means of transport, but instead as a reliable friend. It was very difficult to counter such cavalry on the battlefield.

Expressing his high opinion of the Cossacks’ skills, Napoleon Bonaparte once said: “With just the Cossacks alone, I could conquer Europe.”

According to the 1899 Cossack service regulation, jigitovka was obligatory for each Cossack to master because it developed courage and dexterity, and it was even later adopted by the Red Army cavalry in the 1920s.

After the Civil War ended, many Cossacks who had fought the Communists were forced to flee the country, and settled in Europe and the U.S. There, they exhibited their horseback riding skills in performances in order to earn money, and they contributed to the popularization of jigitovka.

In North America, jigitovka quickly became very popular and became a integral part of rodeo performances. True, Georgian horsemen in the 1890s were the first to introduce jigitovka to Americans when they visited the U.S. to perform in horseback riding shows, and in fact, they were often erroneously billed as “Cossack horsemen. ” However, only in the 1920s when genuine Cossack refugees permanently took up residence in the U.S. did the equestrian art form firmly take root in the country.

In Russia, jigitovka disappeared with the cavalry's abolition in the 1950s. Still, it lives on in sporting events, performances and the traditions of different Cossack regiments in Russia.

Shashka is a single-edged guardless type of saber adopted by the Cossacks from Caucasian nations. Along with the pike, it was their main weapon.

Shashka was much more than a weapon. For a Cossack it had sacred meaning, symbolizing one's rights and freedom. As one song said, “For a Cossack shashka is a wife in the steppe.” 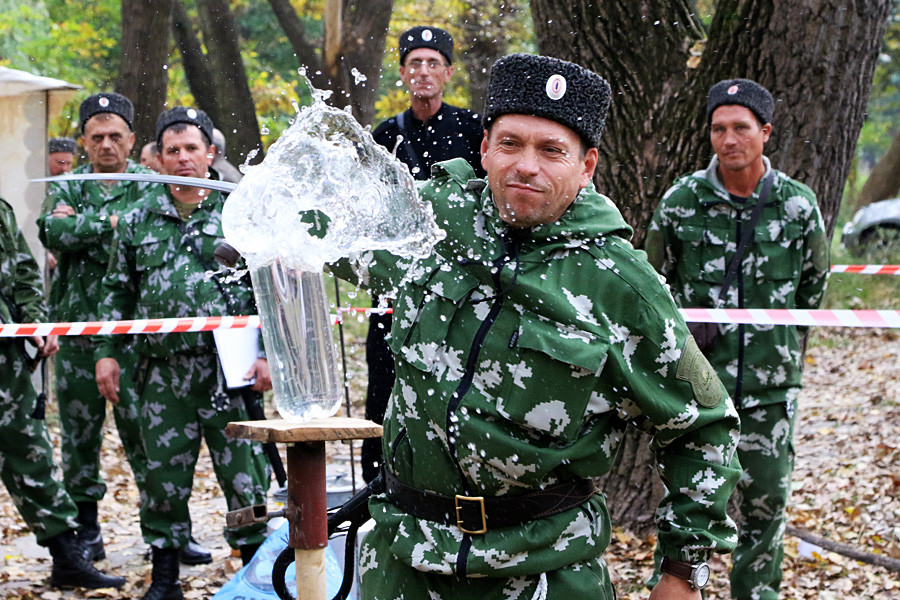 Cossacks of the Crimean Cossack Community during a sabre rattling competition at the Ataman Cup multi-sport tournament in Crimea.

A Cossack was taught how to use a shashka starting at the age of seven, and so they were true masters, both on horse and on foot. A Cossack could lose his shashka and hat only with his head. And if his weapon was taken from him by a decision of the elders, it was a tremendous disgrace.

The weapon was mainly used for chopping blows, but a skillful master could also stab the enemy. Still, shashka was not a weapon for duels between swordsmen. Rather, it was designed for a massive cavalry attack at the moment when the fleeing enemy had to be finished off with one last major blow.

Light and fast, with a slightly curved blade, the shashka has no guard in the hilt, which allowed the wielder to perform impressive tricks. Such an ability became an integral part of modern Cossack performances.

Cossacks dance with a shashka, and even perform breathtaking tricks holding two. Today, these performances have no practical function, but mainly serve as a tribute to ancient Cossack traditions.