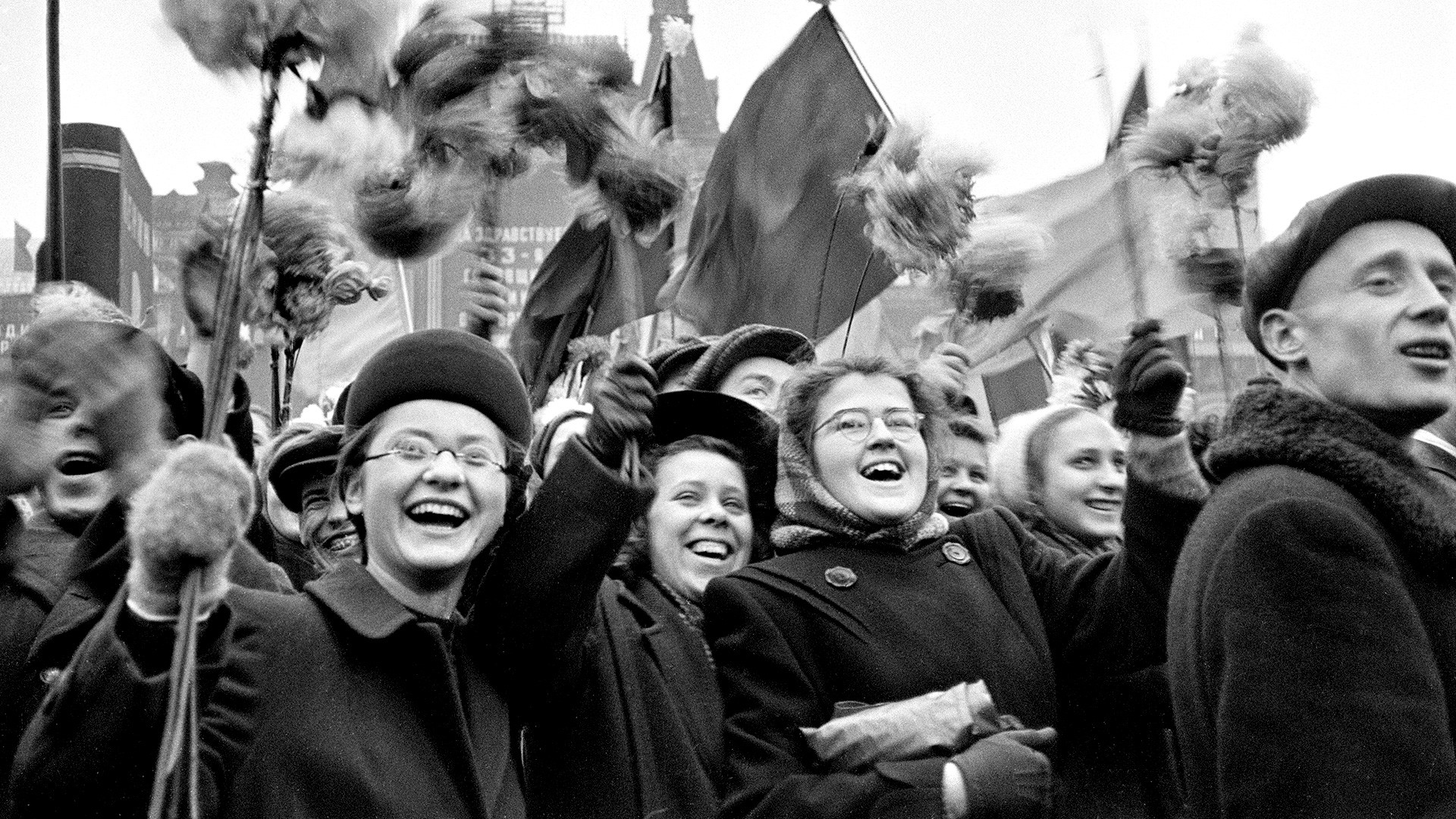 Anatoly Garanin/RIA Novosti
It was the most important annual Soviet holidays and people partied no matter what political disaster was blighting the country. It’s still recognized today, but only by lefties. 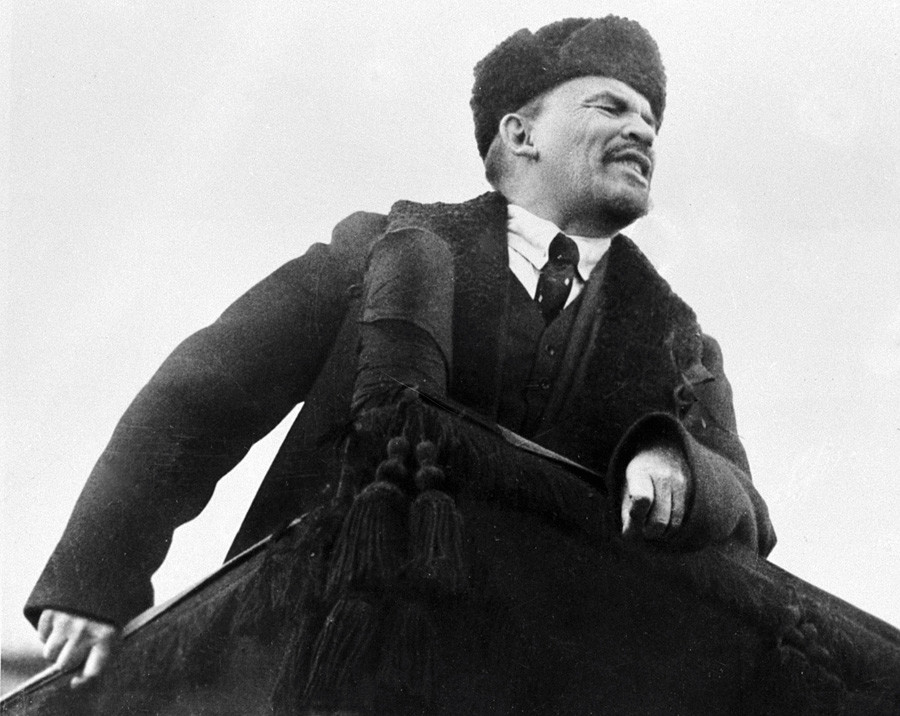 Despite the holiday’s name - October Revolution Day - it was celebrated on Nov. 7 each year. This was due the fact that on Jan. 26, 1918 the Soviet government changed the Julian calendar to the Gregorian. 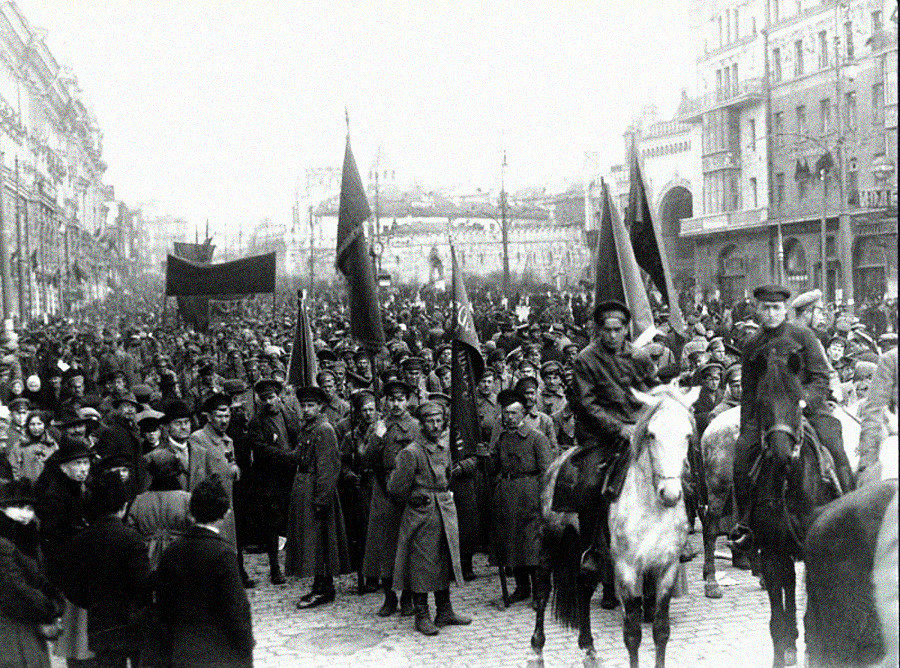 Soviet leaders did their best to make the first anniversary memorable, although the country was embroiled in a civil war. The government made grand gestures: The monument to Marx and Engels was opened in Moscow and more than four million postcards dedicated to the Revolution were made. The “Revolution’s Anniversary” propagandistic movie was also shown in a dozen Soviet cities. 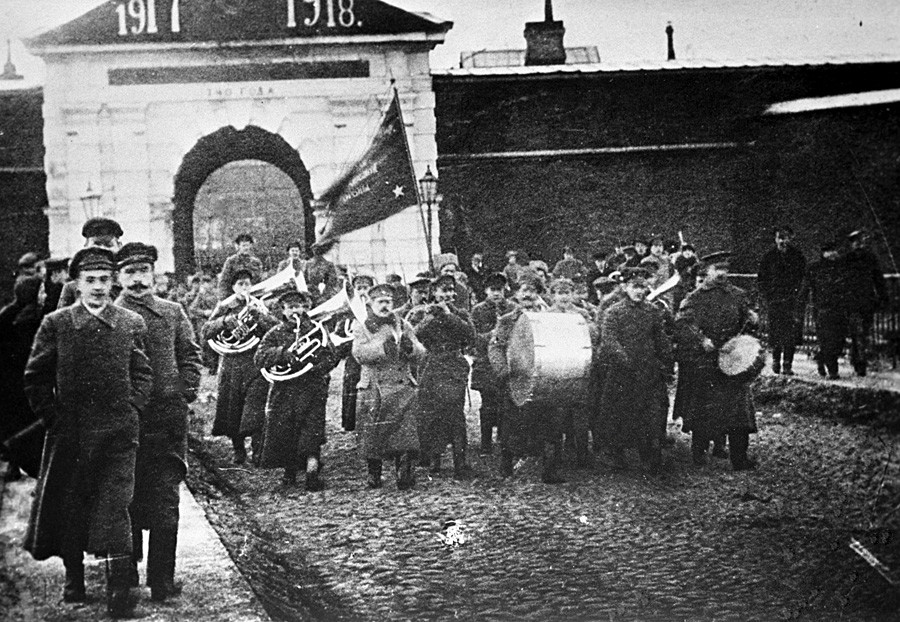 The first few holidays were pretty theatrical. In 1920, on Leningrad’s (now St. Petersburg) Uritskaya Square (now Palace Square) a storming of the Winter Palace (former residence of the provisional government) was staged. About 6,000 people participated. But due financial problems in the late twenties, such shows were written off. 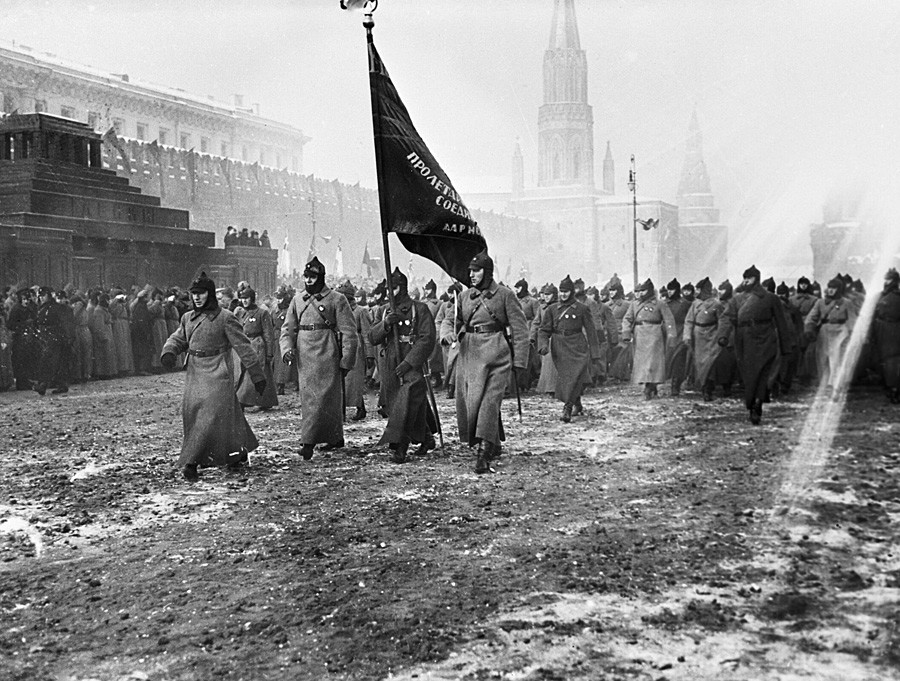 The 10th anniversary in 1927 was one of the largest, with one million people marching through Red Square. In honor of the date, Soviet people were given another day off on Nov. 8. Working in the Soviet Union was strictly forbidden on these days. 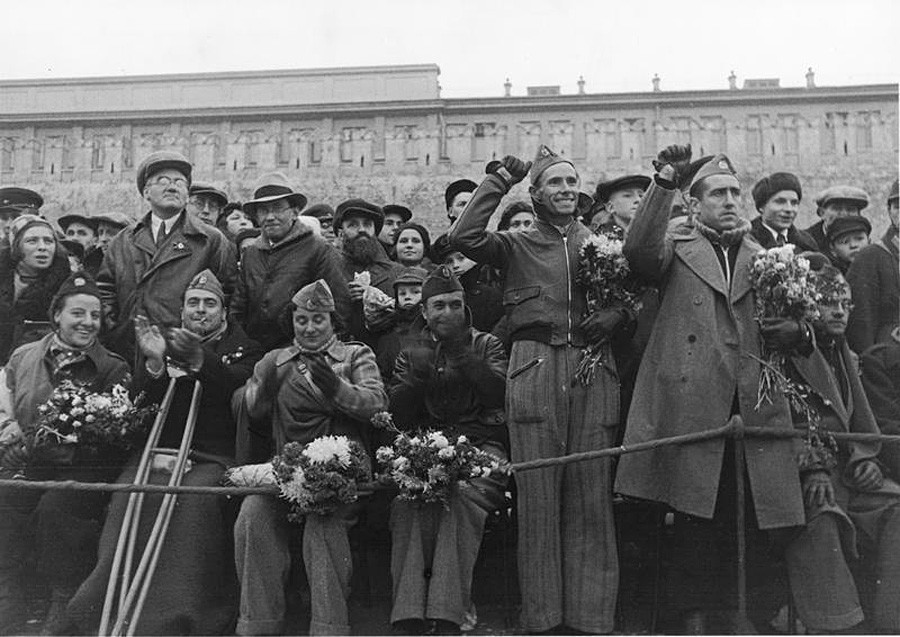 The 20th anniversary was celebrated despite the USSR’s monumental conflict with Nazi Germany and fascist Italy. A magnificent military parade including the Air Force was organized to demonstrate Soviet power to the world and the people’s readiness to defend the Motherland. A delegation of foreign workers also attended the Soviet parades. During the 1937 parade, the USSR welcomed Spanish republican fighters. 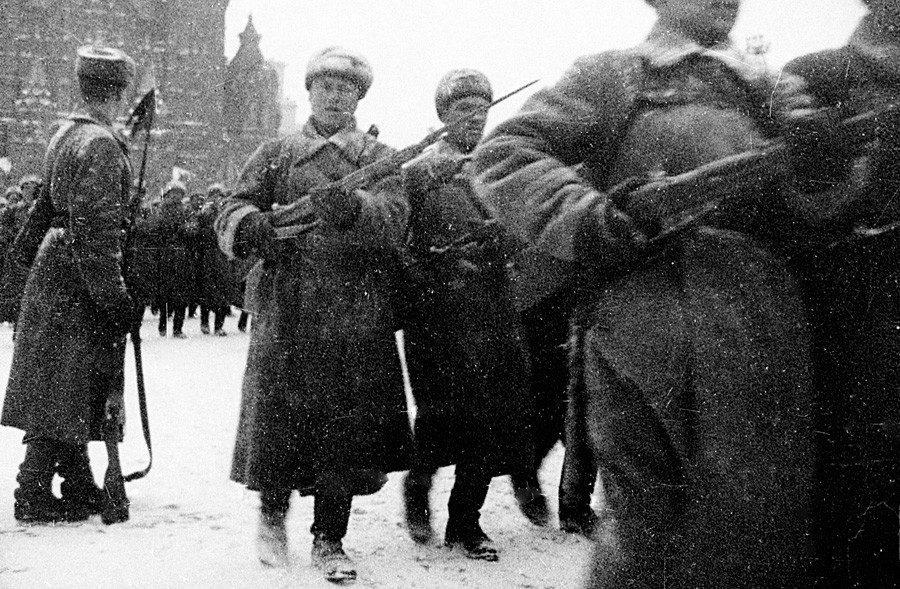 One of the most dramatic celebrations took place in 1941, when German troops were only several dozen kilometers from the city. Marching troops left Red Square and went directly to war. “The panic was great… endless bombing, fires, victims. On Nov. 7 we came to Red Square and listened to Stalin via radio. That was a breakthrough,” one witness recalled. 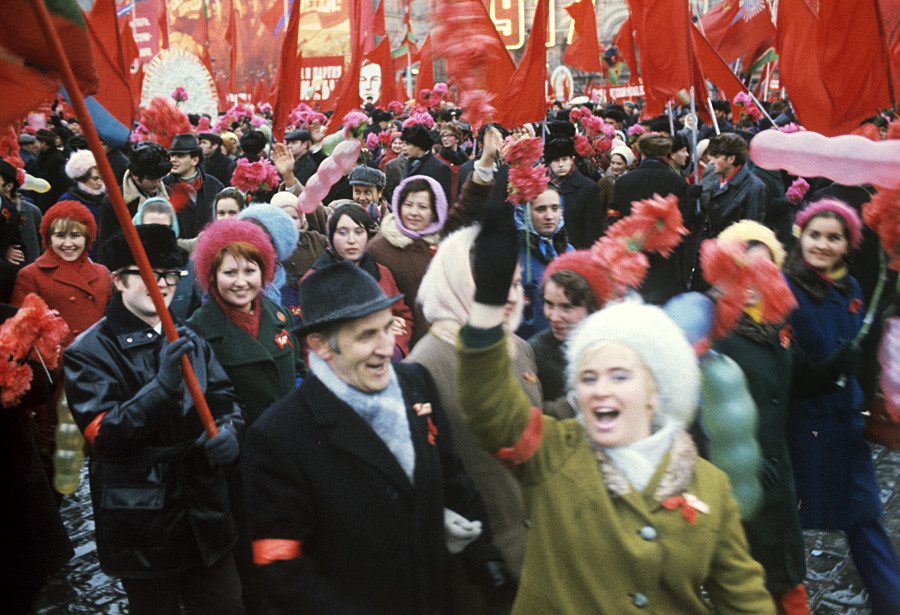 From the sixties to seventies, the celebration of the Revolution became more personal. As well as parades and rallies, people organized big feasts and visited friends and family. 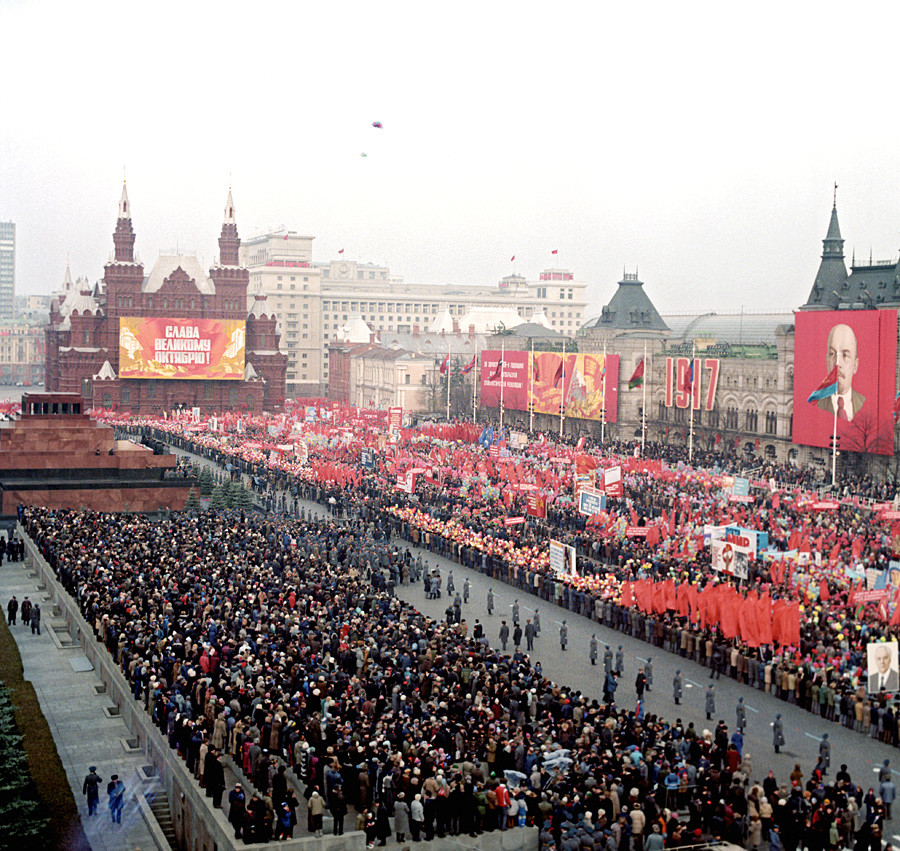 During the Perestroika years Revolution Day lost traction. The fact that there was an assassination attempt on Mikhail Gorbachev during the last military parade on October Day in 1990 was symbolic. 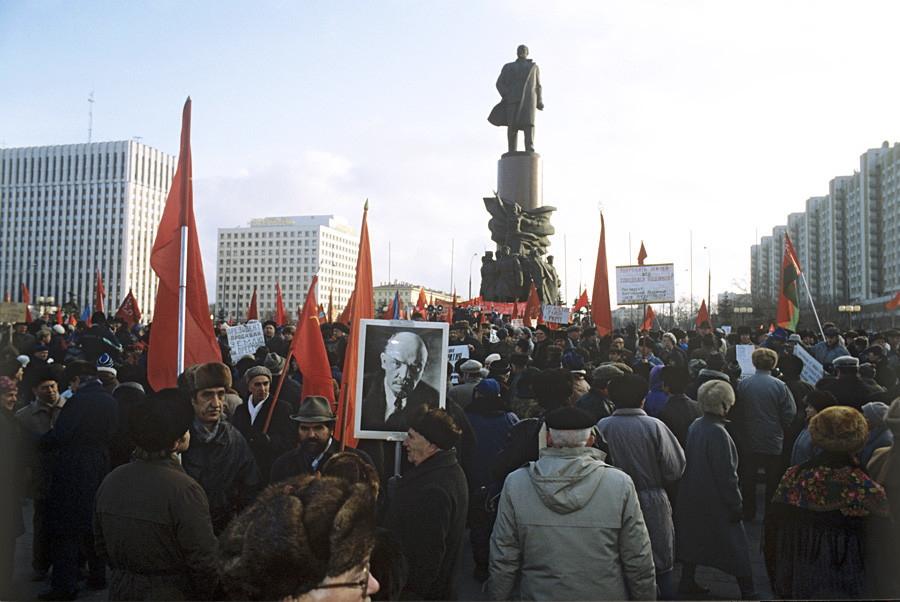 In post-Soviet Russia, October Revolution Day was celebrated until 1996, when it was replaced by the Harmony and Reconciliation Day (until 2004). In 2005, Nov. 7 was no longer a day off. 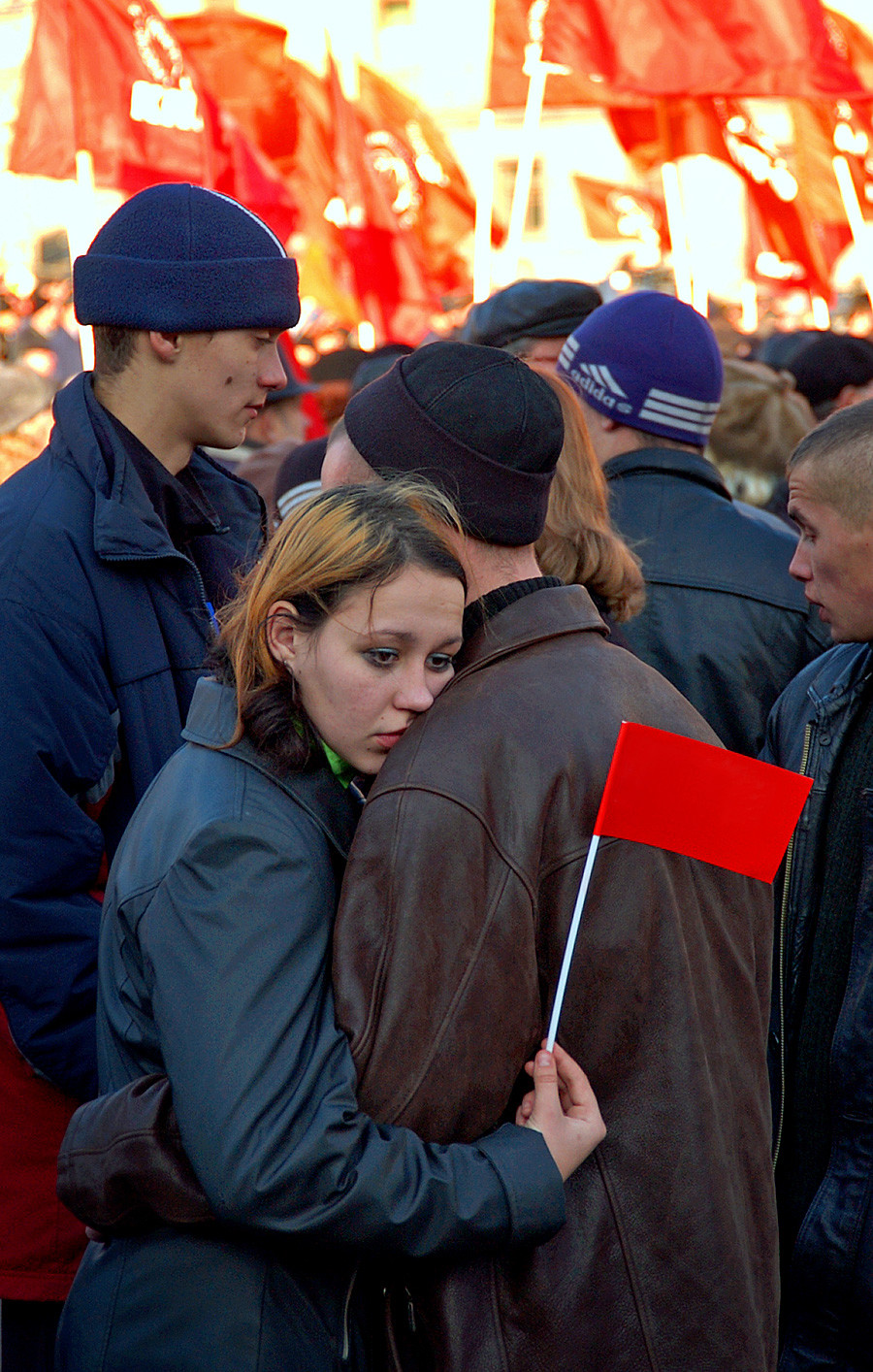 These days, October Revolution is only really celebrated by the Communist Party and its supporters. But it’s still an official holiday recognized in several post-soviet countries: Belarus, Kyrgyzstan, and the self-proclaimed Pridnestrovian Moldavian Republic.