Russia’s Amazon warriors: Why are women joining the country’s military?

Lifestyle
Boris Egorov
Military service is hardly a piece of cake, yet thousands of Russian women join the military and perform their duties in terrain ranging from scalding Syrian deserts to the frozen realms of the Arctic. Make no mistake; they do their job as well as any man. 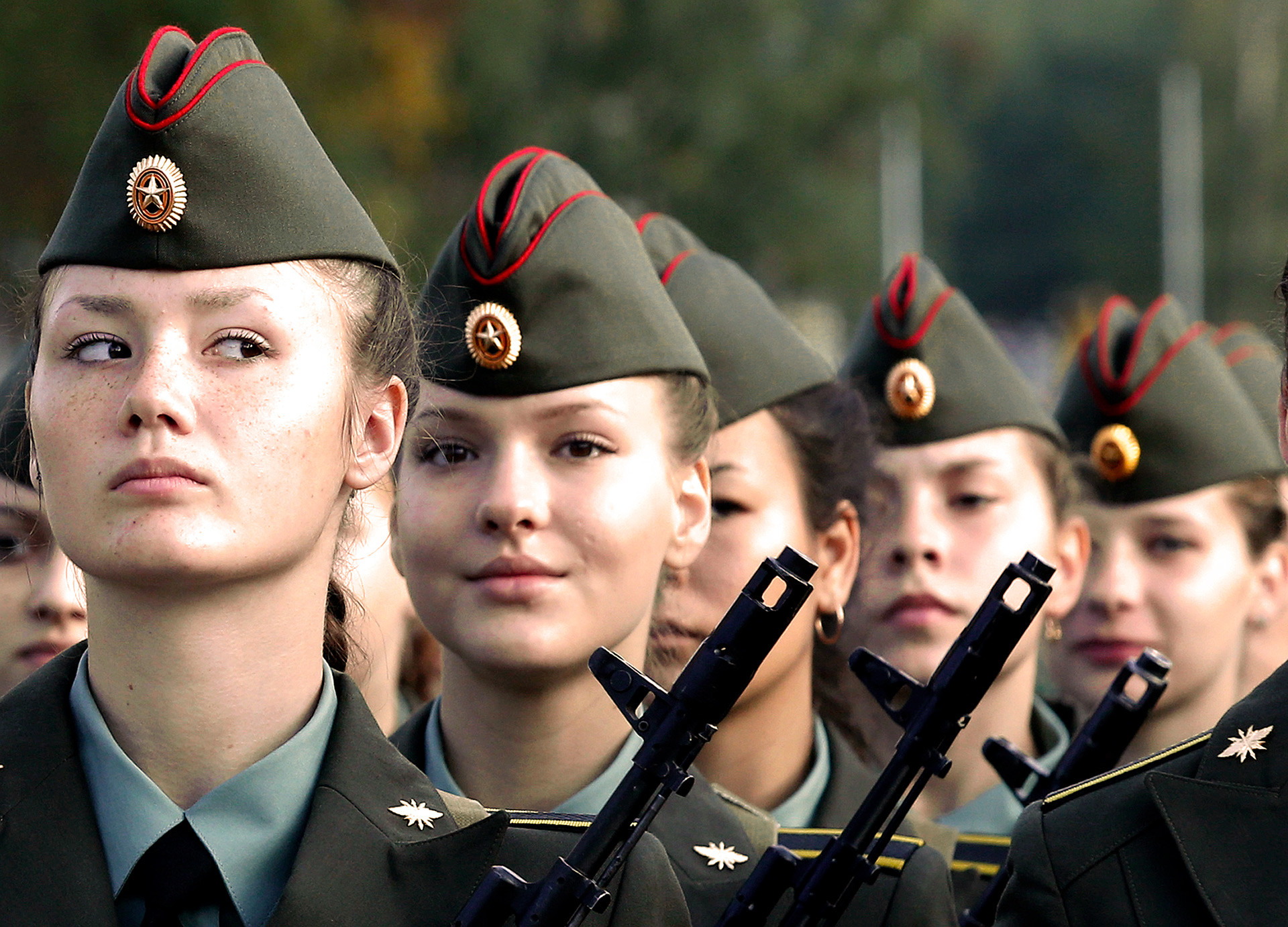 Women in Russia are not subject to military conscription, but they have the right to serve under contract. Today, over 326,000 women are in some way connected to the Russian Armed Forces. This number includes both soldiers (45,000), and civil personnel at military universities, as well as logistical and medical services, etc. 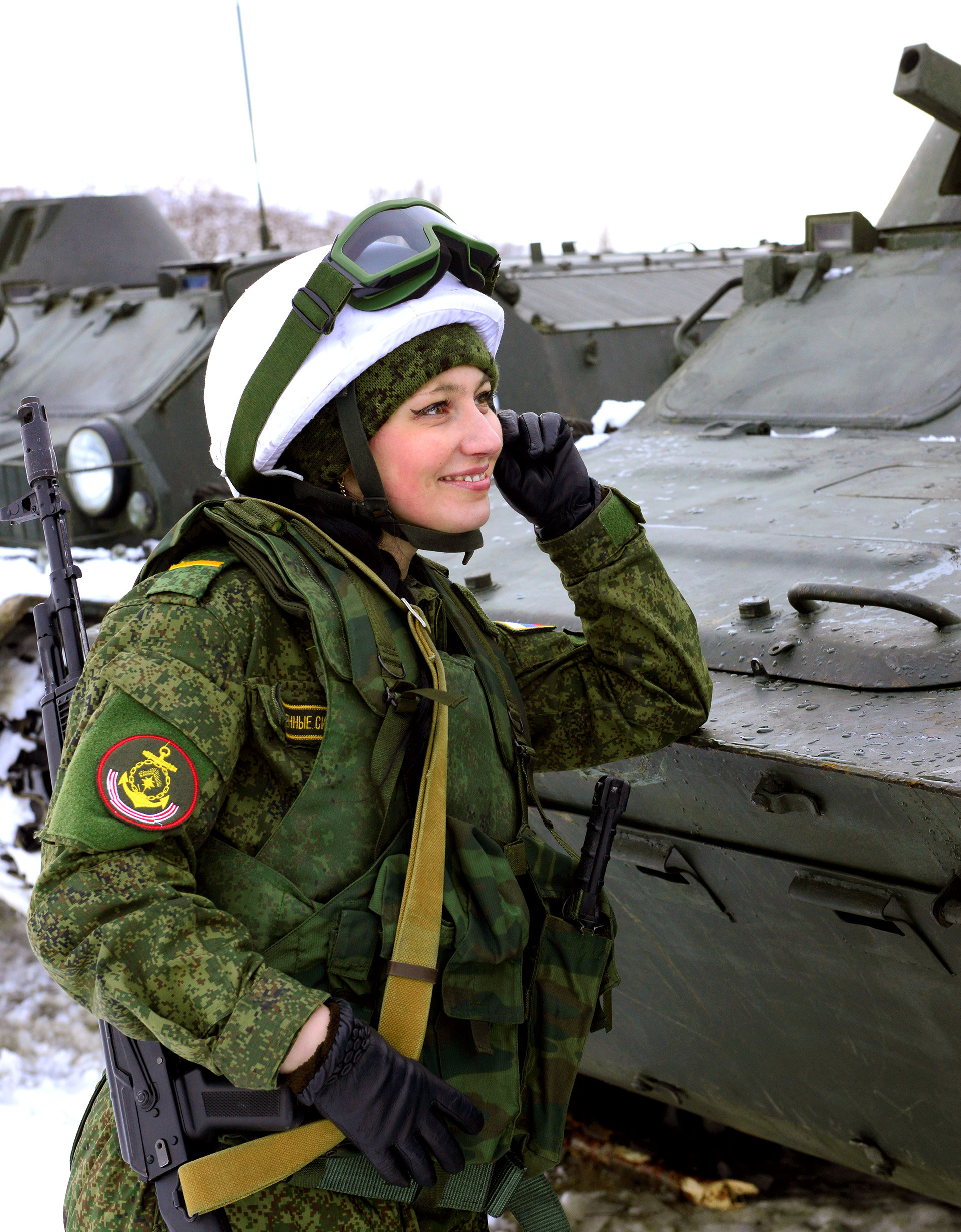 Russian women performing their duty to defend the Motherland can be found in many troop formations and even on different continents. They serve in ground forces, as well as in the Navy, Air Force and Strategic Missiles Forces, and they see action in places ranging from Syria to the Arctic Circle. 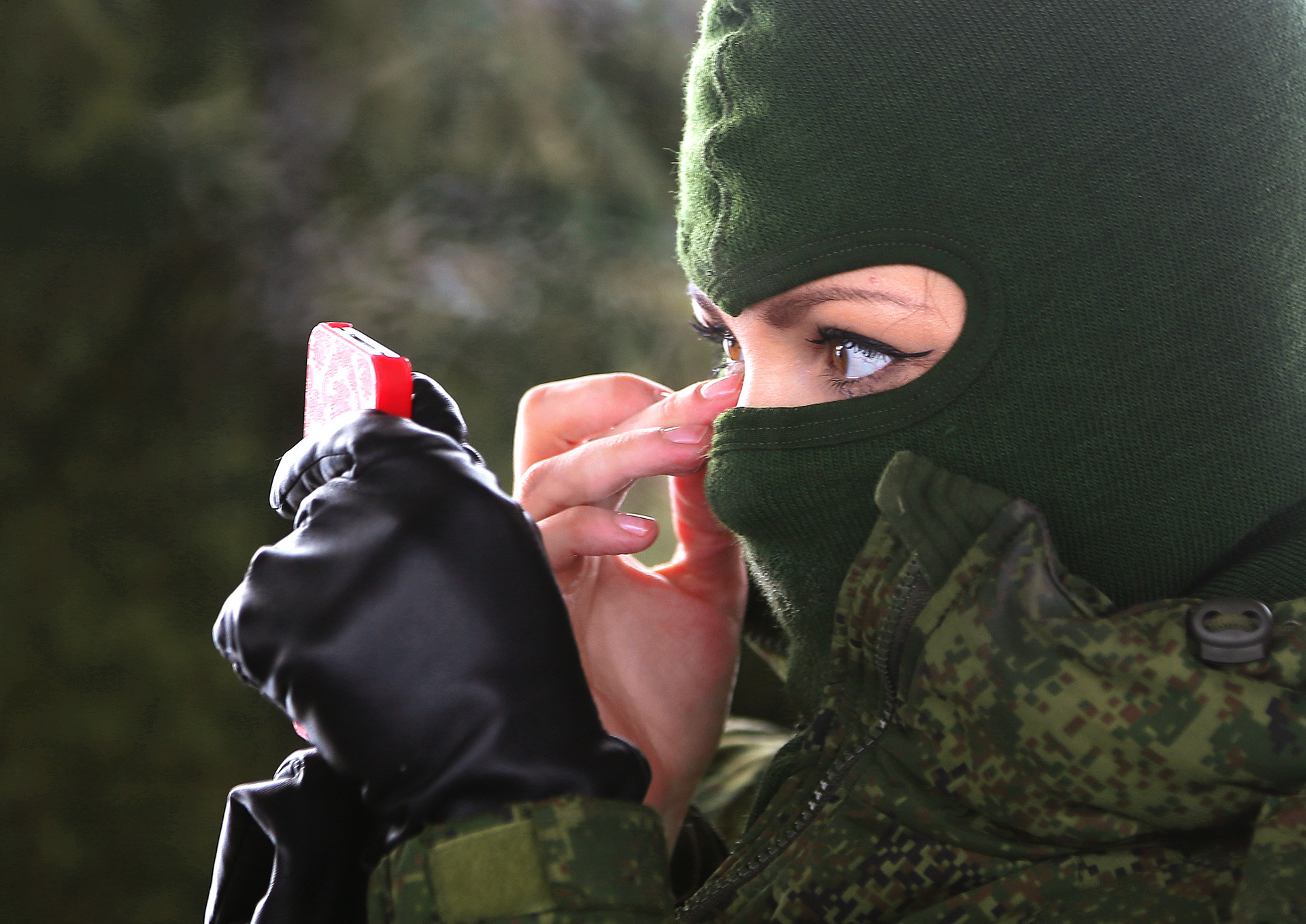 A woman’s military service doesn’t differ much from that of a man’s, and there are no special units for women in the Russian military. They live in barracks (separately from men), and take annual physical exams (though with different standards). 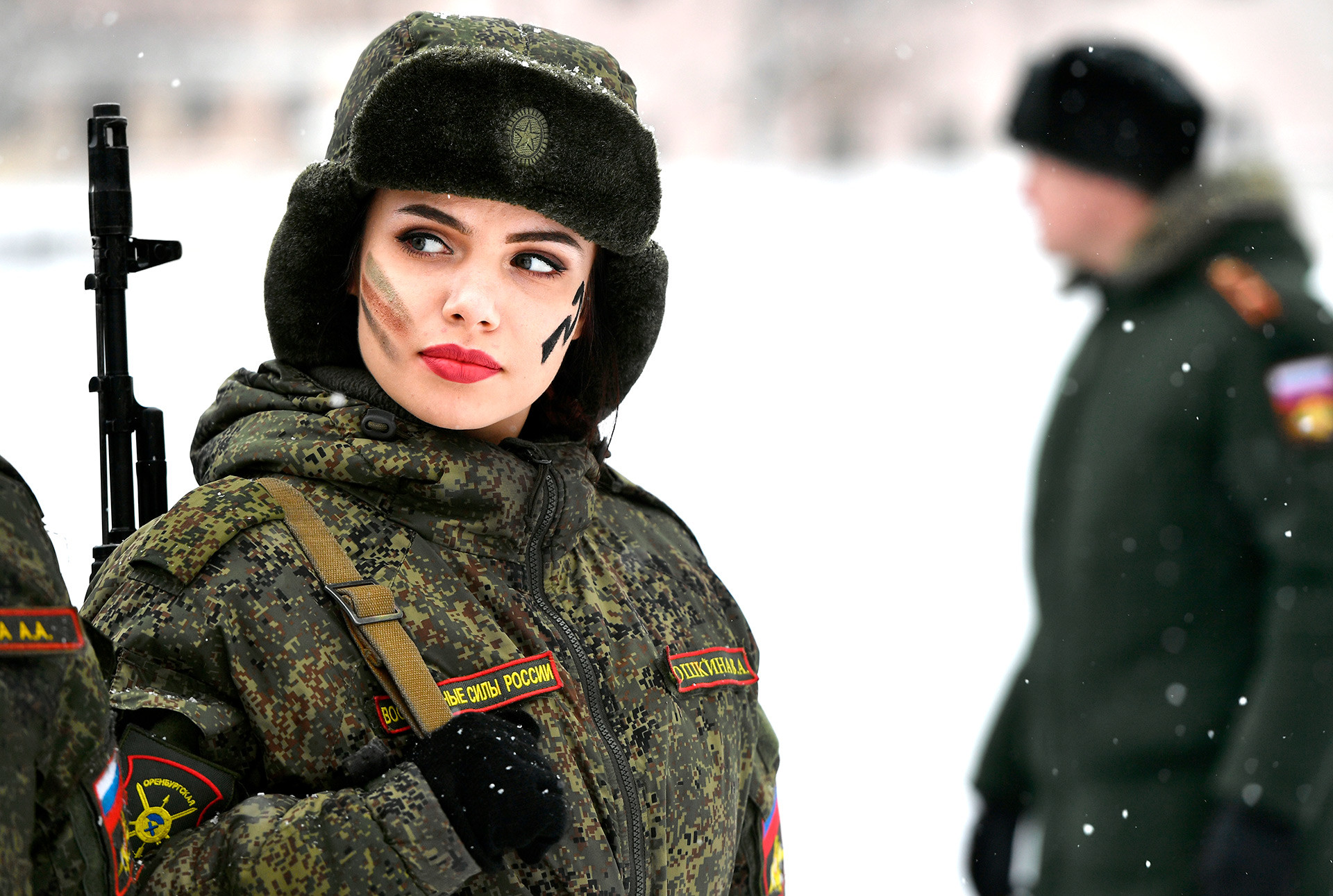 Still, some areas of military service are closed to female soldiers: they can’t perform garrison and sentry duties, and women won’t be found in combat crews on the front lines because their lives must not be put at immediate risk. 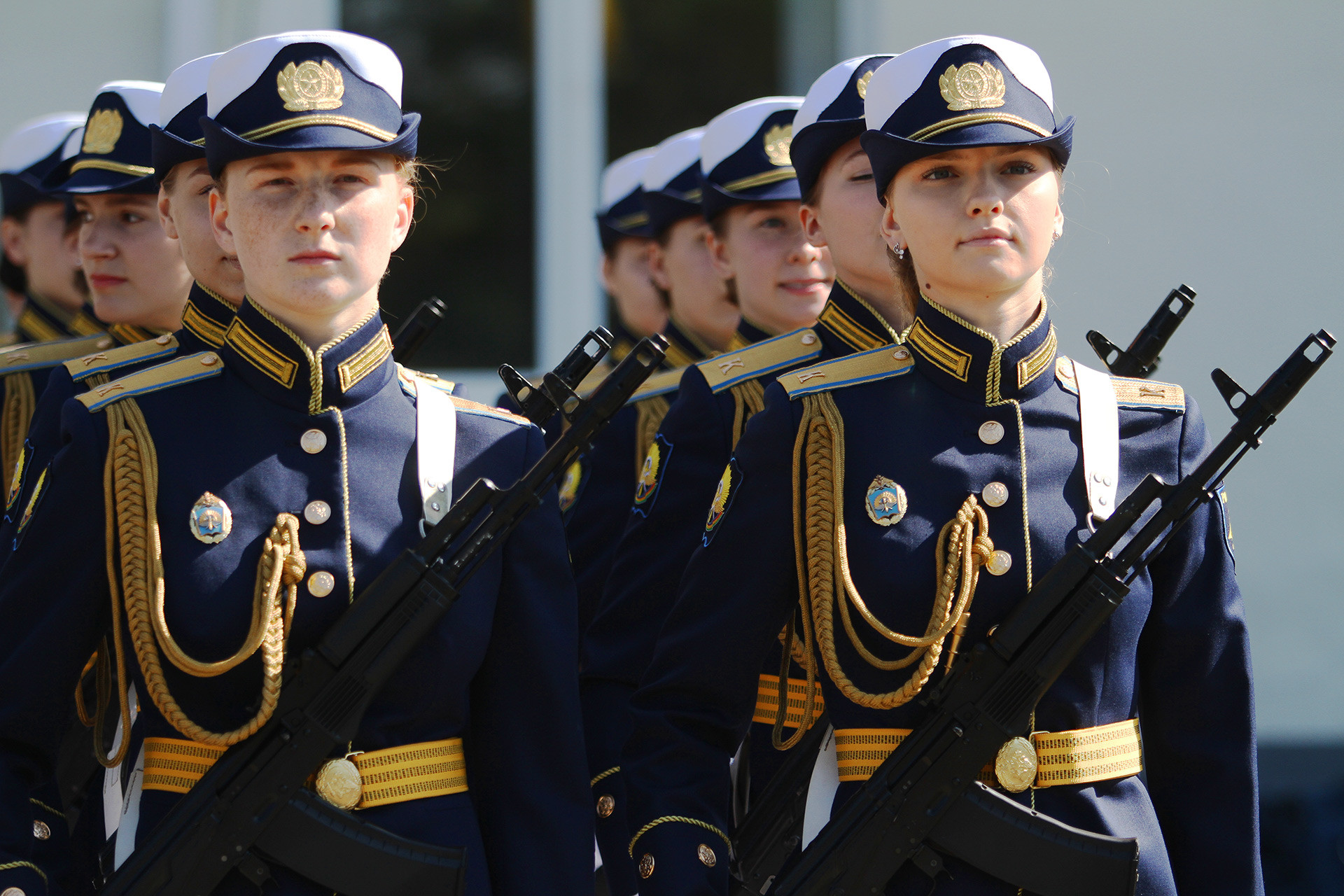 The first exception to this ‘no combat rule,’ however, was made this year when the Defense Ministry began preparation for female combat pilots, which is a first in modern Russian history. The first group consisted of 16 young women, with others to follow next year. Some will fly military transport planes, while others might find themselves flying MiG-35s, Tu-160s and maybe even the newest Su-57. 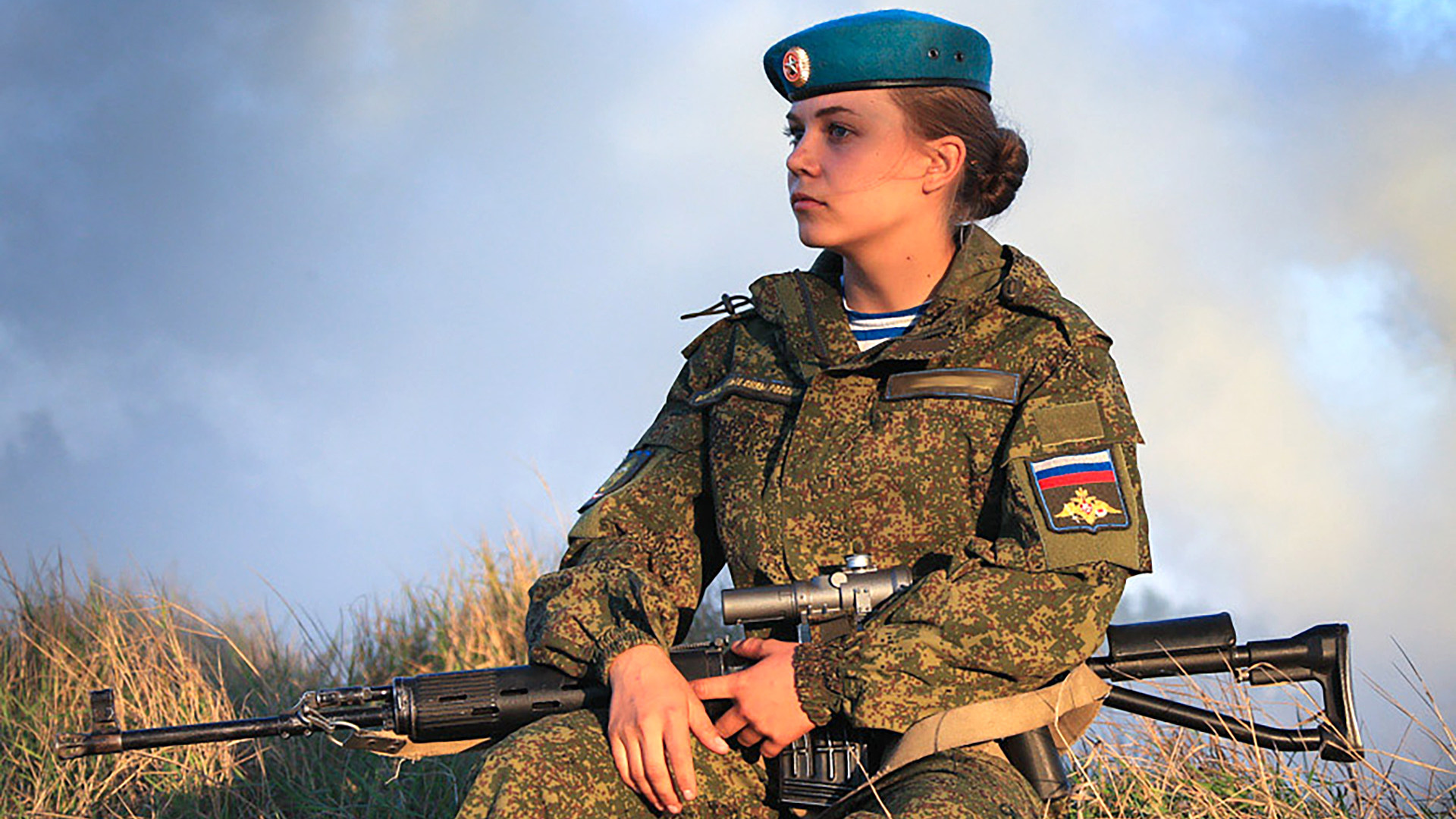 The grueling service faced by elite airborne troops is a major challenge for female soldiers. Still, women have an opportunity to prove themselves in the “Blue Berets.” Responsibilities include assisting in the landing of troops and military equipment. 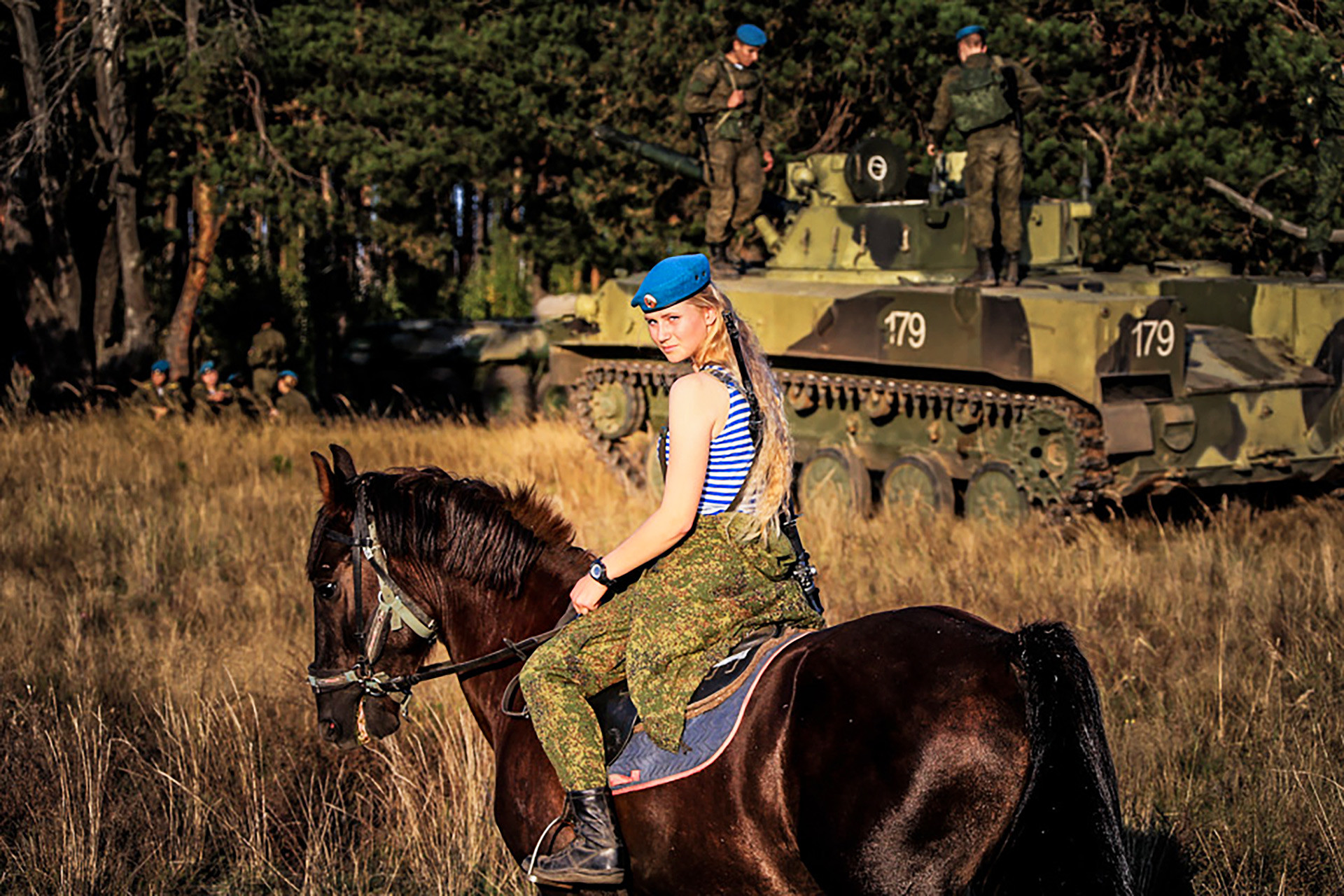 As far as the career ladder, there are no limits for women in the military. The most determined and hardest working have the chance to even attain the rank of general. 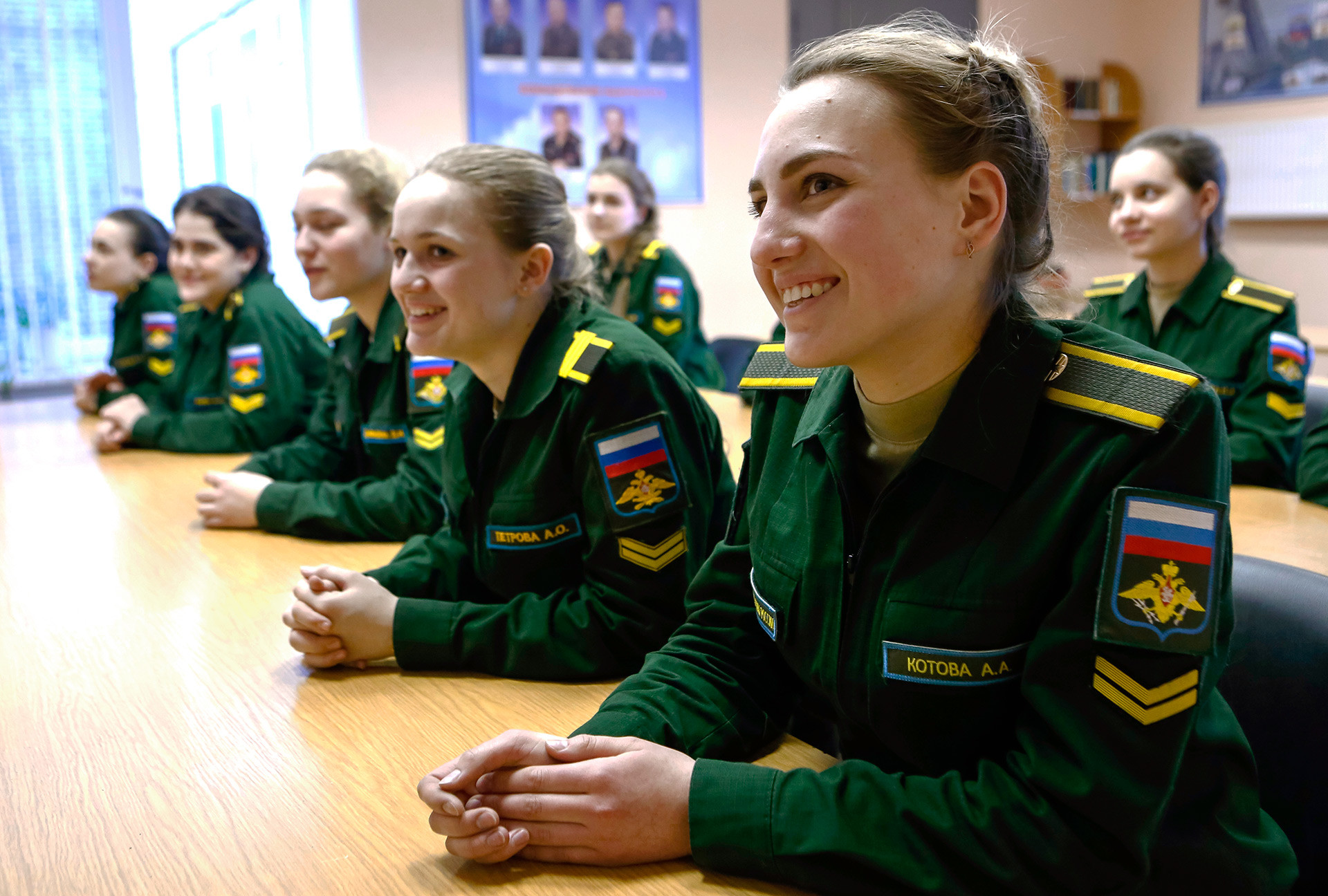 Military service has obvious advantages for women: social protection, stable job, good salary, free and quality health care, as well as the chance to get an apartment after completion of service. Also, female soldiers need not worry if they go on maternity leave; their job won’t go anywhere. 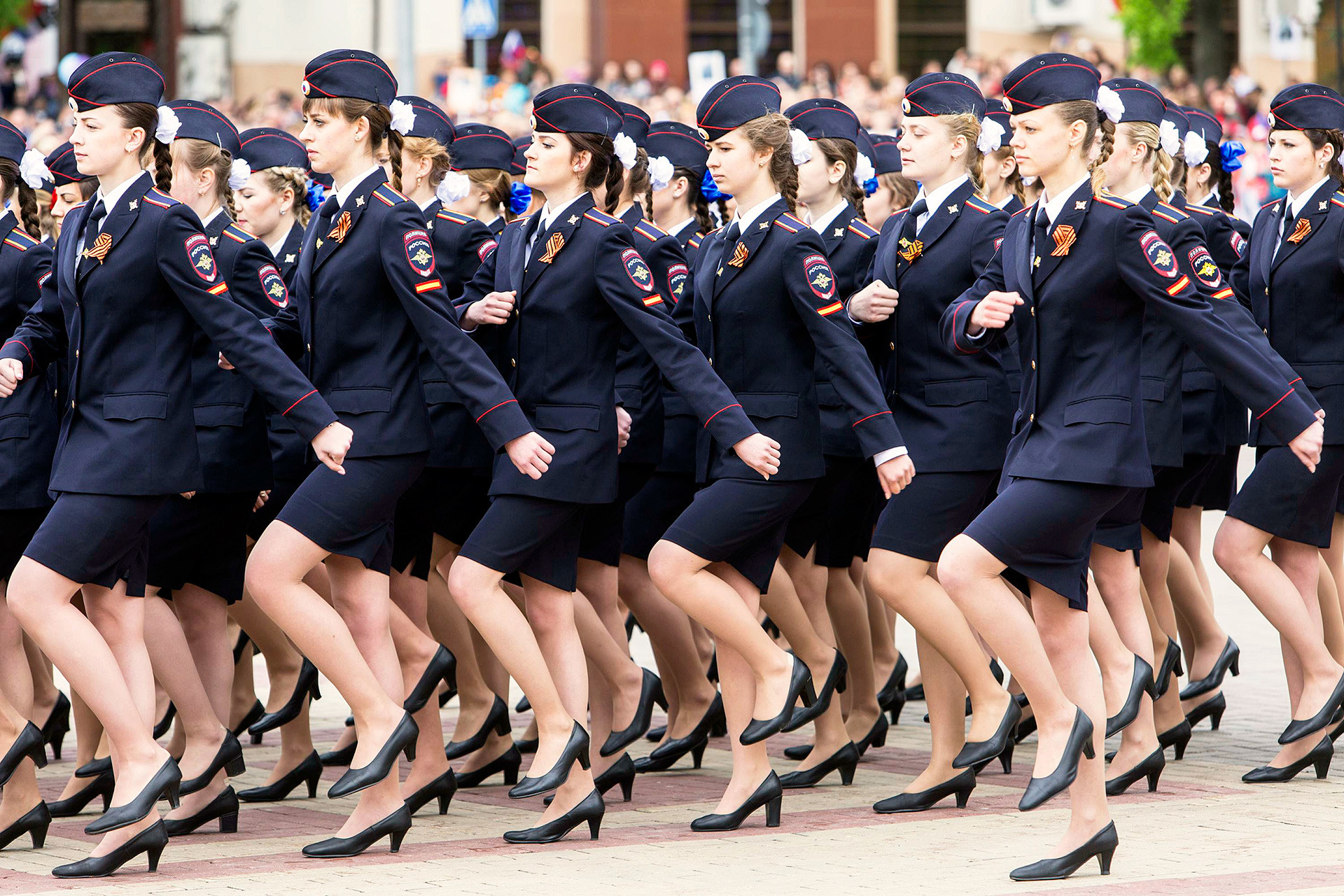 Some women believe their skills and talents are more useful in defending the Motherland not from external enemies, but from domestic ones. Today, about 170,000 Russian women serve in the police; not only with papers, but also as criminalists and investigators. 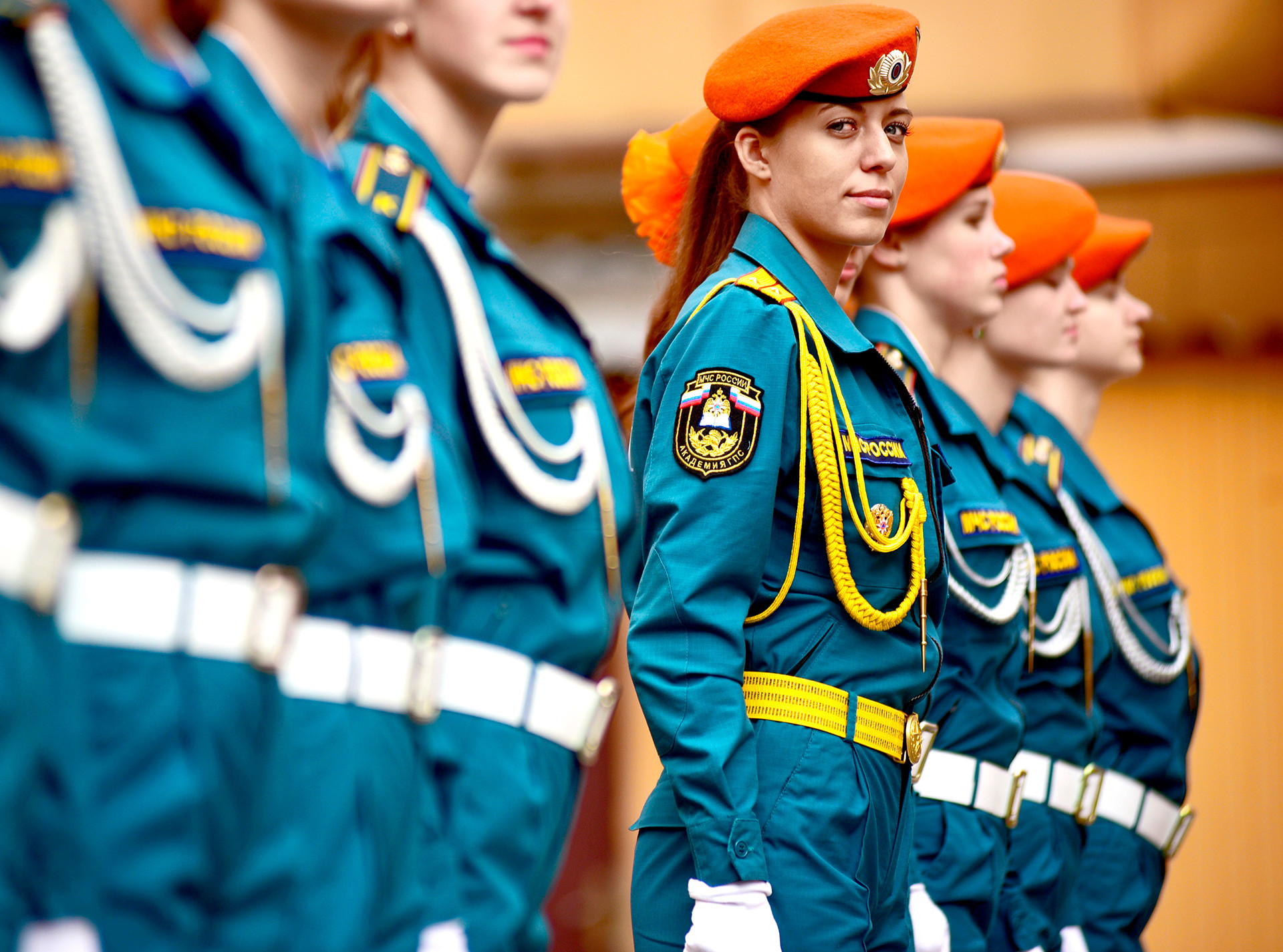 Those women who don’t want to deal with weapons can instead fight enemies of another kind: fires, floods and other natural disasters. One of the most important professions for women at the Emergency Situations Ministry is work as a psychologist, providing assistance to people during times of emergency and disaster.