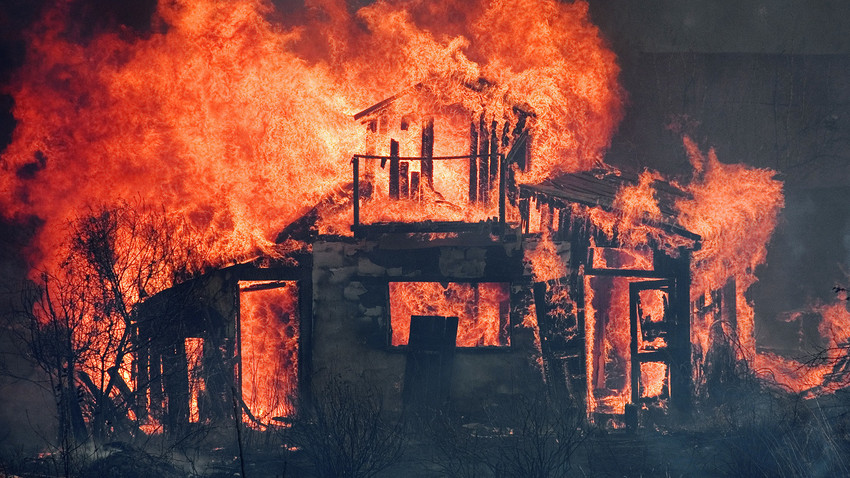 Danila Tkachenko destroyed old buildings for his photo project dedicated to the extinction of Russian villages.

Some people have a burning desire to achieve their goals. Russian photographer Danila Tkachenko’s “Homeland” project - dedicated to Russian villages - involved him finding abandoned buildings and burning them to the ground. Before destroying them in the middle of the night he claims he checked if they belonged to anyone.

“There’s always a road and you can distinguish yourself whether or not somebody uses it. I didn’t burn down houses where people can live - only the rotten ones without a roof. I didn’t harm anyone,” Tkachenko said.

“Even if these buildings were abandoned, belong to the Federal Agency for State Property Management,” Anna Tukaeva, head of Krokino, said. The charity works to protect old buildings in Russia. “This is a dangerous precedent - under the guise of art someone is damaging cultural heritage and buildings.”

She says the charity is unable to press charges, but Russia’s Ministry of Culture can. If the court rules Tkachenko is guilty of arson he could be imprisoned for three years.