Why are Russians so fearless? 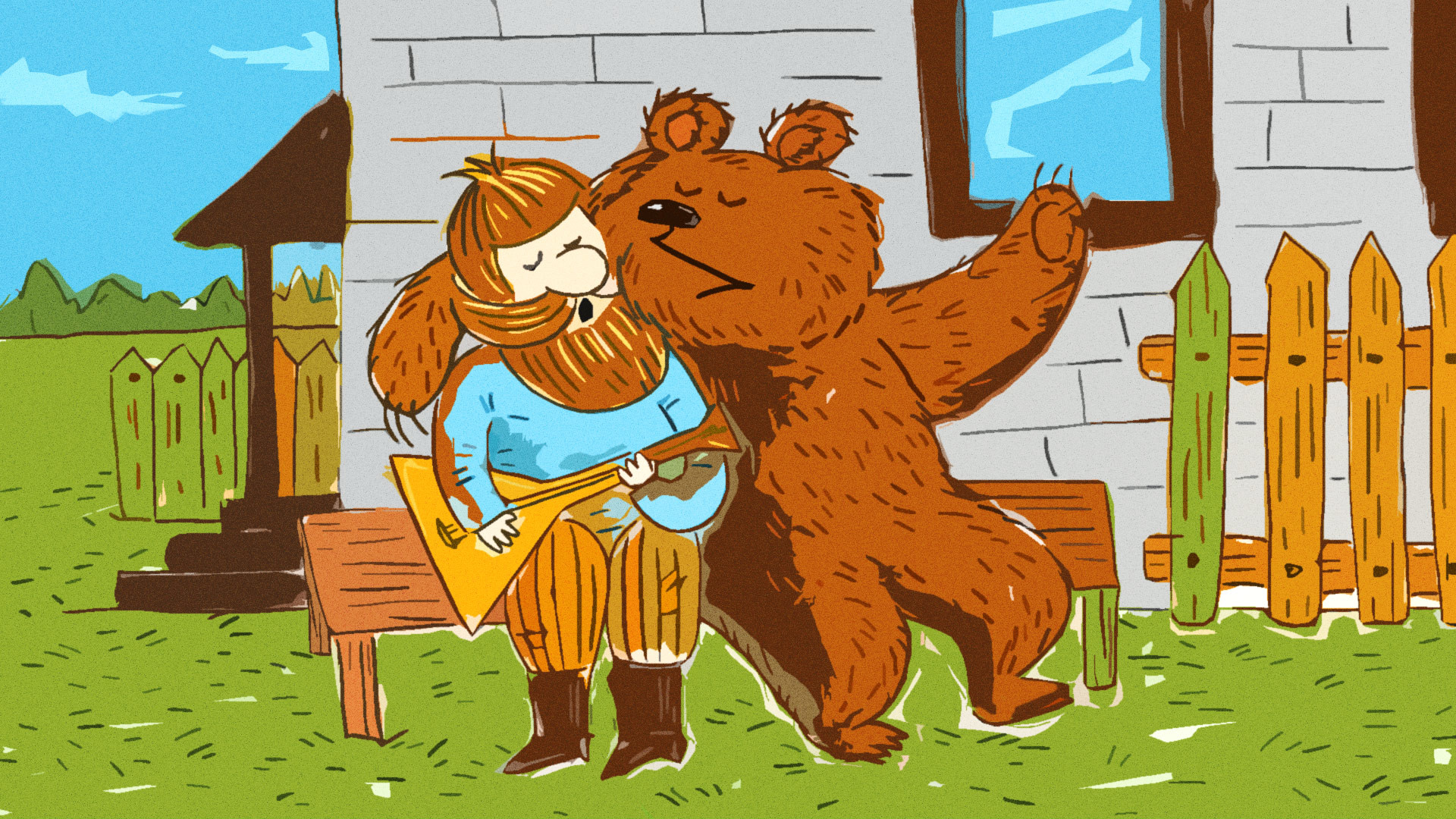 Fearlessness (and maybe some booze) is the only possible explanation for recklessness of Russians and historians say it’s imprinted in the Russian makeup.

Natalya Nosova
You might think we push it to the extreme, but historians says it’s in our DNA.

This question sounds rather odd to a Russian ear at first. Fearless? Why would foreigners be convinced Russians know no fear?

Well, remember that the country is a place where kids jump from multi-story buildings for fun, men calmly discuss new navigation routes after their car falls into a river, women chat with wild bears as if they were best friends, and bored looking beer-bellied brawlers annihilate opponents who, judging by their violent look, eat babies for breakfast.

Fearlessness (and maybe some booze) is the only possible explanation for such reckless behavior and historians say it’s imprinted in the Russian makeup.

A good number of historians back the theory that being lionhearted is a national trait and that it’s passed down from one generation to another. One of Russia’s best known historians - Nikolay Karamzin - believes this fearlessness dates back to ancient tribes who inhabited what is now modern day Russia.

“Despising the harsh weather conditions, intrinsic to the climate of the North, they endured hunger and other perils; they ate rough and raw food,” wrote Karamzin about the ancient Slavs.

The historian, who has studied accounts of battles between the Slavs and their enemies, concludes that they were vicious and frantic fighters who did not fear death. “Can the courage, a perpetual national trait, of the half-savage people be based on mere vainglory inherent only to an educated man?” he wonders.

The answer is, obviously, no - but the historian argues that while such audacity was an innate trait of the ancient Slavs, the formation of a more complex society rewarding bold martyrs developed this characteristic to the extreme: “Rapacity gave birth to [bravery], greed fueled it.”

This map (which looks a little photoshopped) was posted online - it attempts to explain Russian fearlessness in light of extremely harsh climate conditions. “All the white stuff is snow,” writes Anton Oumnikov. “Almost the entire country is covered with it. Covered with snow for many months a year. Bears or wolves around - screw you guys! I have hay to harvest for my cows. NOW.” (sic)

Honestly, this is a bit of an exaggeration. Weather in Russia may be harsh but it’s not like the country is frozen 24/7, 12 months a year. Nevertheless, many historians claim freezing weather nurtured the Slavs into intrepid creatures.

“The nature of meager gifts demands constant and hard labor from a man and keeps him in an excited state… It is clear that a population with such a character is capable to lay down a strong basis for a state life and to subordinate the tribes of an opposite character,” wrote Sergey Solovyov, an influential Russian historian.

Look at modern Russians, every year they complain about the coming winter but nobody is actually afraid of it. Maybe the climate theory has a grain of truth in it after all.

Russians have seen it all

Snow, ice, and rain aside, Russians have lived through some frightening times but throughout history have always pulled through, time and time again. Think about it: The Russian Revolution, the Russian civil war, collectivization, dispossession, Stalinist purges, WWII, stagnation, severe economic crisis, and the eventual collapse of the state all happened within a single century.

Obviously, not everyone has witnessed these horrors firsthand but collective national memories, passed from generation to generation, may have formed a particularly stern common mindset. A typical modern Russian may not always be fearless, but they sure as hell are ready to stoically face minor hardships fate throws his or her way  - perhaps only because they’re certain things won’t be any worse than what’s happened in the past.

Russian culture rewards masculinity and disparages any manifestation of weakness. If you threaten to call the police when surrounded by mobsters in a dark corner of a Russian city, you’ll probably neutralize the aggressors, who will literally die laughing (your Russian girlfriend will likely leave you for the macho crooks, too). Only joking, but you get what I mean. Russia is a pretty patriarchal society.

Men are supposed to deal with their problems without seeking help from the outside. This prevailing attitude leads to an environment where people prefer rely on their own problem-solving abilities, for better or worse.

As a result, Russians are pressed to act as if they were fearless and to raise the stakes in situations which could be solved another, more effective way. Add vodka to the mix and you get genuinely fearless people who are afraid to look weak... Confused? Russians are too, but you’ll never know.