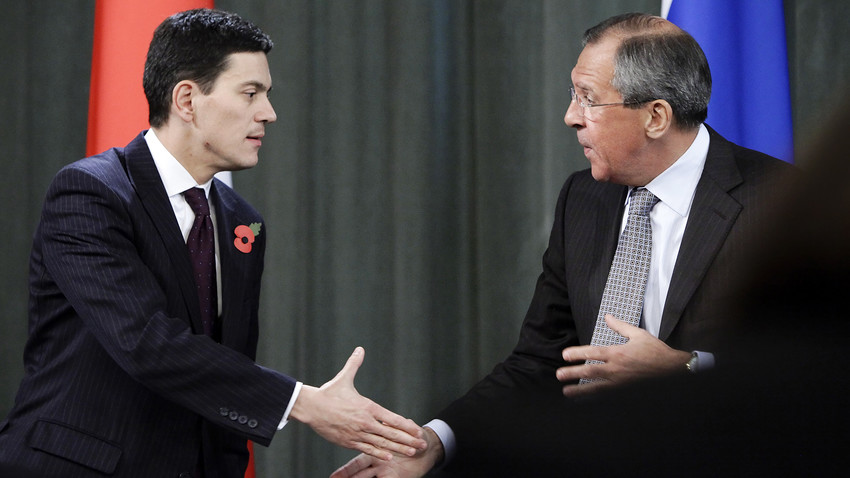 AP
Despite their long history of peaceful conflict resolution, not to mention intervention, Soviet and Russian diplomats have sometimes found themselves at the center of international scandals. Russia Beyond lists three of the most scandalous uproars where Russia’s foreign ministers were key figures.

To a large these clamorous events were rooted in a continuation of the country’s foreign policy line, and it’s hard to say if the actions of the ministers were the immediate reason for controversy. In the public’s mind, however, these men are closely tied to these international brouhahas.

Russia’s current foreign minister made headlines in the aftermath of the August war between Georgia and South when Russia intervened to counter an offensive by Tbilisi. A subsequent EU investigation found that Moscow did not start the conflict, but as the war was unfolding many international media outlets described the events as “Russian aggression.” 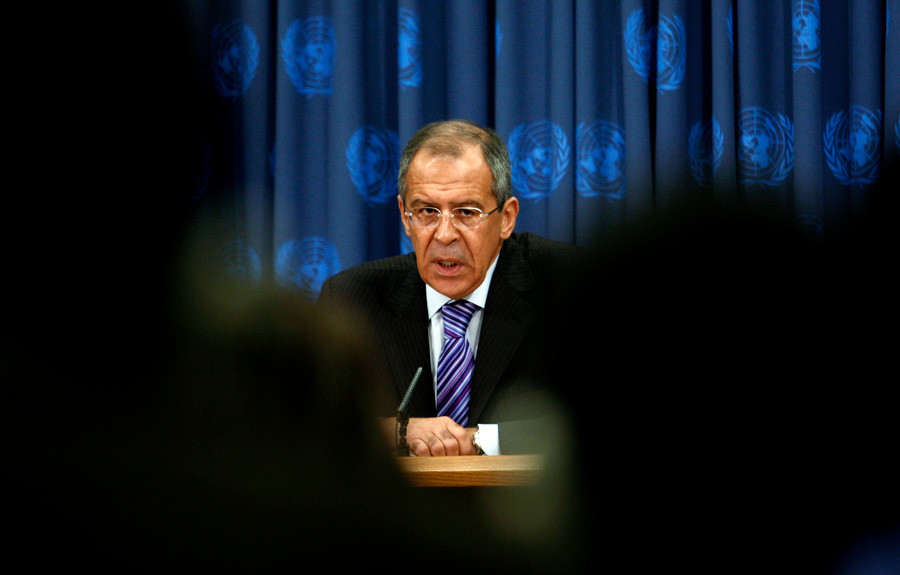 In this context, and facing intense Western pressure, Foreign Minister Sergei Lavrov spoke on the phone with his British counterpart, David Miliband. According to the Daily Telegraph’s Andrew Porter, Lavrov made “repeated use of the ,” and the phrase that Lavrov allegedly used became famous in the Russian internet: “Who are you to f… lecture me?”

Lavrov, however, denies that he addressed Miliband in such a and that he only used the “” to convey an opinion about Saakashvili that had been expressed by a European minister who had recently returned from Tbilisi. Apparently, he referred to the Georgian leader as f… lunatic.”

The Soviet Union’s last foreign minister, Eduard Shevardnadze, is on this list for signing a treaty in the summer of 1990 that defined the Bering Sea maritime boundary between the USSR and the U.S. (The two countries had been unable to agree on the issue for decades.) While neither the Soviet, nor the Russian parliament, ratified the agreement, the U.S. Congress quickly approved it. Meanwhile, over the past 27 Russia has implemented it only on a temporary basis. 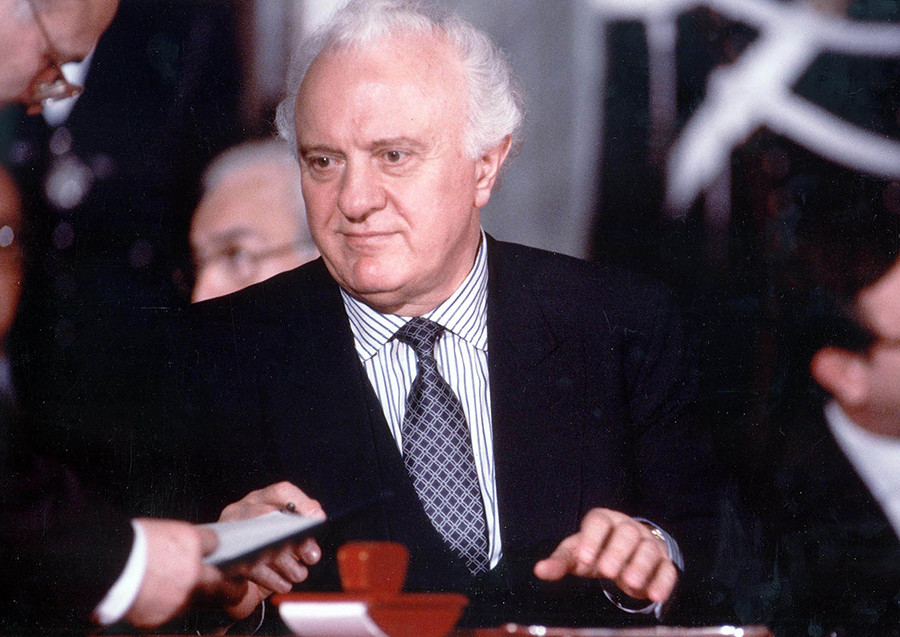 According to the agreement, the larger part of the disputed territory of 15 square nautical miles, which is important for Russian fishermen, was given to the U.S. In some areas, Washington extended its economic zone beyond the traditional 200 miles, and secured a much larger part of the continental shelf that’s believed to contain deposits of oil and gas.

“…For 20 years our [Russian] losses amounted to 4 million tons of fish, equal to $3 billion dollars. The agreement that caused such losses is referred to by Russian Far Eastern fishermen as ‘Shevardnadze’s treason,’” wrote ex-deputy Soviet fishing industry minister, Vyacheslav Zilanov, in 2017. Similar loss estimates were made in 2003 by Russia’s General Accounting Chamber.

For his defense, Shevardnadze said in 2004 that the agreement was the collective decision of the Soviet leadership. In 2002, the General Prosecutor’s Office examined the matter and concluded there was nothing wrong with Shevardnadze signing the agreement. Yet, 15 years later it still hasn’t been ratified by Moscow…

Gromyko and the infamous shoe

Shevardnadze’s predecessor at the Soviet foreign ministry, Andrey Gromyko, held the post for 28 years and managed to avoid public controversy, except for one occasion in 1960.

Referred to in the West as “Andrew the wolf,” “Robot-misanthrope,” and “Man without a face” for his principled stance, Gromyko once broke his stalwart demeanor when he had to support his boss during an infamous ruckus at the UN. 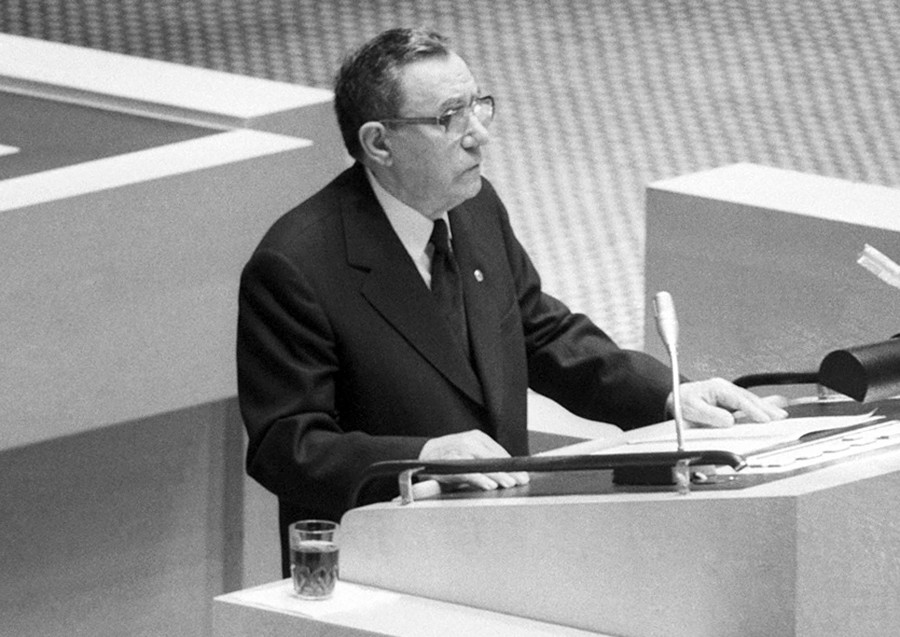 “Frankly speaking, my first thought was that Khrushchev felt sick, but in a moment I realized that our leader was protesting, trying to put Macmillan in an uncomfortable situation. I became tense and started to knock on the table – one had to support the head of the Soviet delegation. I did not look at Khrushchev, I felt uncomfortable. The situation was comical,” Gromyko later said to his son.

In his memoirs he recalled that the delegation from Spain was right in front of Khrushchev, and one of the Spanish diplomats had to lean back in order not to be accidentally hit by the Soviet leader’s shoe, and started to scream at Khrushchev: “We do not like you! We do not like you!”

Gromyko also wasn’t happy with the unexpected move, but he had no other choice but to join the Soviet leader in one of the most memorable events in UN history.

You can read more about Andrey Gromyko here.