Who’s to blame? Russia's Internet community divided over an appalling murder in Moscow 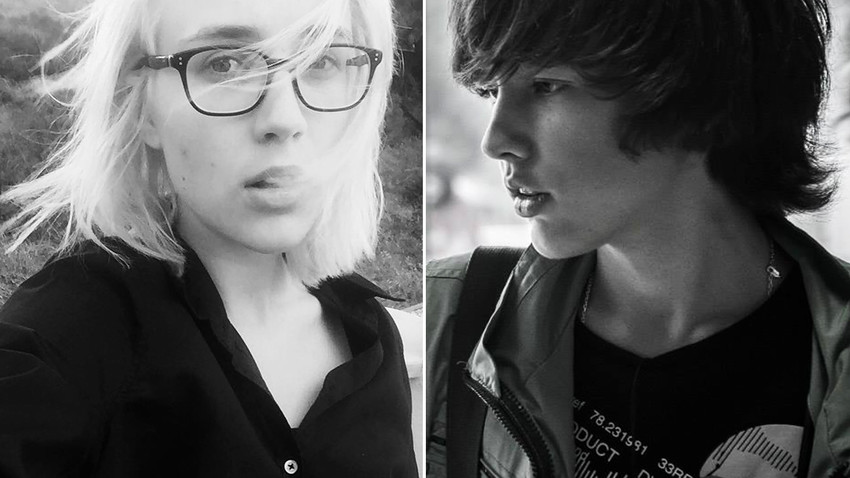 inthecarbehind/Instagram; Artem Iskhakov/Facebook
A Moscow student brutally killed his roommate, claiming to be in love with her, and then committed suicide, leaving a detailed confession letter. According to psychiatrists, the murderer had obvious mental problems, but some people started blaming the victim, which provoked social media outrage from Russian women.

“Hello, guys. My name is Artem Iskhakov and I want to tell you about what happened this night. I killed my roommate. And f**** her. Twice,” that’s how a confession letter describing the murder of 19-year-old Tatyana Strakhova begins. The author is also dead – after finishing the letter and pre-publishing it on VKontakte, he committed suicide. The police found their dead bodies in the apartment.

Tatyana had been studying in Moscow’s Higher School of Economics (HSE), sharing an apartment with Artem, a student at Bauman Moscow State Technical University. The couple used to date several years ago and then broke up, but remained friends. According to Artem's letter, he “loved” Tatyana, but since she didn't answer his feelings he began to go mad from lust and jealousy and decided to kill her.

Early in the morning of Jan. 22, Artem waited for Tatyana to return home, and then he attacked her, punching her in the face, choking her and finally stabbing her with a knife. According to the letter, he also raped her while she was alive and then several times after she was dead. He spent about 12 hours writing the goodbye letter, mentioning many friends and acquaintances, taking breaks to eat and sleep. Then he killed himself.

Professional psychiatrists immediately noted that Artem had mental health problems. As Petr Kamenchenko, a psychiatrist from Moscow, told Lenta.ru about Artem, “His behavior reminds one of a psychopath: pathological jealousy, desire to dominate and violent fantasies in the past.” In fact, Artem mentioned that he had had thoughts of killing a person since childhood, and was “cutting himself” to try to keep such a sordid urge in check.

Artem also wrote that he had been seeing a psychologist and a psychiatrist, and was on medication. Psychologists say the treatment didn’t work. Svetlana Bronnikova, a psychologist specializing in trauma, wrote in a column for the website Takie Dela: “If Artem had gotten proper psychiatric care, then he and Tanya (short for Tatyana) would be alive.”

Artem's presumption of insanity didn’t stop several media outlets and various Internet users from focusing on the victim’s personality. They discussed Tatyana's close relations with Artem, way of life and social behavior. For instance, REN TV published an interview with an anonymous friend of Artem who said: “I think it’s Tanya who made Artem do this… with her indifference [towards his feelings].”

It got worse when media started publishing photos that Tatyana uploaded on her Instagram and VK accounts. In several photos, she posed with alcohol and cigarettes (or marijuana), as well as in her underwear. Several people wrote that it’s an excuse for judging the murdered girl, or at least hinting at her partial guilt.

“Tanya Strakhova turned out to be less innocent than everyone thought,” Dni.ru wrote, calling her “a potential victim,” and suggesting that she could have “provoked” Artem with such photos.

Also, several Internet users left critical comments on Tatyana's Instagram page, which was still open on Jan. 26, calling her “a slut” (and worse), claiming that her lifestyle led to her violent death.

Not a reason to kill

Of course, not everyone finds such thoughts to be appropriate. Blogger Daria Andreeva says in talk with Wonderzine, “The reaction to Tatyana’s murder made me shiver: It turns out, even if you’re brutally murdered out of the blue, many people will think you deserved it; only because you had pictures of alcohol or a sex-toy on your Instagram.”

Many shared such resentment. Soon after that, Anastasia, a blogger from Minsk, started a campaign on social media, hashtagged  #этонеповодубить (“not a reason to kill”). Under this hashtag, people (predominantly women) uploaded their more or less explicit photos to prove that showing your body is not a provocation and reason to kill. Semi-naked photos were not a must, however, and some women just uploaded paintings or put the hashtag on Facebook posts.

Here are some examples of posts:

“Everyone has a body under their clothes; some people show it. It’s #notareasontokill a person. Nothing is a reason to kill.”

“People, what’s wrong with you? Why do you think the victim should be blamed?”

If such stories are a bit too much for you, read our article on the life of ordinary Muscovites.