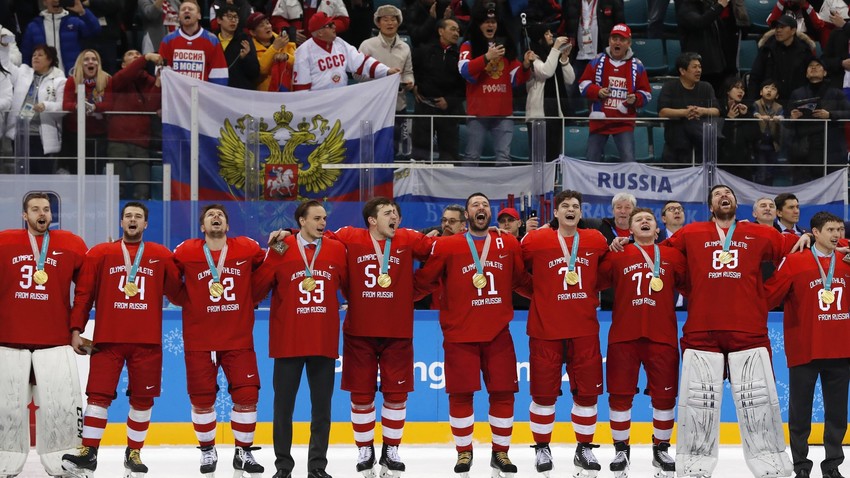 Reuters
The 'Red Machine' defeated Germany, 4-3, on the closing day of the Winter Games in PyeongChang.

Olympic Athletes from Russia netted a 4-3 victory in overtime against Germany to win the gold medal in men’s ice hockey on Feb. 25. Earlier, the “neutral” athletes defeated the Czech team to advance to the final match in South Korea's PyeongChang, guaranteeing at least a silver medal.

The gold medal game was the first Olympic men’s hockey final in 20 years for the Red Machine, which lost to the Czech Republic at the 1998 Games in Nagano, Japan.

The team of athletes from Russia, including the hockey players, took part in the 23rd Winter Olympics in PyeongChang under the neutral status.

Late last year, the International Olympic Committee suspended the membership of the Russian Olympic Committee over doping allegations but allowed clean Russian athletes to participate in the 2018 Games under the Olympic flag and the neutral status of an “Olympic Athlete from Russia.”