How the heck did I learn Russian, and what for? 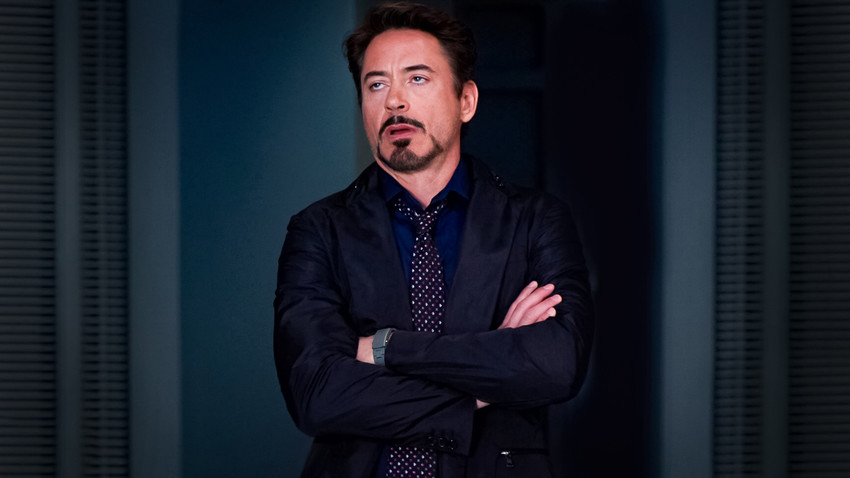 Marvel Studios
Among the happy and predictable stories about learning Russian there are also odd stories about learning the language: students who have no idea why they’re doing it; who show no signs of falling in love with the country and the people; who have no awareness of Russian literature’s greatness; and etc. You know what? These kinds of stories can also have happy endings. Here is a story of a Serbian guy who started learning Russian by accident.

“I was 18 years old and sipping beer in a summer pub. The place was new and fashionable just enough so that during the night I could have seen every coeval of mine in that not very big capital known as Skopje. And while they were going round and round in circles, my buddy Zhare was doing his best to prove that I don’t know anything about anyone at all, saying things that surpassed my understanding.

It sounded like this: “Here comes A, an architecture student.   B – ethnology anthropology. C – mathematics. D – political sciences… E - drama… … G - English language… H – gonna be an actress… I – defectology…” Zhare told me.

And I was so sure that the whole damn alphabet including myself was interested only in going out, having fun, repeating stupid jokes, wasting time, skipping school, getting laid… And all of a sudden, they turn into a crowd of freshmen smartasses looking their future straight in the eye, having the slightest idea about some science stuff, academic citizens, go-getters! Jesus! That sounded so weird. So unfair! Like their true nature was purposely hidden from me all those years. Not to mention that I felt myself like a double dork. I had no idea where to go and what to do with each passing day, aside from observing the Earth and humankind.

I ordered another beer…

“How about joining me, huh?” Zhare asked me. He was talking about linguistics. He decided to dedicate his entire life to understanding his native Macedonian language.

“How about some foreign language?”

Now he was laughing in my face. He knew that it took me four years to learn three words in French: chapeau, … Wait, there was definitely one…

“Well, there’s a language with which you can start from zero,” Zhare said.

“Really? What will that be?” I wondered.

I mulled over the proposal for a while, trying to remember what I knew about Russia… Not much. Trying to recall how I felt reading Dostoyevsky… call to mind names of some other Russian …. OK, Dostoyevsky will do. And that was it. I was relieved and ordered two bottles of beer, for me and my buddy Zhare. I really felt that I had a feature like everyone else of my age in that summer joint.

The rest of the story is not worth telling. Soon, I figured out that learning Russian was a dumb idea. Then again, I recalled that's the only one I had. There was also the Cherchez la femme item (a Russian femme, of course; by the way, I learned that phrase, reading books in Russian, not French). I became a first-class student, and later a Macedonian language guest lecturer at the Moscow State University. A lousy one, to be honest.

After all, I can’t really say that I’m living in Russia because once upon a time and by mere I started learning the language. I can't say I feel sorry, either. I wish there was more consciousness in making big decisions, but on the other hand, who cares... If you ask me, there are no good or bad, nice or harsh sounding languages. And since we're not in the Middle Ages, there are no big differences between countries and people. Moscow, Reykjavik, Valparaíso or even little old Skopje... every place is a good place if you are fond of observing life on Earth.

If I hadn’t started learning Russian, I might even have come to Russia, but for sure I wouldn’t have spent here the biggest part of my adult life.

In my case, learning the language took several stages starting with, “do I really need this?”; “seems I will never be able to speak”; and “what’s wrong with the people who compliment my talking? are they deaf or what?”; and ending with, “I probably reached the limit of my possibilities, so I really don’t care how I speak anymore.”

I said ending, but interestingly, those phases have no end. Living in Russia doesn’t allow you to relax. You always raise the bar, demand more from yourself. You may not hope to write a novel in Russian or give up the idea of starring Russians without a voice over, but there is always something you can strive for.

Right now bringing up Russian speaking children is the main question for me. Children who yesterday were losing consciousness (thank God only in words) by falling into an unknown land called (instead of “” – syncope), and tried to “get over of here” instead of “pass through,” now are suddenly correcting your grammatical cases and emphasis. And if they are already in first grade, they tell you that this word is spelled with ‘y’ not ‘i’. At the same time, you have to act the role of a senior who must be obeyed and who sometimes must raise a voice to.

Just when you think you’re on top of things that they’ll remember their entire lives, you see the sly smile of a kid’s face and realize that you were speaking total nonsense. But maybe there’s nothing wrong with this state of affairs? I’ve always thought that parents should use every chance to slow down the pathos.

If you liked this offbeat story, there’s another one from the same author about killing time in a Moscow university dormitory – “Making sense of Noah’s Ark”.