Cats, weddings, and empathy: What inspires Russians to heroic deeds in everyday life? 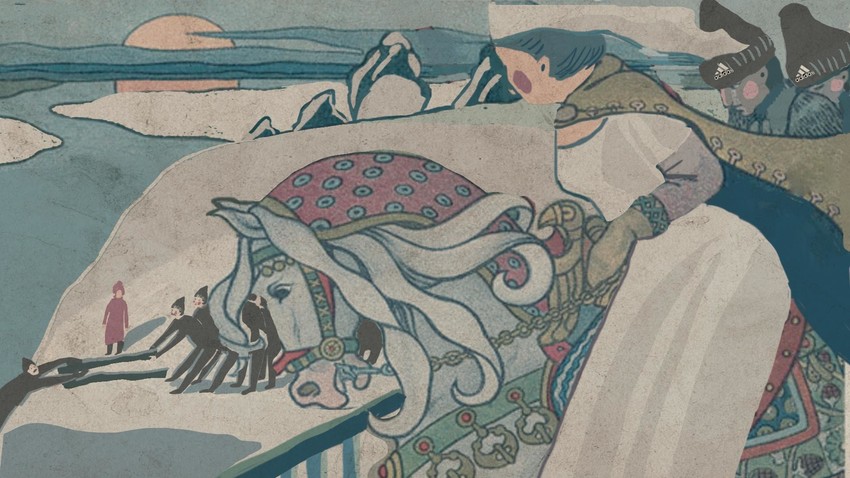 Ekaterina Lobanova
Next time you visit Russia take a look around: You might be walking next to a hero in disguise.

Cats are fluffy, but they can be dummies. This cat climbed a very tall tree in Nizhny Novgorod and couldn't get down on its own. This is when a heroic Russian soldier came to the rescue and turned a simple mission into an epic, ruinous and hilarious Odyssey.

During his heroic feat, the brave soldier broke a window, cut down a tree, damaged power lines and caused a temporary blackout in the area. Still, he rescued the frightened cat, which must have feared the savvy hero more than heights.

Asked about his plans after the successful mission, the brave Russian rescuer said: “I’m going to get some sleep now.”

The sacrament of marriage is a stressful experience, especially for novices. In 2014, Russian priest Alexey Peregudov was leading a wedding ceremony when the groom felt sick and collapsed. Putting his main duty aside, the priest began performing CPR on the man. After a series of manipulations the man revived, and according to some sources (in Russian), even completed the wedding ceremony. The hero-priest confessed later that he previously had only seen CPR done on TV…

On other occasions, the newlyweds personally took on the burden of heroism. Take for example this pair, who went to a bridge to pay tribute to tradition by throwing flowers into the river, but instead saw a man and a little girl drowning in the icy water. The party came to their rescue, using logs to get the man to the riverbank.

Many heroic acts performed daily by men in uniform go unnoticed. This brave attempt to stop a drunken car thief, who tried to shake off a patrol, was caught on camera.

In February 2018, a Russian traffic cop jumped onto a stolen car’s trunk, smashed the rear window while the car was moving, climbed inside the car, and then apprehended the criminal in the best traditions of Mission Impossible. It’s hard to imagine what could have happened had the hero-policeman failed to stop the crook.

Rescue workers demonstrate courage every second they are at work selflessly saving people from dangers small and large. In 2017, two Russian rescue workers, Artem Ryzhov and Pavel Igoshin, went above and beyond the call of duty when they sheltered (in Russian) a homeless man in their own apartments. The rescuers provided the man with food and clothing, and most importantly, they helped restore his long-lost ID card. The heroic act did not end with gratitude, however, because one day the adopted man left in an unknown direction, even leaving behind his newly acquired papers.

Small acts of kindness can sometimes match heroic deeds in terms of the effect they have on the community. This inspiring video compilation of Russian drivers helping people in need is uplifting.