What do Russians think about legalizing guns in the Motherland? 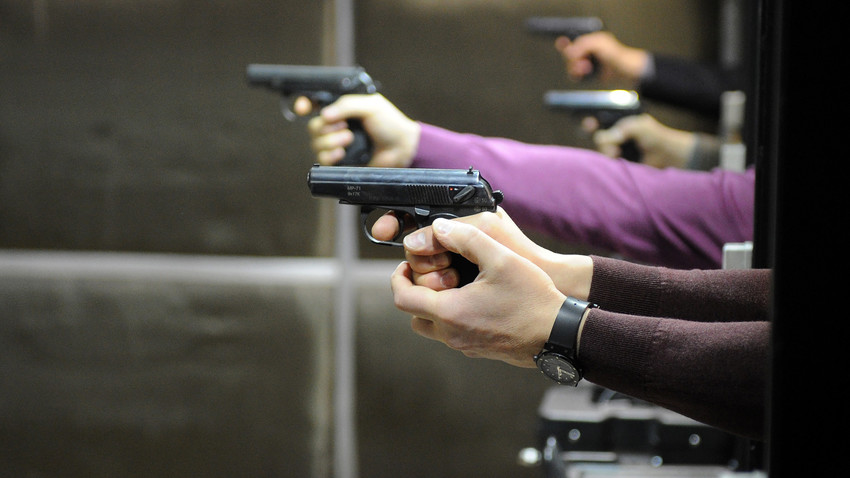 Sergey Fadeichev/TASS
While #MarchForOurLives is bringing American students onto the streets to end gun violence, Russians are also speaking out about legalizing guns in their country.

Most Russians are afraid of guns pouring onto the streets. An informal Russia Beyond poll of a dozen random respondents produced a stunning result: over 90 percent are against gun legalization.

The last major scientific study on the topic was conducted five years ago, and it drew a more precise yet similar picture: about 80 percent of the Russian population thinks the country is better off without guns in private hands.

Behind the numbers lies a deep mistrust that Russians apparently have towards each other. “The level of covert aggression in Russia is way too high, especially among those who live in poverty, and [the legalization of guns] will not end well,” Konstantin Erofeev, a 25-year-old Moscow resident, told Russia Beyond.

The risk of domestic violence escalating to manslaughter worries almost everyone with whom Russia Beyond talked. However, a high level of mistrust towards one another seems to be the main reason that many Russians oppose legalization.

“There is no culture of handling guns in Russia and nobody will ever develop it. This is a country of bullying machos, and guns will only be used as a means to self-assert and to show off,” Eugene Novikov, a 29-year-old Muscovite, told Russia Beyond. Despite admitting that he is a gun enthusiast, Novikov was against the idea of selling guns freely.

Many Russians worry less about coming up against an armed thug but are more concerned about living side by side with intemperate and bad-tempered compatriots who might be armed.

“It’s madness to allow the legal circulation of weapons when public ethics is collapsing,” Nikolay Makeev, a 33-year-old Moscow resident, told Russia Beyond.

Even though well outnumbered, gun supporters vocally protest against what they see as discrimination. “It is a form of social Nazism to say that people in this country are not suited for owning guns. Are Frenchmen or Americans, for example, less aggressive? Every nation has individuals who can’t be trusted with weapons,” said Semen Shevtsov, a 31-year-old Muscovite, and the only respondent openly stating pro-gun sentiments when speaking with Russia Beyond.

Surprisingly, sociologists have noticed a steady growth in pro-gun sentiment among Russians, from 14 percent in 2010 to 22 percent in 2012. This figure backtracked a year later, however, when only 18 percent of Russians expressed support for gun legalization.

“We haven’t conducted surveys on this matter since 2013. […] Apparently, there’s a need for new research,” Igor Zadorin, a leading sociologist at ZIRCON Research Group, told Russia Beyond.

The 2013 research triggered a public discussion, and it was clear that anti-gun advocates outnumbered the vocal minority of pro-gun enthusiasts. While there is no hard data, sociologists assume that the current situation won’t differ much than five years ago.

“We can guess that there has been no serious change in public opinion on this issue because there are no new pro-gun arguments, and the old pro-gun arguments are losing their appeal since the crime rate [in Russia] is dropping; also, the number of mass shootings in countries where guns are legal is increasing,” said Zadorin.

While there is a lack of reliable data, it’s safe to say that gun legalization in Russia is highly unlikely, at least in the next few years.

Read about how Russians lost their own second amendment here.