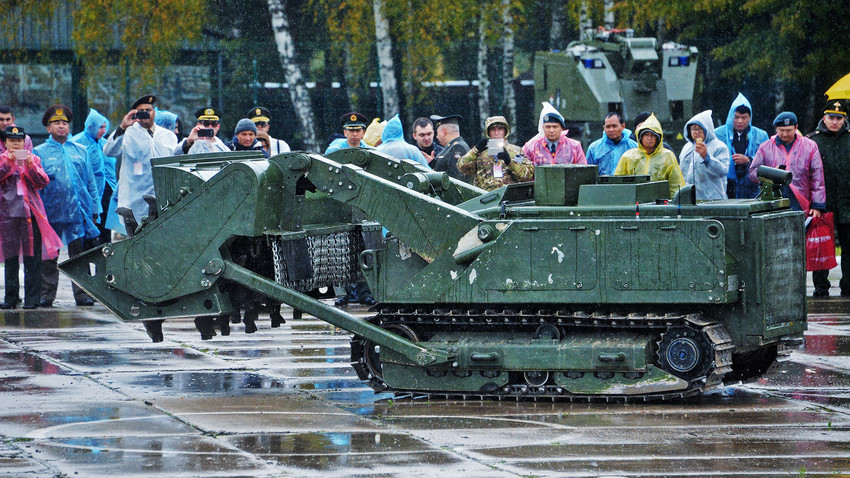 Pavel Gerasimov/Sputnik
‘Uranus-6’ and ‘Uranus-9’ - which have already been tested for the event’s rehearsal - will roll through Red Square on May 9.

‘Uranus-6’ and ‘Uranus-9’ - which have already been tested for the event’s rehearsal - will roll through Red Square on May 9. 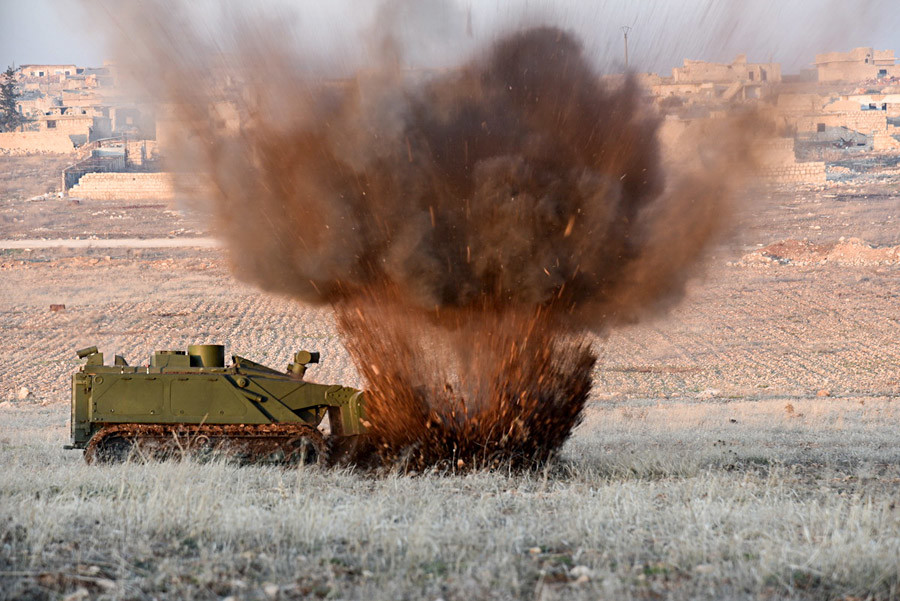 Ministry of defence of the Russian Federation/Sputnik

"Uranus-6" is an armored sapper vehicle designed to demine cities, forests, and mountainous areas. The robot is equipped with four video cameras, interchangeable “trawlers,” and a mechanical grip - it’s also installed with technology able to detect various types of mines.

The robot weighs no less than six tons and can be controlled remotely from up to one kilometer away. A single machine replaces the work of 20 sappers.

Its sibling "Uranus-9" is designed for reconnaissance and infantry support. 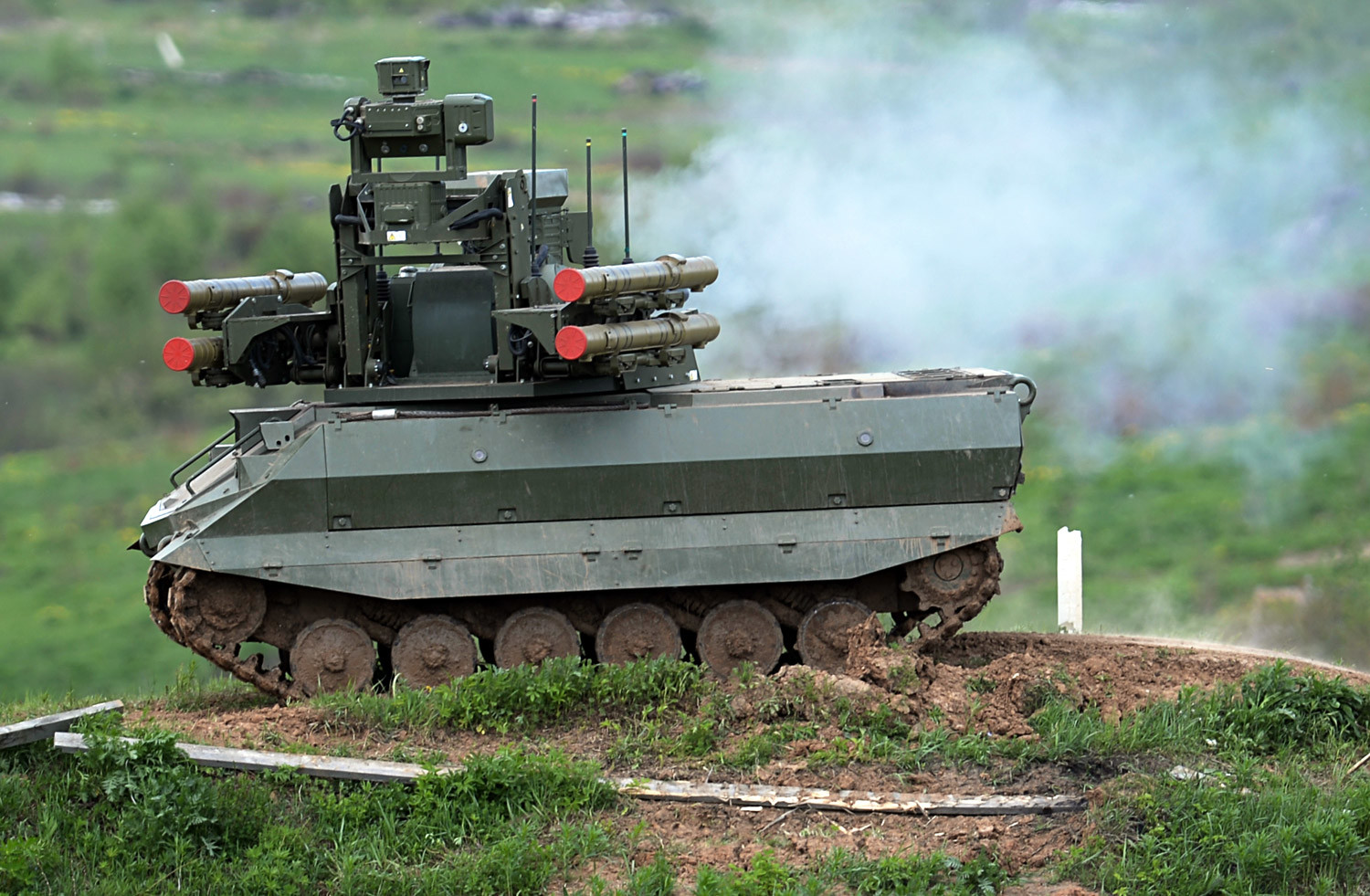 This ten-ton metal beast is armed with a 30-millimeter automatic cannon, machine gun, and a multi-channel guidance system with optical, laser, and infrared channels. The robot is controlled remotely via a radio channel with pseudo-random frequency tuning.