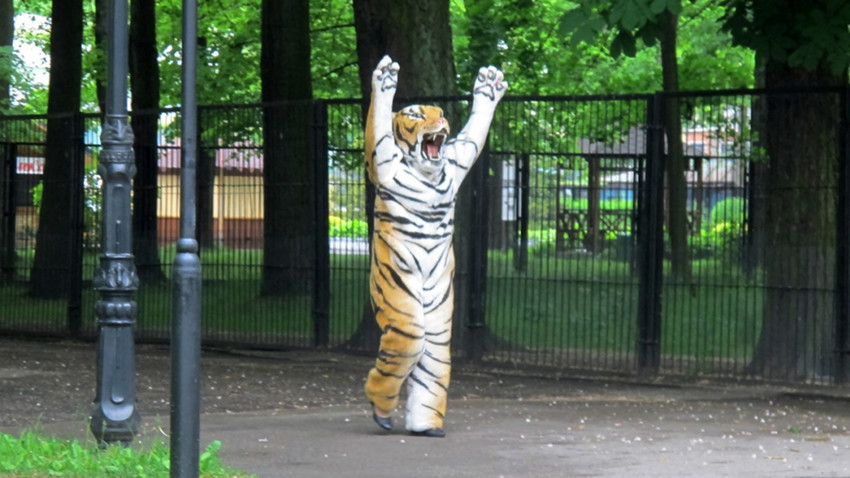 Kaliningrad Zoo
It looks like the “beast” was simply enjoying a stroll around the city.

Kaliningrad Zoo conducted a slightly odd training exercise: A man dressed in a tiger outfit was told to “break out” of a compound so staff could practise capturing a wild animal on the run.

Police, private security firms, and other municipal employees were supposed to chase the fake tiger - just in case it ever happens in reality.

However, the fleeing “tiger” was caught on camera, and his acting skills really let him down. He was less “dangerous beast on the run” and more ridiculous looking dude in a furry outfit casually strolling Kaliningrad’s streets, occasionally throwing a backward glance to check if the zoo’s emergency staff were closing in on him.

With such a lazy tiger, it’s no surprise the drills were a “huge success.”