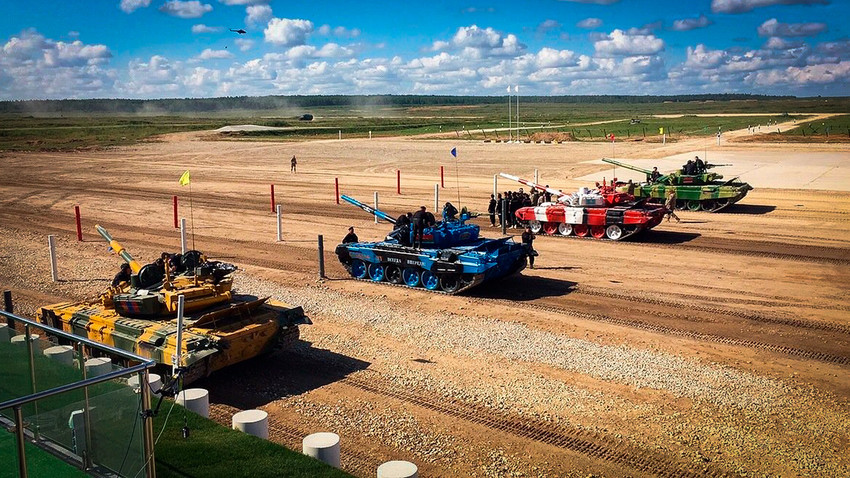 Diana Lightman
Football, baseball, and rugby are small fry compared to this…

This is a guest post from our friends at Slavorum, the center of Slavic culture, history, tradition, and mythology. To read more of their stories, visit Slavorum.org or follow them on Facebook 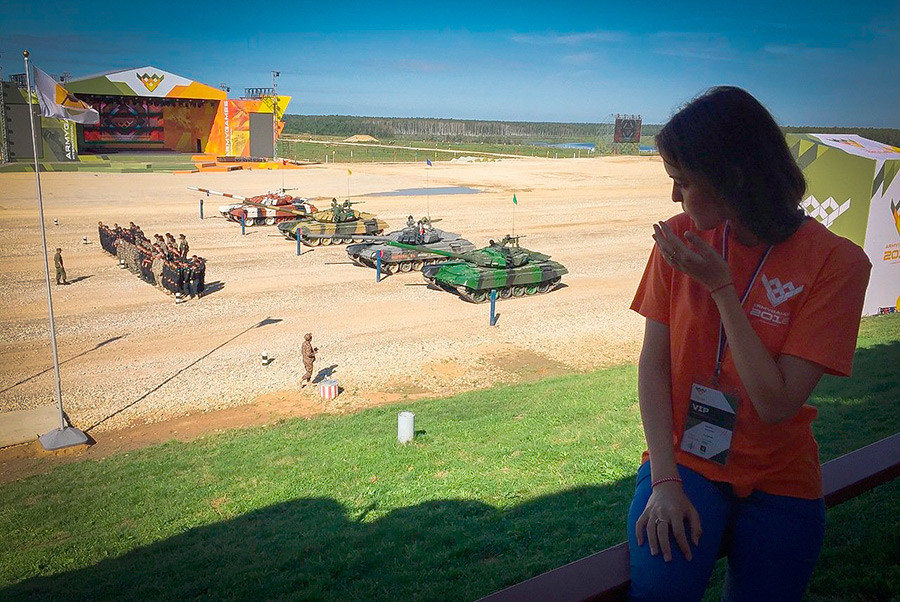 Russians have always been famous for our particular ways of doing things, and sport is no different. Sometimes we get bored watching all these ordinary competitions, like football, ice hockey, or winter athletics - they all follow the same plot. So, Russia’s Defense Minister Sergey Shoygu decided to do something about it and created the International Tank Biathlon. If you haven’t seen it, it will change your view of sports forever.

Tank Biathlon is a military sport which utilizes the complex training of tank crews, including their rough terrain skills, combined with the ability to provide accurate and rapid fire while performing maneuvers 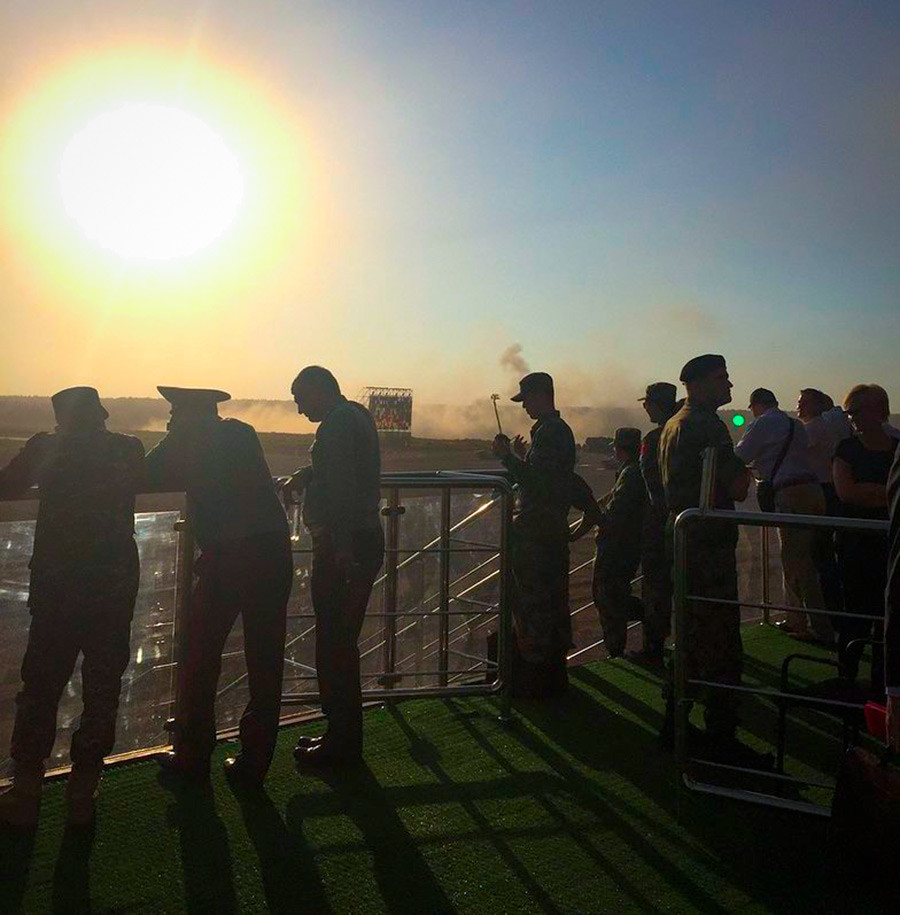 games, or at least the concept, existed even before the official introduction in 2013, when Tank Biathlon wasn’t yet a truly international contest, with only Russia, Kazakhstan, Belarus, and Armenia participating.

After the first competition the games started to pick up speed and in 2014 a total of 12 countries (Russia, Armenia, China, Kazakhstan, Belarus, India, Kirgizia, Serbia, Mongolia, Venezuela, Angola, and Kuwait) got involved, while in 2015 Nicaragua joined. In 2016 the competition welcomed 17 nations with newcomers Iran, Zimbabwe, Azerbaijan, and Belarus (which missed the 2015 contest) taking part, and in the 19 countries went head-to-head, with Laos and Uganda swelling the ranks 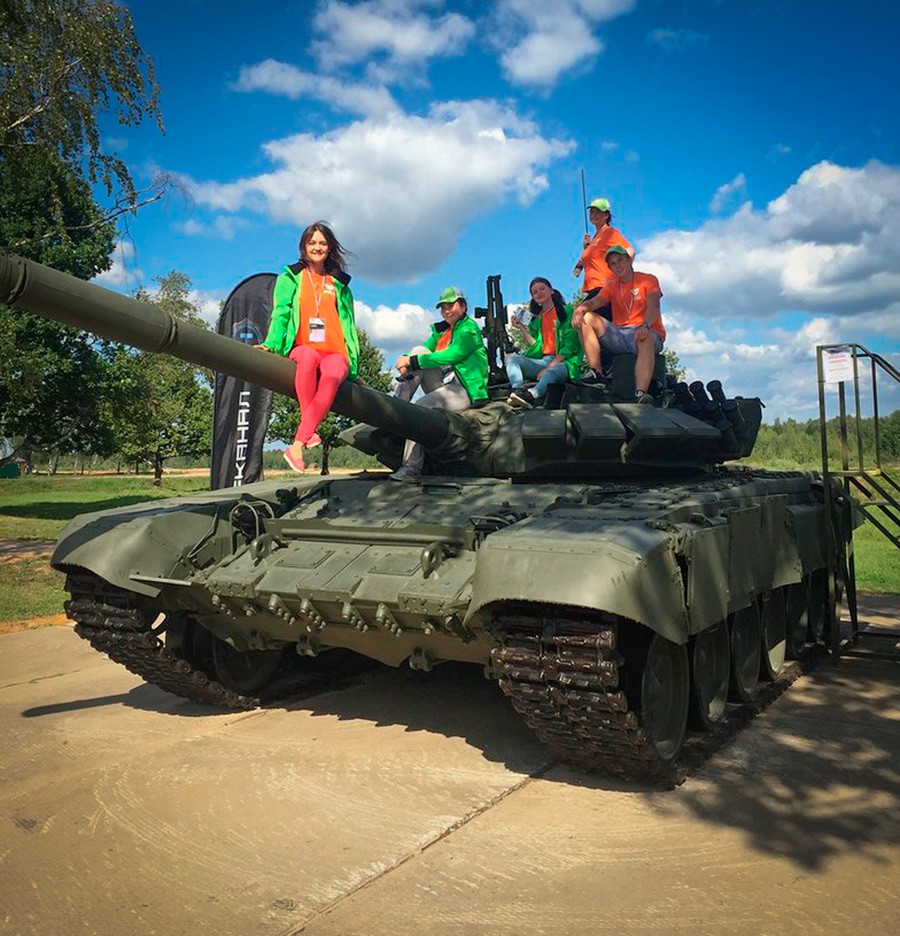 year the number of participants reaches 21 together with Myanmar and Syria. The main vehicle is the T-72B3 tank, which is granted to each team. Still, China and Belarus tend to use their own machines, the TYPE 96B the greatly modified T-72 respectively. The competition consists of three stages: Individual races (with all teams participating), semifinal relay races, and final relay races. 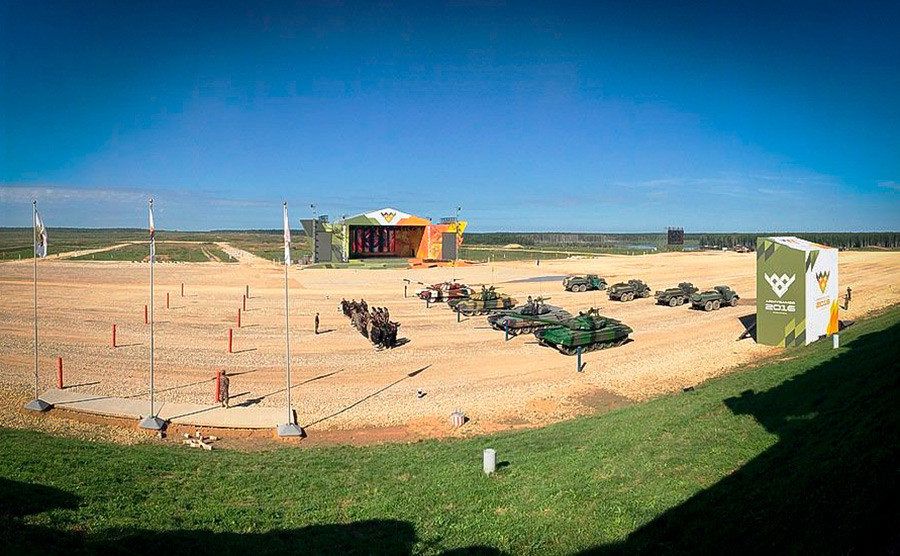 Individual races determine the ranking of the teams. In this three crews from each team participate and each crew uses its own vehicle. The crews start separately, staggered by a one to gap, so there are four tanks going at it at once. Each crew runs three laps of three to four kilometers with three firing sessions: Gun firing - three rounds at the “tank” target, AA MG firing at the “helicopter,” and coaxial MG firing at the “AT grenade launcher.” But the mission isn’t over yet.

The machines must also navigate several obstacles results of each crew are counted by adding up the total distance time and penalties. The top twelve teams in the individual race win a place in the semifinals of the relay race stage. 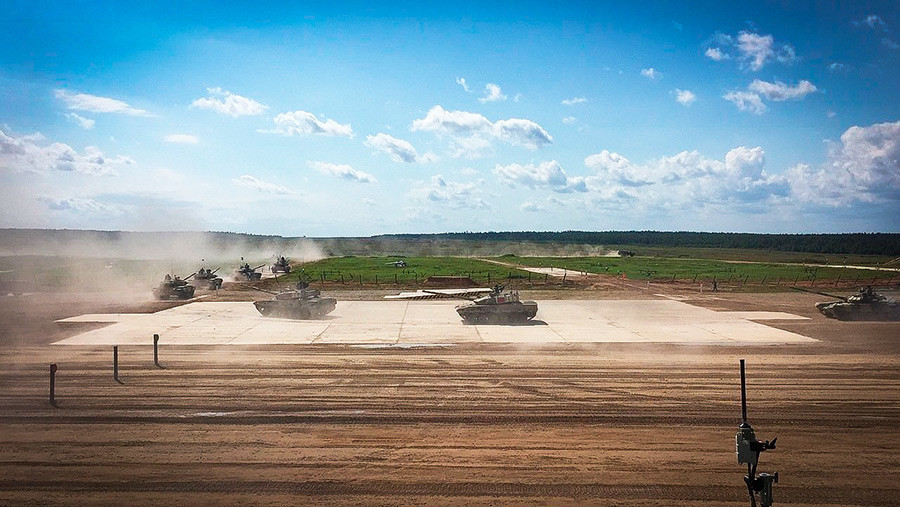 Relay races determine the best team. Each crew four laps of three to five kilometers overcoming the same obstacles and engaging targets on three firing lines. However, the rules are a bit different: Now the crews start at the same time so there are four tanks racing at once. The four teams with the best results in the semifinals progress to the final stage. The winners are rewarded with a special cup after the final relay race.

The Tank Biathlon is held on the Alabino shooting range in Naro-Fominskiy in the Moscow region and lasts from the end of July up until the middle of August. For this year the calendar is already fixed and the event will take place from the July 28 to Aug. 11. There are several ways of reaching the place, including free transfer for those not traveling by car. The competition is not the only thing to enjoy in Alabino: In the territory of the shooting there are numerous exhibitions, canteens selling food from different countries, children playgrounds, training machines, food trucks, and so on 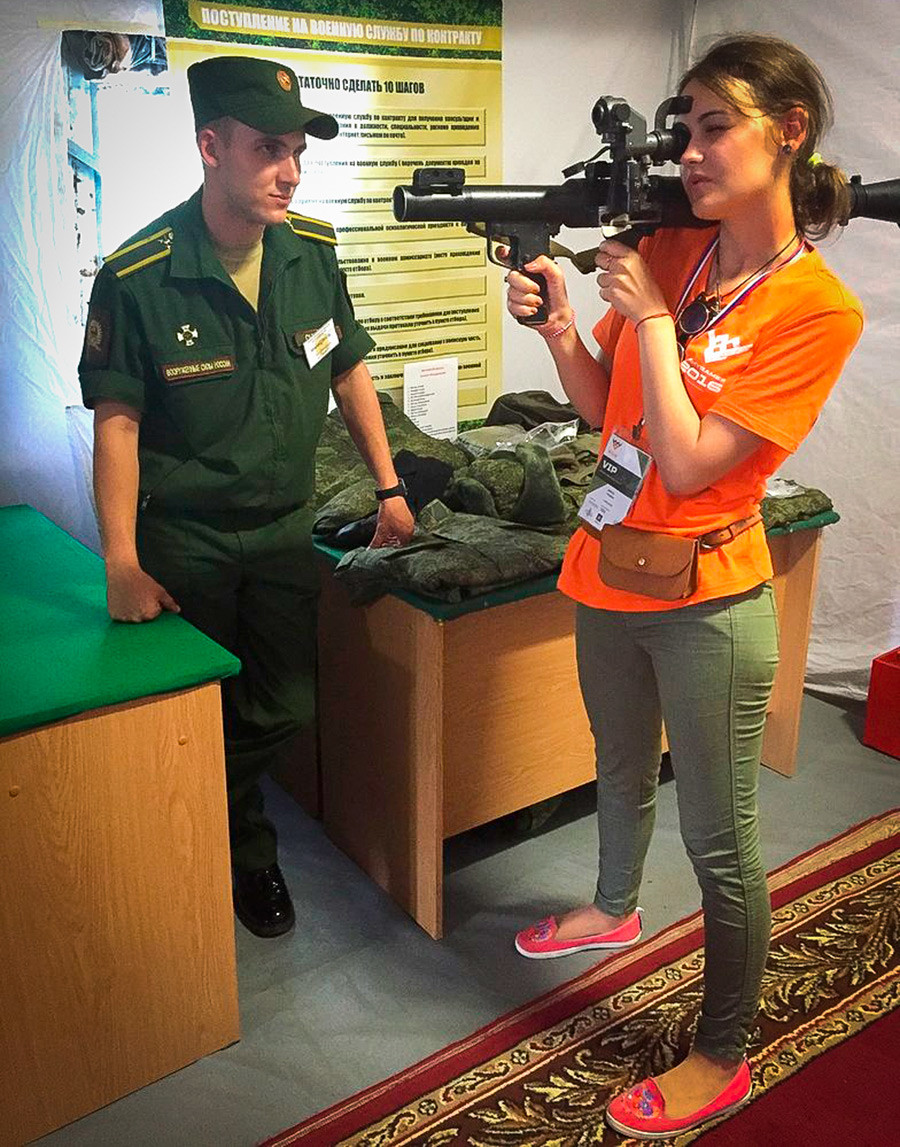 Tank Biathlon is a part of the International Army Games that are held annually and determine the best of the best among various types of troops: Military police, parachute corps, , field canteen, and so on. The tank competition is traditionally held in Moscow, as well as the field canteen contest. The tickets are available the official website of the Tank Biathlon, and if you are afraid of getting lost, the volunteers are always there, ready to translate, and give directions.

This is a guest post from our friends at Slavorum, the center of Slavic culture, history, tradition, and mythology. To read more of their stories, visit Slavorum.org or follow them on Facebook.