8 ways to drink vodka in Russia: From ultra-safe to life-threatening 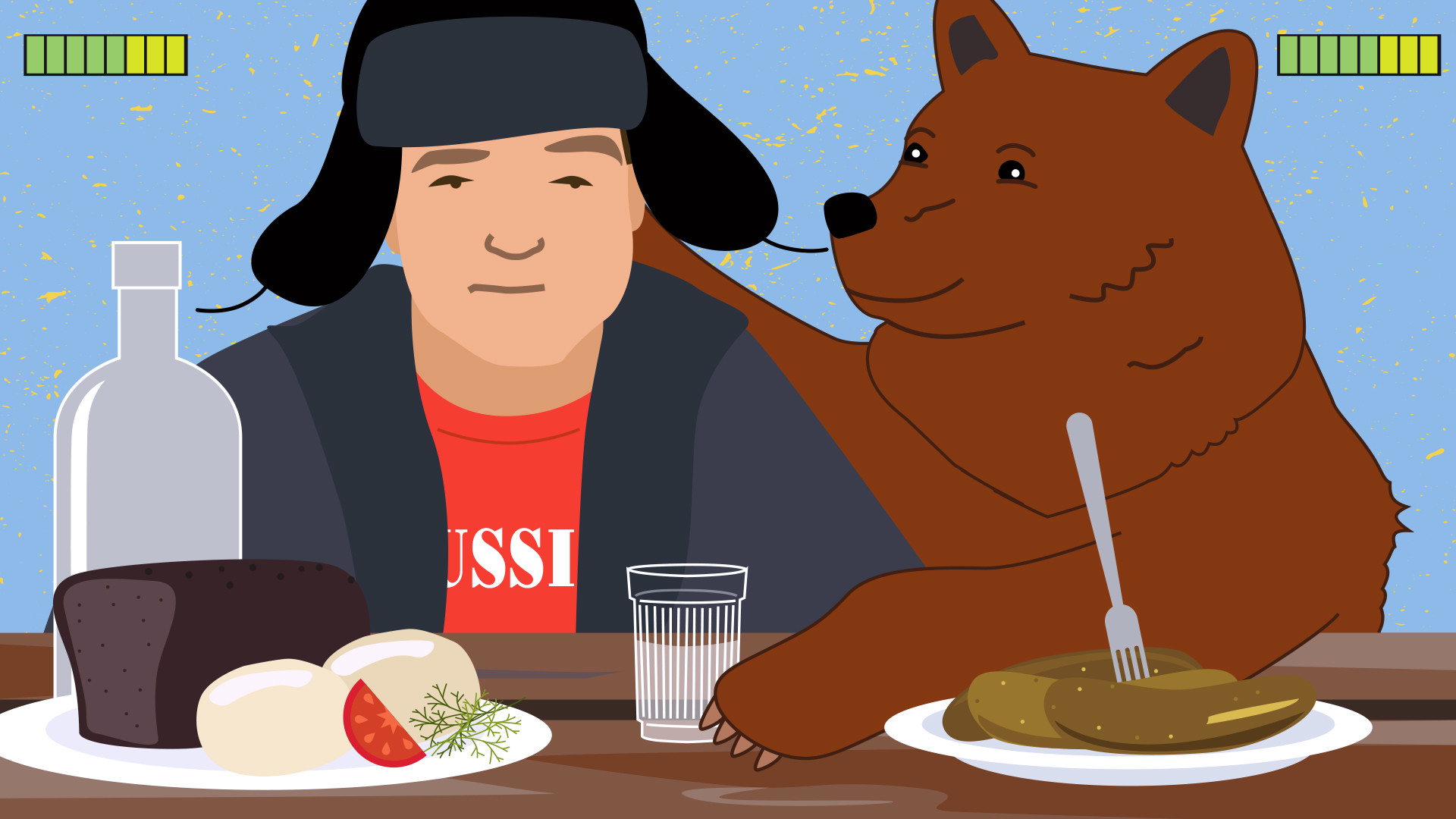 Alena Repkina
Vodka, Russia...we all know the stereotype, but there is some truth in it. So if you’re going to drink in the country, you might as well drink like a Russian. When in Rome... 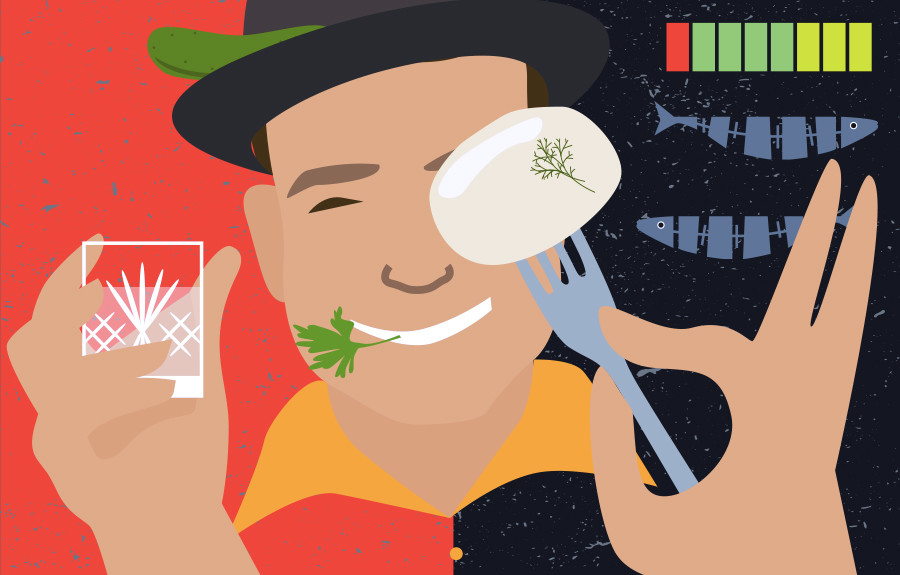 This method is for those who want to drink without getting drunk. Yes, it’s possible. Bear in mind, you should eat a hearty meal before to make sure your stomach is lined. Neck a shot of vodka before the party, about 50g will do. This will help your body to get ready for accepting more alcohol later.

During the night sink 40g every 30 minutes and don’t forget to eat a snack like boiled potatoes with butter, greens, or pickled herring. And remember: In between measures of booze make sure you drink no less than a gallon of cranberry juice or warm water. Do this and you’ll wake up feeling as fresh as a daisy. 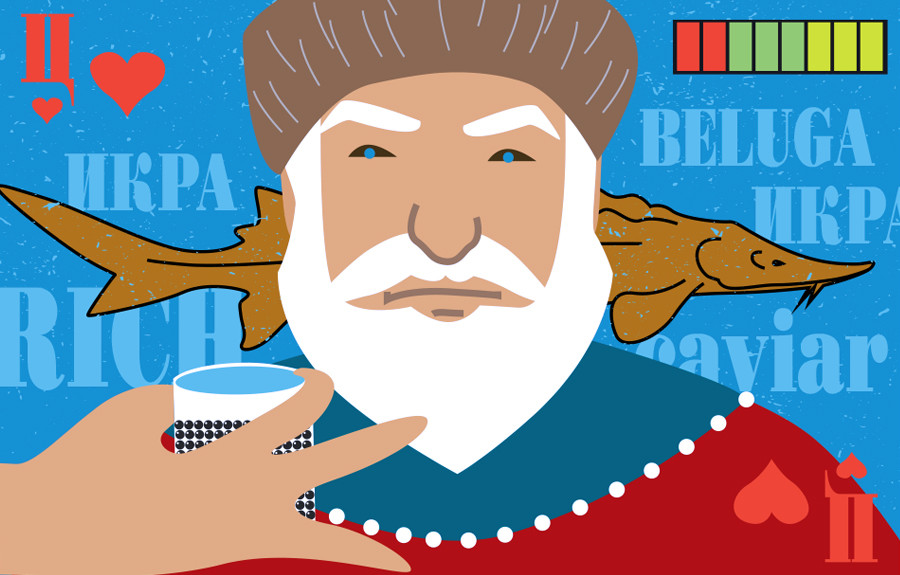 In the late 18th century during the reign of Russian Empress Catherine the Great, vodka was widely accepted as an elite drink. Today it’s considered the purest drinkable booze.

Vodka experts say the drink highlights the best qualities of expensive snacks. The classical variant is to serve party-goers thin slices of slightly salted salmon and trout sprinkled with lemon juice and decorated with chives or herbs. You could also be offered tartlets with butter, either red or black caviar, and fennel. But modern restaurateurs have invented a neo-royal way of drinking vodka. They put a slice of fish or a teaspoon of caviar on the bottom of a glass before covering alcohol. The taste is rather unusual, but you will feel like a tsar. 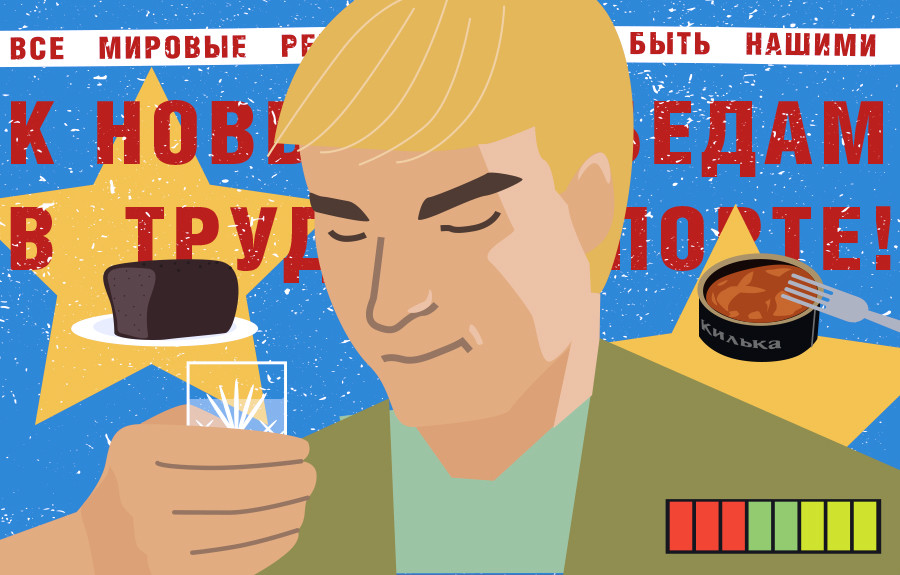 Don’t worry, you don’t have to put a red tie around your neck and a portrait of Lenin above the bed. But we can’t say the same about a tin of sprats in oil, goby fish in tomato sauce, a loaf of brown , and a good old faceted glass.

Always open tinned fish with a knife. It’s obligatory. Forget about plates, take a fork and eat directly from the tin. Use the whole loaf to wipe off the blade and then cut off a thick slice. Check that the level of vodka in each glass is around one inch. 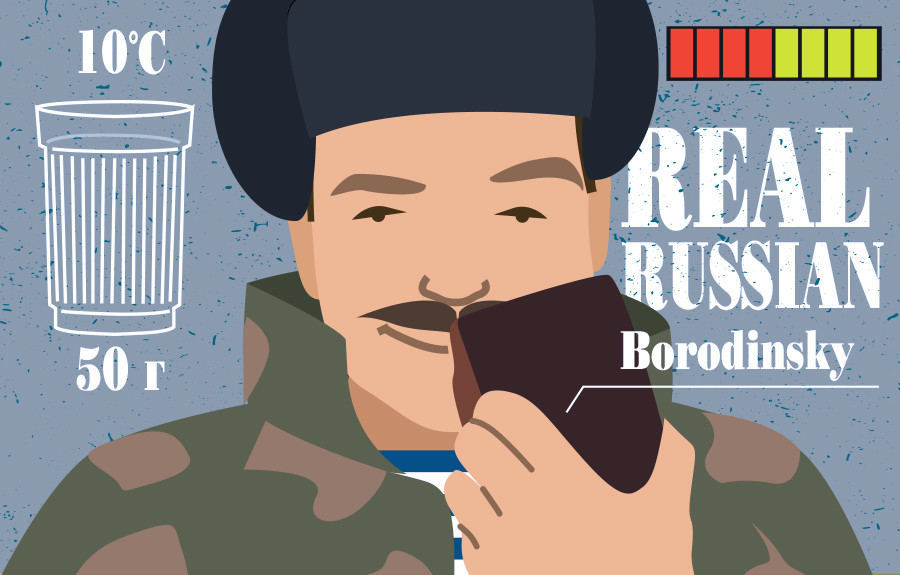 This method should make you tipsy by the evening, but if all goes well you’ll be feeling fresh in the morning. Before ingesting the vodka, check the drink’s temperature. It should be pleasantly chilled, no warmer than 10 °C, but make sure it’s no colder. As we all know, water turns to ice but alcohol doesn’t, so you could end up drinking a shot of pure ethanol.

Take a thick loaf of fragrant bread. We recommend using “Borodinsky.” Pour 50g of vodka into a glass. Breathe in the smell of the bread, then exhale loudly. Firstly, by doing this you’ll look like an ordinary Russian man. Secondly, this operation will blow away spirituous vapors. Drink the vodka fast, then smell the piece of bread again and bite it. Done. You’re great. 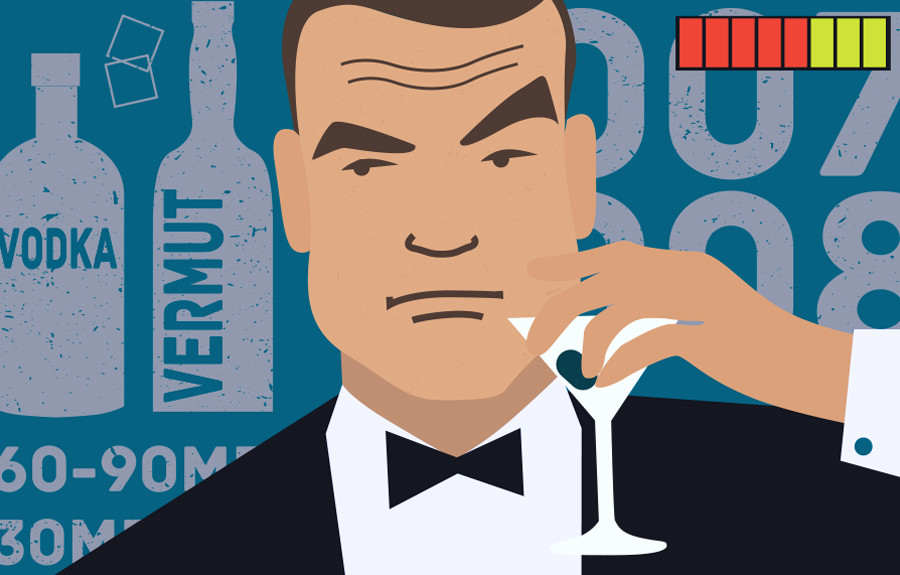 James Bond isn’t only loved in the English-speaking world. He’s pretty well-known in Russia too. So to feel like , you’ll need 60-90mg of vodka and 30mg of dry vermouth. But contrary to the iconic Bond tipple we recommend drinking this mixture both shaken and stirred. You can also add some olives to ice cube trays before freezing for a classy touch. 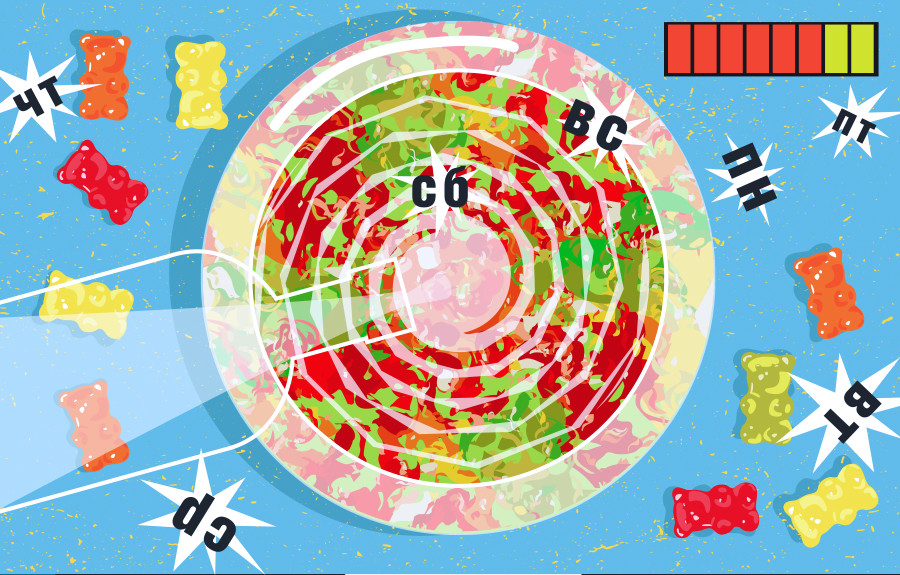 For one ass-kicking cocktail put 60 same-flavored sweets into a shaker and add 180 mg of vodka. Shake the mixture until the alcohol takes on the same color the goodies. Leave it for several hours in a fridge. Then filter the cocktail and serve with gummy bears. You can empty an entire pack into a punch bowl, add marmalade, and pour in the colored vodka - allow to marinade for two days. Probably best to make sure you don’t need to work for a few days after drinking this stuff. 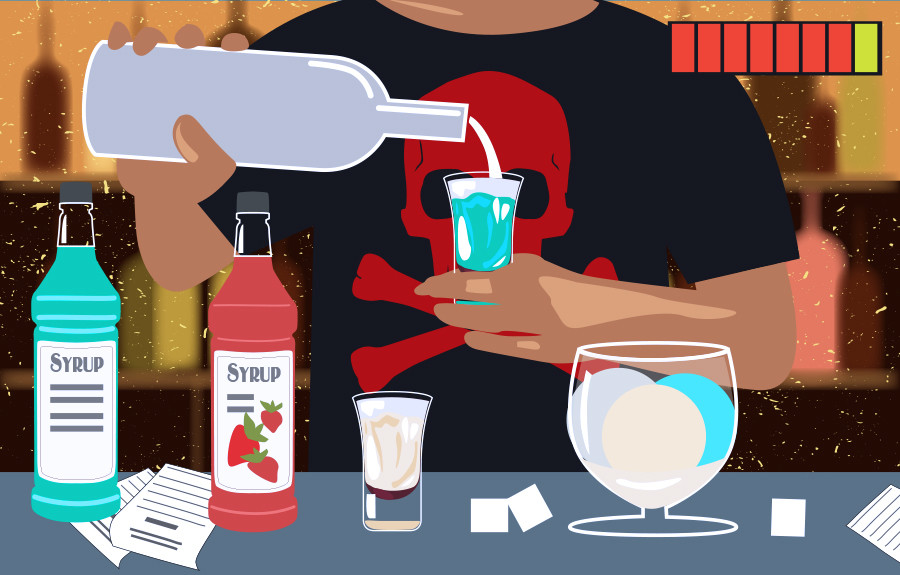 Many vodka connoisseurs say good wheat alcohol has a pleasantly soft, slightly fruity taste. That’s why it’s easily combined with sweet, fresh flavors. Many Finnish and Russian brands have invented vanilla, apple, cherry, and even chocolate syrups for those with a sweet tooth. They recommend eating it with ice-cream. But frankly speaking, buying this alcohol can be expensive. Adding some sugar to ordinary vodka is a good alternative. It will reduce the bitterness/hole in your wallet. 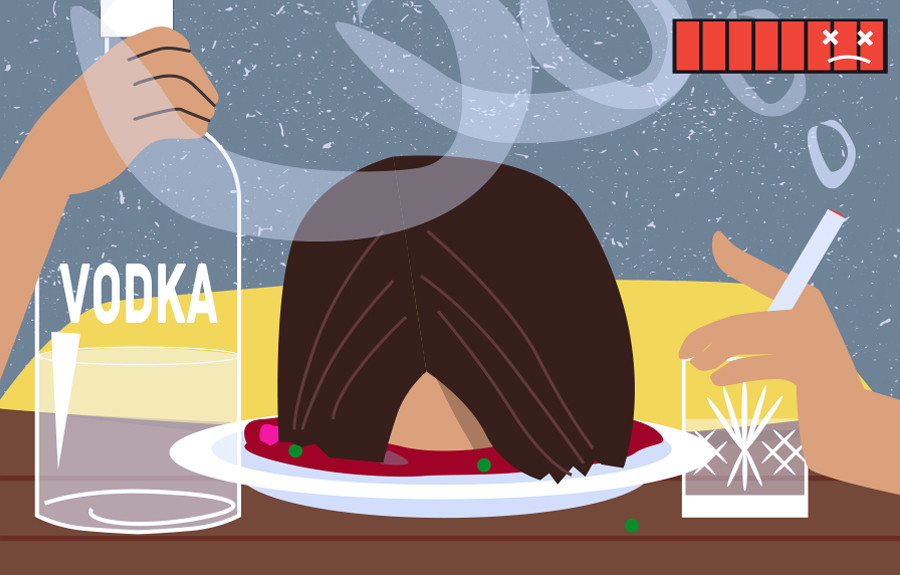 This method is for party-goers who drink for the sake of getting drunk as fast as it is possible. Take a small (about 30 mg) every three to four minutes. Appetizers are for weaklings, so water. For a really explosive effect smoke two cigarettes at the same time. Carry on until blind drunk (which should take about 20 minutes).

And for the morning after sure to buy ibuprofen, activated charcoal, and three bottles of mineral water. Good luck.