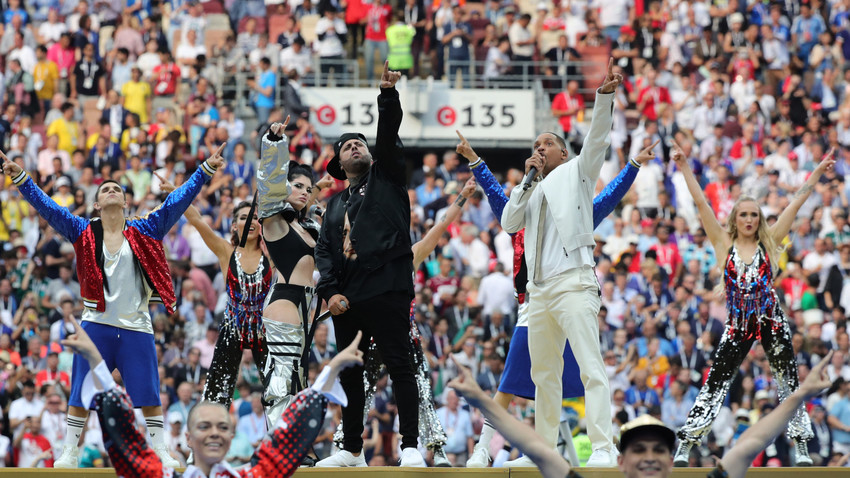 Global Look Press
The championship game is played in Luzhniki Stadium and broadcasted in fan zones across the country.

Team France faces Team Croatia in the fight for the FIFA World Cup on June 15. The date marks an end to the world's most amazing sporting event, which Russia was proud to host.

President Vladimir Putin of Russia, who confirmed that he would attend the finale in person, handed the mantle of World Cup host to Qatari Emir Sheikh Tamim bin Hamad al-Thani in an official Kremlin ceremony earlier on June 15.

The final act of the 2018 FIFA World Cup Russia™ promises thrilling action as Team Croatia, which was largely considered to be an underdog, gave a stunning performance and knocked out the semi-final favorite, Team England.

The final game will be held in Luzhniki Stadium in Moscow and broadcasted in fan zones of host cities, as well as in cafes and even in the metro.

The next FIFA World Cup will be held in 2022 in Qatar.