‘I dreamed of seeing Messi play’: Indian teacher makes it to Russia on a bicycle 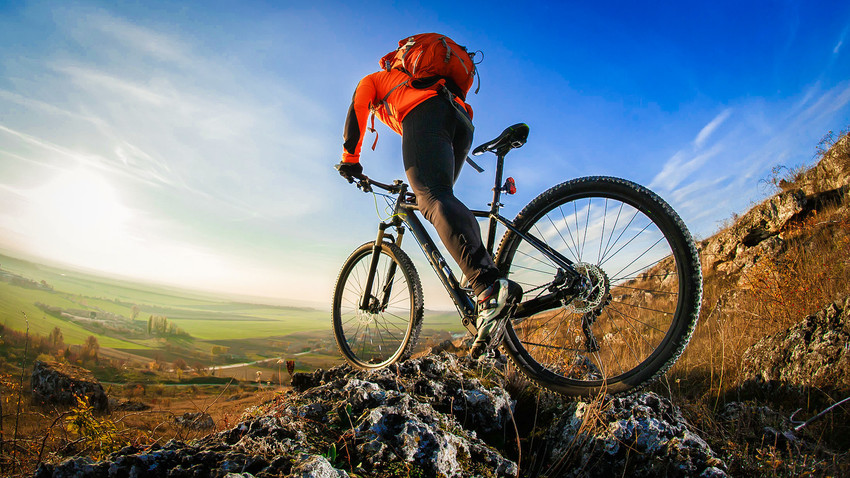 Everyone had their own way of getting to the World Cup: some people walked, others took a tractor... not Francis. The 28-year-old Indian from the city of Kochi completed the lion’s share of the trip by bike.

He started the trip in February. Unable to get a Pakistani visa as an Indian, he first made his way to Dubai, then took a ferry to Iran, from where he set off to Russia, through Azerbaijan.

Francis started small – doing only 15 km a day, so as not to strain his muscles. The first four days were the worst, as pain would rear its head.

“I was really ill-prepared for the trip. I only carried with me a jacket, a sleeping bag, a tent tools for the bike,” the 28-year-old math teacher was quoted by The Village as saying (link in Russian).

He got the bike in Dubai – and it wasn’t easy finding a cheap one.

“The very first day I punctured a tire and started repairing according to the manual. It was terribly hot, I was sweating profusely,” he remembers. “Suddenly, a girl, who had separated from her group of teenage street children, came over to offer assistance. I’d asked her to hold the bike as I fiddled with the tire, and we got to know each other. She turned out to be from Pakistan, and had to move to Iran, due to family issues.”

Later, that girl even fed Francis. This was often the case over the entire trip. People would offer Francis food and a place to sleep. On his he even met German cyclists who were on a round-the-world trip. They gave him plenty of travel advice.

He says he did not experience any problems in Iran, Azerbaijan or Russia. He encountered no aggression, and even his own language barrier did not hinder communication. “I believe the world is a safe place.”

When in Russia, he visited the France-Denmark game, which ended with a draw of 0-0. “I was happy to be there, although my dream of seeing Lionel Messi play did not come true,” he says. “I spent a week in Moscow, we walked around a lot, went to the Fan Zone. I got the feeling that Moscow really goes all out for football.”

Francis will be taking a plane back and is planning to publish a book about his travels. “Overall I had a really good time in Russia, although there are so many mosquitos!”

Read more: 'World Cup made my dream come true!': Fans tell us their most life-changing stories