Money wars: Why do Russians and Americans differ in their approach to family finances? 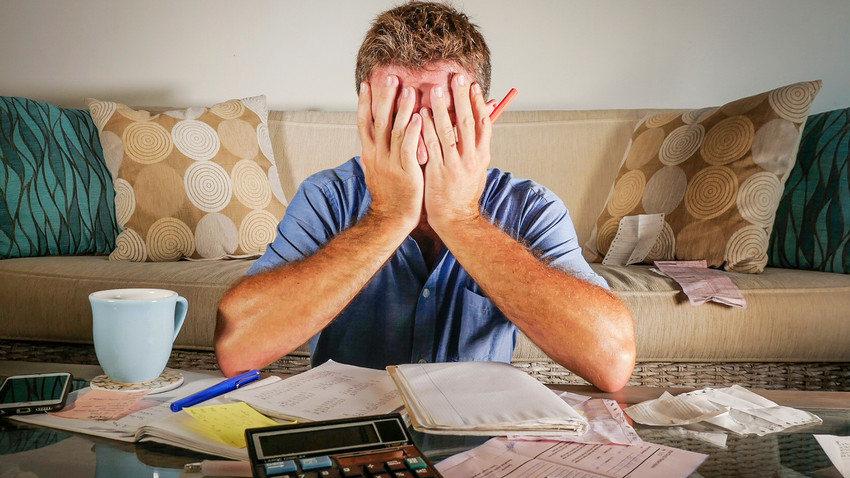 Friendship, love, hate and other emotions are universal, but when it comes to money and the family budget, Russians and Americans are from different planets. Our native Russian reporter who lives in the U.S. finds out why the two nations have radically different approaches toward savings and spending.

“So… How much are we planning to spend on groceries per month?” My American boyfriend gazes deep into my eyes. I’m not quite sure if I understand him properly. Groceries? Well, that’s a romantic subject for discussion.

“What?” I exclaim. Yes, we’re moving in together but I’m not sure if I’m ready to discuss groceries or diapers right now.

“Groceries are one of the main articles in a family budget. How much do you spend a year?”

“You’re kidding, right? Why the heck should I know my annual grocery expenditure? This is not a rocket launch. I’m bloody not interested,” I respond.

At the end of the conversation I’m on the edge of a nervous breakdown. No, I’m not interested in the bloody groceries. I have no idea how we split the bills. I won’t charge you if I buy an avocado. If you’re so bothered about groceries, it’s all on you.

Spending money in the Soviet Union

This is definitely not how most American families I know are planning their budget. Long term financial planning, however, is senseless to me. I grew up in the Soviet Union where spending money on something nice was impossible. Few things were available in shops, and you had to stand in line for whatever there was.

For most Russians, finances are something unpredictable. Yes, budget planning tactics largely depend on personality and background, but, in general, Americans are more money savvy. They are also more stressed out about finances than Russians who usually only become seriously worried when their account is approaching zero.

Not surprisingly, money is one of the major causes of arguments in mixed Russian-American families. “My [Russian] wife’s approach is that, if we have money, we should spend it,” complained Martin Jersey, a U.S. entrepreneur living in Connecticut. “We have three children, but she doesn’t understand that we should be saving for their future.”

Save for college? Nothing is predictable

Most Russians age 25 to 60 years old belong to those generations that lost and then rebuilt their savings many times. I’ve met people who became rich overnight. My parents’ savings turned into worthless paper during the financial crisis of 1998. My salary devalued many times during my almost 15 years in the workforce.

I don’t trust governments, investment funds, banks or financial advisors. They all fail, lie or run away with your money. If you grew up in Russia, there’s only one thing that you know for certain: nothing, absolutely NOTHING is predictable in this world. It’s better to spend your money before it’s too late, and I prefer to do so on trips, events or education; something I’m going to remember and enjoy.

“My [Russian] wife thinks we need expensive holidays, taking a plane somewhere far and exotic, but 95 percent of Americans never take such holidays,” a U.S.-based business consultant, David, told me. “We grew up in stringent conditions where, if people had extra money, they preferred to save it to pay for college education or some other big and important life event and expenditure.”

Many Russians grew up in similar conditions, but somehow we draw totally different conclusions from our experience.

Live to the max and enjoy

“Russians never had a consumer culture for most of the 20th century, and they very much want to live to the max and enjoy life,” said John, a former NGO worker. “In general, Russians tend to value experiences more than Americans. My [Russian] wife sees a $5,000 vacation as something that the children will remember all their life. I think it's better to save this money for their education because an education is something that will clearly determine their future.”

Most Americans enjoy a high standard of living, but this comes at a price. They must pay for nearly everything and suffer severe stress worrying that they won't have enough money. In the U.S. people spend much time and energy carefully planning their budget. That’s a skill most Russians will never learn unless economic conditions in their country become more stable and predictable.

Americans can also learn something from the “irresponsible” Russian perspective: sometimes a life experience is more important than the cash you paid. My boyfriend says he is learning this and believes that one day we are going to “meet halfway.”

I know that our arguments won’t change my belief that spending on joy and comfort is worth it; anyway, a dollar here and there doesn’t make a big difference. I’ve counted my grocery expenses, however. And, yes, they cost much more than I expected.