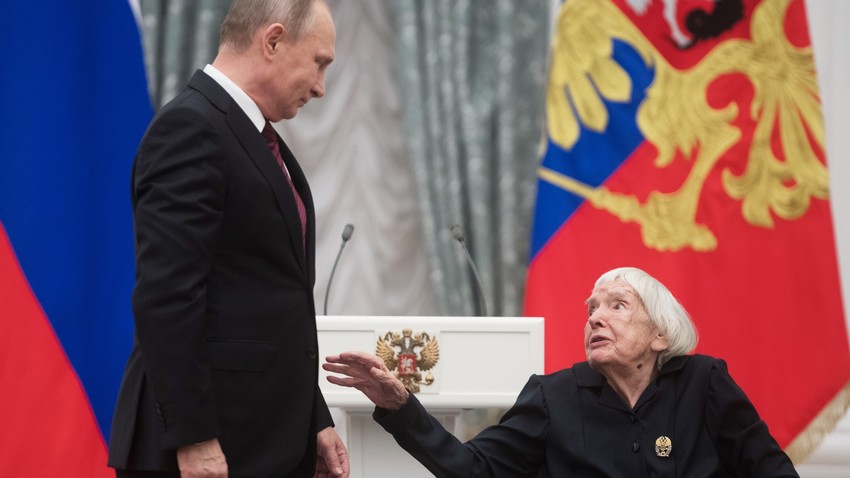 Prominent Russian human rights activist Lyudmila Alekseeva passed away on Dec. 8 at the age of 91.

She started her struggle during the Soviet Union, when she protested against the oppression of writers Andrei Sinyavsky and Yuli Daniel, while also helping political prisoners.

After 16 years in forced exile, Alekseeva returned to Russia in 1993 and continued to fight for human rights as chairman of the Moscow Helsinki Watch Group.

Russian President Vladimir Putin and Secretary General of the Council of Europe Thorbjørn Jagland have expressed their condolences.