Lifestyle
Daniel Chalyan
Dyushin/Pixabay
Our readers often ask what modern Russian people actually think of America. More than ever, the answer depends on whom you ask. Sadly, the more open Russia becomes, the more it is being portrayed as monolithic and starved of outside views. There is good reason for this.

There is a noticeable insistence on the part of both mainstream and high-brow Western entertainment to depict Russians as uniquely loyal to ‘the state’. According to them, Russians don’t get enough outside perspectives. The assumption is that the Russian people would be far less “loyal to the state” if things were otherwise… say - a corporatocracy?

What they’re by extension saying is that any purported negativity toward the United States, or domestic solidarity with Russian foreign policy, must by default be the result of “state-owned media” efforts at brainwashing the Russian people.

There is likewise a sharp increase in the modern misuse of the word “propaganda” - its vast and clumsy application spreading at an alarming pace. New definition that everybody seems to automatically get on board with? “News that isn’t Western.”

Russian cultural characteristics are also being targeted by political satire and big-budget productions, creating an image of a culture that is easier to mobilize public opinion against if (when) time comes for sanctions: ruggedness, a penchant for drink, a certain squareness, cold pragmatism, moroseness and of course - a daily dose of sexism and/or misogyny. These are the things that “keep the doctor away” in Russia. I forgot: and a love of all things that the American people hate. Such as Donald Trump (the man the majority of Russians only found out about in 2016). 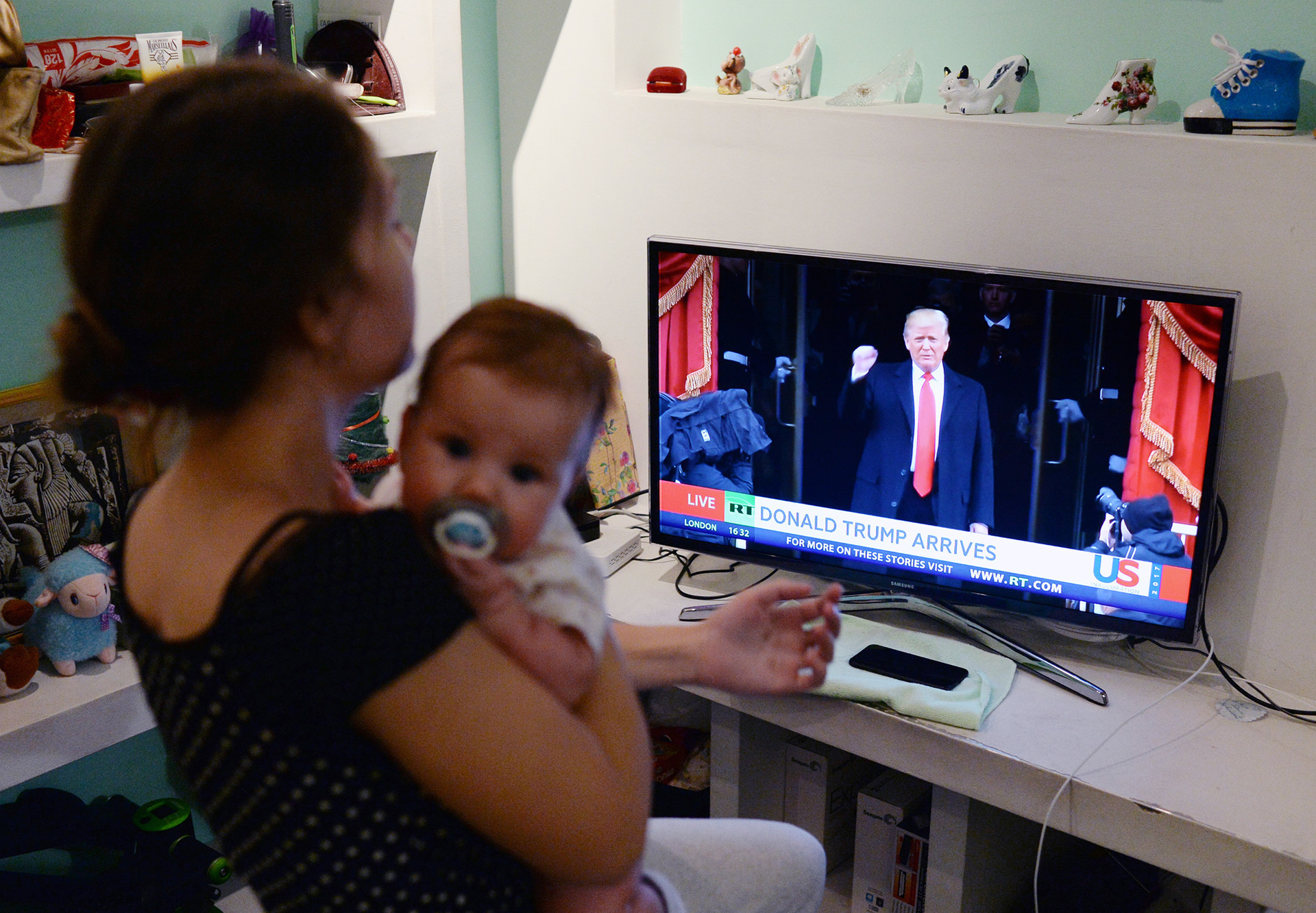 So, when someone asks us: “do you feel as much resentment toward the American people as you did during the Cold War?”, the answer could be “yes” - because a child can see that a program is at work here. But of course, the actual answer is “no”: today more than ever we can separate our peoples from our governments. Even during our socialist era, the Russians loved all things American - particularly the movies. But do Americans themselves know that?

Are we not in a new Cold War when, in 2018, our American friends quote their parents to us as saying “don’t go to Russia, it’s unsafe”? How is this different from when we were referred to as “commies?"

By contrast, our own America-bashing is almost entirely news-based. We don’t have a movie industry with Russian actors playing Americans of questionable character. Nor do we have satirical TV show hosts who start out high-brow, then suddenly play the fool in order for an anti-American punchline to work. Below we see John Oliver hijack President Putin’s International Women’s Day speech to crudely turn it into something sexist or misogynistic by looking at Russian cultural linguistics in an American political context.

I am witnessing a new progress in understanding of the American people and the collection of qualities that make them who they are.

I would only point out that it’s not Russian “state-owned TV” that forms our opinion of Americans - but the U.S. itself. This is an absolutely crucial difference.

We all have internet access these days, so I’m not sure what state ownership of anything even means anymore. Maybe you can tell me in the comments.

However, continued American insistence on using such labels to describe Russia is not difficult to understand. We were always too big to be a global friend. And if you’re not a friend, you’re a “rogue state”. Those are your two options, there is no third.

For some hitherto inexplicable reason, Russia was helped out of socialism, befriended, then strongly opposed on everything from 1996 onwards - including on its request to join NATO to fight terrorism together (yes, that happened). It wasn’t until 2007 that the topic of NATO as being an anti-Russian apparatus even came up: President Vladimir Putin brought it up at a Munich conference, saying what everyone already knew to be true: NATO has nothing to do with actual European security.

Therefore, the issue of Russia never stopping being enemy no. 1 must lie at the core of any attempt at understanding the cultural relationship between our two countries.

The U.S. - just as much as Russian ‘state-owned TV’ - forms Russia's opinion of America

Today’s unfettered access to mass communications is putting public opinion on steroids with the purpose of arming an increasing number of people with views at no cost to their precious time. Although we’re constantly bombarded by what “they” want us to think, we also display a paradoxical lack of desire to sift through freely available, independent sources of information.

Russia is not immune to reducing and stereotyping its foes, but we also frequently consume Western media, and don’t suffer from near the amount of illusion about who the Americans are as they do about us.

How do we know this? Easy. They talk about it all the time, for starters. In movies, in news. Consider this: I’ve never in my entire life heard a Russian say “I went to America, and it was completely different to what I’d expected.” Cooler, maybe. Different? Only after years have gone by. The reverse is true when Americans come to Russia: “Wow, it’s actually really different to how I pictured it.” This may be anecdotal evidence, but is statistically the truest indicator I can give you.

The U.S. is in the unique position of being the prime producer of English-language media and entertainment. This affords it the capability for both - producing reality and the public’s reaction to that reality. (The Soviet Union would be taking notes if it were around. Except we dismantled it. In order to be friends with America).

Still, the Russians don’t have a bad word to say about Americans as people - it’s not a case of Palestine vs Israel. More than ever I hear people on both sides say how similarly we behave in our day to day lives.

One thing that keeps being a subject of discussion here is the American willingness to go out and march the moment you feel your view is underrepresented.

Try asking Russians on the street to comment on the Ukraine troubles of 2014, and you’ll get an extremely uneven response. Far less ‘patriotic’ than a countrywide American desire to talk about who grabbed who's behind 20 years ago before entering politics.

Where the Russians shrug their shoulders and move on with their day, American progressives (often mistakenly equated with real, actual liberals) are shown skinning people alive on TV to prove how much they’re horrified.

I can’t speak for every Russian, but to me, this points to the key difference that Americans have both the ability and desire to take part in their politics. Russians have historically had neither.

By all means, you can lament some Russian hillbilly falling prey to “state-owned TV”, but know this: to an average European Russian, American mainstream culture appears to be of a far singler mind. And not because the Kremlin is telling us that. 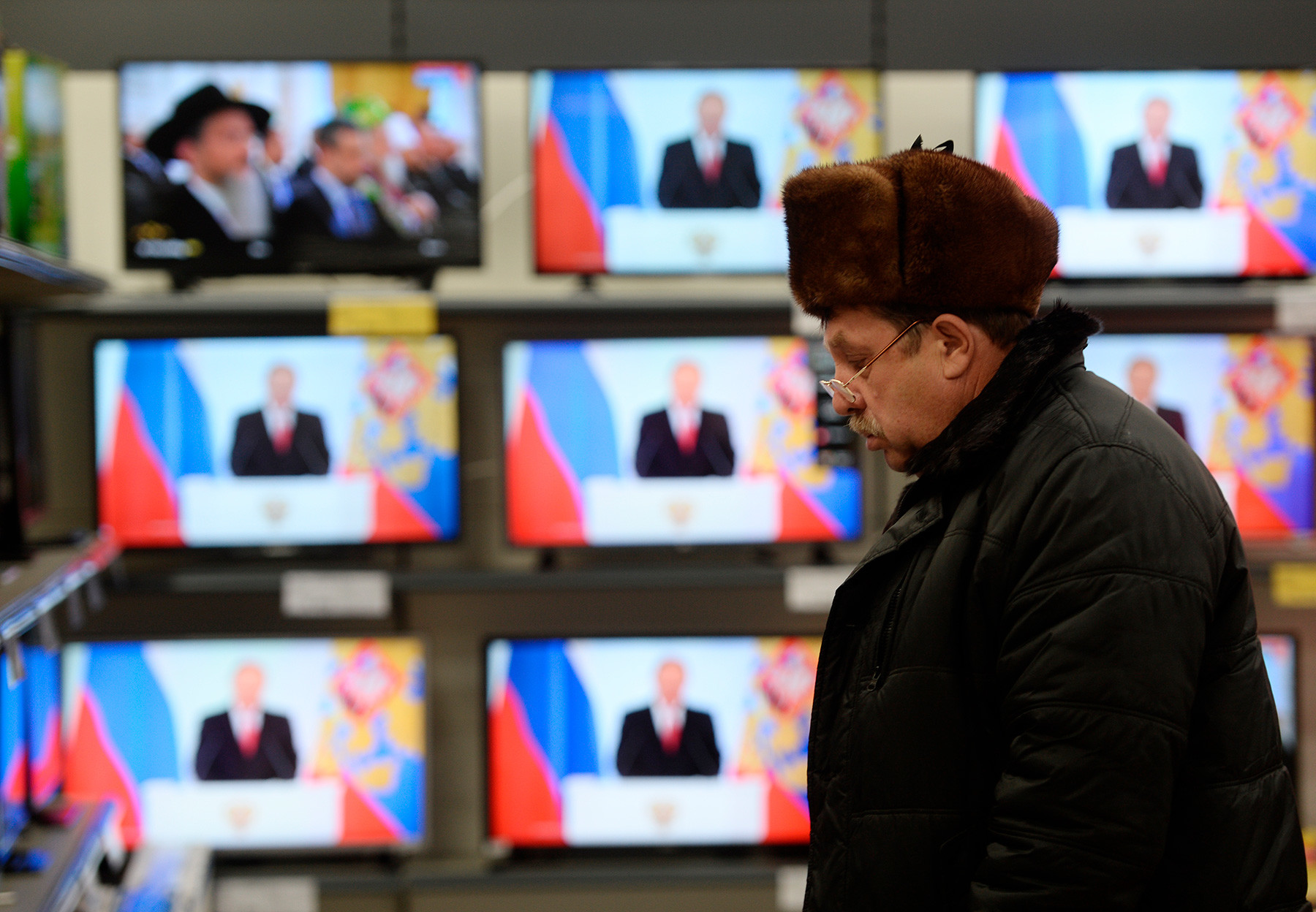 In the U.S. we see a Hollywood starlet get political while promoting a movie, and make mainstream headlines for it. Her target audience beams with pride as she regurgitates The Gospel According to CNN. Most Russians are lucky they don’t follow that stuff, because I get the feeling they’d be far less inclined to be friendly.

In Russia, when our version of that same target audience is confronted with an artist taking a political stance, we turn back to Netflix. Don’t care. When you reach middle-class levels in Russia, the level of caring drops dramatically. In America, the middle class is where it’s at: not a week goes by that I don’t see a young American woman with 10-inch purple nails set up a politically-oriented account on Twitter.

You’ll have guessed by now that I’m not a representative example of a Russian - I can only tell you that I don’t have people in my life who have ever quoted the state-owned Channel 1 to me for reference on what America is or is not. What does that tell us? That talking about America is not a middle-class activity for us. And when we talk opinions, it’s the vocal middle class we usually want to know about.

By contrast, I see Americans of all socio-economic classes engage in Russophobia to a degree that is only seen in very embittered Russian people. How else do you explain Hollywood raking in billions?

Despite the above, things aren’t as bad as they seem when it comes to what everyday Russians think of the U.S. In 2014, the Levada center claimed that up to 74 percent had something bad to say. Two years later, that figure dropped to 66 percent. Things only improved from there: by the time the World Cup in Russia hit, distrust toward the US fell to just above 20 percent. Trump support, no doubt. Right?

This is what acclaimed Russian journalist Vladimir Pozner told a Yale auditorium recently: “Russians don’t really know who the Republicans are. It’s not part of their daily interest… or the Democrats, for that matter. But it is a fact that Republican presidents over the years have been the ones who achieved breakthroughs with the Soviet Union.”

“The Democratic ones, such as Carter and Clinton had not been so successful,” Pozner adds. “The Russians had a choice… Hillary said that Putin was a former KGB agent and “had no soul”, and compared him to Hitler. Trump said “I think I can work with this man, I think I can do this.” So - yes, the Russians wanted him to win. And I think that’s normal!”

And so is not tolerating the hateful rhetoric of the American left, which, in just several years, has dispensed with all pleasantries, transforming its own comedy and satire into a partisan anti-Russia vehicle. The Russians have years of catching up to achieve the same effect.

To paraphrase the American Left’s own Noam Chomsky - propaganda is to democracy what the baton is to totalitarianism. This was said 30 years ago. Time to reevaluate our respective bubbles.