Global Look Press
General Secretary Leonid Brezhnev often greeted other leaders with the centuries-old Russian tradition of triple kisses, but not everybody enjoyed it, and some did their best to escape his smooching. 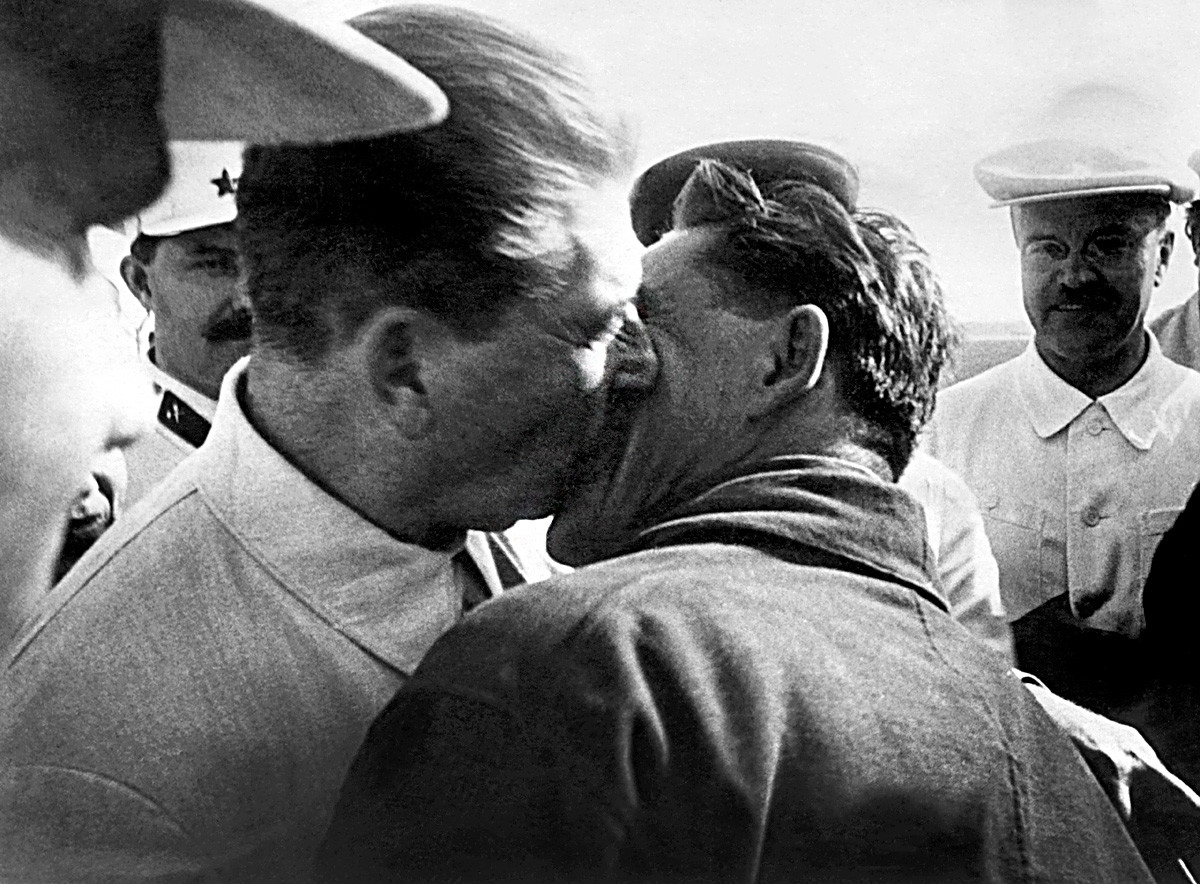 Soviet leaders were famous for their warm embrace and brotherly kisses with comrades. Stalin had his kisses with Soviet pilots, and Khrushchev’s kiss with the first cosmonaut Yury Gagarin is an iconic image. 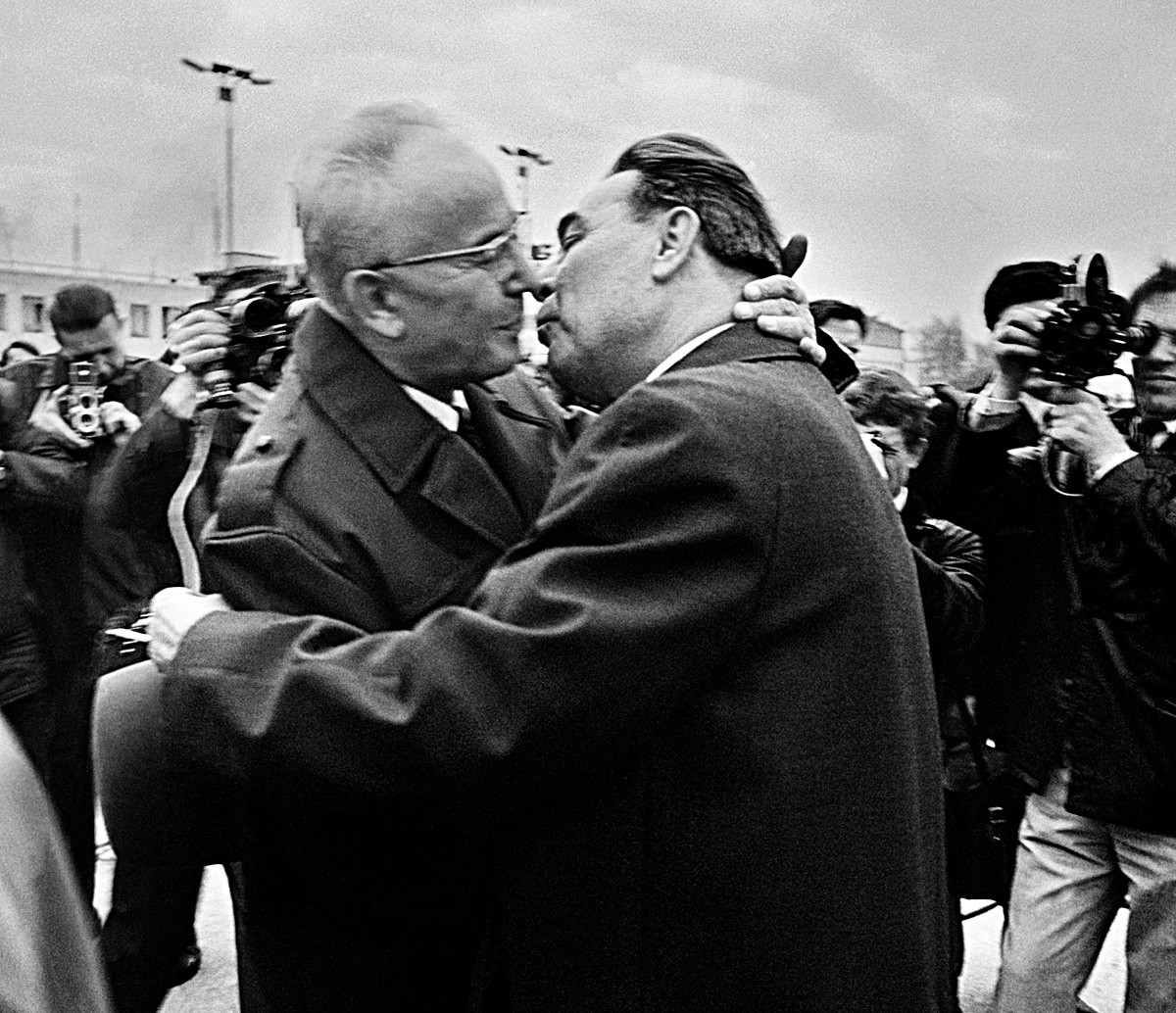 A kiss between Czechoslovak and Soviet party leaders Gustav Husak (left) and Leonid Brezhnev in Prague, 5 May 1970

The Soviet leader most famous for the way he greeted people was Leonid Brezhnev, head of the Soviet Communist Party from 1964 to 1982. In general, he was the butt of many jokes, and his passionate man-kisses often aroused laughter. The so-called “Triple Brezhnev” became famous abroad: one kiss on the left cheek, one on the right, and then finally on the lips. To be fair, however, Brezhnev didn’t always kiss people on the lips. 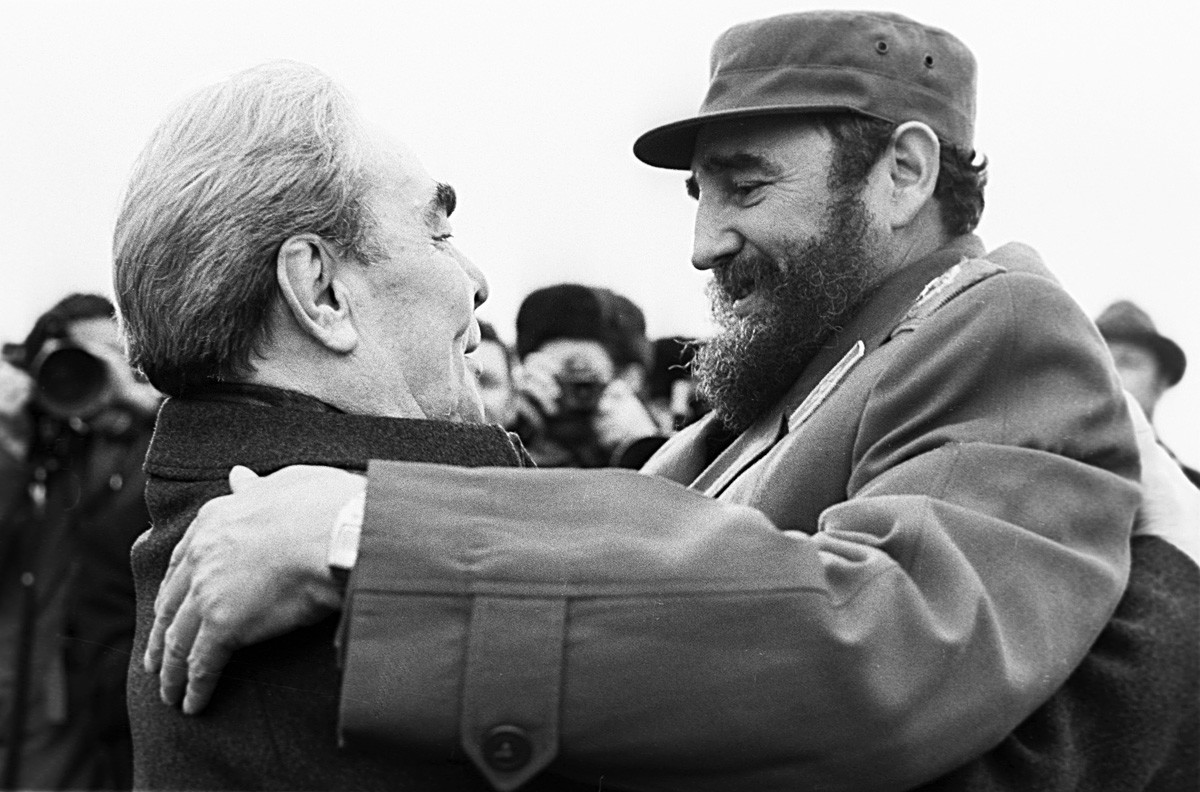 Leonid Brezhnev embracing Fidel Castro during his visit to Moscow

Not everyone enjoyed Brezhnev's warm greeting, and so, some visiting heads of state found ways to deal with the overbearing Soviet leader. For example, Cuban leader Fidel Castro decided to emerge from his plane at Moscow’s airport with a cigar in his mouth. Brezhnev, who had been waiting for his Cuban comrade, simply had no chance to demonstrate his traditional Russian hospitality. 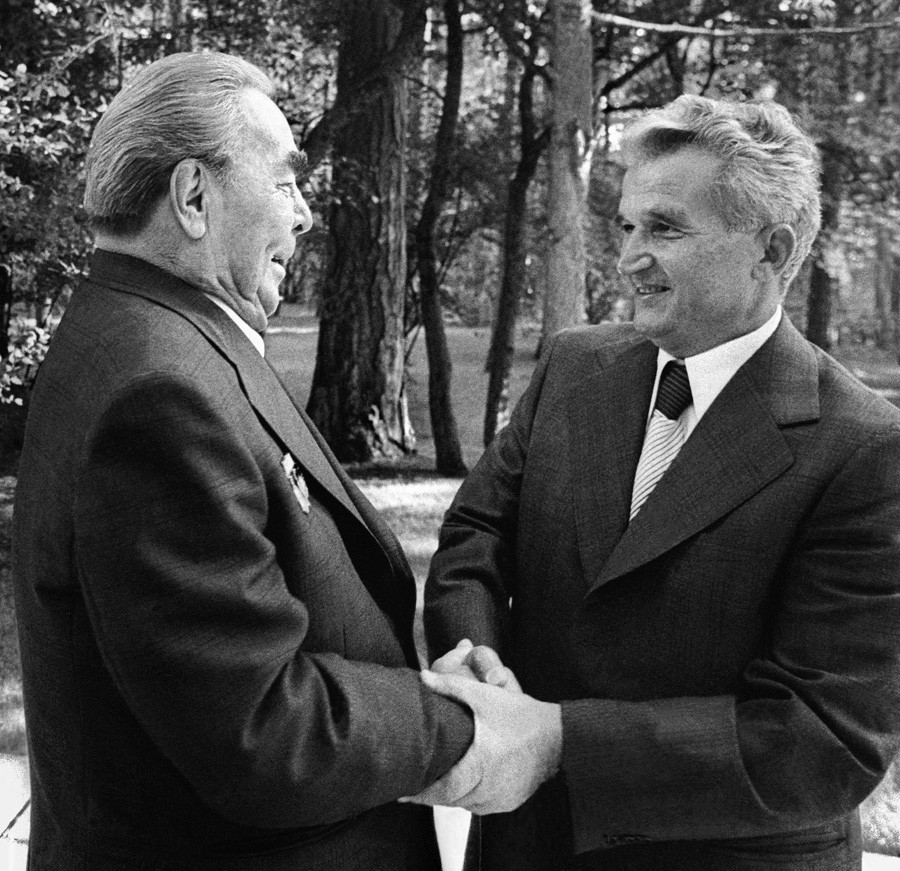 Romanian leader Nicolae Ceausescu, who allegedly suffered from bacteriophobia, found a way to brush off Brezhnev’s advances without hurting his feelings. Perhaps the Soviet leader thought it was another sign of Romania’s special status within the Eastern bloc: Bucharest indeed enjoyed a great deal of autonomy compared to other socialist states. 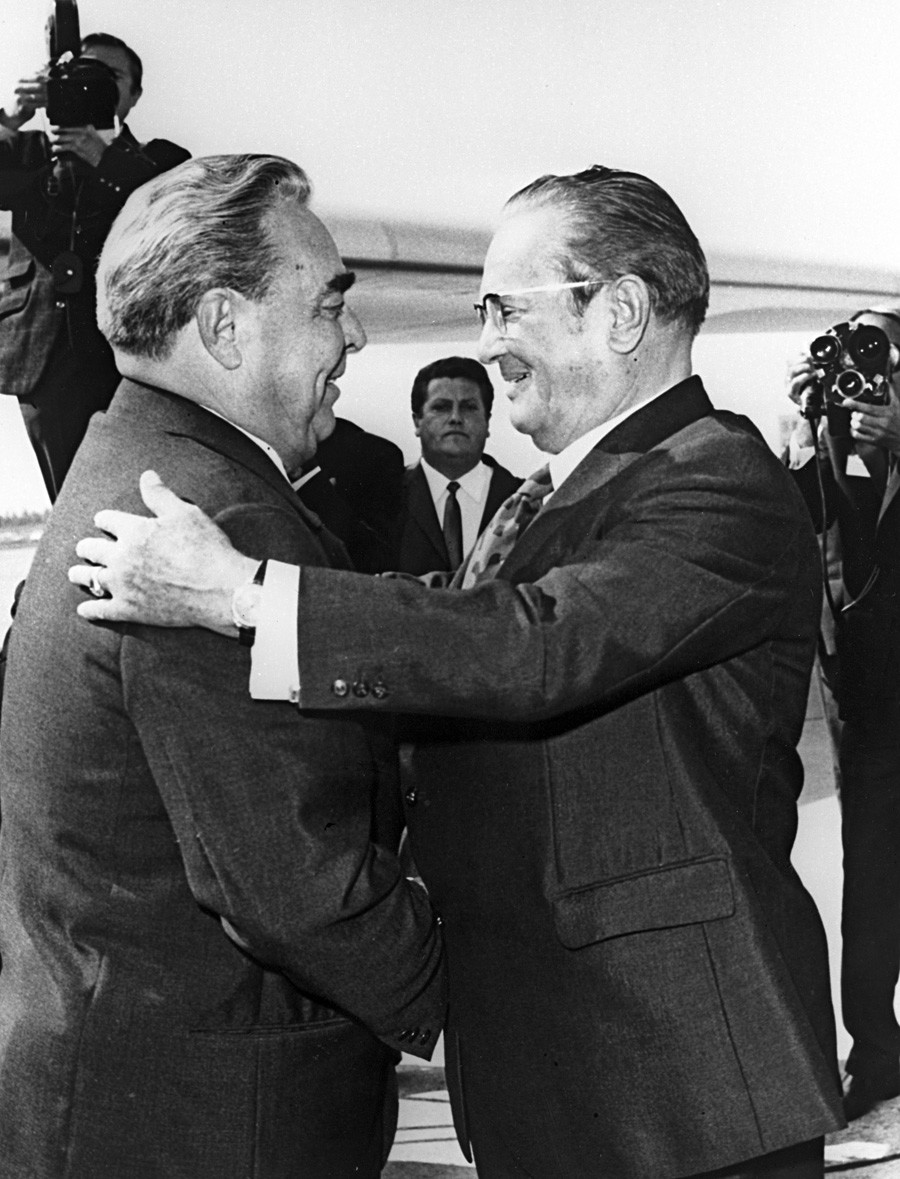 Some leaders, however, appreciated Brezhnev’s kisses. The photo of Indian Prime Minister Indira Gandhi’s kiss with the Soviet leader hangs on the wall in the former’s museum-apartment. The kiss between Brezhnev and Yugoslavian leader Josip Broz Tito was allegedly so strong that Tito’s lip began bleeding. 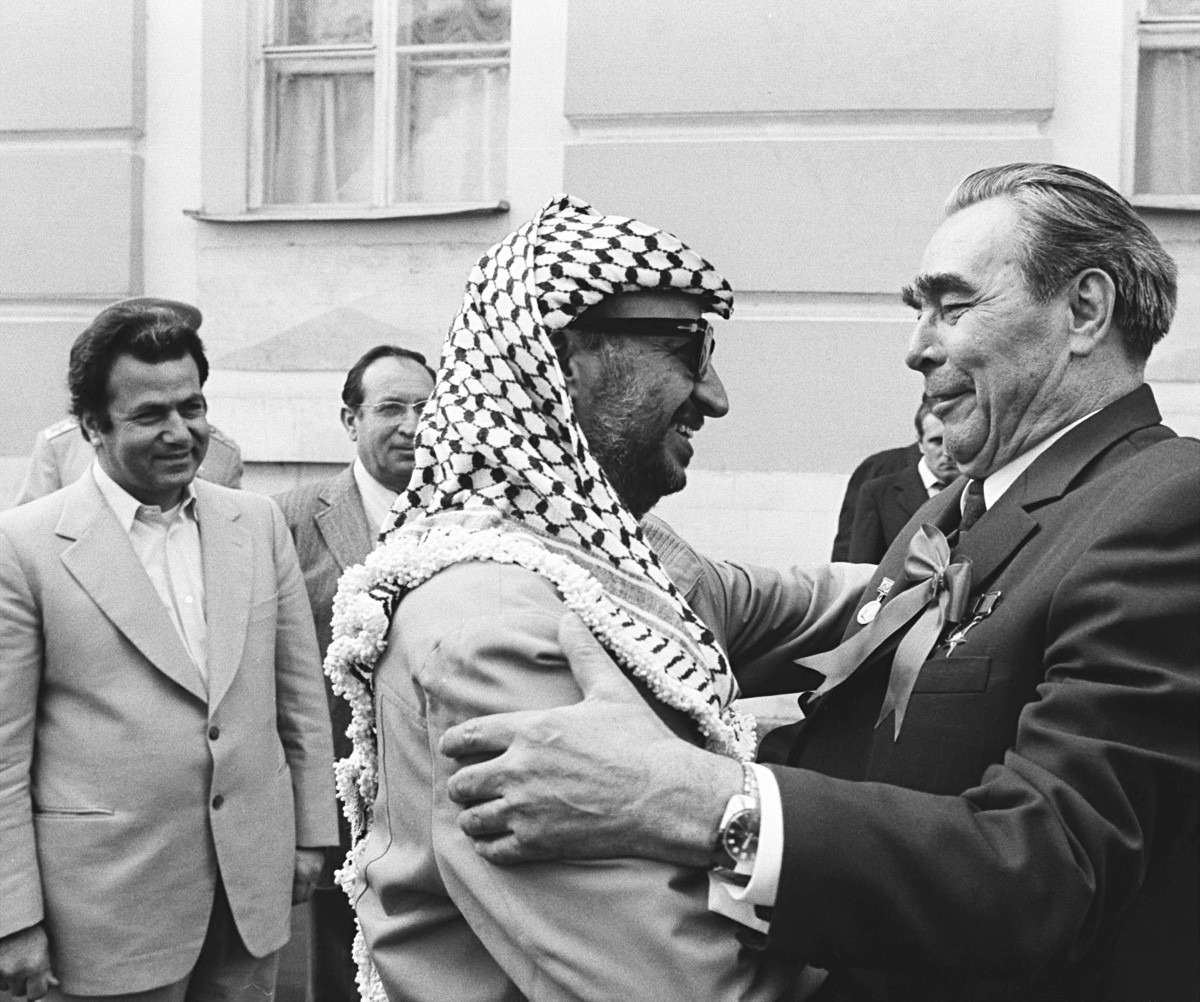 They say that one of Brezhnev’s first political kisses was with Palestinian leader Yasser Arafat, who came to the Soviet Union in 1968. 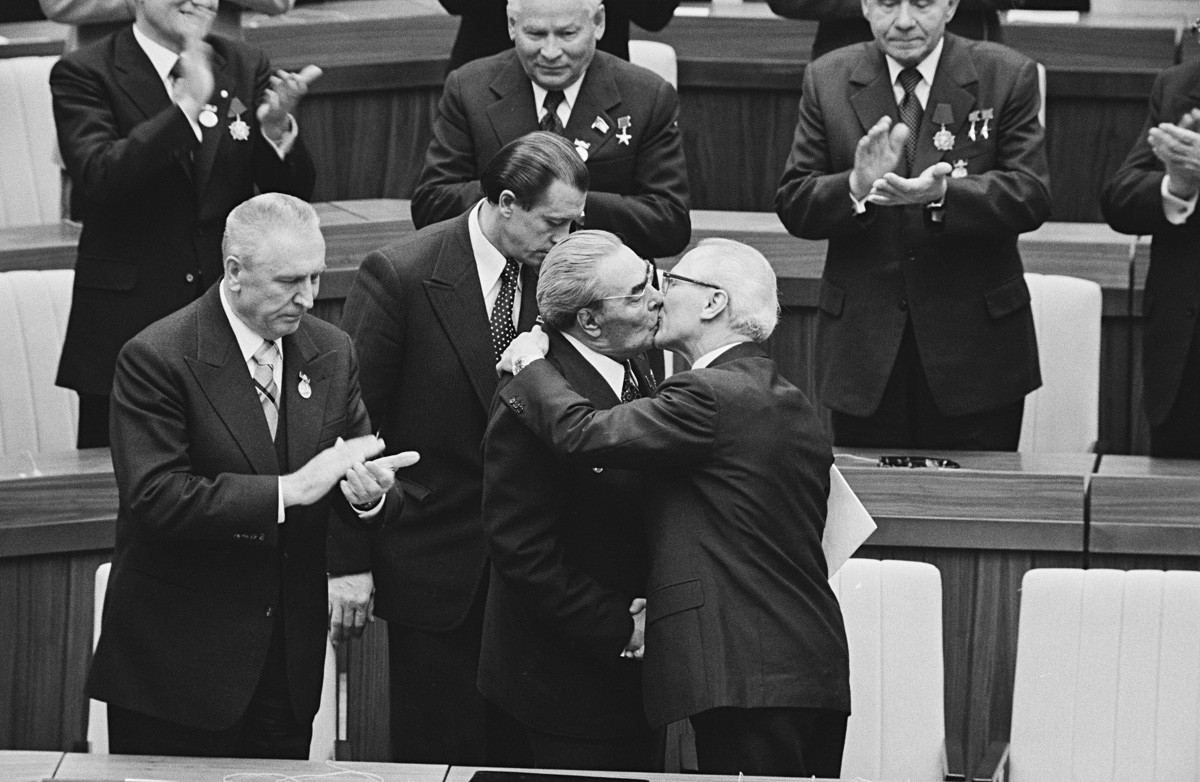 Certainly, the most famous was with East German leader Erich Honecker in 1979. The kiss was later depicted and immortalized on the Berlin Wall by artist Dmitry and was called “My God, Help Me to Survive This Deadly Love.” 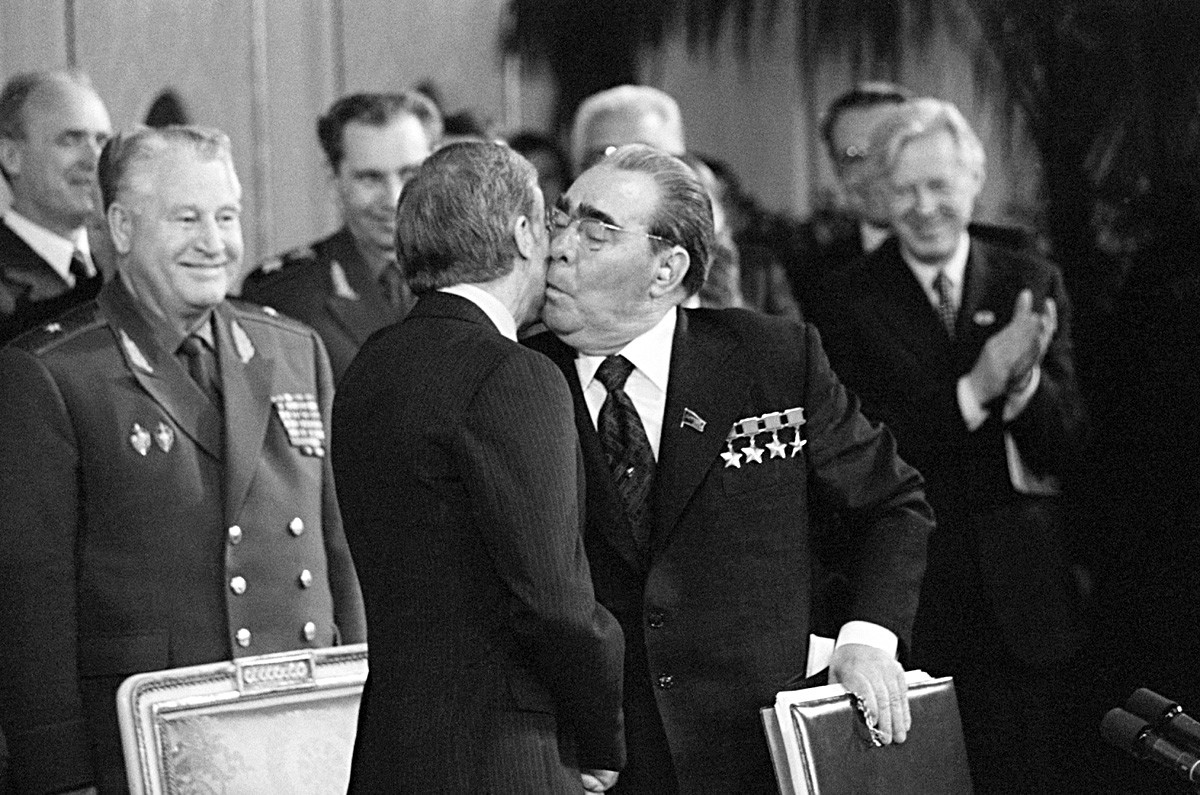 Brezhnev kissed not only those from socialist countries or from the neutral nations of the Non-Alignment Movement. Sometimes, the Soviet leader locked lips with his foes from the capitalist world. This was the case with U.S. President Jimmy Carter. 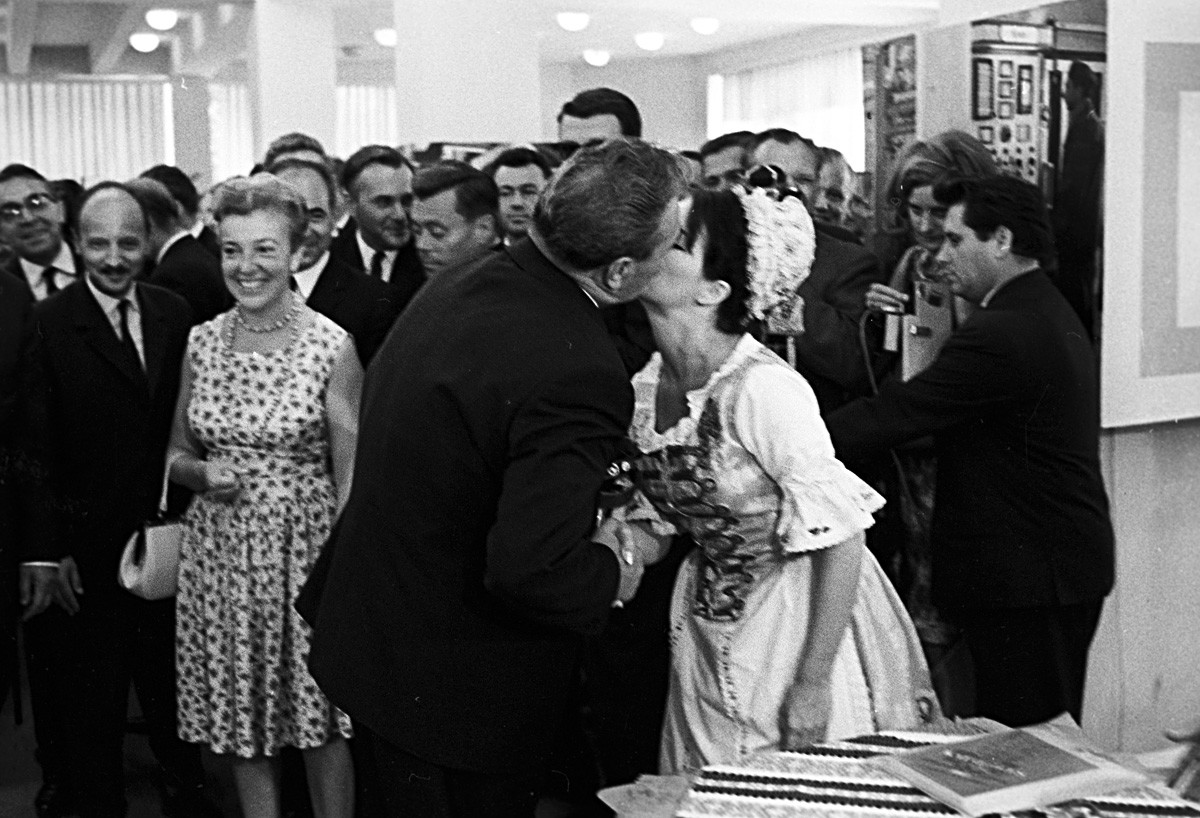 Leonid Brezhnev at the Hungarian Agricultural Exhibition in Budapest in 1967

Another American, dance teacher Annie Hallman, who was a part of a U.S. delegation that visited the USSR in 1973, also had the chance to experience Brezhnev's kiss. Their photo made the choreographer famous on both sides of the Atlantic. 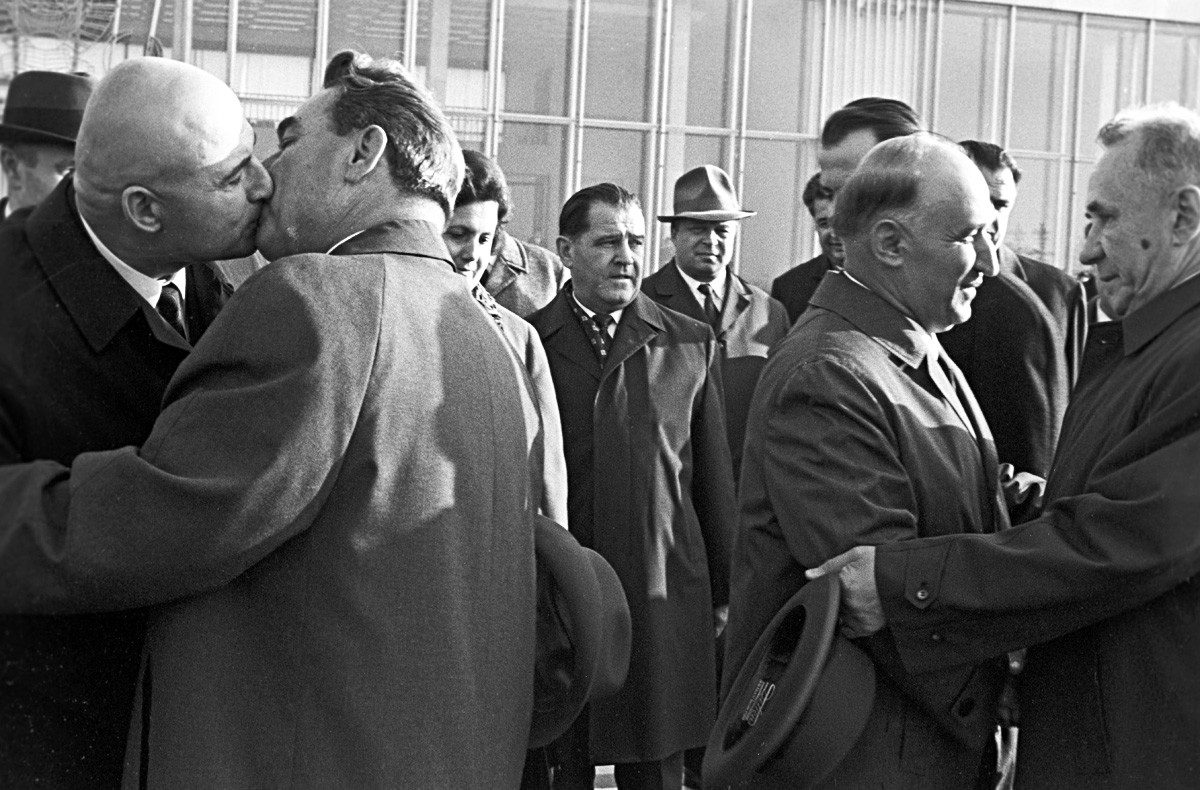 Not everybody in the Soviet establishment thought that Brezhnev's affectionate kisses were a good idea. Yury Andropov, head of the KGB under Brezhnev and his successor at the helm of the USSR after his death, expressed to one of his subordinates his dismay over Brezhnev's kissing. However, in he welcomed Brezhnev's warm embrace.