Why are there so many more women in Russia than men? 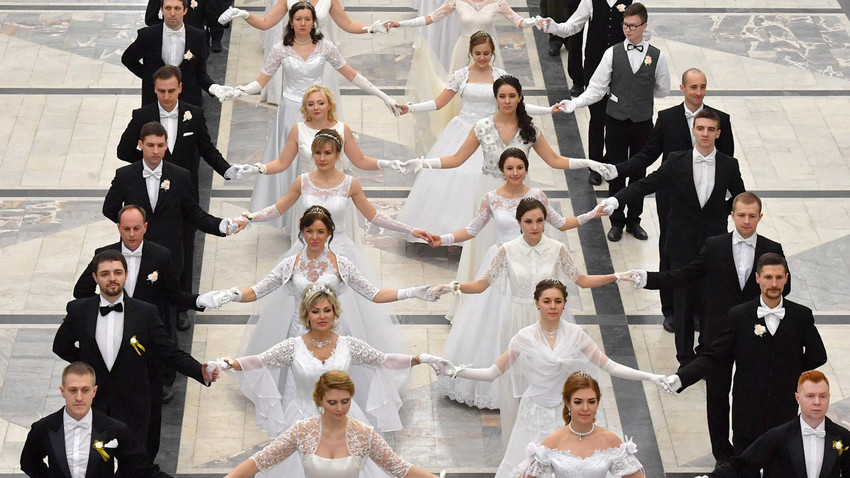 Vyacheslav Prokofiev/TASS
For a long time now the number of women in Russia has far outweighed that of men. What is behind this demographic phenomenon?

In 2018 the Russian Federal State Statistics Service (Rosstat) tallied up the population for its “Men and Women of Russia” report – it revealed that 146.9 million people live in the country, with 68.1 million (46 percent) males and 78.8 million (54 percent) females 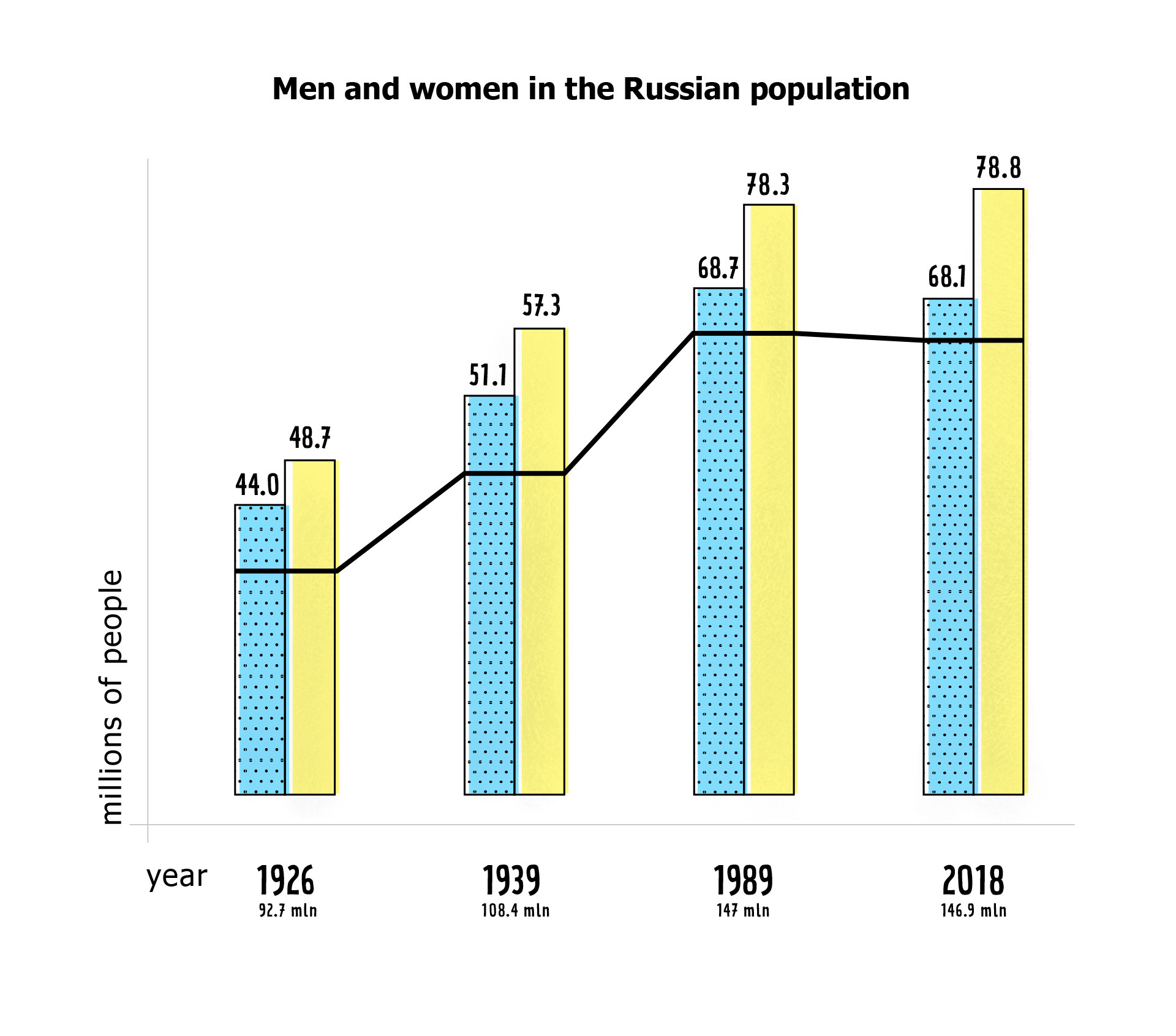 gender disproportion has been around for over a century. According to the 1897 census, there were 32.1 million (49 percent) men and 33.8 million (51 percent) women in Russia, and since then the gap has only widened. From 1959 to 1971 Russia was composed of 45 percent men and 55 women – WWII took a heavy toll by wiping out over 25 million soldiers 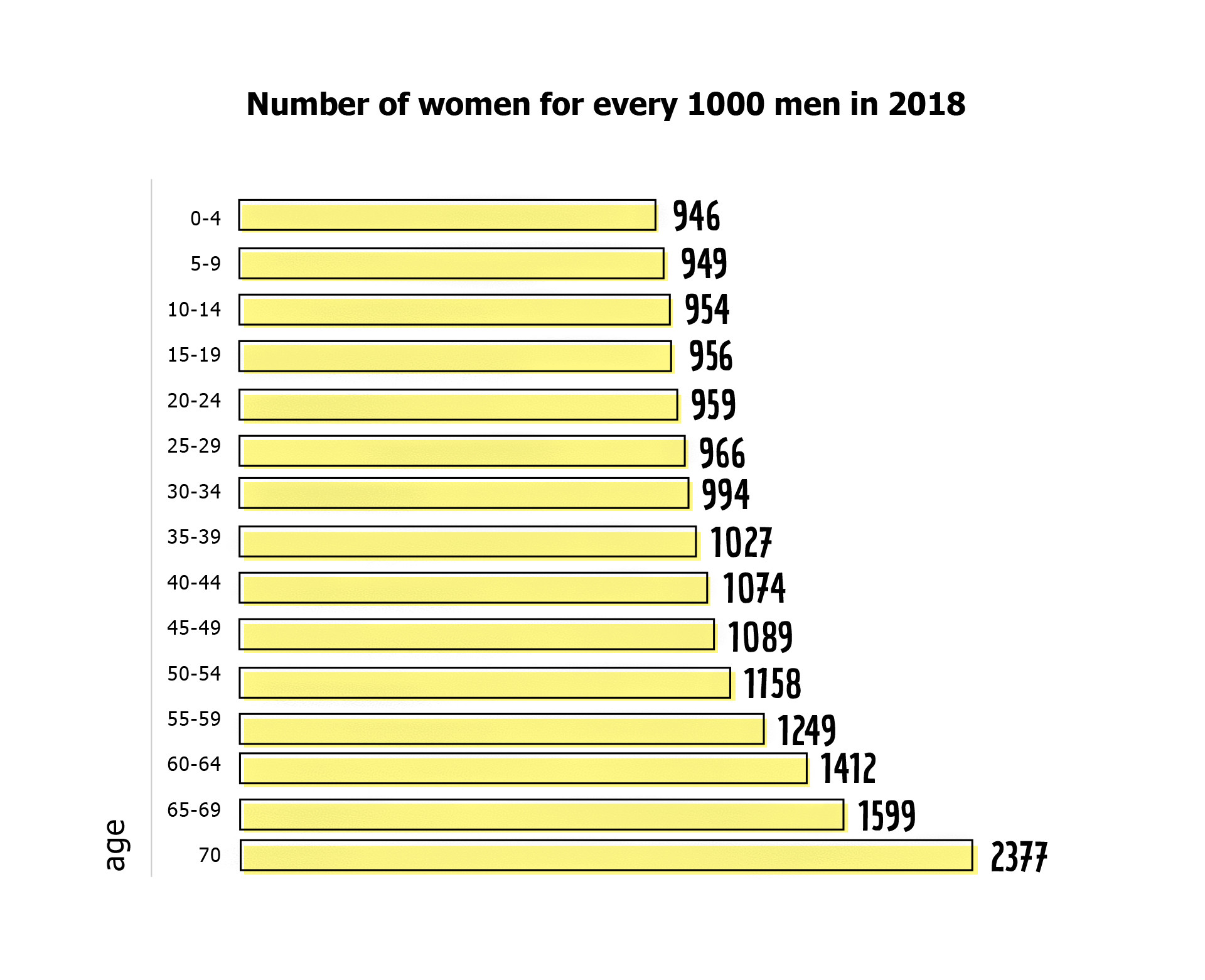 if we look deeper into the age tiers, the distribution changes. Of people aged under 29 there are more males than females, but among those aged 70+ there are 2,377 women for every 1000 men. This difference is striking in regions like Veliky Novgorod, where the average age of a woman is 44 years. Meanwhile, women make up 49.7 percent of the economically active population of Velikiy Novgorod, almost 75 percent of local civil servants are female and women amount to 85 percent of civil servants in local municipal authorities.

Velikiy Novgorod is a land of babushkas. “There are so many of them, I don’t see as many middle-aged women [anywhere else],” says Anna from Veliky Novgorod. “You go into a shop – grannies are everywhere. You walk your dog – it seems all other dog-owners are babushkas.” Ekaterina from the same city confirms that the gender gap wasn’t so huge for younger generations: in her youth, in the 1990s, she didn’t witness any significant shortage of young men.

This tendency is prevalent in Russia where there are more old women than old men. There are, however, regions with harsh living conditions where men make up the majority of the population – but only in rural areas. They are the Murmansk, Chukotka, Kamchatka, and Magadan regions, and the Yamal-Nenets and Khanty-Mansi Autonomous Okrugs. All are located in Siberia. 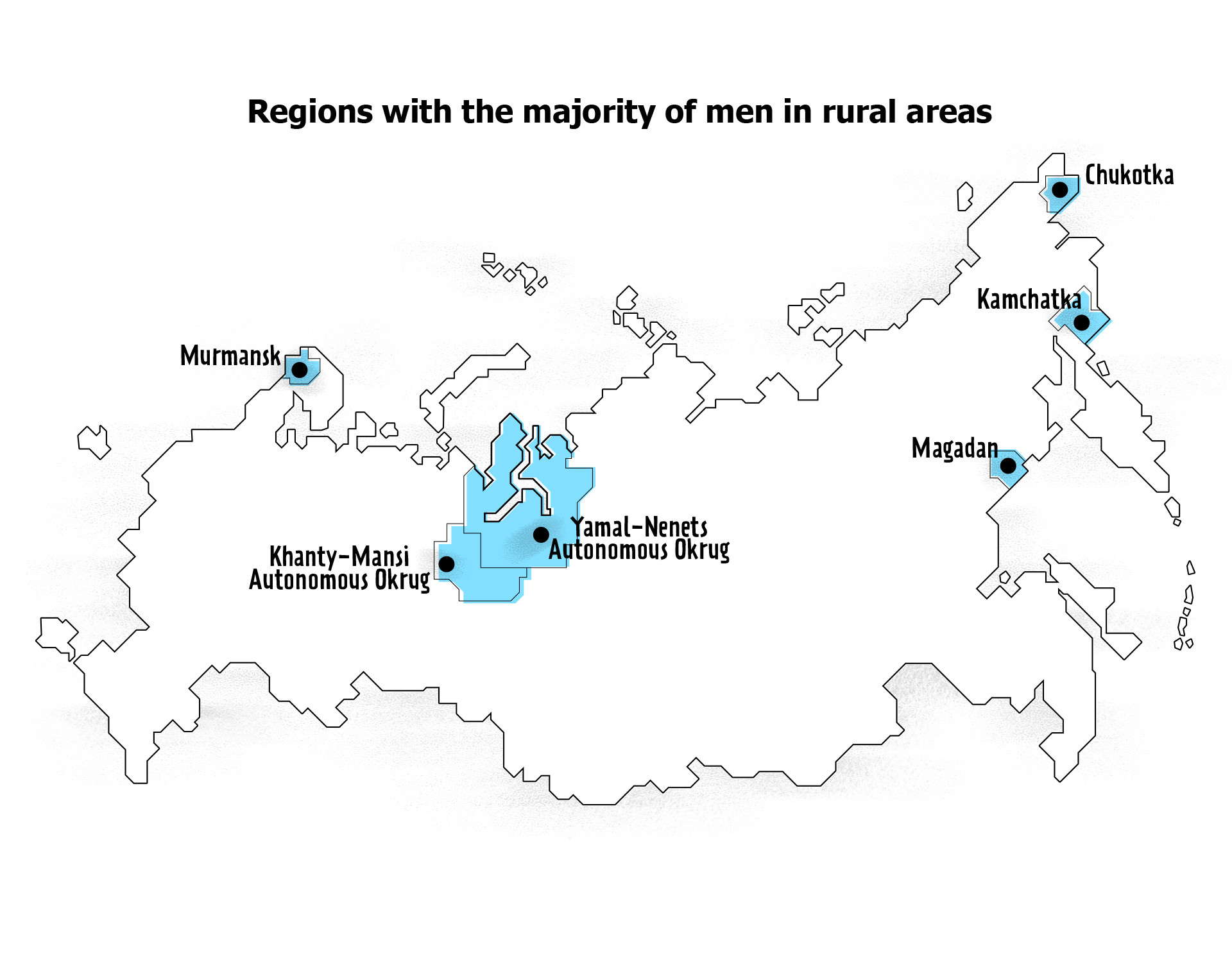 As the Rosstat report shows, women seem to run the country. Seventy-two percent of Russian civil servants are female, while within bodies of municipal authority there even more: 76 percent. There is only one category where men outnumber the opposite sex and that’s the loftiest positions of civil service (heads of departments etc.), where they account for 60 percent of the workforce.

At the same time, among economically active Russians (aged 15-72), the two sexes are almost equally represented (37 million men and 35 million women). Education, healthcare, and sales are the areas where women are significantly prevalent.