Why is Russia called Russia? 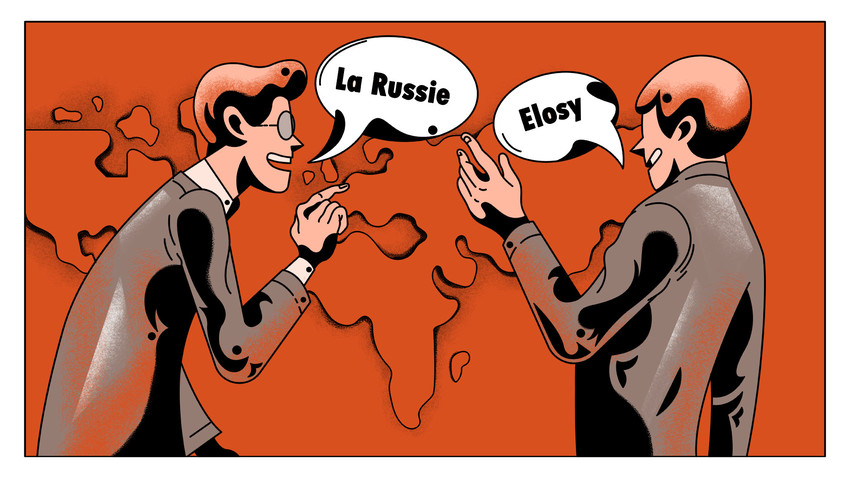 Different nations name Russia differently, but how did it get its original name?

Natalya Nosova
The answer to this question is far more complicated than you may have thought.

We rarely think about it but almost every country’s name traces back to something or someone often long forgotten. For example, France’s name derives from the Franks, the Germanic tribes who conquered the respective territory in the fifth century. And America is named after Amerigo Vespucci, an Italian traveler who was among the first Europeans to step foot on the New World.

What about Russia? All historians agree that its name originates from the word “Rus.” The Byzantine emperor Constantine VII was the first to refer to the land of Slavic tribes as “Rusia” (with one “s”) in the 10th century. The typical Greek/Latin suffix “” anchors something or someone to the land, so “” meant “the land of Rus.” But here’s the interesting part: to this day, no one knows for sure what the hell “Russ” actually means.

According to one train of thought, “Rus” originates from the Scandinavian languages and reflects the belief that the first rulers of ancient Russia were actually Vikings, or “Varangians.” “Varangians named us Rus after themselves,” said a 12th-century chronicler, quoted by historian Vasily Klyuchevsky.

If this version is true, “Rus” is just another term for “Sweden/Swedish,” like the Normans or Vikings were once referred to. “Rus” was used by foreigners to describe Slavic tribes ruled by the Vikings, and it stuck. “Rus” is close to today’s Ruotsi – which means “Sweden” in Finnish – so there’s some logic here.

Of course, this version doesn't satisfy everyone, especially given that many historians slam the idea of the Varangians ever ruling ancient Russia – they consider it a legend. So they found another explanation for the origin of “Rus” – the Ros River, a tributary of the Dnieper (now in Ukraine). Some Slavs settled there so people started calling them Rosskiye, which then turned into Russkie…

This may sound like a plausible theory but linguists doubt that the “o” morphed into a “u” for this ethnonym – something which almost never happens. But there’s an even more exotic version, that “Rus” originated from the Roksolani, a Sarmat people close to the Skifs who lived in Crimea from the second century BC to the first century AD. Allegedly, the Roksolani mixed with the Slavs and somehow shortened their name to “Rus.” Who knows – after all, several thousand years have passed since then.

Another hypothesis suggests that “Rus” originates from the Roman word ross, which means “red.” “The Byzantines call them [Slavic tribes] -rusiya, which means ‘red,’” wrote Al-, an Arabian historian from the 10th century. The red reference was fueled by their sunburnt faces. When the northerners, who were accustomed to a lack of UV rays, traveled south their faces often got sunburnt, making them the “red people” – Ross. This is quite a poetic version.

Historians could no doubt argue for eternity over what words “Rus” originated from. Whoever is right, Russia has been Russia for so many centuries that it’s impossible to imagine the country with another name. Most nations use a similar sounding name: Russia in English, Russland in German, La Russie in French, Rusiya in Arabic, and so on – the root remains the same. However, there are some interesting exceptions:

1)   Finnish – Venäja, Estonian – Venemaa. These languages, most likely, use the root based on the name of the Veneti, yet another ancient tribe who might have been the Slavs’ ancestors.

2)   Latvian – Krievija (yes, the Baltic states seem to like giving Russia non-banal names). Actually, it’s the same – the name originated from the Krivichs, a tribal union of East Slavs.

3)   Chinese –  俄罗斯 (pronounced Elosy). The name uses the classical “/” root but the Chinese don’t use “r” so they changed it to the more familiar “l.”

4)   Vietnamese – Nga. Yep, this is the strangest one. Linguists explain it like this: up until the 20th century the Vietnamese were using Chinese hieroglyphs, so Russia was the good old 俄罗斯. But the rules of reading were completely different so it sounded like Nga La Ty. After switching to the Latin alphabet, they dropped the two last syllables and now just call Russia Nga. But in case you want the Russians to understand what country you’re talking about, better to use something less exotic.