Why do Russians put up with harassment? 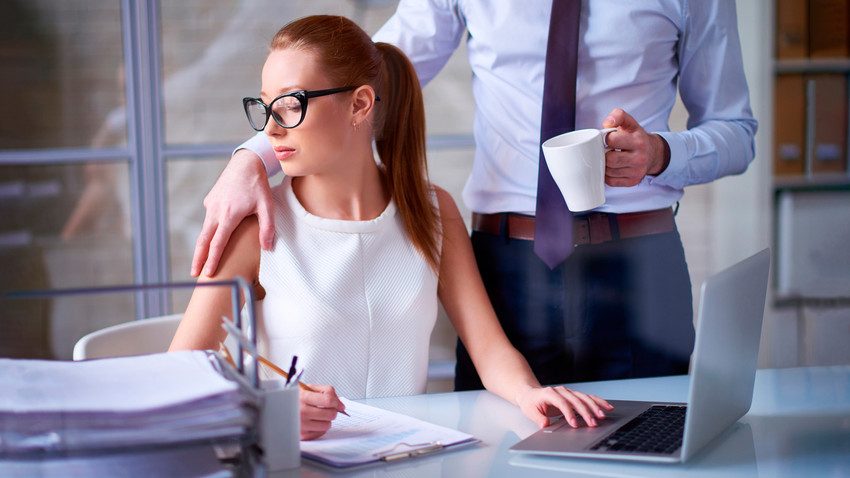 Getty Images
In Russia can you feel safe walking down the street, traveling on the Metro or having a drink in a bar if you are a single woman or single man? And can you expect that the reputations of your colleagues and bosses will prove more important to them than the temptation to indulge in a daily dose of racy banter? Most Russians have only recently heard the word "harassment" for the first time, but they have long experienced the phenomenon at close quarters. There are numerous reasons behind it.

"Sleep with me or no interview". According to Radio Liberty journalist Darya Komarova, this is what Stanislav Govorukhin, a famous Russian film director and MP, told her.

It was March 2018. Komarova's revelation had no consequences. The film director was contacted by phone. "You're trying to turn it into a Harvey Weinstein moment. It won't get off the ground here, don't waste your time", he said, and hung up. He proved to be right. Three months later 83-year-old Govorukhin died after a long illness, and the sex scandal was quickly forgotten and wasn't mentioned anymore.

"You are the only person at this party I can harass and nothing will happen to me". So said Ivan Kolpakov, editor-in-chief of the liberal website Meduza, when he had had too much to drink at an office party and made a pass at a colleague's wife the same year. A few months earlier, Meduza had boycotted the lower chamber of parliament in protest against one of the deputies, Leonid Slutsky, whom several journalists had accused of harassment. Kolpakov was also proved right: although he was temporarily suspended from his post, the Meduza board of directors decided that the harassment incident (which Kolpakov admitted had happened) was no reason for sacking the editor-in-chief. As for the MP, parliament dismissed the allegation altogether.

There are a dozen more high-profile public cases involving accusations of harassment and abuse, and hundreds and thousands of stories told by Russians on social networks as part of the #MeToo social media movement - about humiliations at work, on public transport, in the street, in lifts and other places. These sorry accounts immediately led to two camps being formed - those who describe it as a "serious problem" and those who regard it as a standing joke by feminists.

The metro was very crowded. It was a typical rush hour in the train car. Yekaterina Andreyeva, a Moscow university student at the time, could feel a man behind her stroking her legs and buttocks. She became nervous. Another man, much older, saw what was going on. But he only grinned at her and said loudly: "Being fondled, are we?"

"After that, everyone standing nearby started to stare at me intently", Yekaterina told Russia Beyond. Nobody said a word to the two men. She is 32 now, and over the past 15 years on many occasions men have touched her or rubbed against her during the morning and evening rush hours. "I have been too embarrassed to say anything in my defense". She still avoids using public transport as far as possible. 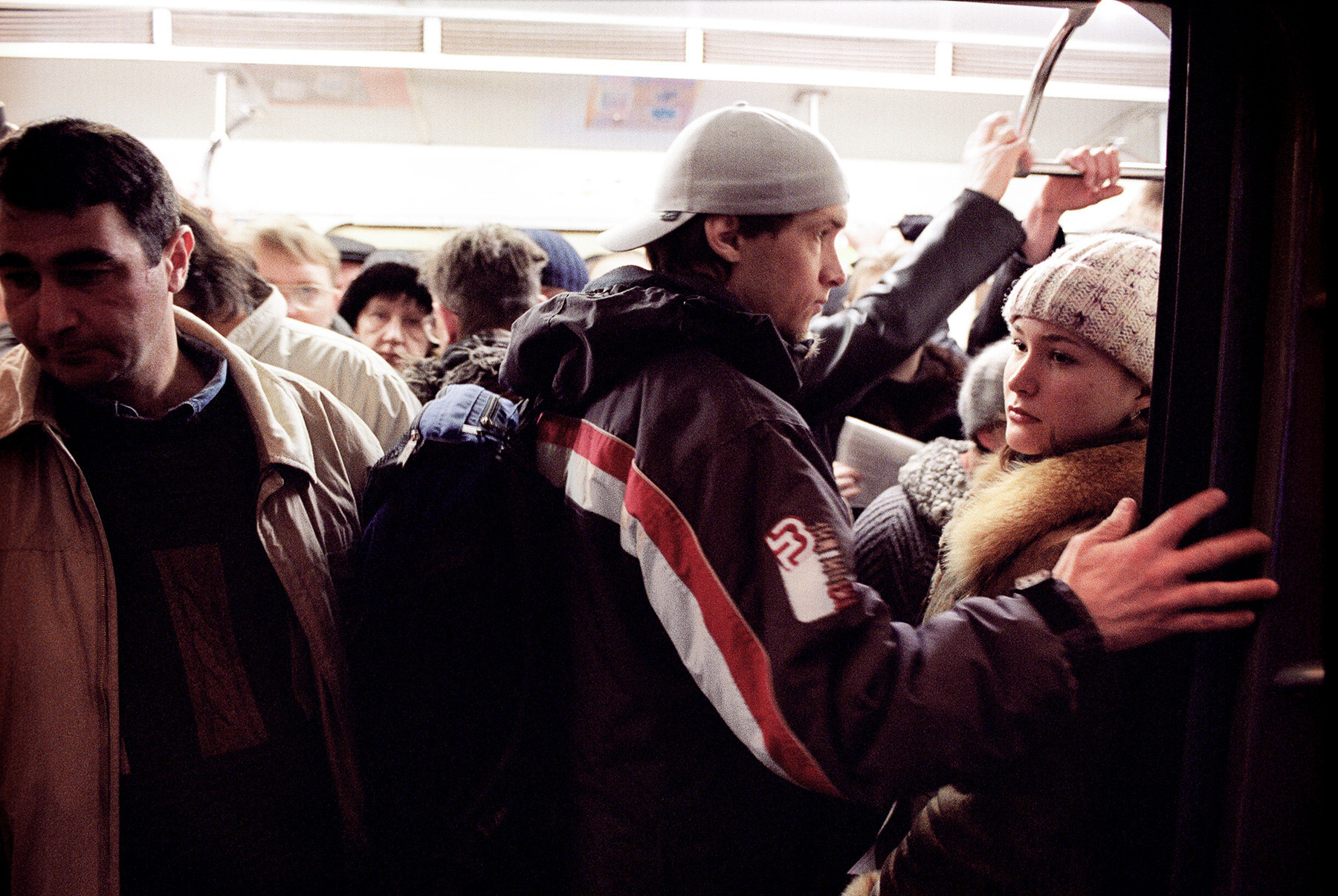 Shame is the most common emotion felt by victims of harassment. It binds their tongue and breeds an inferiority complex lasting many years. Sometimes they feel better after admitting what has happened, but expecting support is like playing roulette. It might come or it might not.

At Yekaterina Andreyeva's first workplace her manager allowed himself too much "verbally", as she puts it. For example, making comments about her "high bosom and slim waistline" and vulgar remarks along the lines of "did anyone pick your "flower" when you went on holiday?" All this was said as a joke, in the presence of colleagues, and didn't prompt the slightest condemnation from them. As for Andreyeva, she kept quiet again.

Last year, "harassment" became one of the words of the year in Russia, together with "sanctions", "toxic" and "novichok". That was, above all, thanks to #MeToo and "Weinsteingate" and, secondly, it was the first time that many had actually heard the word (in some places it can still be confused with the name of a cleaning product or a rare disease).

"Does harassment exist in Russia? It certainly does. Is it a problem on a national scale? No, it is not", believes Moscow lawyer Roman Stepovoy. In his 16 years of legal practise, he has "little to show" as regards cases to do with harassment.

Furthermore, in Russian legislation there is no such crime as harassment. The closest article of the Criminal Code is "Coercion to actions of a sexual nature". In fact non-sexual harassment is still not qualified as a crime.

The same goes for abuse. "Abuse is regarded as a psychological category. As a legal notion, abuse is unknown to the Russian legal system", says Stepovoy. 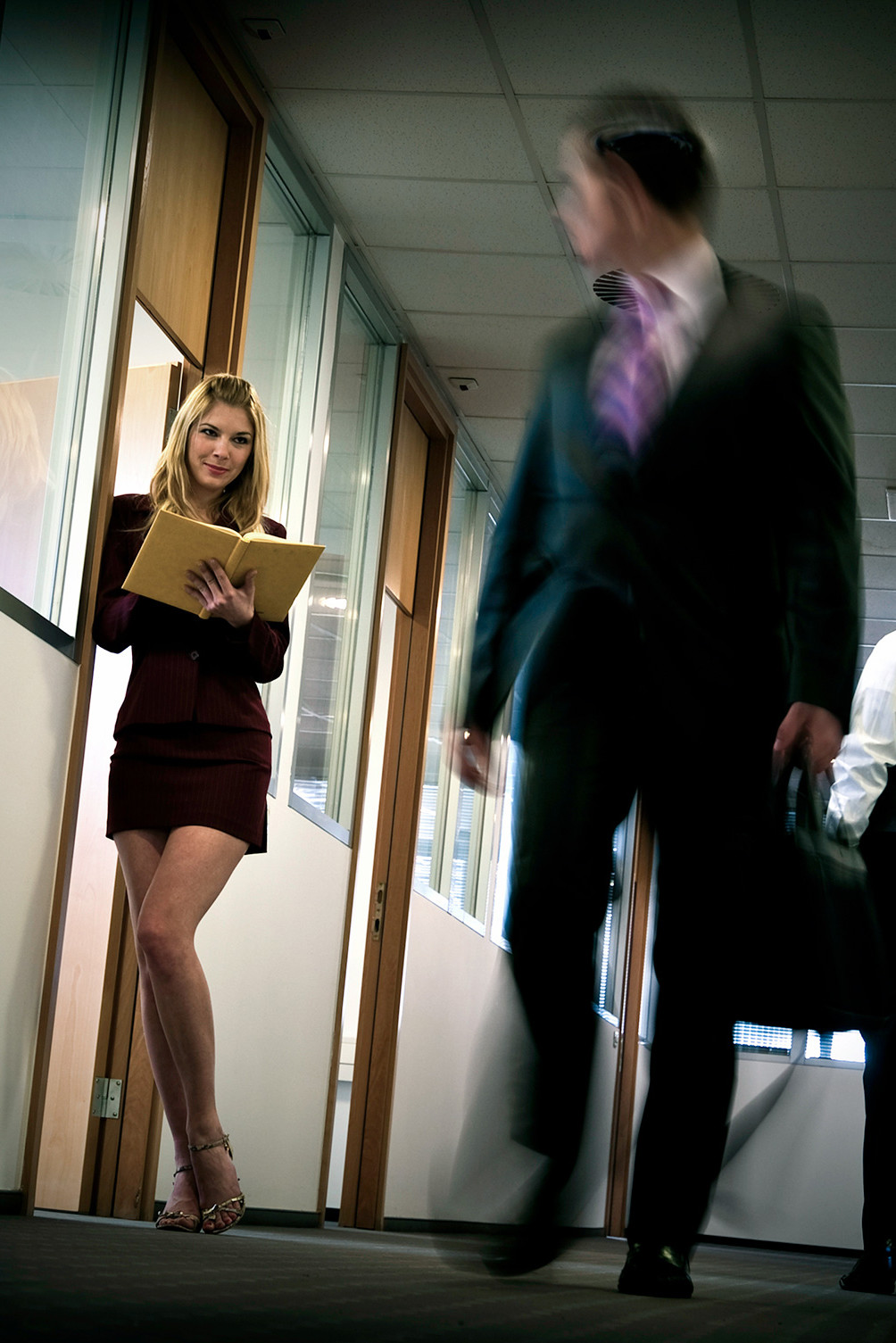 At the same time, according to trade unions and researchers at the Higher School of Economics, today up to 30 percent of citizens report gender abuse of one form or another at work. Including men. "Male employees experience harassment from their female managers just as much. If not more. But men in our rather hypocritical society are simply ashamed to admit that they have been subjected to harassment", says journalist Roman Sacharov.

The real figure is likely to be higher than 30 percent - some people, according to researchers, don't complain out of fear or because they don't believe they will be taken seriously.

At the same time, one can live in Russia and never come across harassment. Or simply not regard it as harassment.

"I always find it bizarre to read news stories about harassment at work. In my 42 years I have never come across any sexual discrimination or harassment", Natalia Krasilnikova told Russia Beyond. For the past three years she has been working as PR manager of the Mamba online dating app, in an IT company where 90 percent of employees are male. "Once, when I was a child, I met an exhibitionist and was very frightened". Natalia believes it was unlikely to have had anything to do with harassment. When she was 15, an "old man" on the Metro touched her buttock, which caused her bewilderment and laughter. She tells how afterwards she traveled many times on her own to the Caucasus, a region traditionally populated predominantly by Muslims. "The Caucasus is a long way from feminism. Men there are hot-blooded. But I had no problems there either".

Nowadays, at work, she has to keep an eye on such things as online harassment - for instance, jokes or angry comments about "dick picks" being sent. To investigate the matter, the app uploaded 10,000 anonymized photos from the first three outgoing messages sent by different men (subsequently, after a couple have been exchanging messages for several days, it is believed that such photos can be "appropriate"). Only 0.6 percent of them contained porno-photos. "It seems the problem of harassment has been greatly exaggerated at an emotional level. Out of a hundred routine messages such as "hi, how are you?", a woman will only remember a photo showing a male reproductive organ", according to Krasilnikova.

"This is a paradox", says Stepovoy. Why do some people see rampant harassment in the country while others do not even notice its existence? 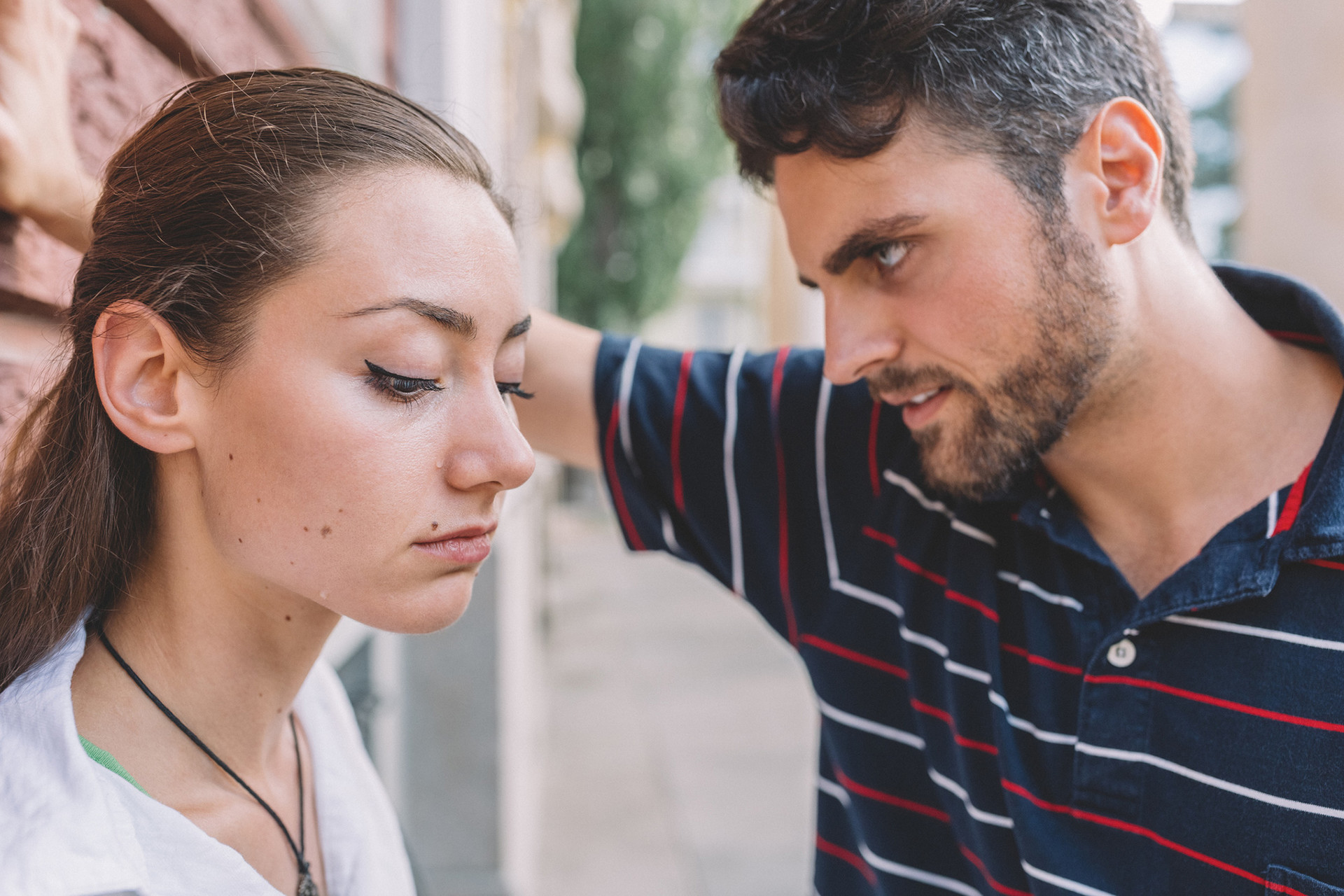 "If a person is stronger, he has the right"

On her Facebook page Tatyana Tolstaya, a well-known author and television presenter, and recipient of numerous prizes, recalls the story of an American male acquaintance accused of harassment. The incident - a kiss at an office party - took place 10 years ago. The young woman only spoke out about it now, as part of the #MeToo social media campaign. "The woman - as she claims now - felt "uncomfortable" [all these years]. Because it is the job of the whole world to make her feel comfortable", Tolstaya wrote, not hiding her annoyance. In the end, the American acquaintance lost his job.

"I can't understand where such rage comes from. OK, he groped you. OK, you don't like it - just punch him in the face. That's all", another Moscow journalist, Alexei Torgashev, said about the incident involving the Meduza editor-in-chief.

Yes, there can be a fine line between flirting and harassment and so far it has not been fully understood either in Russia or the world, according to a report by the St. Petersburg Politics Foundation. "A man can no longer flirt with a woman or hold a door open for her. It's complete madness!" is a popular refrain.

For instance, more than half of Britons can't clearly identify this line (according to a Sky Data poll). What distinguishes Russia is that here the topic of harassment is still viewed with skepticism, as something taken for granted and as part of "human nature", manifesting itself when the victim provides grounds for it. The usual victim blaming. 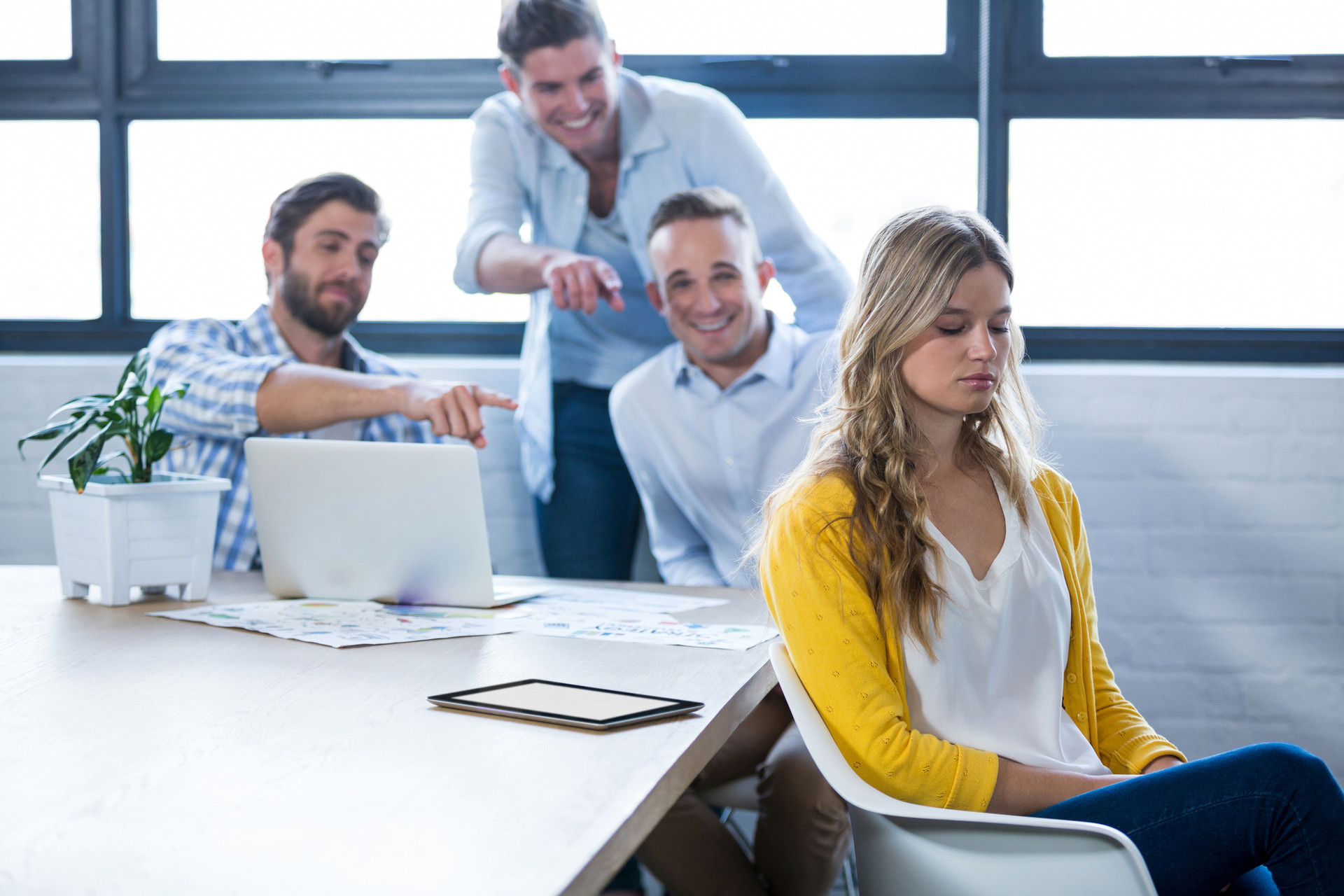 "Our social contract was originally built on patriarchal assumptions and a rigid hierarchy, and on the "strong/weak", "rich/poor" and "men/women" dichotomy. If a person is "stronger" and "has the right", he knows that society will be on his side", says Valeria Kasamara, head of the Laboratory for Political Studies at the National Research University Higher School of Economics. Harassment is directly linked to a sense of power. And power is, at times, a sufficient reason to say to oneself: "I have the right".

"I have observed that as a woman's independence grows and she starts her own business, the amount of harassment in her life begins to plummet", businesswoman Yekaterina Inozemtseva told Russia Beyond. After 10 years in corporate business, she set up the Free Publicity School of online webinars and courses. "This won't protect you completely but the chances that you will be subjected to harassment are far smaller if you are self-reliant. There is no longer harassment in my life".

Last year, Russia's parliament, the State Duma, turned down a bill on gender equality. It had been submitted in 2003 and its consideration took 15 years. Oksana Pushkina, an MP, has promised to put the notion of "harassment" into legislation but this hasn't happened yet.