'We were so scared, we almost lost consciousness' - SSJ 100 survivors relive their experiences 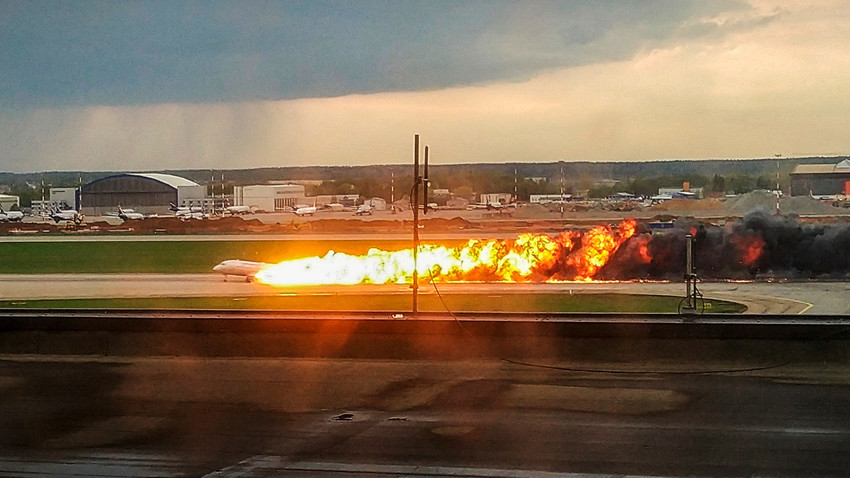 Xinhua/Global Look Press
On May 5, Aeroflot Sukhoi Superjet 100 caught fire during an emergency landing in Moscow’s Sheremetyevo airport leaving 41 people dead, including one crew member and two children. The 37 people who managed to survive have now shared what really happened on board.

“No one thought that there will be so many people dead,” a surviving passenger Marina Sitnikova told Russian publication Snob. She sat in the 10th row and, as she recalls, no one managed to escape from the back section of the plane. “Videos show that everyone was shouting in the cabin during landing, but I myself was in a stupor, it seemed to me that there was total silence. I could see or hear nothing in the smoke,” she says.

On the evening of May 5, the SSJ100 passenger jet took off From Moscow’s Sheremetyevo Airport and was heading to Murmansk. But just 10 minutes after departure it was struck by lightning. This led to the loss of radio communication and automatic systems control, so the pilots requested returning to Sheremetyevo for an emergency landing. 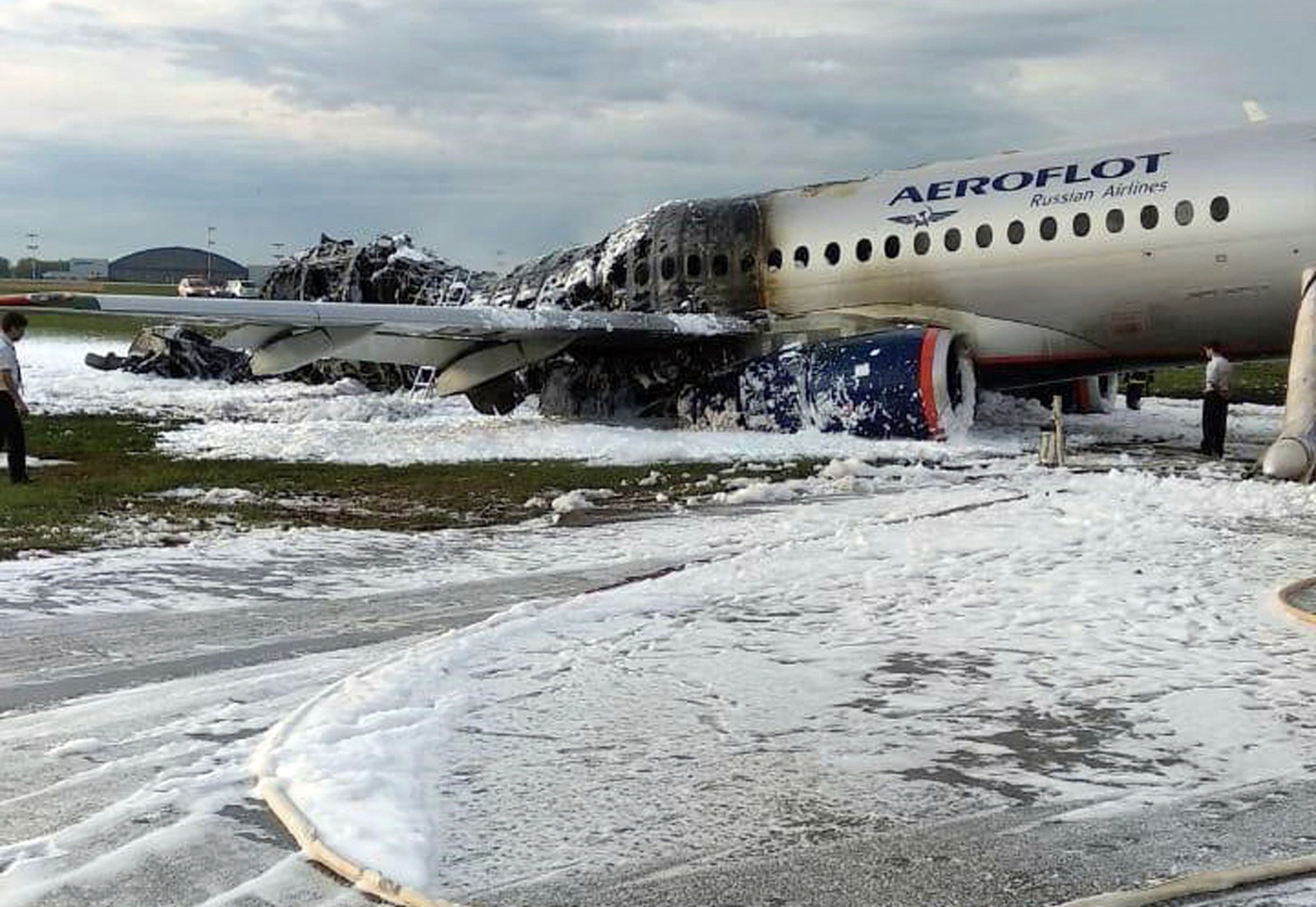 At that point there was no panic, shares Vladimir Evmenkov, a surviving passenger from the sixth row who was sitting next to the window and could see how the lighting had struck the right engine twice. “I almost broke my neck in fear that the plane caught fire, but there was no flame,” he remembers. “We were told that due to technical problems we were heading back to Moscow.”

“There was a strong blast – my eyes almost popped out”

The landing, however, turned out to be rough: the aircraft bounced on touchdown and only ‘landed’ on the third attempt, damaging the fuel tanks below and bursting into flames near its tail section. “We were so scared, we almost lost consciousness,” another survivor, Pyotr Egorov from the seventh row, told Komsomolskaya Pravda newspaper. “The plane jumped down the landing strip like a grasshopper and then caught fire on the ground!”

"Everything happened all of a sudden, at lightning speed,” says Marina Sitnikova. “There was a strong blast – my eyes almost popped out – a second was a little quieter, a third, and then smoke and it started to burn immediately!" 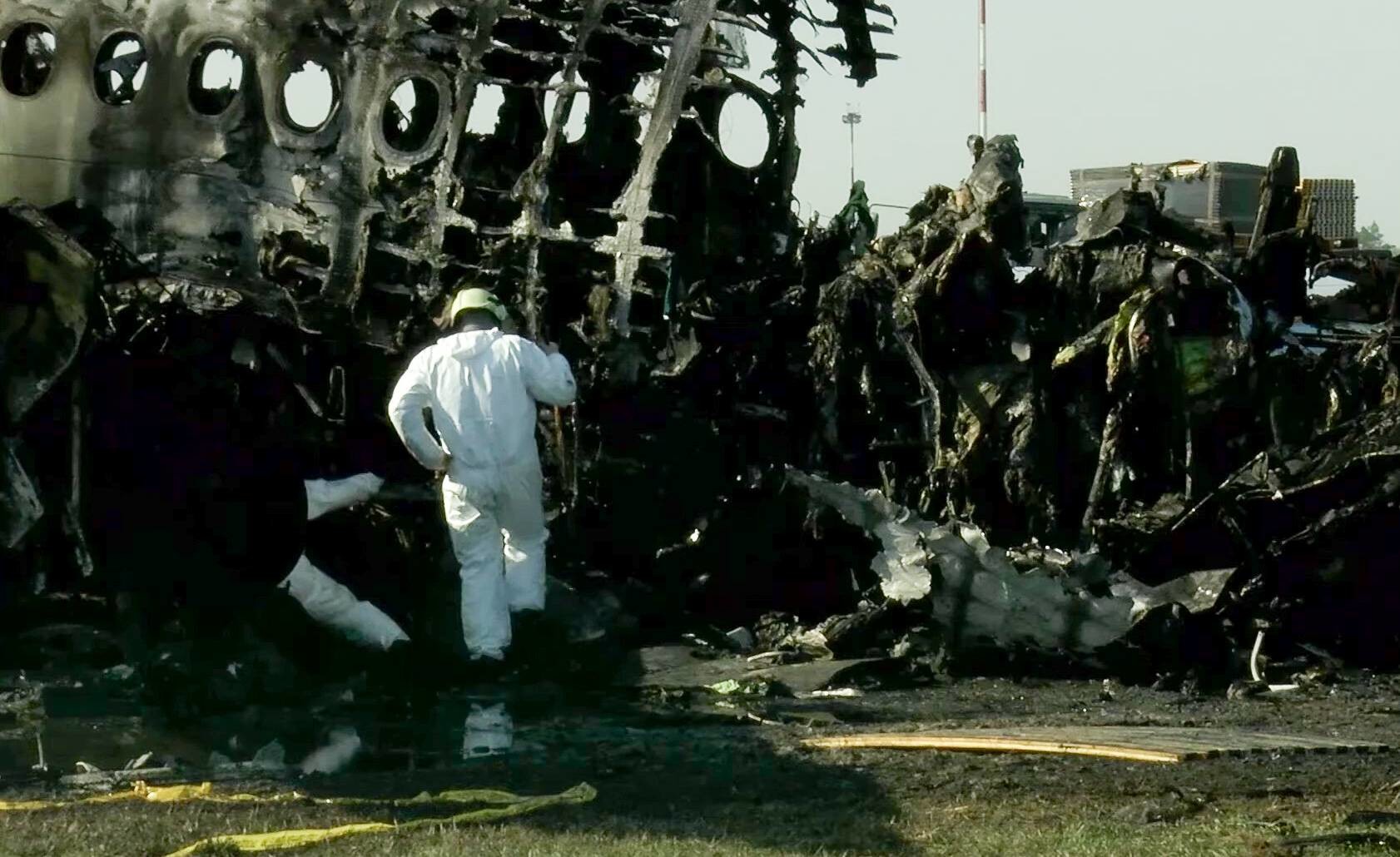 According to the survivors, even though people rushed to the exits, there was no crowd crush. The flight attendants were quick to open the exits and until then everyone simply stood there waiting. Some speculated that evacuation was allegedly delayed by some passengers collecting their luggage, yet Vladimir Emenkov notes that some took their bags because they had nothing else to do while they were waiting for exit doors to open.

“I wasn’t the first in the line to exit and when I stood up it was impossible for me to move forward. There was a woman with a child near me and they didn’t even try to move, maybe out of fear of inhaling carbon monoxide, plus, running to the exit at that moment would mean running through people. So for some time I simply stood in the aisle,” he recalls, adding that at this moment some people took their bags because they had no opportunity to move. “I had my documents there, so I grabbed them and when people started to move, I proceeded to the exit.”

Those that sat beyond the 12th row didn’t survive

Dmitry Kharinin, another passenger who sat in the 10th row, also recalls that everyone was seated before the plane stopped and then proceeded to exits as usual when it was allowed. “I grabbed my passport and moved to the exit. I let three or four people through first and when I felt heat coming from the back, made my way to the exit,” he explains.

“I didn’t turn to see what was happening in the back. Why? I don’t know. I took a few steps. There was a light blue smoke. Bitter, of course. But it was possible to run through it. Then suddenly everything got covered with dense black smoke. It was impossible to breathe. I bent down to the seats, where there was less smoke and took a few breaths, enough to move forward to the exit. There the smoke ended and I could see two flight attendants who were helping passengers evacuate.”

He adds that he didn’t see anyone delaying the evacuation by grabbing their luggage. “If some did have bags they were small - women’s bags, small backpacks... Some people fled without even grabbing anything, I saw it myself.” 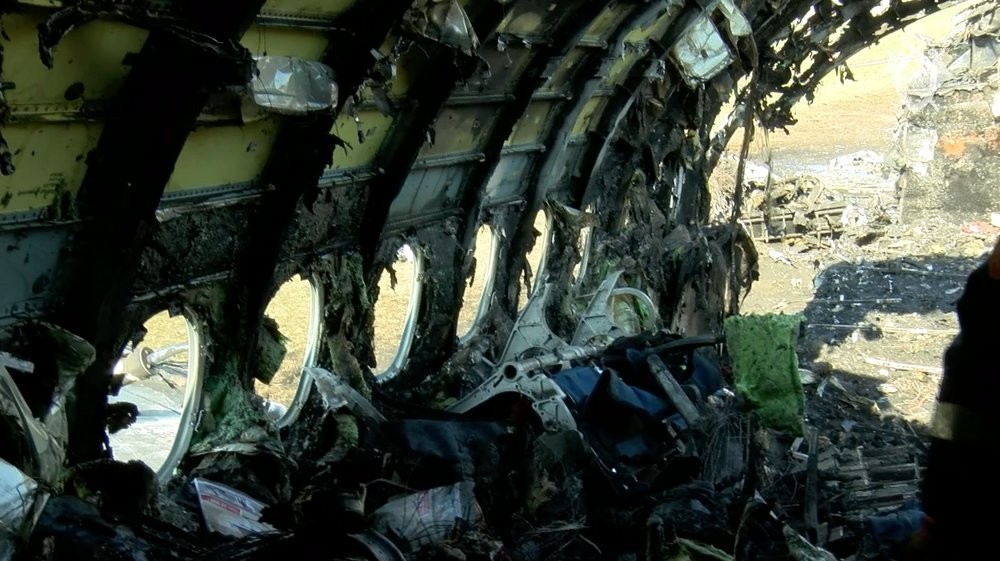 As Tatiana Kasatkina, a flight attendant on the tragic flight, recalls, cited by Lenta.ru, people started to stand up from their seats during the landing, phoning their relatives and saying the plane is on fire. “Everything happened so fast, we didn’t have a second to think,” she remembers. “I pushed passengers to the exits. I was pulling each of them by the collar so they wouldn’t delay the evacuation.”

“I was the last one to leave the plane and there was no one following me…” says Oleg Molchanov, whose seat was in the 12th row.

“I think so many people died because the fire, of course, hit the end of the cabin. The back exit didn’t open but people thought they would escape from the nearest exit. I think passengers in the back simply didn’t have any chance to escape. They breathed in carbon monoxide and kerosene was everywhere. Only those who ran to the front could survive. There was no one to save in the back,” he told Meduza media.

“I didn’t see any crowd crush during the evacuation,” remembers Marina Sitnikova. “I recall seeing people crawling to get to the exit. To be honest, I was saved by the flight attendant.” At some point, she was losing consciousness and didn’t know what to do. “Suddenly, I heard someone commanding: “Quick! Quick!” So I found the strength and ran to the voice.”

The majority of those killed were seated in the tail of the plane. Jeremy Brooks, a US citizen, was also among the passengers who lost their lives. Seated at the 15th row, he never had a chance to escape.

“Everyone tends to blame the rescue team, but in my opinion, they worked extremely well,” says Dmitry Kharinin. “No one could have known the plane’s trajectory, where it would land and that it would catch fire - there was no indication such a catastrophe would happen.”

Authorities are currently investigating the causes of the catastrophe, including possible technical faults on board and unfavorable weather conditions. While the public waits for the final cause, a special petition has already been created on Change.org to ban the Sukhoi Superjet 100 from flights in Russia, identify the problems with the jet and bring those responsible to court.