Russian pilots make miraculous belly landing saving all 233 on board

Lifestyle
Russia Beyond
AFP
People are comparing the incident to the ‘Miracle on the Hudson’.

Captain Damir Yusupov and his copilot Georgy Murzin saved 233 people by landing the Airbus A321 with its landing gear up in a cornfield near the Zhukovsky airport in Moscow on August 15.

The Ural Airlines plane bound for Simferopol, Crimea, reportedly struck a flock of birds upon takeoff from the Moscow airport. The “rare” incident caused an engine malfunction and the pilots had to manually land the airplane still with full tanks of kerosene. 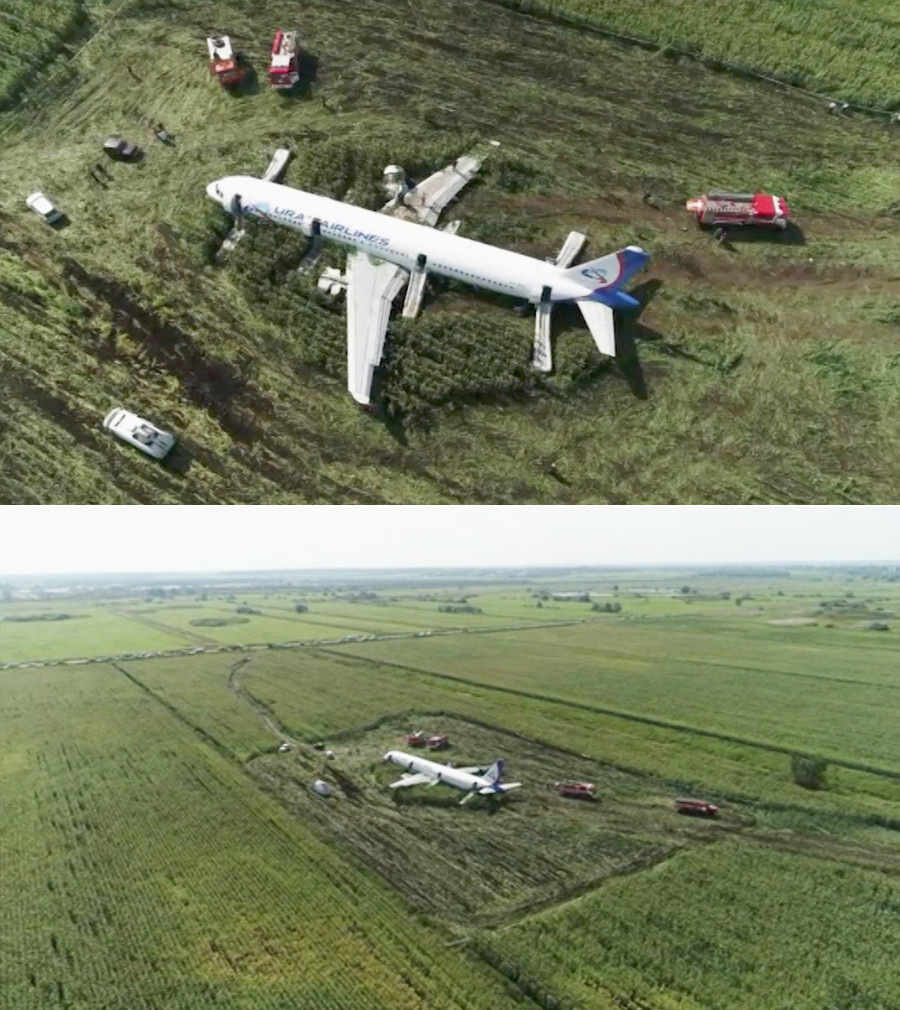 Thankfully, there was a large cornfield one kilometer away from the airport runway, and the pilots brought the plane down without the use of the landing gear, turning the engines off seconds before the emergency touchdown. There were 226 passengers and 7 crew members on board.

The plane was immediately evacuated and all of the 226 passengers safely left the airplane via the emergency exits. The pilots and the crew members who assisted the passengers all received a round of applause and praises from the shocked passengers. 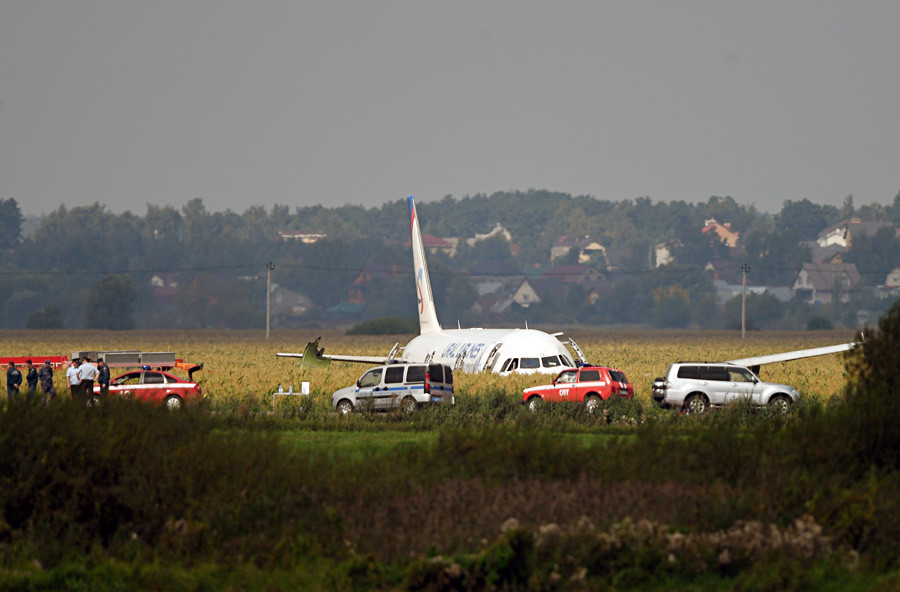 Although ambulances were quick to arrive, thanks to close proximity to the airport, the passengers had to find their way through the cornfield.

Paramedics were on hand and only 23 passengers had to be admitted to nearby hospitals. Authorities say 55 people in total were injured. 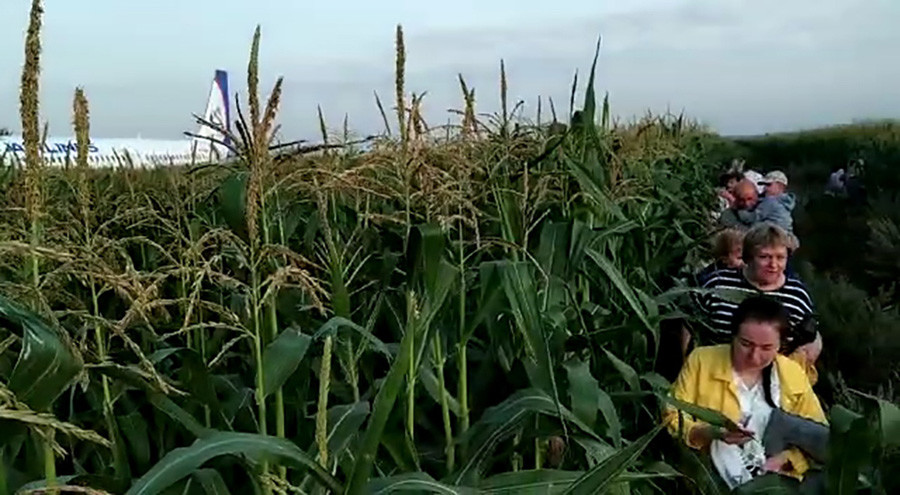 The Moscow Region Branch of the Russian Emergency Situations Ministry/TASS

First and foremost, the passengers praised the pilots for their good judgment and skills.

“The landing was hard but the airplane did not plow into the ground with its nose. We must pay tribute to the pilots, because they made the landing as soft as possible in such circumstances,” one of the passengers told journalists at Zhukovsky Airport. 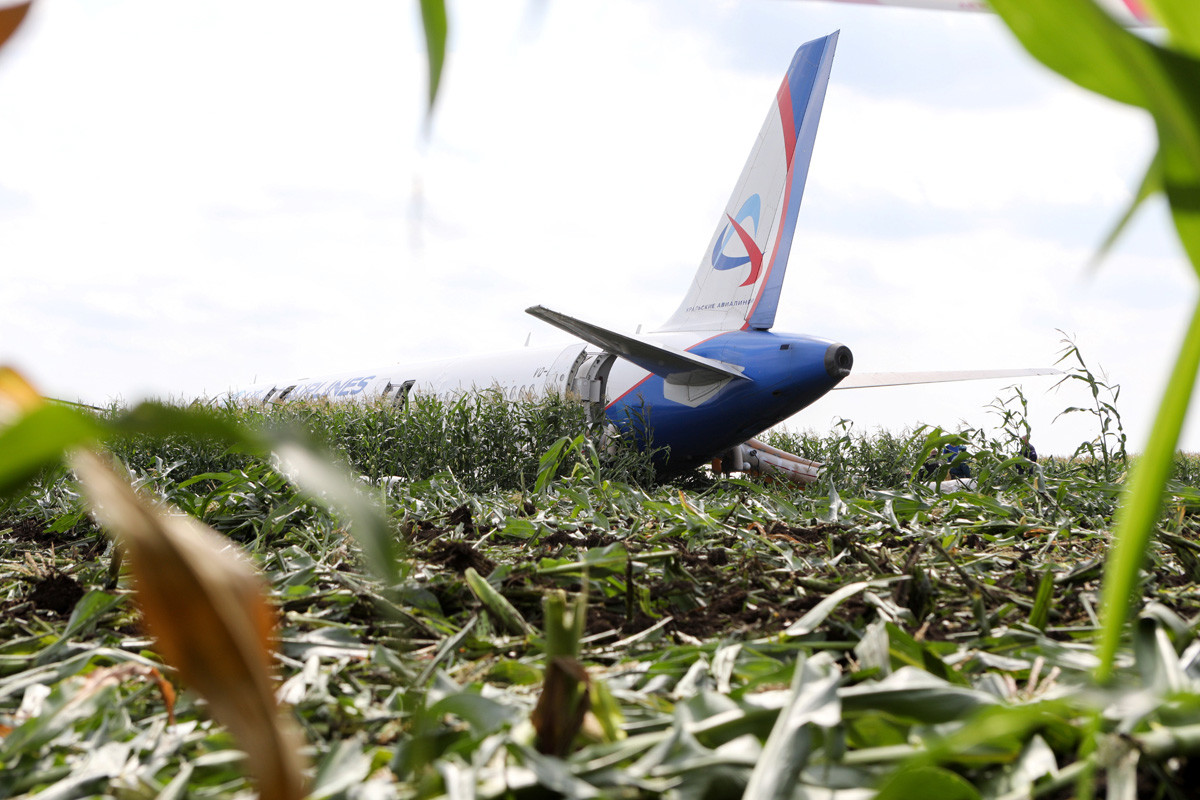 Captain Damir Yusupov and his copilot, Georgy Murzin, were hailed as heroes by the passengers, internet users, and Putin’s press-secretary, alike. Notably, 41-year-old Yusupov had started his career as a pilot at the age of 33 and was working as a lawyer in the city administration of Syzran (750 km from Moscow) before he decided to pursue his lifelong dream. 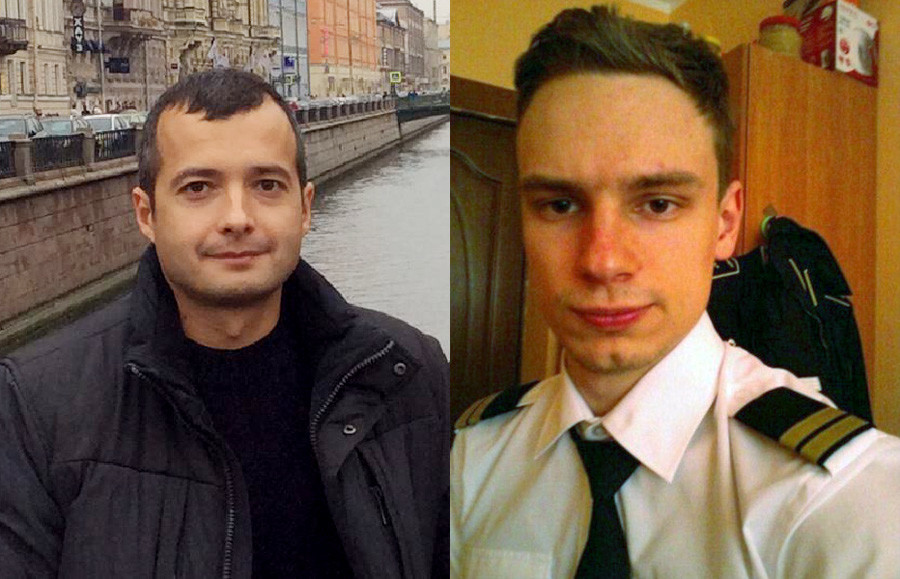 Online publication Meduza quoted an unnamed colleague of Yusupov, who said the quality of the landing means the pilot most likely “has been using simulators to perfect his actions in such situations and perform them automatically.” 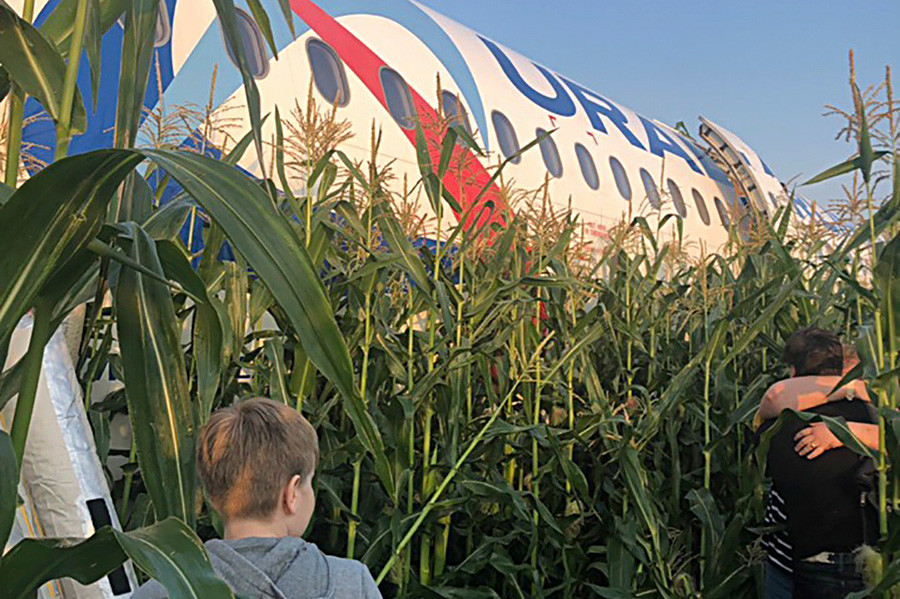 The actions of the crew and the landing itself have been compared to a 2009 incident known as the “Miracle on the Hudson”, when an Airbus A320, flown by Captain Chesley Sullenberger and Jeffrey Skiles, performed a similar emergency belly landing on the Hudson River in New York.

Click here to read about an incident when a plane spilled tons of gold mid-takeoff.