How are Russian homes heated? 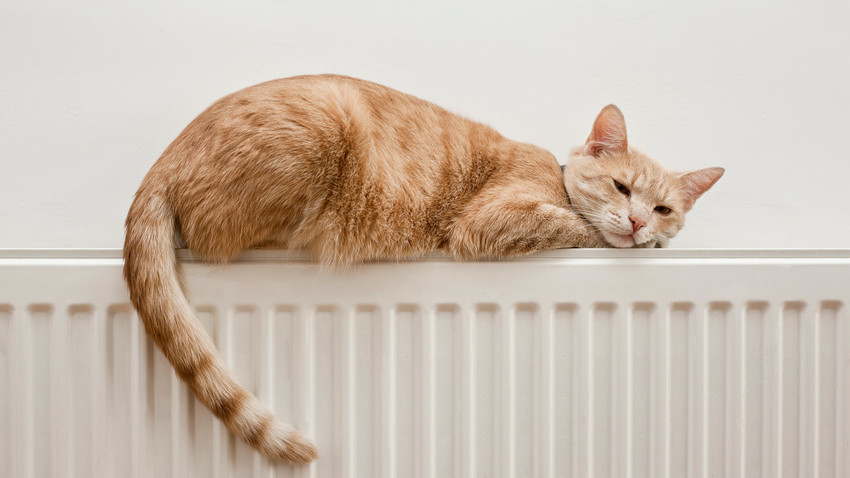 Getty Images
The most keenly-awaited day for Russians as winter approaches... is the day when the radiators are turned on in their homes.

Every autumn, Russian social media users spontaneously spring into action and everyone, without prior arrangement, starts exchanging photos of cats lying on radiators. The image is so popular that, for example in Perm and Saratov, they’ve even erected monuments to cats on radiators. 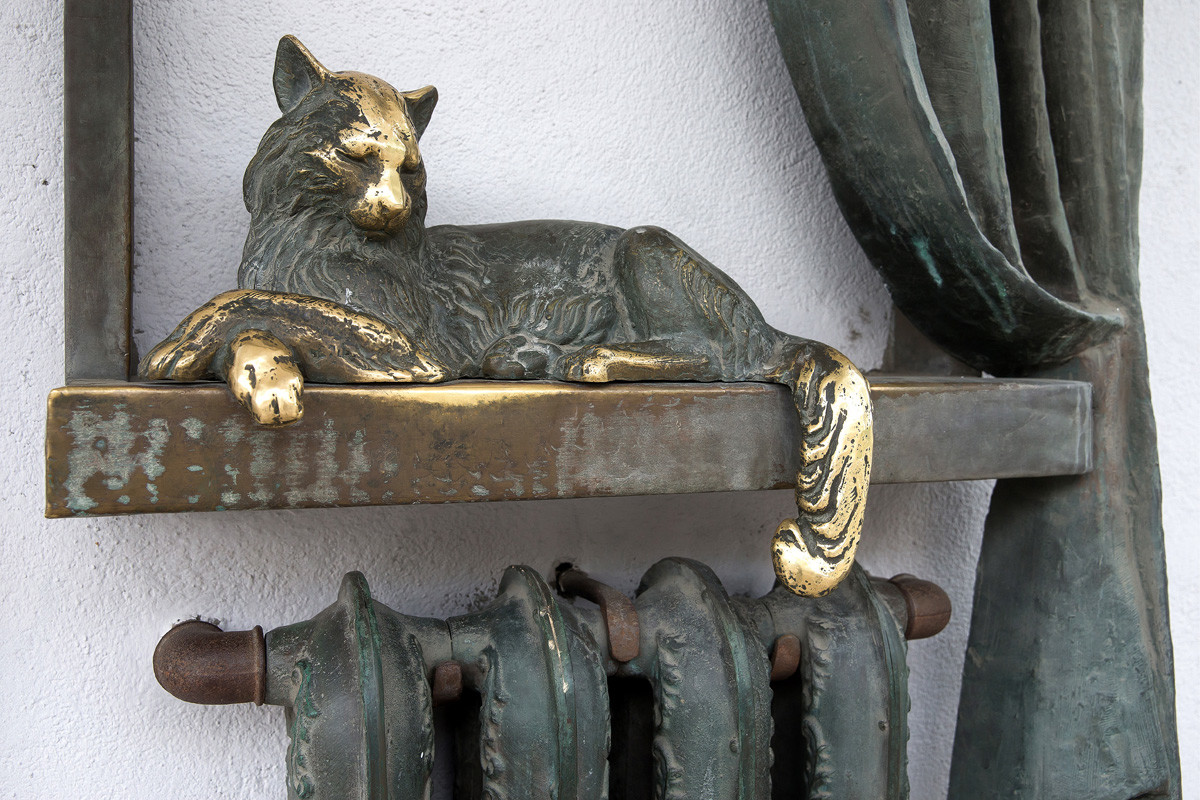 A monument to a radiator in Samara.

In posting such pictures, millions of Russians are trying to summon the heat to their flats. You may wonder why they go to such lengths, instead of simply turning on the heating? Well, in Russia, it’s not that easy! Heating system is handled very differently from what you are probably used to. 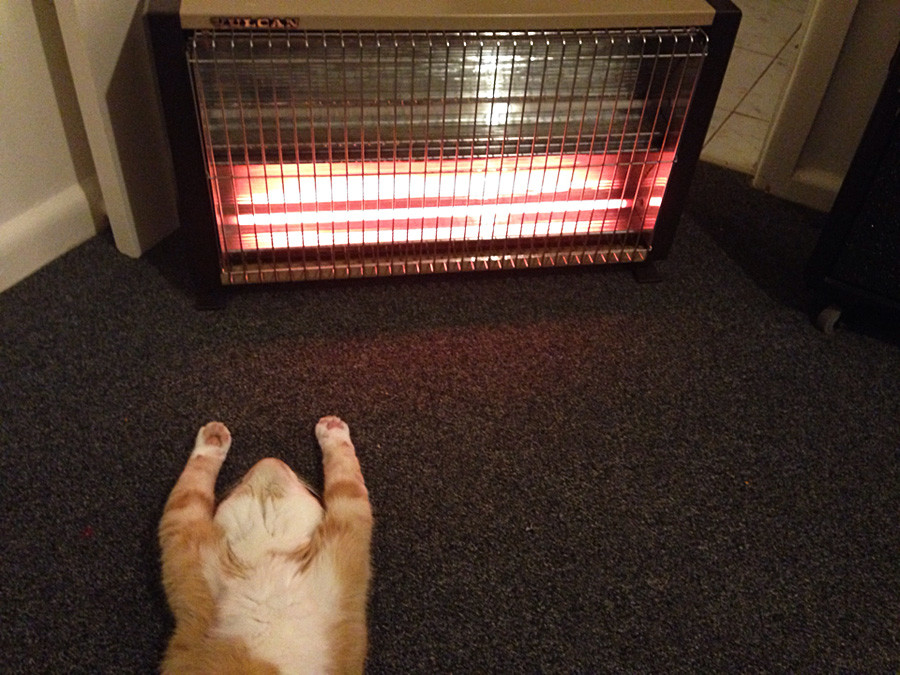 Universal warmth for all

In Russian cities, most buildings are centrally heated by hot water flowing through pipes. The water temperature is the responsibility of a local boiler station or heat-and-power plant - one per neighborhood or district. It supplies heat to cast-iron radiators (or increasingly in newly installed modern aluminum radiators) in flats when the average daily temperature outside stays below eight degrees Celsius for five days in a row.

As a rule, the heating season in the European part of Russia lasts from October until May, but it often happens that cold weather spells arrive sooner, when the heating has not yet been turned on. For instance, the Urals and Volga region already had snow in September 2019.

And in Moscow, the temperature plummeted to +5 in mid-September, and many residents are still waiting for their radiators in their flats to become warm. Yulia Petushkova lives in the Belyayevo district in the west of the city and she also has to patiently wait. "It's cold at work, it's cold outside and it's cold at home. From one cold place, I have to go to another cold place, through another cold place. They turned on the heating on on September 25, but it is still cold at home, although I can now sleep with two duvets rather than three!" 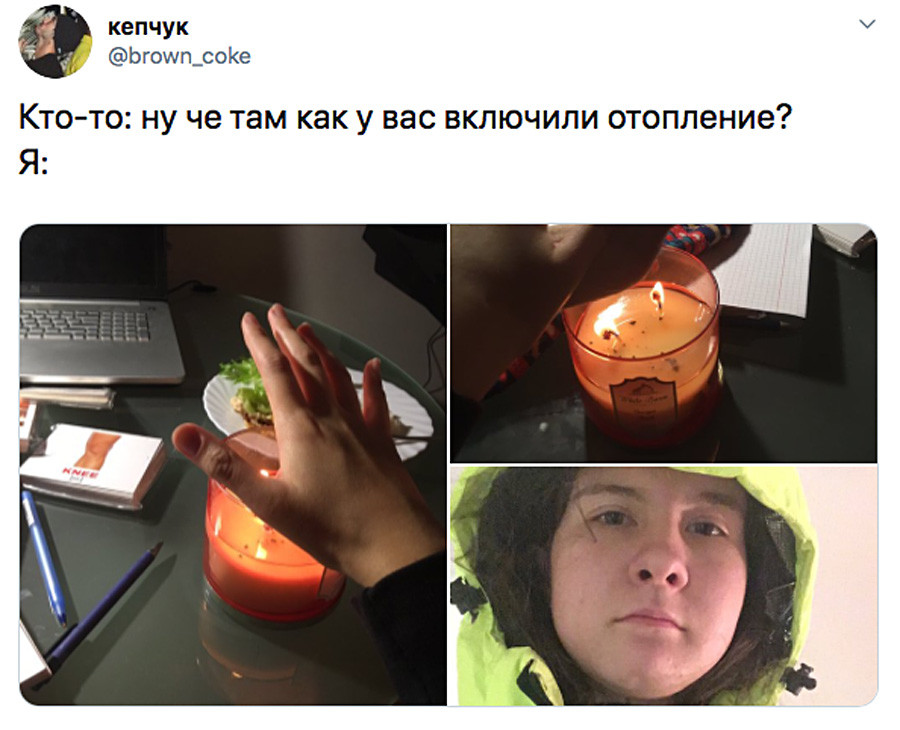 "Well, what’s the latest, have they turned on the heating yet?"

But Daria Sokolova from Tsaritsyno in southern Moscow was not so fortunate: In her building, the heating was officially turned on on September 24, but not in all flats. "The water has not reached my flat through the distribution pipe, it is very disappointing, since they did promise to turn the heating on," she laments. 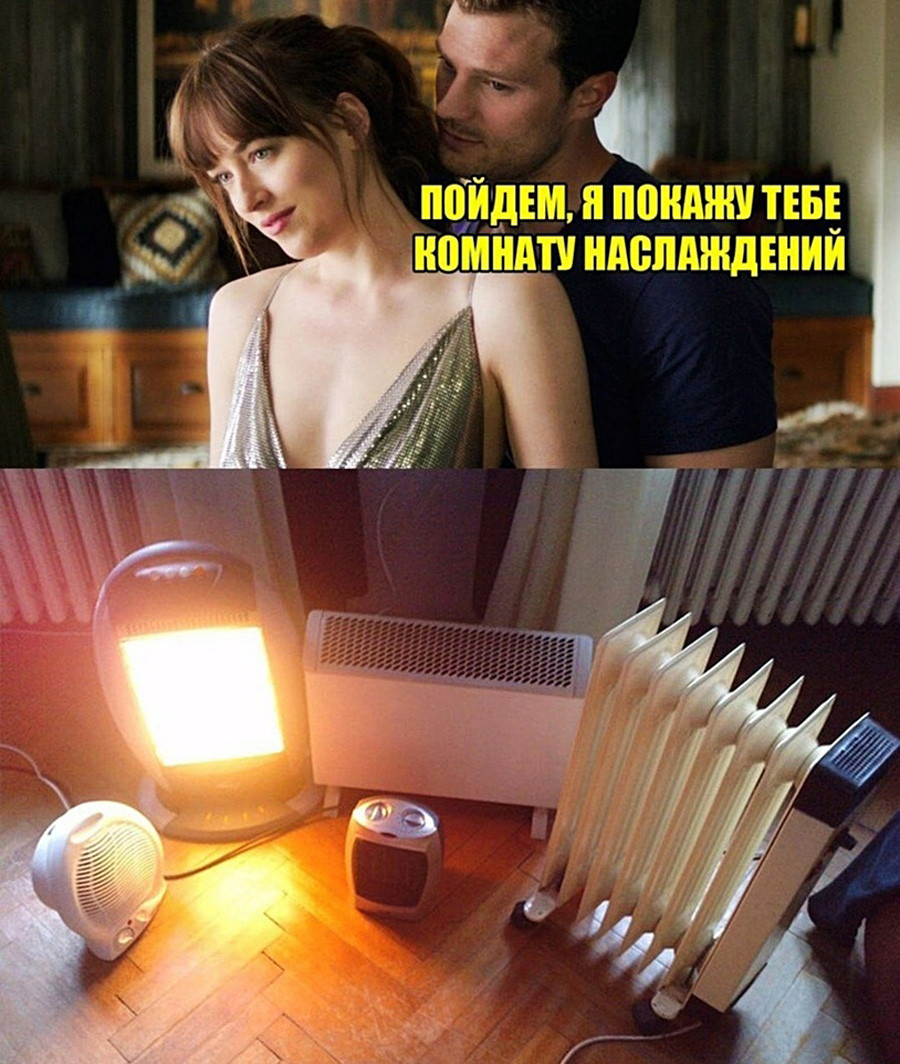 "Come, I'll show you my room of luxury"

But that’s just one side of the story. As you know, the temperature in Russia can change suddenly and yesterday's frost may be followed by a sudden warm spell. But your home will remain HOT, because the authorities have already turned on the heating. The water temperature in the radiators is regulated centrally at boiler plants and you can't turn it up or down independently.

And when they do start supplying heating to Russian homes, they do it wholeheartedly. In major cities, for example, the water temperature is calculated automatically depending on the weather. And at small boiler plants it is done manually. In any case, during the heating season, according to the state norm, the temperature in an apartment should not fall below 18 degrees Celsius and in the bathroom it should be no less than 25 degrees. For living rooms the upper temperature limit is 24 degrees. 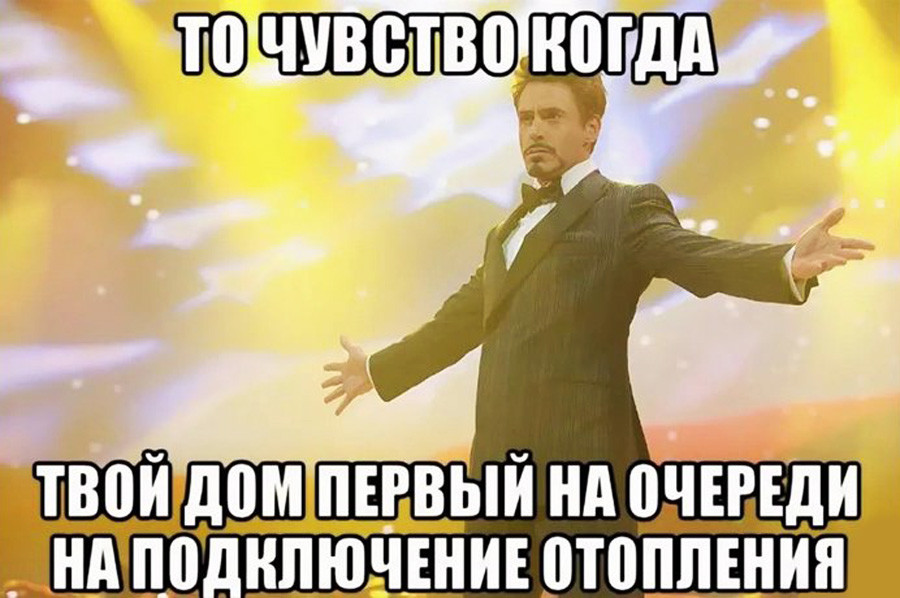 Therefore, many people in Russia during winter wear T-shirts at home and leave the windows open. This, of course, has its advantages, because there will always be fresh frosty air in the flat. Nevertheless, there are buildings in Russia with autonomous heating systems, and not just in the private sector. Some new residential complexes have their own boiler-rooms that provide heating much quicker and where the temperature can be adjusted.

How much do Russians pay for heating?

It would be logical to assume that Russians only pay for their heating in winter, but no.

They usually pay an average price for heating over a year on a monthly basis, otherwise winter payments could and would be in the thousands of rubles. Nevertheless, local authorities often decide themselves if residents should pay for the heating only when its on or spread the payments over the calendar year. For instance, in winter residents of chilly Kamchatka pay 7,000 rubles ($100) a month for heating their flat but in North Ossetia in the south of the country only 3,000 rubles ($40).

Whose brainchild was this excessive heat??

Hot water radiators were first invented in Russia - moreover, back in the mid-19th century. The invention belongs to industrialist with Prussian roots, Franz San Galli. Radiators manufactured at his factory in St. Petersburg were exported around the world. 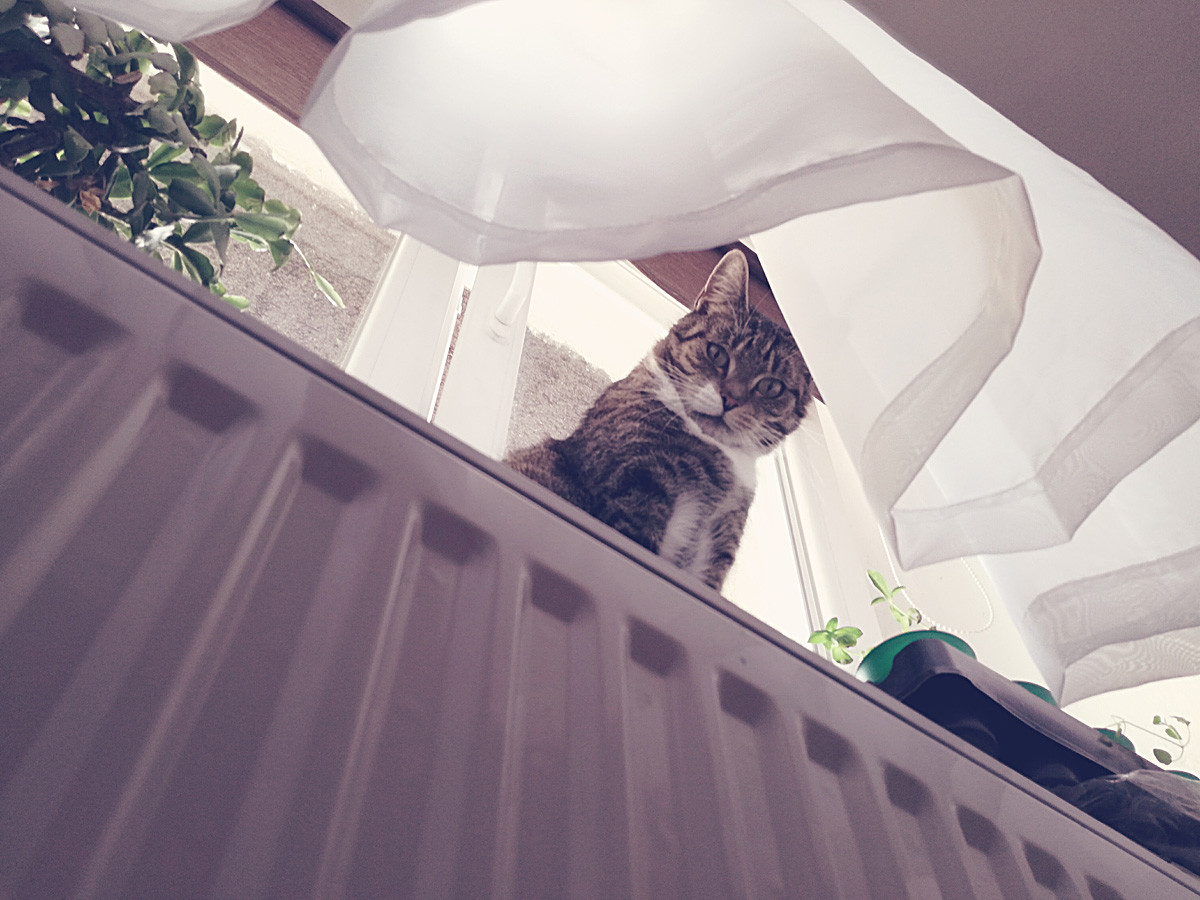 Although most houses were heated with wood-burning stoves, by 1917, major Russian cities had buildings that used a hot water heating system. Centralized heating and electricity only came to people's homes in the Soviet period, in 1924, and, when Khrushchev-era apartment blocks started being built en masse in residential districts in the 1960s, people in Russia practically forgot what it felt like to be cold in the winter.

By the way, in the 1980s, Soviet engineers thought about heating houses using atomic energy, but in the wake of the Chernobyl disaster such projects were stopped. Nowadays, Russian boiler plants use gas for fuel.