We bet this 86yo granny can RUN farther than you! 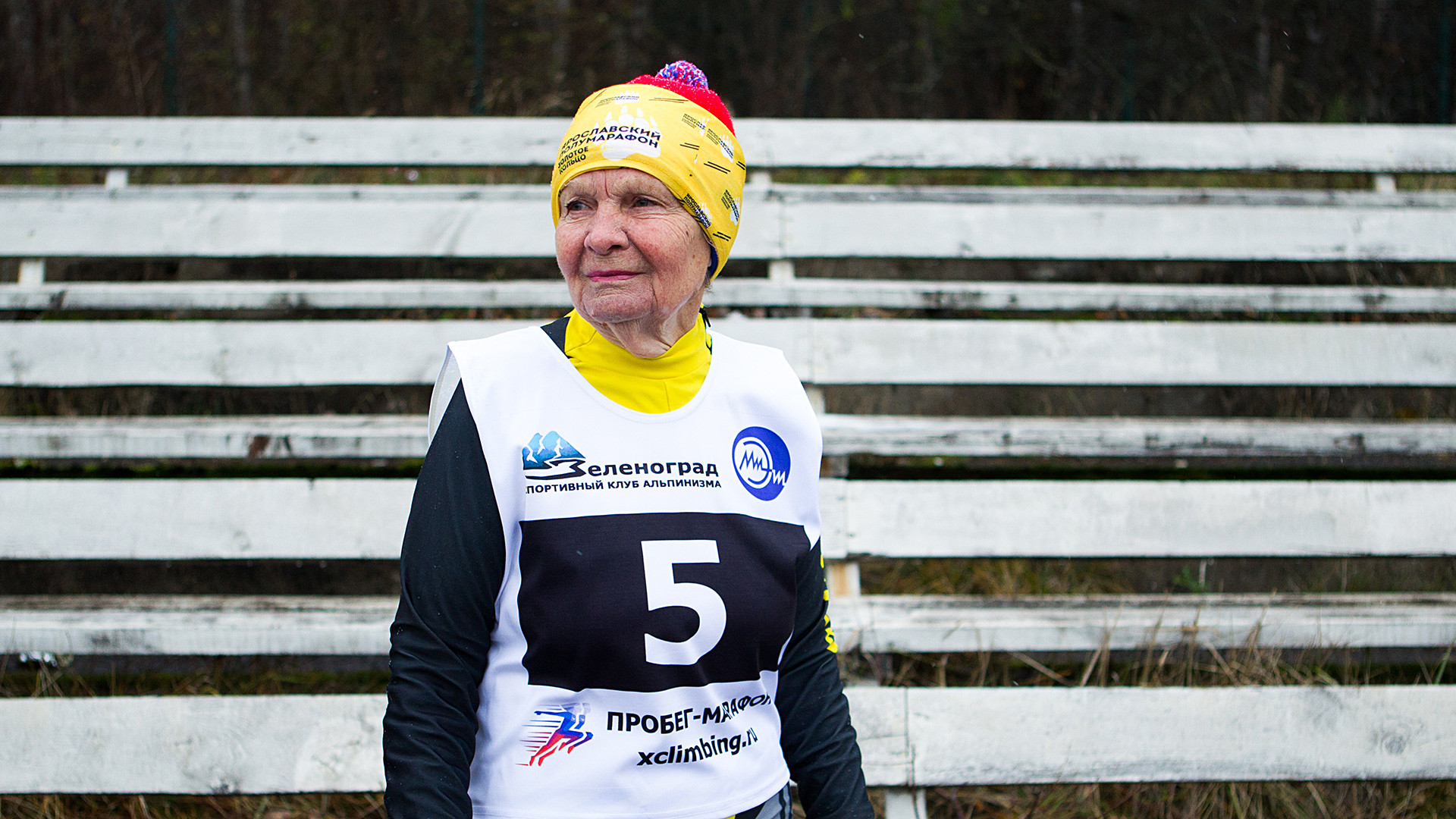 Anastasiya Karagodina
She trains almost every day, and once a week does a 10 km run to fight off any thoughts of old age.

Numbers pasted on the backs of men and women flash before my eyes. The runners are warming up before the race right there in the street by doing the usual arm- and leg-pulling routines. Steam pours from every mouth, and their hair is wet from the first snow. In the air hangs the smell of pine, since the route passes through a coniferous forest next to a stadium.

“Well, are you ready?” one of the race officials exclaims. The crowd responds with a roar of approval and lines up at the start. 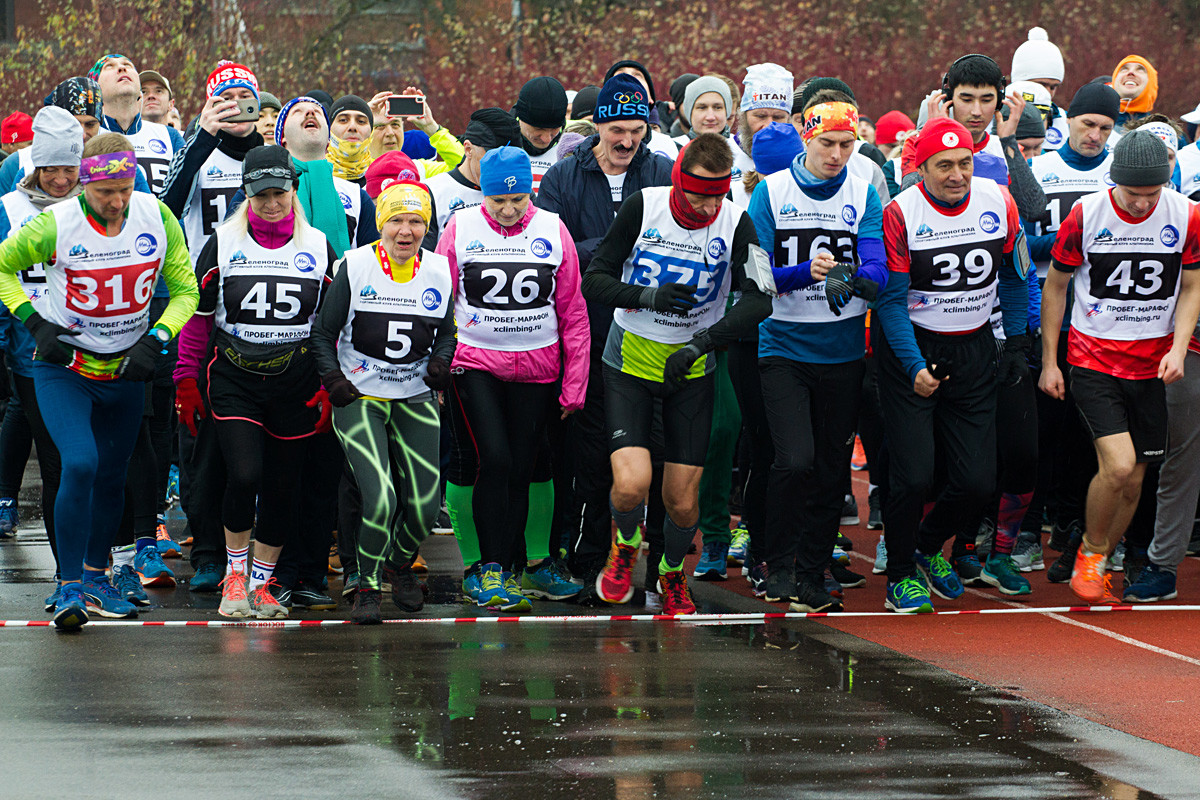 A woman, no taller than 150 cm, slowly threads her way to the front. Her gray hair is neatly tucked under a hat, and tight leggings are wrapped around her legs.

“There’s so much youthful enthusiasm, isn’t there. Doesn’t it just make you want to run?” she asks me. I nod, trembling from the cold — she wants to run, while I can only dream of warmth and a hot cup of tea. 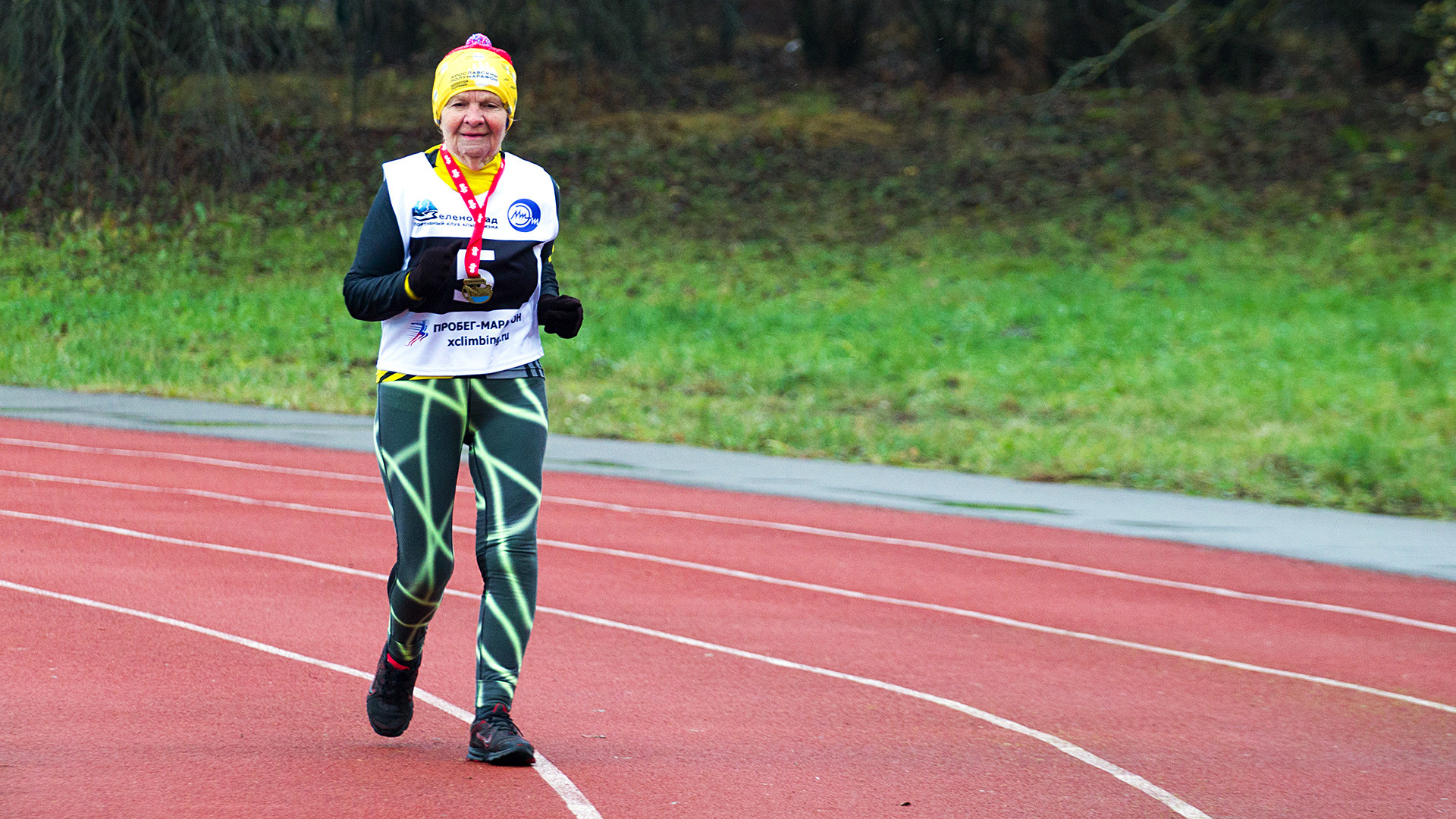 A minute later, the official gives the go. The elderly woman streaks off ahead, but after 30 seconds she is back at the rear, laughing and chatting with other pensioners.

In her own words, Klara Bogatova no longer runs for prizes, but for pleasure. She has trained every day for 15 years, and does a 10 km race at least once a week. Aged 86, she is officially the oldest runner in Russia.

An inspiration for soldiers

Klara believes that soon the phrase “Russian babushka” will not be associated with an elderly woman in a scarf baking pies, but with a sprightly athlete.

“In future, I’ll be the image of the typical Russian babushka. People will realize that health is more important. Knitting socks is no longer necessary, they’re sold everywhere for a dime a dozen,” she says. She herself began running relatively recently. 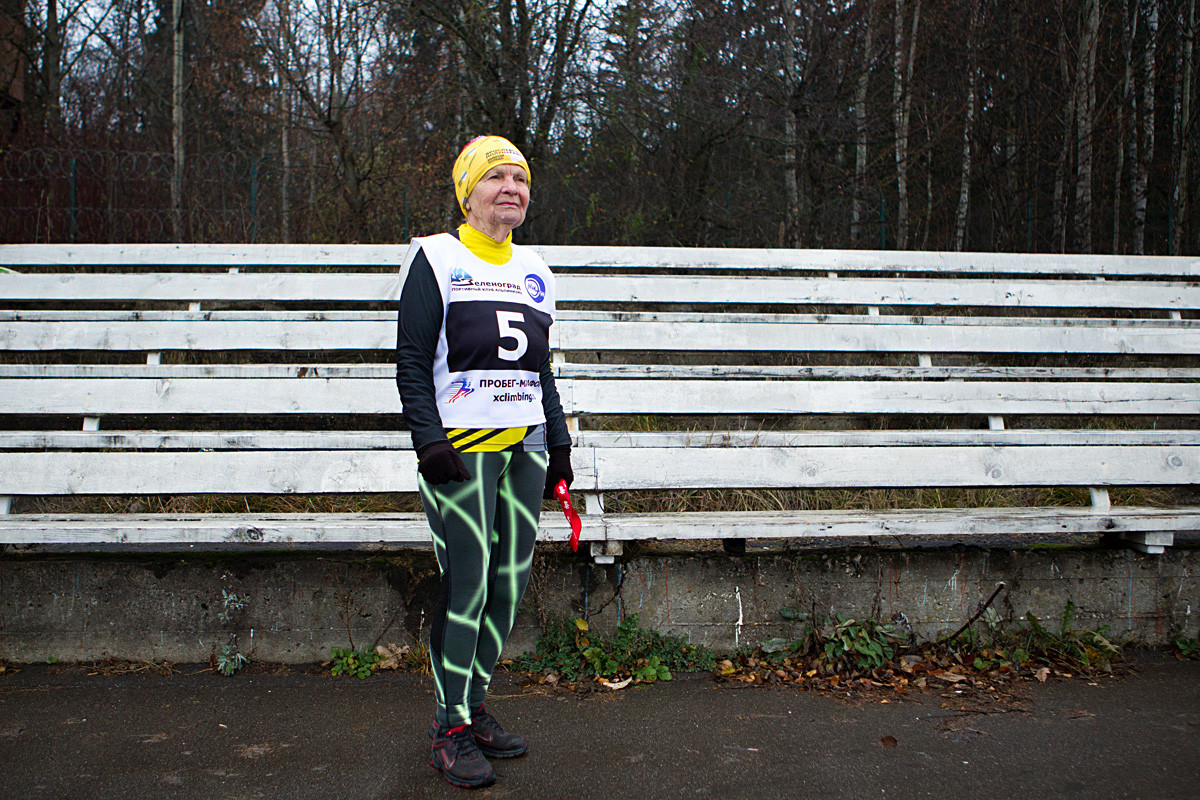 “I never loved this type of sport. Even at the university 3 km killed me. I just couldn’t do it,” Bogatova recalls before the race, smiling and clasping a medal from her previous competition. So far, she has accumulated two boxes of medals, one shelf stacked with cups and a second with certificates for taking part.

Born in Nizhny Novgorod, Klara spent most of her life with her husband in Soviet Uzbekistan, teaching at the Road Institute in Tashkent. She moved to Moscow at the age of 69 to be with her daughter. It was there, in the entrance of her apartment block, that she saw an announcement about a running club. Before the first run, she trained for about a month at the local school stadium. 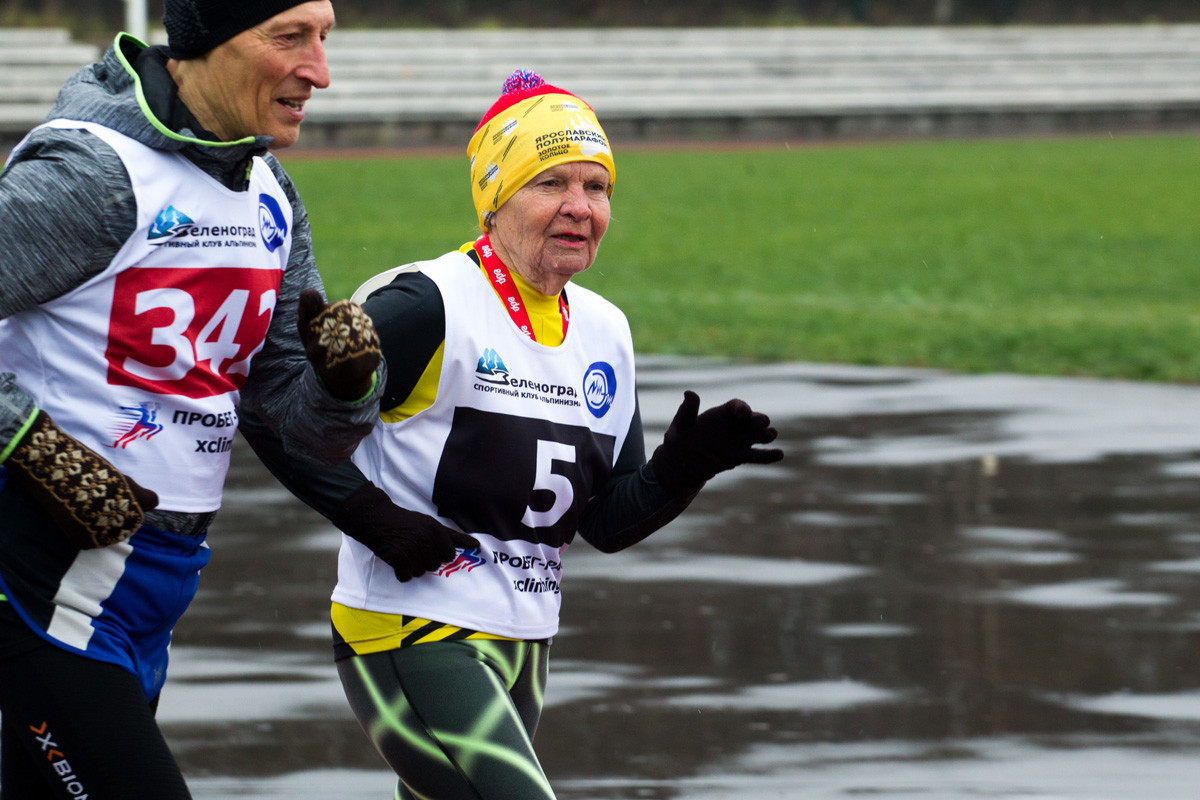 “I wanted to lose a couple of kilos, but was always slender anyway,” she laughs. “And in the very first run, I finished second! I was presented with such a beautiful crystal vase. I looked at it and thought: No, I can’t sit at home anymore.”

For a while Klara ran with younger athletes. 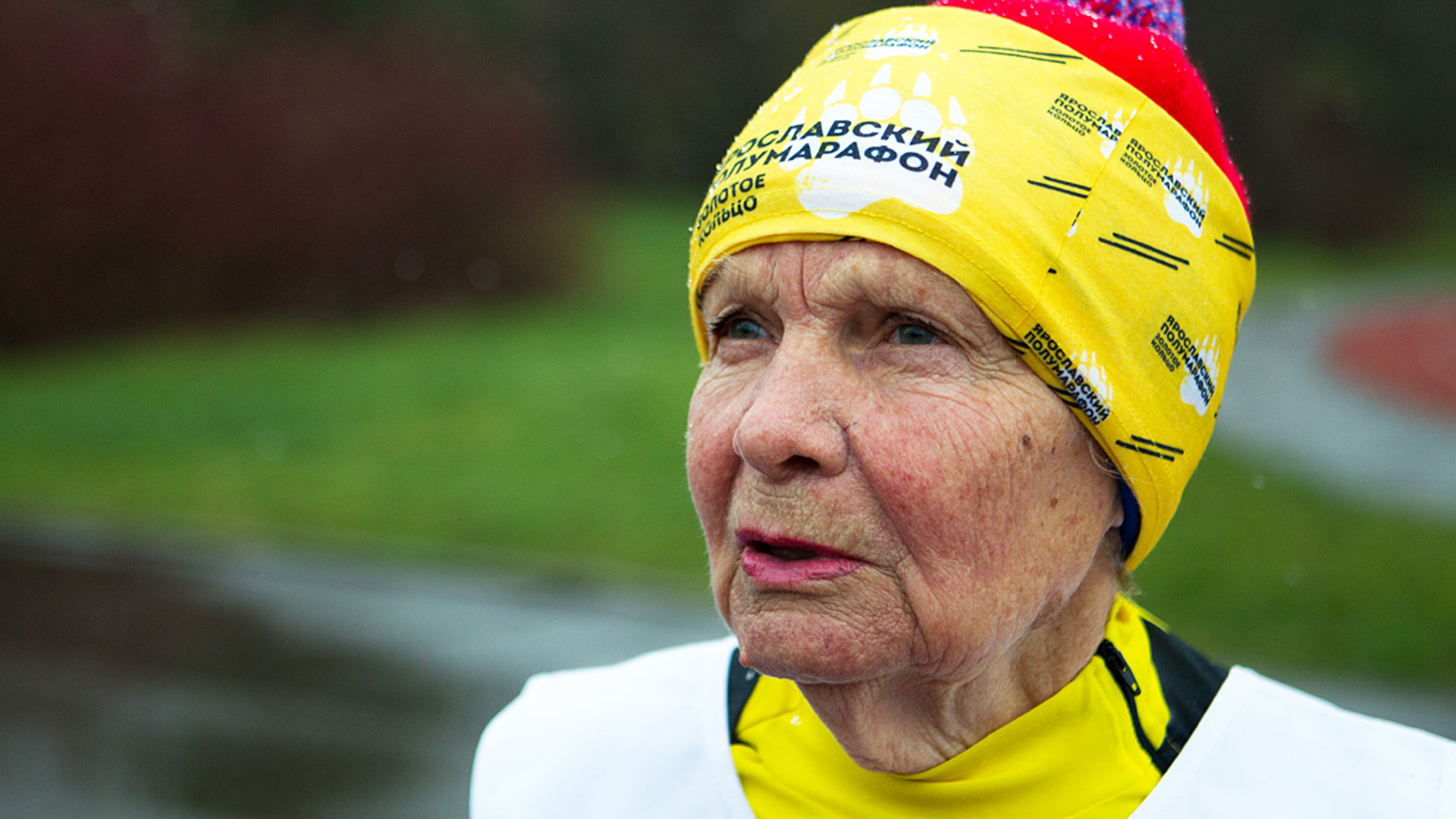 “I used to run 20 km, but now I can manage only 10. When I’m running, young boys shout at me: ‘Way to go!’ It’s nice. An officer stopped me once and said he’d tell his soldiers about me and use me as a role model,” boasts Bogatova.

Clara’s standard warm-up consists of a short jog around the stadium. She runs slowly, but takes each step from the hip, rather like a catwalk model. For six straight years Bogatova has been competing in the annual race in Zelenograd outside Moscow. On all six occasions, she says, it was either raining or snowing.

But races in and around Moscow quickly bored her, so Klara moved further afield. 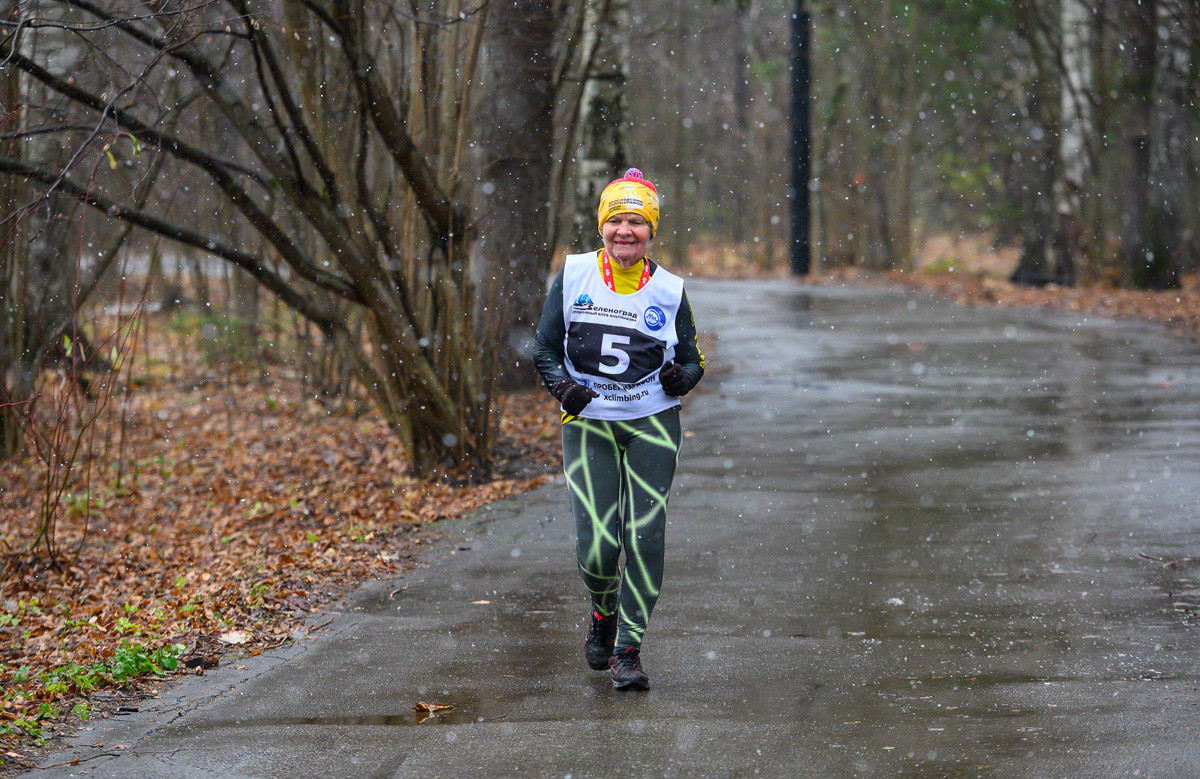 “I did a run in Suzdal. My shoes were killing me at first, but then they loosened up. And in August there was this race that involved a 1 km swim, followed by a 4-5 km run. After swimming you had to change into sneakers, but you couldn’t tie the laces because you were shaking all over. I like challenges like that,” she recalls.

Her last race was in the Portuguese capital of Lisbon. 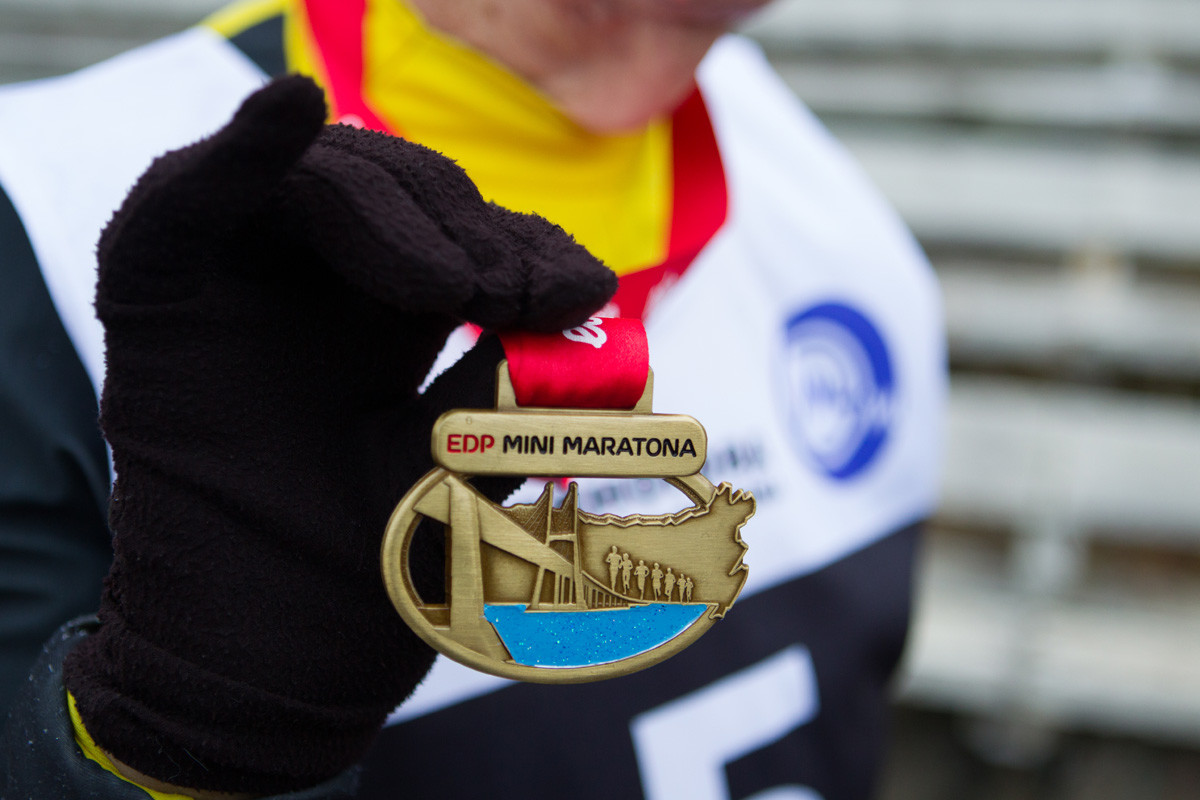 “Sure, it cost a bit to take part, about 6,000 rubles. But it was warm and sunny, the trees were in bloom, and there were 20,000 spectators. What a crowd! The whole city was going wild, everyone was clapping us. We could do with support like that in Russia sometimes,” Bogatova reminisces.

Klara’s daughter supports her mother’s hobby, and goes jogging with her. Her grandson also used to run, but stopped in his teens.

“His computer started taking up all his spare time. Plus physical education in school killed his enthusiasm. It’s all about winning there, they don’t teach kids to enjoy running,” complains Bogatova. 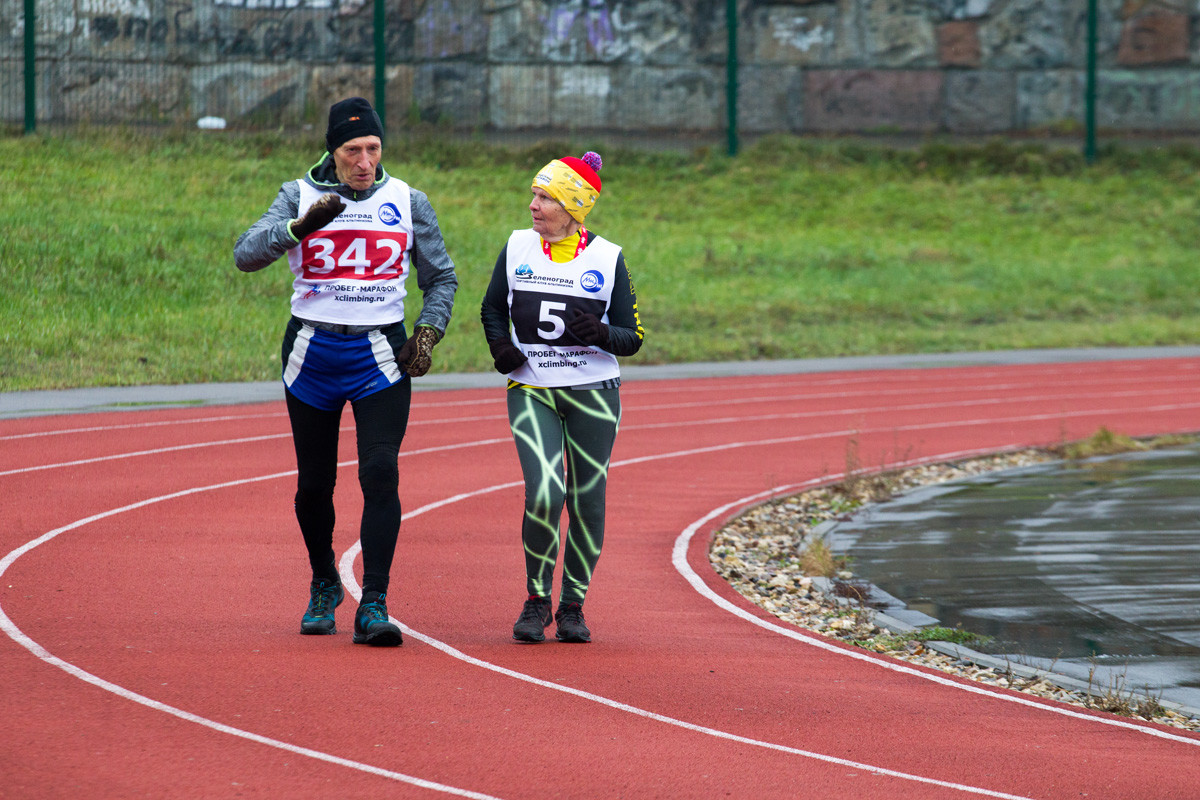 “They don’t all talk about illnesses or about how long you’ve been running, etc. I like the fact that I still have the desire to run, to keep the legs moving,” explains Bogatova.

Before we met, Klara assured me that she covers 10 km in an hour-and-a-half. About 40 minutes later I’m standing in the forest at (according to the route map) the mid-point of the race. After another 30 minutes, a photojournalist rides past on a bicycle and tells me that the supergran runner completed the course ages ago. Despite her age, Klara showed me a clean pair of heels. 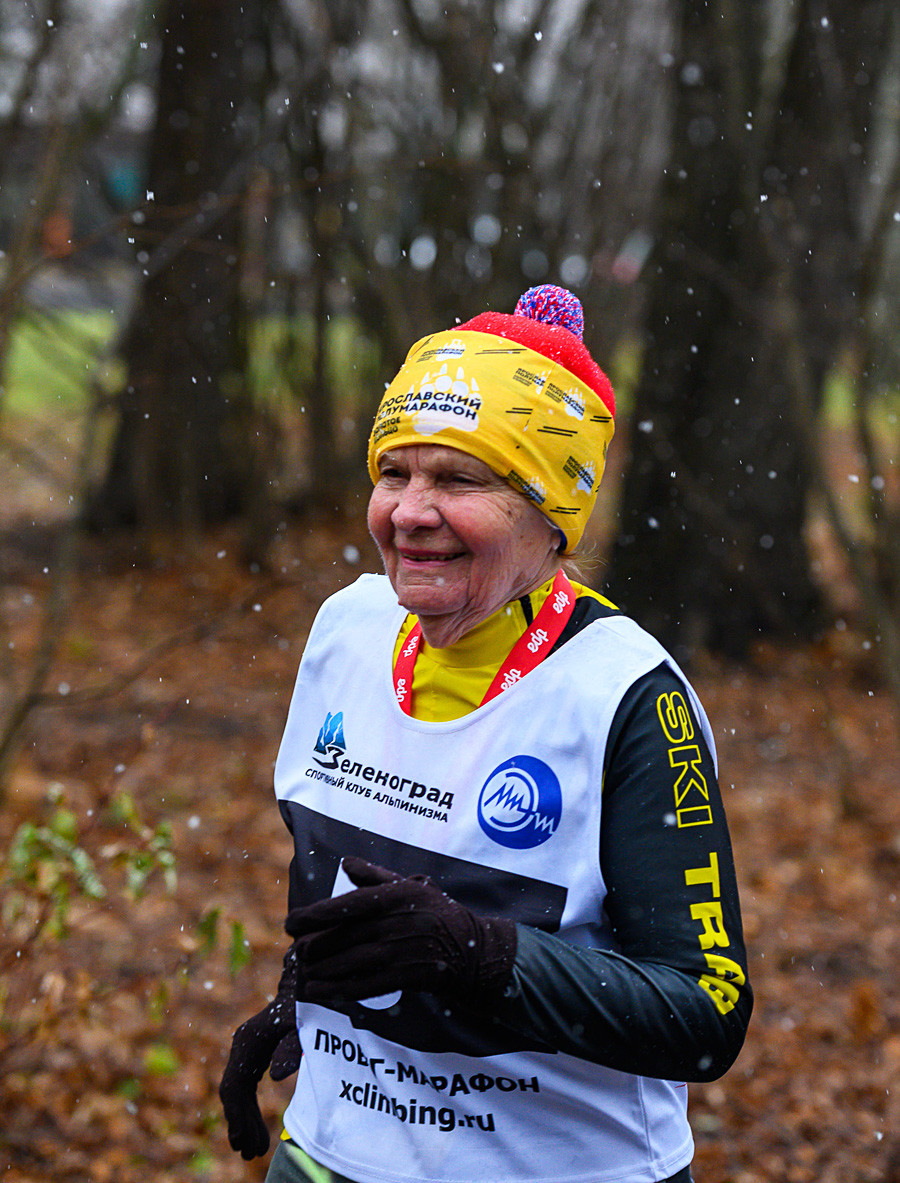 “Poor thing, you look frozen stiff. The weather’s not great. You should run with me in Nizhny Novgorod in May, you might like it,” she suggests with an impish smile when we finally catch up.

Hell, if I want to become like her, I guess I’ll have to accept the invitation.