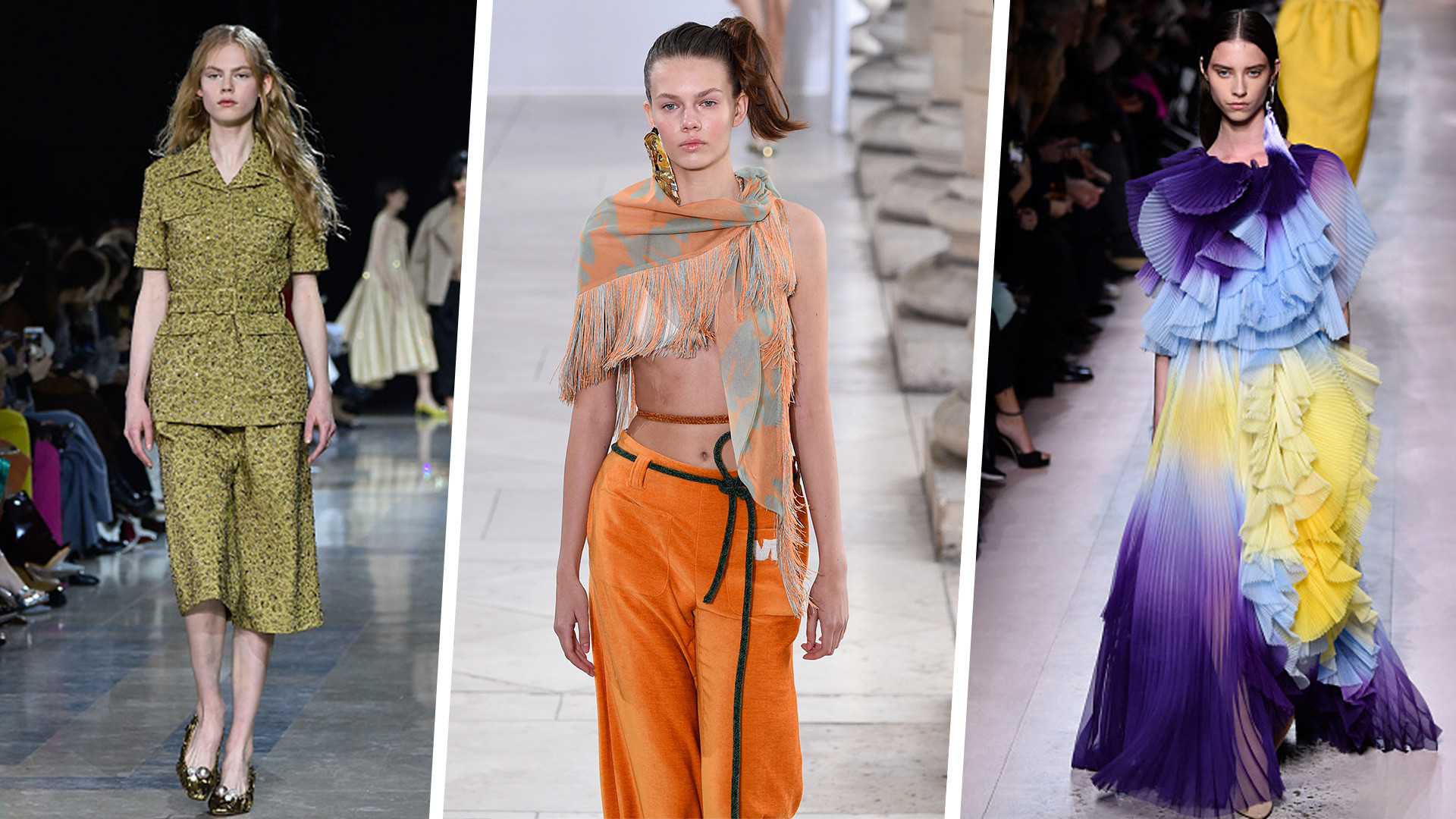 Getty Images
They combine their studies with shows for Armani, Dolce&Gabbana, and Prada, and their free time is spent on sport, opening art exhibitions, and dreaming of becoming a Victoria’s Secret angel. 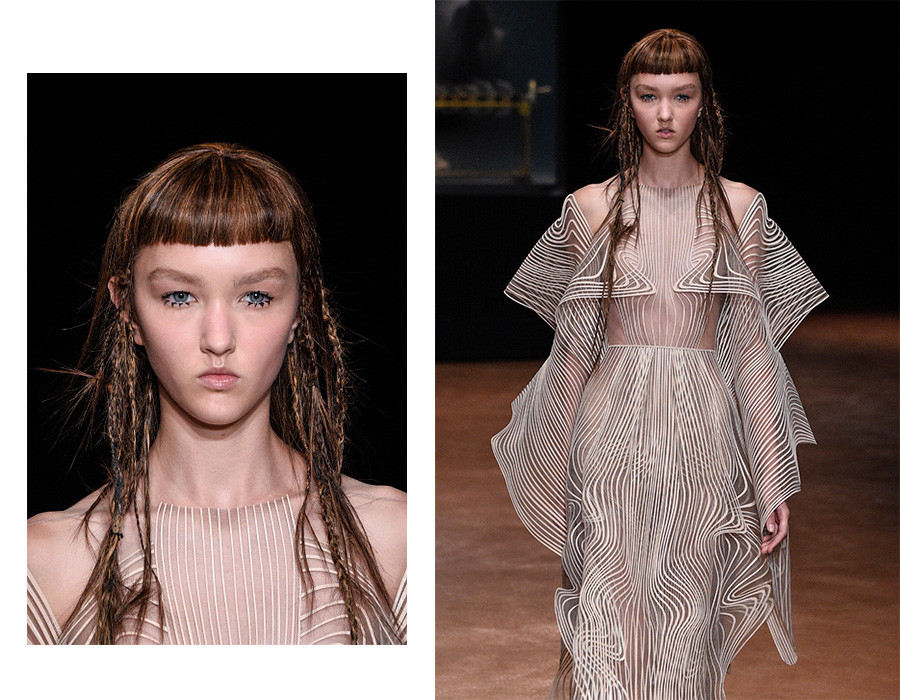 Lifelong skier Anastasia used to live in Tyumen (2,100 km from Moscow). She was spotted by an agent at a sports camp and invited to a casting. But the then 13-year-old Nastia stood 164 cm tall, not enough for the modeling business. She was invited back two years later, having grown, in her own words, by 10 cm. The agency immediately took her on.

Since then, she has taken part in shows for Prada, John Galliano, Lacoste, and other brands. 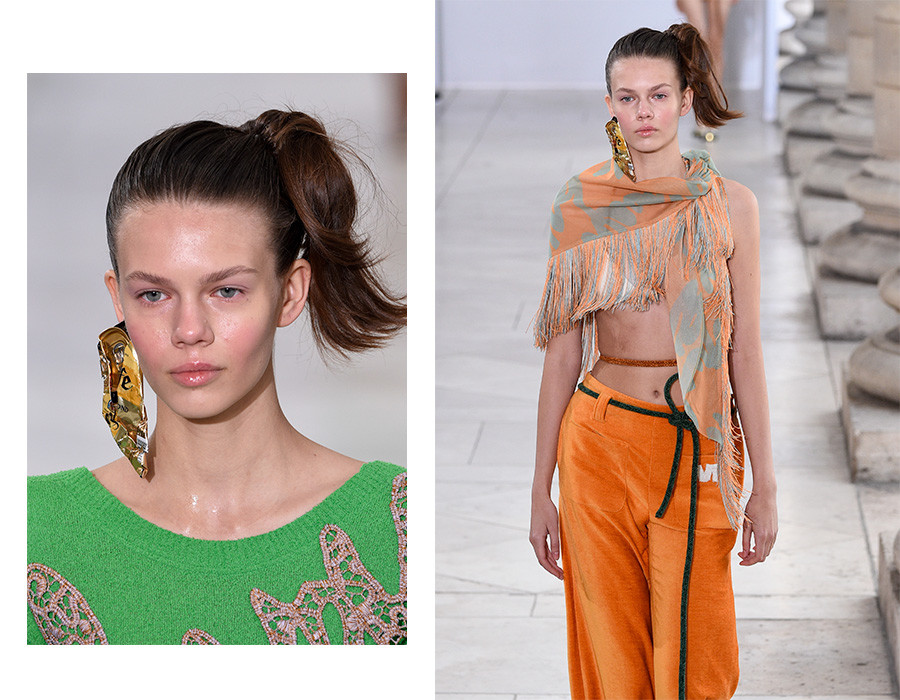 Hailing from St Petersburg, Ekaterina's dream was to become a make-up artist, but a trip to a beauty salon changed her plans. There to have her ears pierced, she ran into a talent scout from a modeling agency. It wasn’t long before she was taking part in the finals of Elite Model Look, one of the world's leading modeling contests, where she was spotted by Giorgio Armani and invited to a show in Moscow. She has since participated in fashion shows for Dolce&Gabbana, Marc Jacobs, Giorgio Armani, and other big names. Ten years on, her dream is now to become a Victoria’s Secret angel. 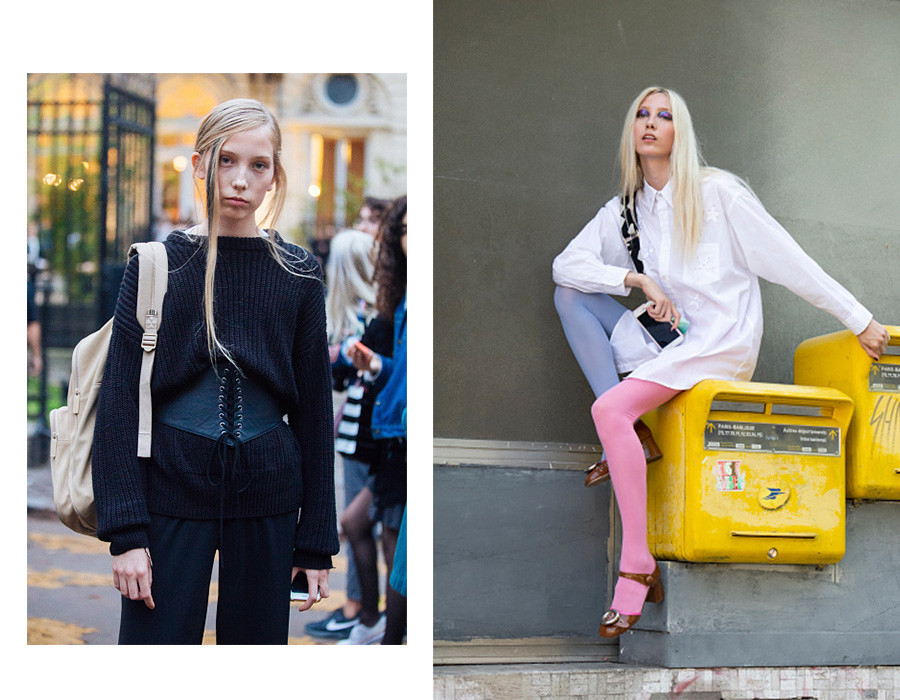 These twin sisters took an early interest in modeling, collecting fashion magazines, reading books about how to become a model, and creating their own “shows” using grandma’s clothes. In adolescence, with the right height and other stats, they ordered their first professional photo shoot and started sending pictures to modeling agencies. 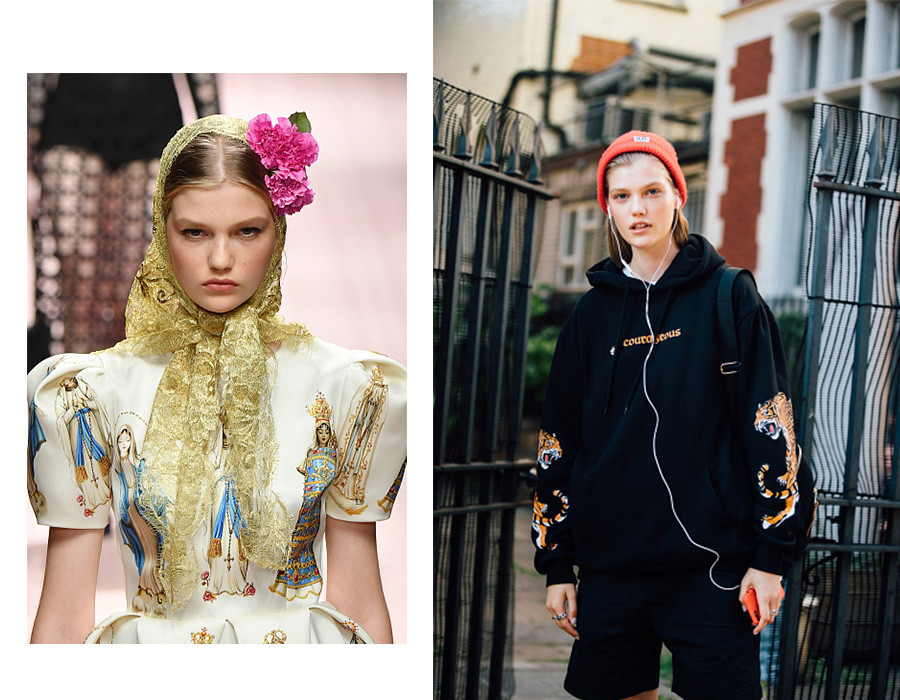 Victoria never thought about the modeling business. This girl from Izhevsk (1,200 km from Moscow) played football with boys and did karate, even earning a black belt. Her brother, Kirill, however, believed that Victoria's place was on the catwalk. So when she was messaged by an agent on social media, Kirill persuaded her to try out as a model.

Today, Victoria models for Saint Laurent, Dior, Chanel, and Lacoste. In her free time, she continues to do martial arts, as well as playing the drums and surfing. 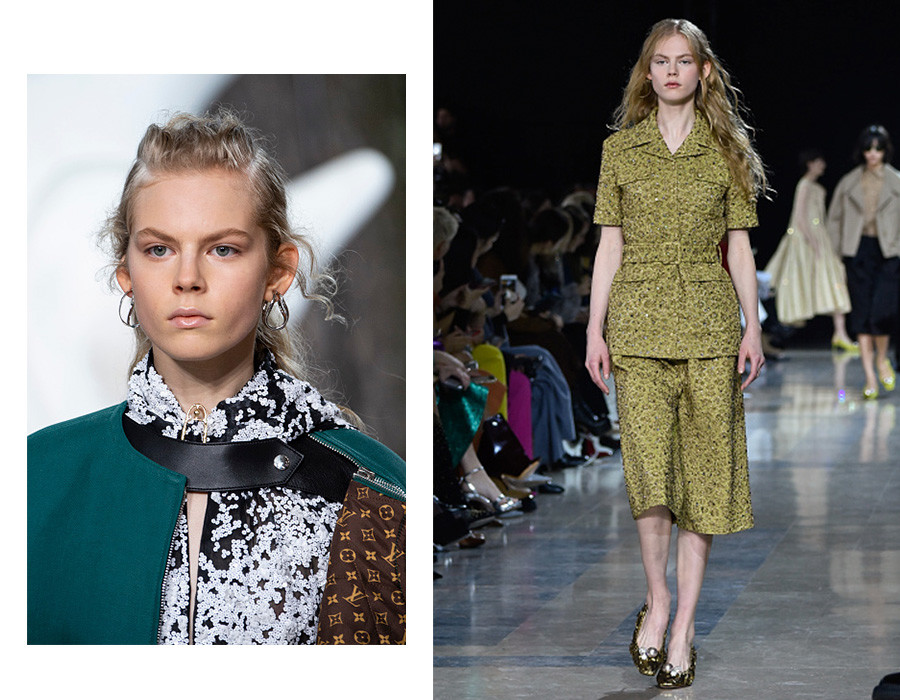 "Jolie means cute or beautiful in French. I have Belgian roots, so I had to use a piece of my heritage as a pseudonym,"  the “cute alien” explains her adopted name in an interview with Russian Voque.

She entered the business in 2016, responding to an agency’s casting call on Instagram; three months later, she signed a contract. She now models for Louis Vuitton, Valentino, Victoria Beckham, and Prada. Besides modeling, Jolie loves to paint. Her favorite artists include Jerome Bosch, symbolist Gustav Klimt, Aristarkh Lentulov, Pyotr Konchalovsky, and Vasily Kandinsky.

Her talent is such that in 2018 she opened her own exhibition in Moscow. 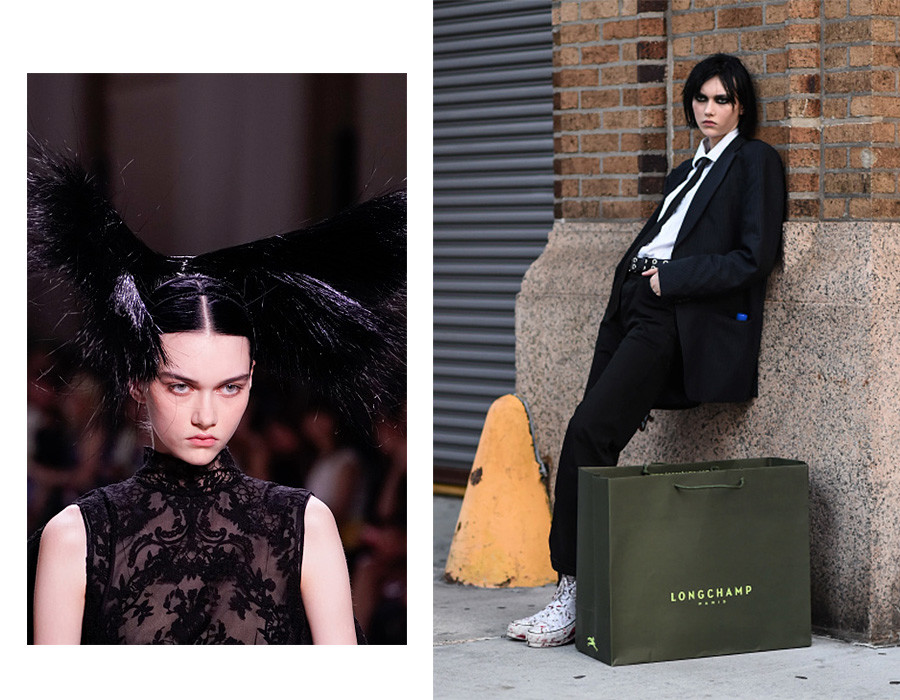 Sofia, from Novosibirsk, studied at art school and had no plans to become a model. At the age of 12, she was spotted by a scout from Avant Camp, and sent to one of the agency's modeling camps. There, she was chosen for her first job in Japan and Barcelona, ​followed by shows for world-famous brands including Givenchy, Louis Vuitton, Maison Margiela, Prada, and Versace. Sofia loves to listen to Limp Bizkit and Marilyn Manson. After her modeling career, she hopes to become a designer. 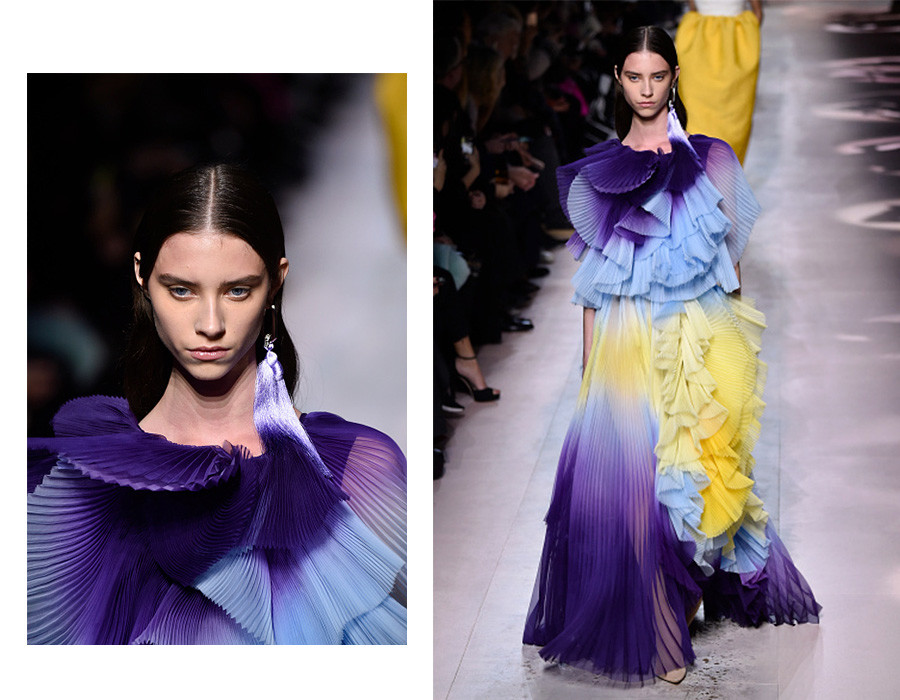 Sofia was born in Belgorod, and has been swimming since age 8.

“My world was swimsuits and flippers, and for me models were like from another planet,” she says in an interview with Elle.

How Sofia began her modeling career is shrouded in mystery, but at age 16 she debuted at a Calvin Klein show, where she was noticed by other fashion brands. She has twice been the face of a Marc Jacobs advertising campaign and has already modeled for Fendi, Dolce&Gabbana, Alexander McQueen, and others.