5 Russian-born politicians who made it big abroad 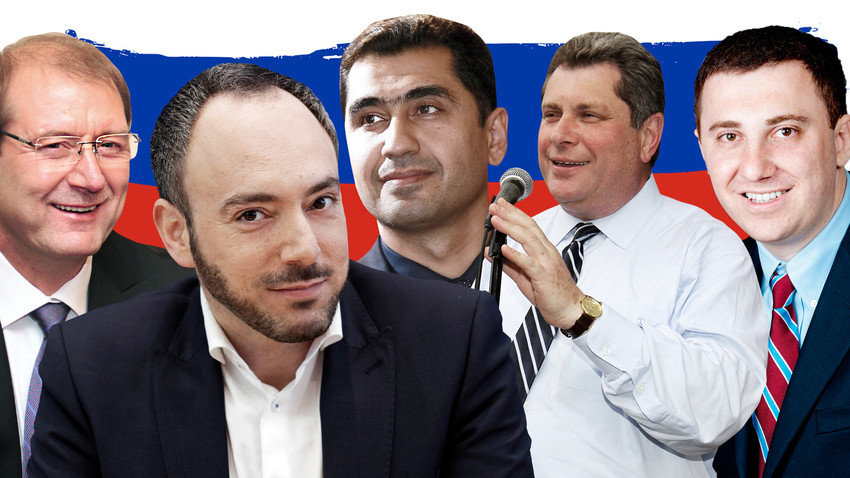 Global Look Press, Getty Images, NY State Senate, Mark Ifraimov
Russians have made their home in countries all over the world - but only a handful who were born in Russia have managed to achieve success in politics abroad. So far. 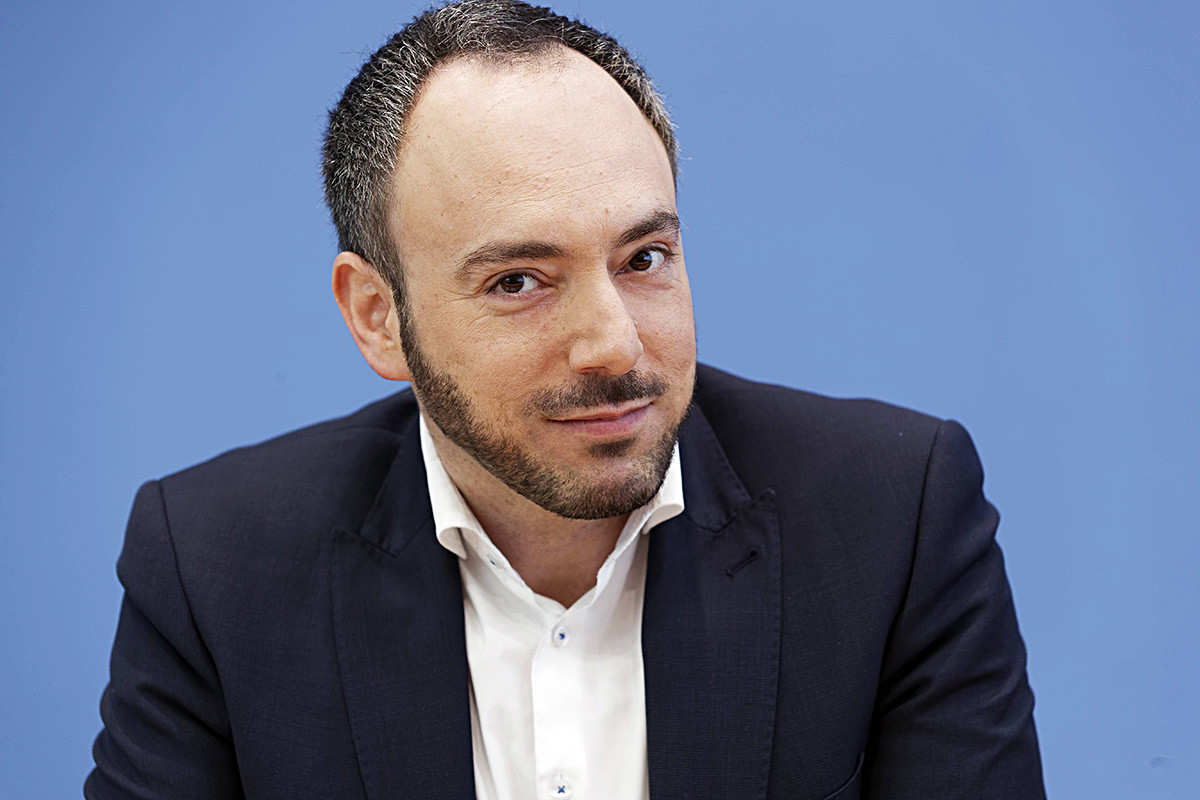 Office: Member of the European Parliament since 2019

Bio: Lagodinsky studied law at the University of Göttingen. He also attended Harvard University’s Kennedy School of Government in the United States, as well as Yale University World Fellows program, and was awarded a PhD in human rights by Humboldt University in Germany. He made a career as an attorney and a public policy scholar prior to being elected to the European Parliament to represent Germany.

Relationship with Russia: The family emigrated to Germany just short of the future politician’s 18th birthday. In a recent interview, Lagodinsky explained this decision by referring to the turmoil that followed the dissolution of the Soviet Union in the early 1990s.

In an interview with Deutsche Welle in Russian following his election, Lagodinsky acknowledged that he still considers Russia to be his homeland, but insisted that the question of identifying with one country was “very 20th century”. “It does not mean that I belong in Germany any less,” Lagodinsky said.

Additional info:  Among the politicians on our list, Lagodinsky is the most representative of the immigrant cohort that we call “Global Russians”. He left an already-independent Russia as an adult. In interviews, he sometimes recalls his family’s doubts after arriving in Germany, about the choice they had made. Lagodinsky has a modern perspective on the world: he’s lived, studied and worked in Germany and also in the United States, but openly acknowledges himself as Russian, communicates in Russian and comments on  Russian affairs. He is the only one on this list who was not elected by predominantly Russian-Speaking constituents - however, this may be because in the European Parliament elections in Germany voters choose parties, not individual candidates. 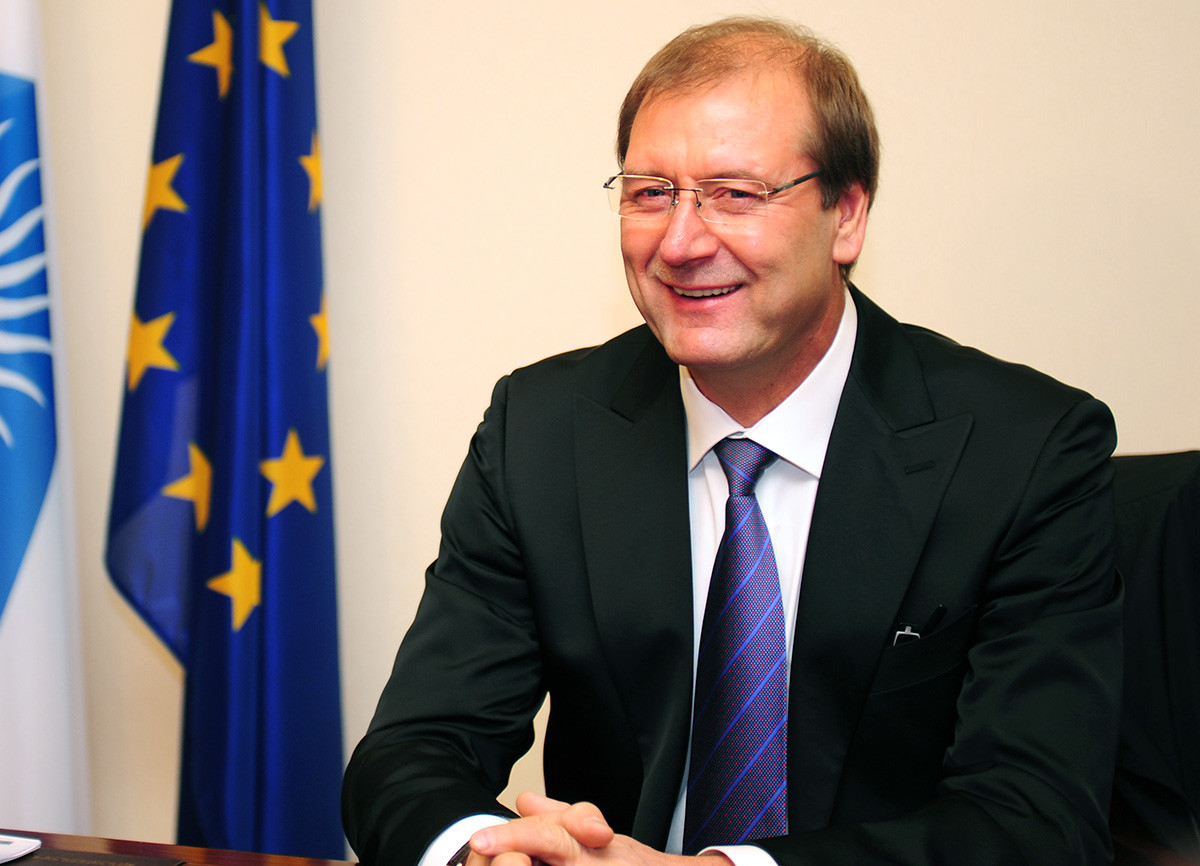 Year of emigration: 1985 (moved internally to Lithuania within the USSR)

Office: Member of the European Parliament since 2009

Bio: Allegedly the European Union’s first Russian-speaking MEP was born and raised in the Arkhangelsk region of Russia. At the age of 26 he relocated to Lithuania - then still part of the USSR - which later gained independence and joined the EU in 2004. He previously served as a member of the Lithuanian parliament, and as a minister of economic affairs in Lithuanian government.

Relationship with Russia: Even though he lived in Lithuania for 35 years, Uspaskich reportedly remains close to family members who still reside in Russia, and has visited Russia frequently over the years. Speaking to Russian media, he has put some of the opposition to his politics in Lithuania down to Russophobia, and acknowledged that he experiences a backlash as an ethnic Russian and a member of the Russian-speaking community, who entered politics representing what is now a NATO member state. At one particularly contentious point in his political career, Uspaskich returned to Russia and reportedly considered seeking political asylum.

Additional info: Uspaskich is the only notable successful Russian-speaking Lithuanian politician on a national and international level, even though the country’s population, by various estimates, is about 10% Russian-speaking (a substantial portion of that group don’t  hold Lithuanian citizenship and cannot vote). 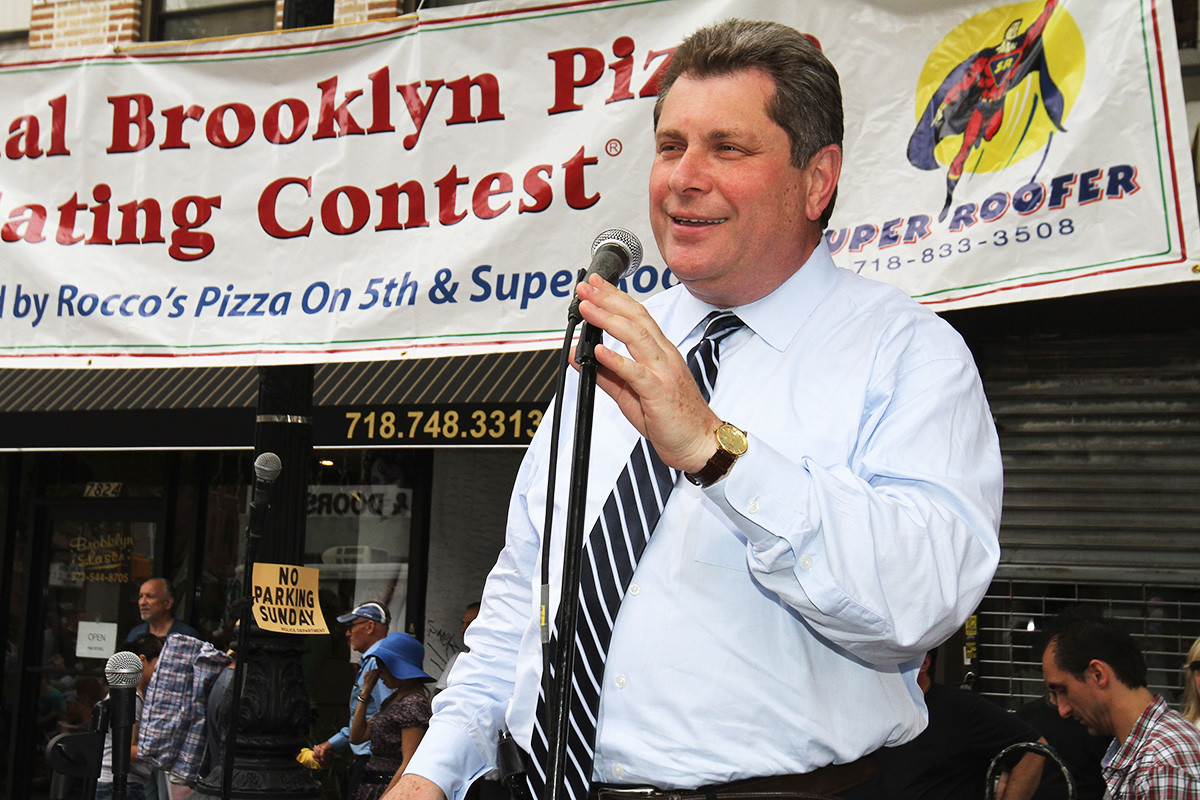 Bio: Brook-Krasny left the Soviet Union in 1989, during its collapse. At the time, he was 31 years old. He was propelled into public life in Brooklyn when he, with other Russian-speaking entrepreneurs, co-founded COJECO, an association of Russian-speaking Jewish immigrant groups. The Russian-speaking community in New York credits Krasny with a number of achievements on its behalf during his time in the state legislature, including passage of the law that recognised Russian as one of the state’s official languages.

Relationship with Russia: In his media interviews, Brook-Krasny frequently acknowledged that he remains a Muscovite at heart and loves Moscow, which he “misses a lot”. He said that, early on, his motivation for entering public life had been to try and improve the Russo-American relations, although he had since grown more pessimistic on this, because both communities were “too proud”. He said that it was hard to balance the interests of the Russian-speaking community and those who do not understand their language and their concerns.

Additional info: Muscovite Brook-Krasny has the badge as the first Russian-born politician to ever be elected to state-level office in the United States (no one Russian-born has ever been elected to US Congress). To this day, he remains the most successful ever Russian-born politician in the country where almost a million people self-identify as Russian-speaking, according to the 2010 Census. Less conservative estimates put the number of Russian-Americans between 3 and 5 million people, including US-born children of immigrants. The 2010 Census also suggests Russian speakers are well-educated (51% reported that they have at least a bachelor's degree) and well integrated (75% speak English “well” or “very well”). Yet, Brook-Krasny represented a district in Brooklyn that includes the famous Brighton Beach neighborhood, where his career was enabled exclusively by Russian votes. It would appear that an election of a Russian-speaker to a political office by non-Russian voters is still not possible in the United States, even though members of other immigrant groups have been elected nationwide in the past. 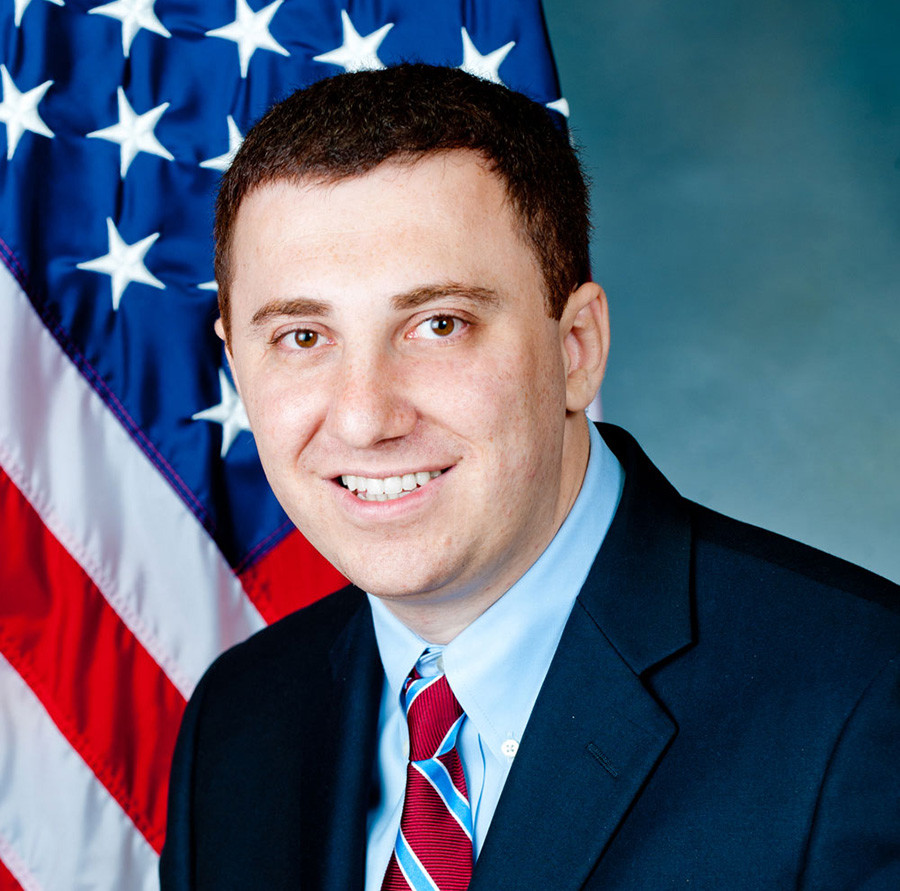 Bio: Russian-born attorney David Storobin showed early interest in politics and volunteered for Rudy Giuliani’s mayoral campaign as a teenager. He was elected to the New York State Senate in a special election in 2012, with the endorsement of the former mayor. He served until his seat was eliminated in subsequent redistricting. After his Senate seat was eliminated, Storobin ran for the New York City Council, but unsuccessfully. He has since left politics and has returned to legal practice.

Relationship with Russia: Storobin grew up in New York and has stayed away from Russia-related geopolitics, but has actively capitalized on being the member of the Russian-speaking community throughout his legal and political career. He is well-known as a Russian-speaking attorney, and ran for office in the district that includes the Brighton Beach area in Brooklyn (at the time when Brook-Krasny represented the same area in the State Assembly). Storobin still speaks Russian fluently as his native language. Due to his place of birth, he had reportedly faced Russophobic attacks during his election campaigns, even though his opponents had also been Russian-speaking (but not Russian-born).

Additional info: Storobin is another US politician whose career had been enabled exclusively by Russian votes. However, his short tenure may be explained not by the insufficiency of this support, but the fact that he represented the Republican Party, and stood on a very conservative social platform. It made it difficult for him to be re-elected in Brooklyn, a predominantly Democratic area. 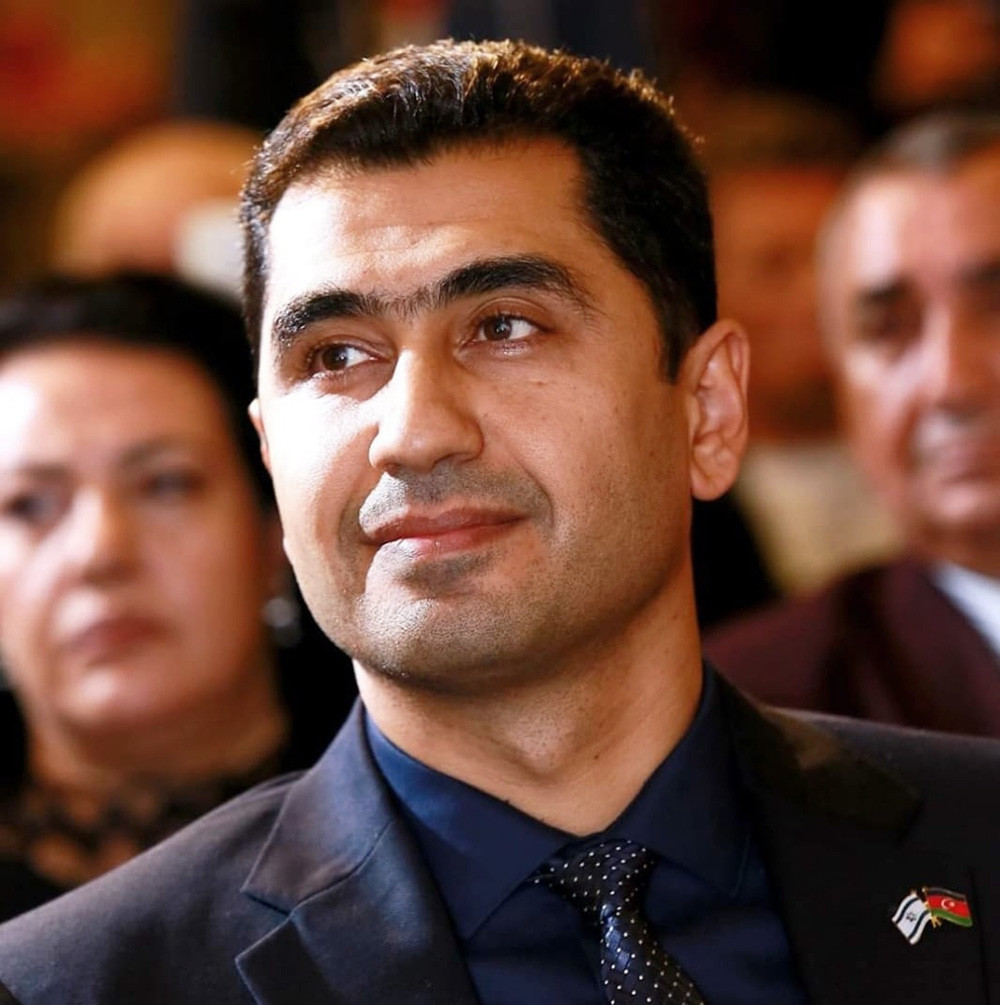 Office: Member of the Knesset since 2019

Bio: After immigrating to Israel as a teenager, Ifraimov studied behavioral science at Ben Gurion University and became a community activist and organiser in the city of Sderot. He served as deputy mayor of Sderot before being elected to the Knesset.

Relationship with Russia: Ifraimov spoke fondly of his childhood in Nalchik during a public event in 2019, remarking that he grew up in a multi-ethnic city, where at least 13 ethnic communities coexisted peacefully and cooperatively in the atmosphere of mutual respect. The politician visits Russia frequently, and participates in various events related to collaboration and cooperation between the countries. Ifraimov often speaks publicly about the cultural importance of the connection between immigrants to Israel, including himself, and their homeland, and in support of initiatives that bring Israel and Russia closer together. In a media interview in 2020, he praised Russia and personally President Putin for helping to keep the memory of the Holocaust alive.

Additional info: By some estimates, approximately 20% of the current population of Israel is Russia-born, which includes 15% of its eligible electorate. Remarkably, Ifraimov today is apparently the only Russian-born politician in the 120-seat Knesset, having made his ascent in 50% Russian-speaking Sderot. In the previous Knesset, the Russian-born contingent included two women: Ksenia Svetlova, a 42-year old Muscovite, professor of Arabic Studies and a daughter of a famed Russian art historian, and Sofa Landver, a Soviet-era emigre from Leningrad [now St. Petersburg], who had a long-term political career as Israel’s Immigration minister. Overall, Russian-born immigrants are notably under-represented in Israeli politics compared to their share in the country’s population.