Why are Russians so crazy about birch trees? 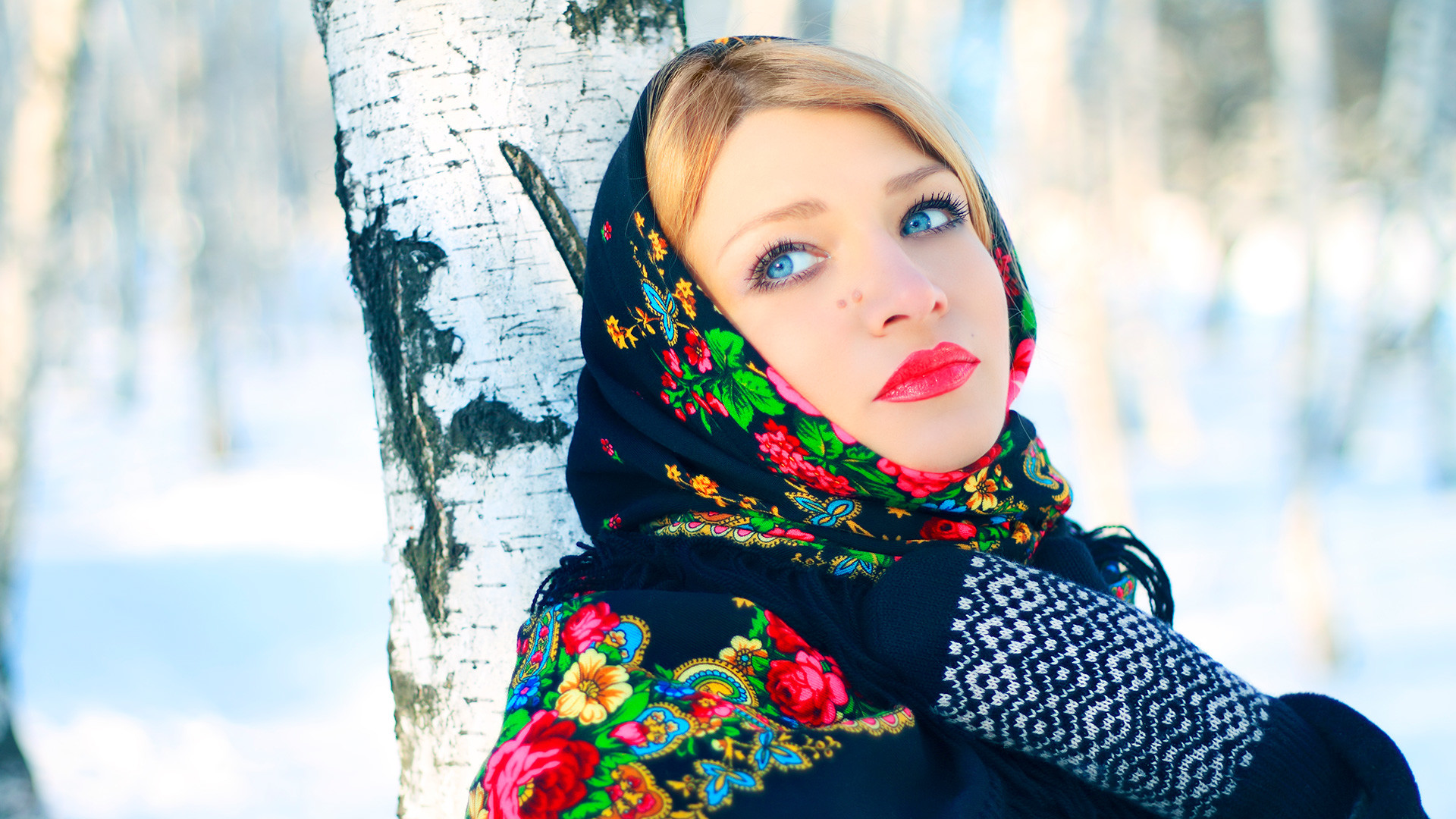 Getty Images
It’s considered a national symbol, a part of the culture and a sign of patriotism – all in one tree.

While traveling for a long time abroad, a Russian often misses his “native birches”. To hold a birch tree tight and cry... that’s the only thing a Russian wants to do in a melancholic mood. Why, you ask? It’s all because of the ancient Slavs.

As the birch tree was one of the most widespread trees across Central Russia, it was considered as a tree of “Russian nationality”. Ancient Slavs didn’t come across the massive Siberian fir forests until the 16th century expansion to Siberia - and a fir tree is actually not so easy to hug! 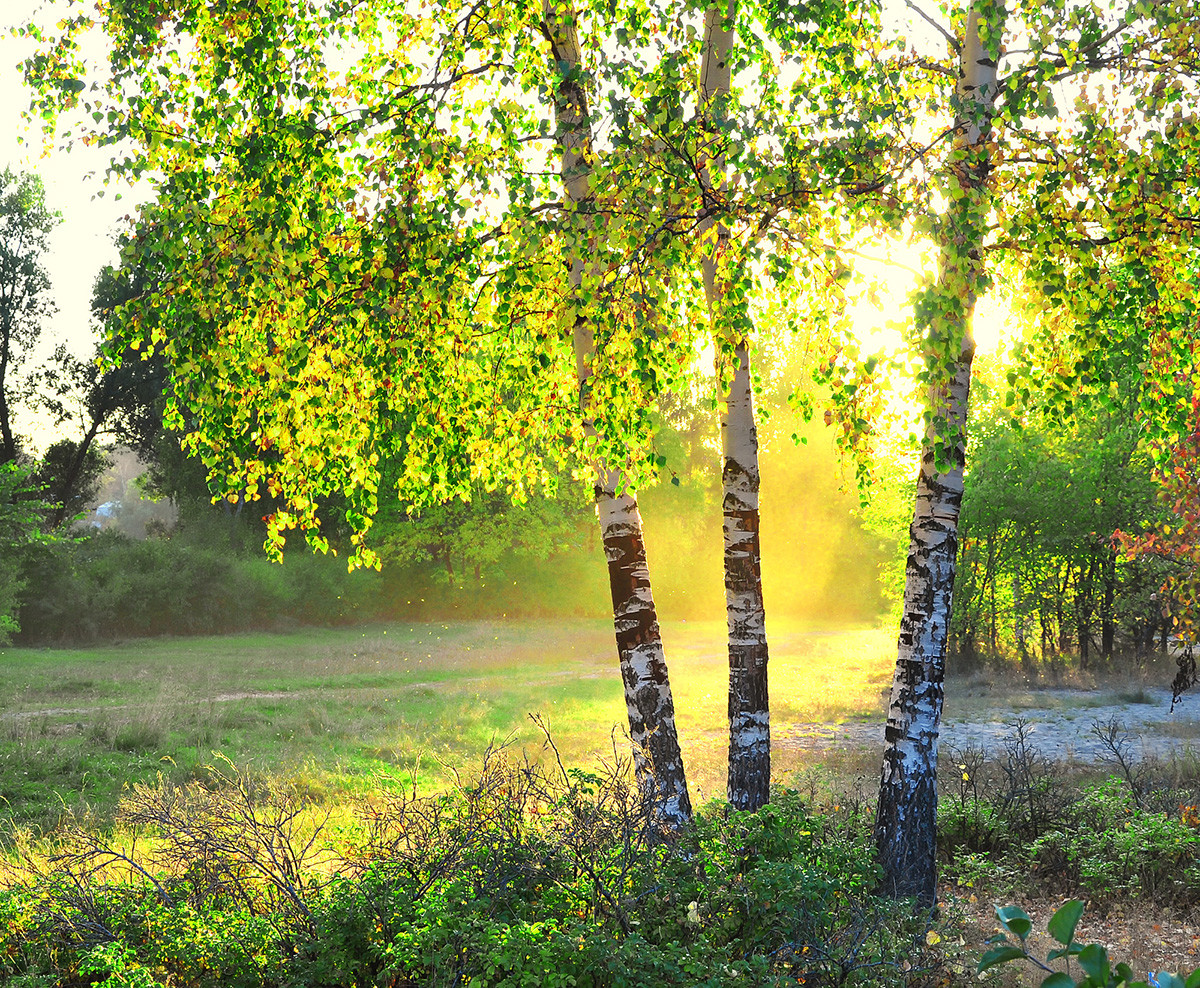 Sometimes even modern Russians are surprised that birches not only grow in Russia. How is it possible? Our birches!?

According to multiple folk proverbs and beliefs (described in Alexander Strizhev’s ‘Calendar of Russian Nature’ book), ancient pagan Slavs considered hugging a birch tree as a sign of good luck - it would also give you power and joy. Moreover, a birch tree was considered magical. 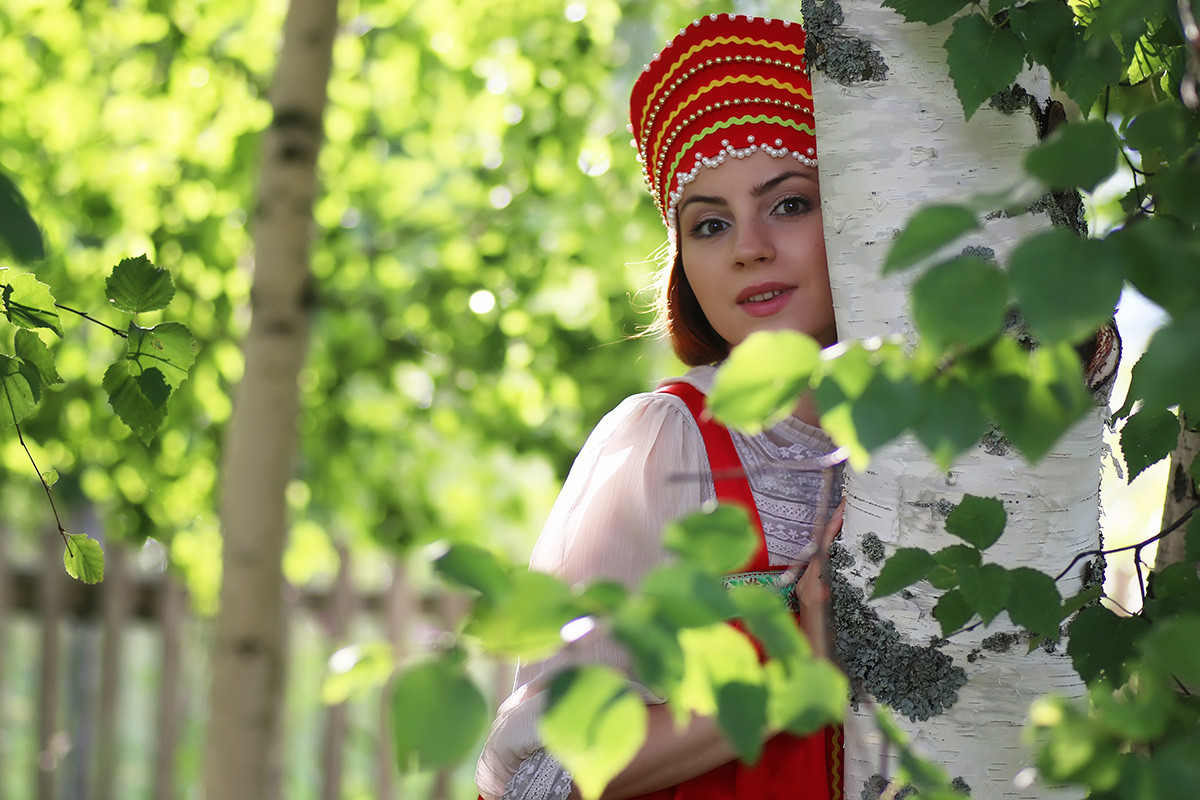 Birches were compared to humans - its thin trunk was frequently associated with a thin body of a young lady, while its spread boughs reminded of a girl’s braids. A birch also has catkins, or flowers, that are called ‘earrings’ in Russian, just because it reminded ancient Russians about girl’s accessories.

Ancient Russians also considered that the birch tree had curative features - they drank “broth” squeezed out of its leaves and flower buds.

This is how a Russian's paradise looks like: Birches and churches

They made besoms from leafy birch branches and used them in the banya for scent and therapeutic beating (which was actually an ancient spa procedure that is still popular today). At the same time, birch tar was used for cleaning before soap came to Russia - and is still used in natural cosmetics. 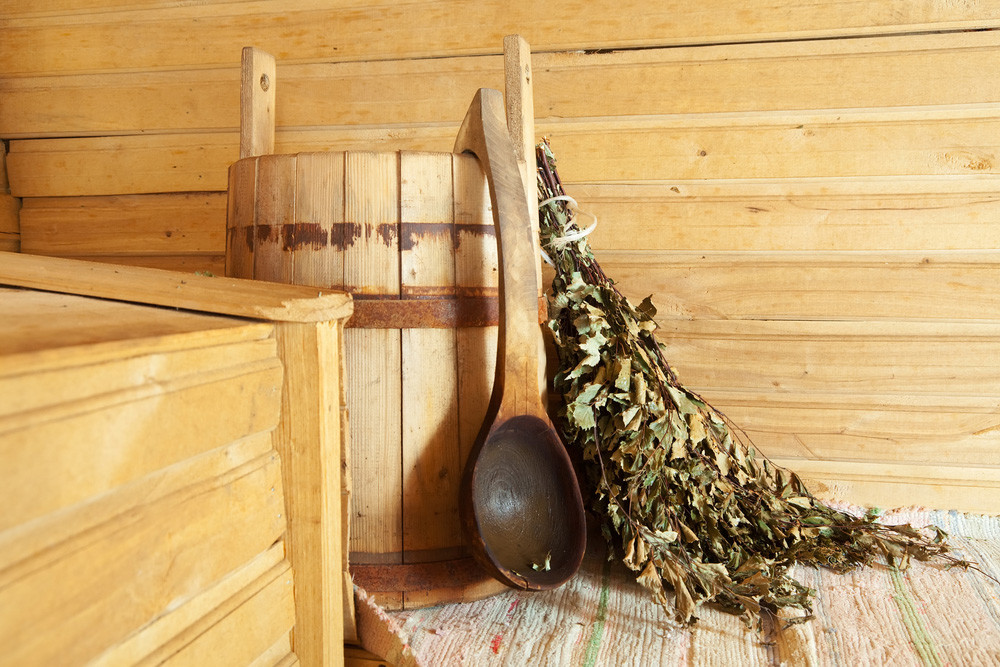 However, lots of Russians are allergic to the birch tree’s spring blossoming. Well, maybe they once smelled it too heavily!

Slavs burned birches in their stoves for heating, they produced boats, crockery and furniture from it. Birch barks were used widely - they were soft enough for carving and braiding, so it suited perfectly for decoration and design. 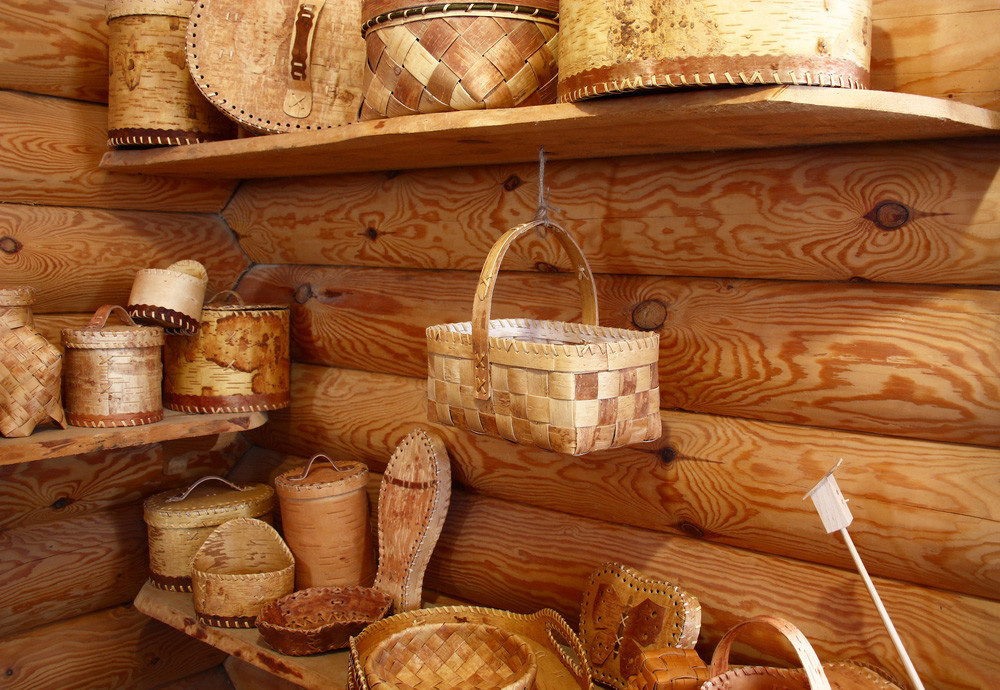 Birch bark souvenirs are still very popular in many ancient Russian cities. It was also used as manuscripts in 11-15th centuries before the mass production of paper began.

And finally: Russian peasants would make their bast shoes from birch barks up until as recently as the 1930s!

A special place in Russians’ hearts belongs to the birch’s juice. It’s extracted by making small cuts in the birch bark and, once cut open, it can drip for several weeks. It is transparent and has a sweet taste, so it is usually preserved and used as conservant, as well. 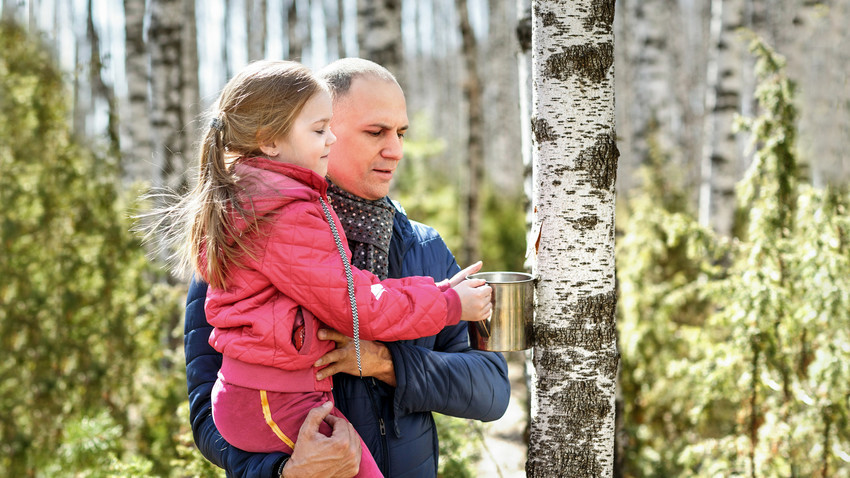 Birch juice got a new wave of popularity in Soviet Union, especially after the Second World War, as it was an affordable source of sugar for people who suffered from hunger for a long time.

‘White birches’ is popular image in literature and art

“A white birch” was praised a lot in Russian literature. In folklore, there were usually lots of riddles devoted to birches. “It doesn’t bother about the weather but wears a white dress”; “Green but not meadow, it’s white but not snow, curly but not head”, “Russian beauty stands on a glade, birds were flying by and sat on her braids”.

And there’s also a man who simply canonized the birch tree in Russian literature. It was Sergei Yesenin, usually referred to as a “main peasant poet”. He was born in the land of birches - in the village of Konstantinovo in Ryazan Region (200 km south of Moscow) and when he left home, he felt a strong nostalgia for his native fields and birches. So he wrote a dozen poems about birches and nature, and called Russia “the land of birch calico”.

Here’s his most well-known poem about the birch tree he wrote in 1913 - that every Russian knows by heart:

Under my window
Tucked in the snow
White birch retired
Clad in silver glow.

On the fluffy branches
Snowy-trim with silver-tinge
Melted around catkins
Forming white fringe.

Meanwhile, lazily
Strolling around,
Dawn threw more “silver”
On the twigs (and ground).

Then there were numerous artists who painted endless paintings with birch trees showing landscapes with sad, lonely birches… 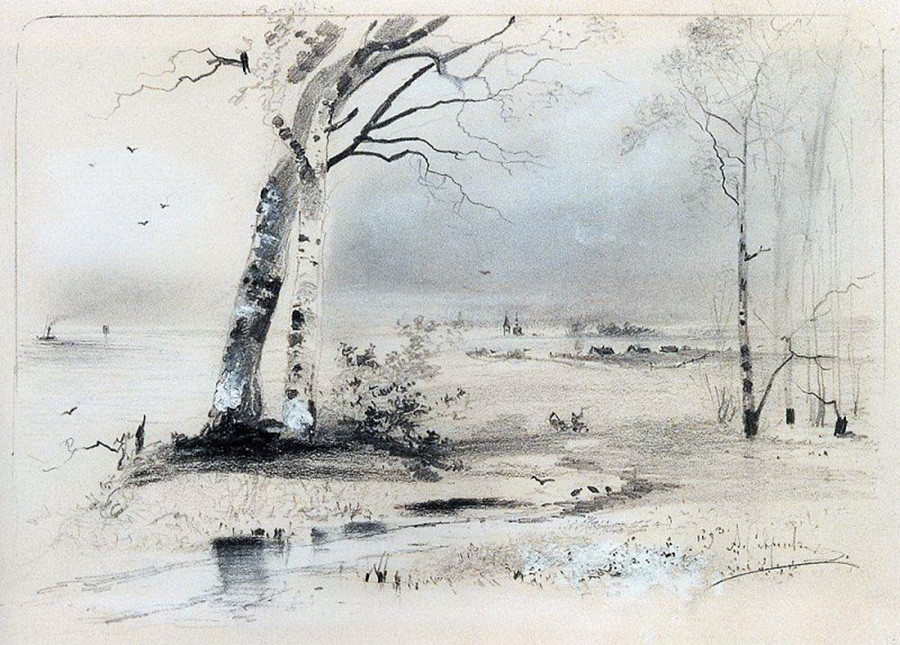 ...or beautiful and lush groves, where you can find shade from the summer sun (by the way, birch barks always remain cold! Even if it’s very hot outside.). 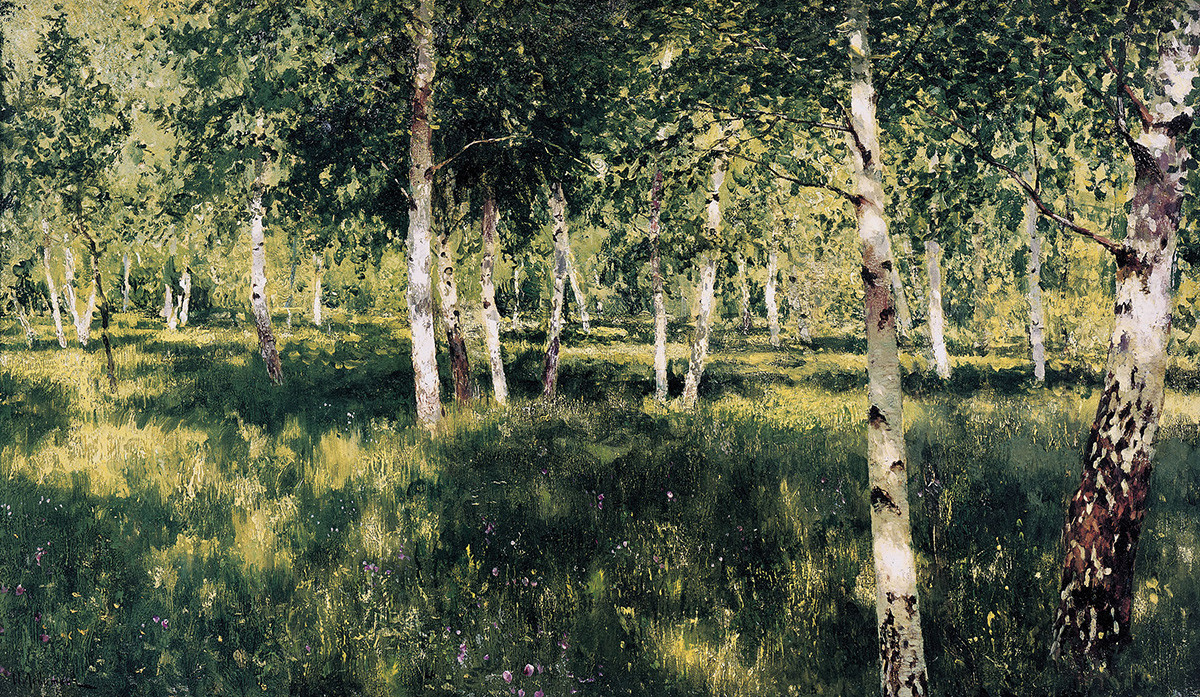 Finally, birches make for a perfectly golden autumn, which all poets and artists adored, praising all those golden and reddish leaves.

Modern Russians would never confess they hug birch trees on a daily basis. However, some of us have done it or at least thought of it. And for sure, when we see those leaves and branches trembling by the wind, our harsh northern hearts melt.

And the one certain sign that Russians love birches is the fact that they make fun of it, even creating “go hug a birch” memes and jokes. 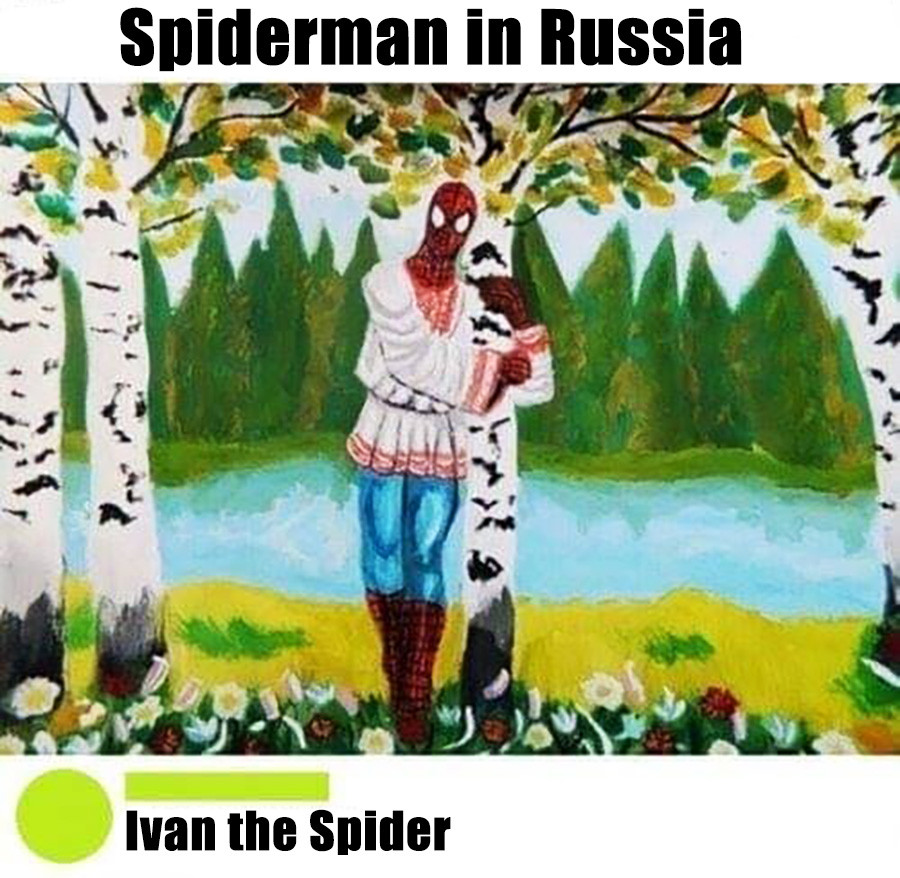 Popular Russian actor Sergei Bezrukov is jokingly considered to be the main birch lover and hugger. He has portrayed Yesenin in tv shows, theater performances and has given numerous concerts reading his poems (featuring birches, of course) and singing songs based on them. 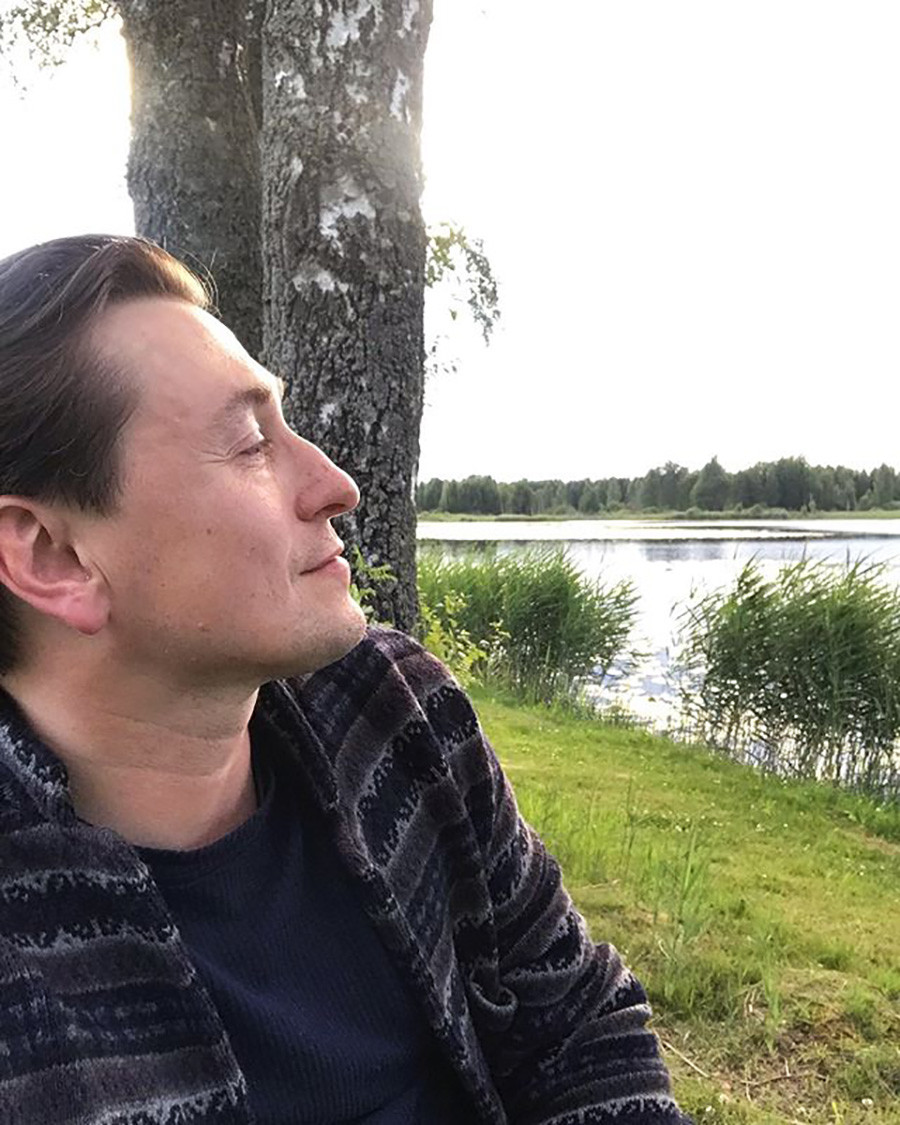 There is also a famous Russian music band called LUBE (apparently, Putin’s favorite band, no less!) who sing patriotic songs and one of their most popular is ‘Why are birches so rustling in Russia’.

Here is a combo - a music video where Bezrukov sings a LUBE song in a series where he plays a policeman in a Russian village. Everything is just perfect here. But beware! A Russian can spontaneously start crying listening to this!