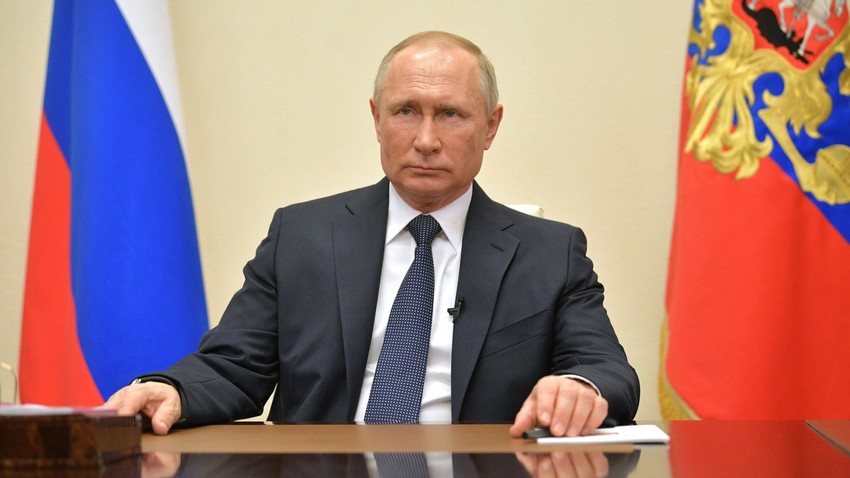 Kremlin.ru
President Vladimir Putin has extended the paid off-work period to at least April 30 in his second national video address in the wake of the coronavirus pandemic. Thanking the doctors and emergency services for their tireless efforts, the president delivered the following remarks.

1. The peak of the epidemic still lies ahead of us

“We must understand that the danger remains… The peak has still not passed in the world - including in our own country.” Putin added to this that the important work already done has allowed Russia to keep its number of cases at a relatively low level. Meanwhile, the stringent measures enacted thus far have “allowed us time to fight the epidemic using both our own and other countries’ expertise”, the president said, adding that the most high-risk groups are being taken care of in a coordinated manner.

2. Non-working period is being extended to April 30

The president has announced that the paid non-working period will be extended to the end of April, declaring also another paid off-work week after this, starting April 6. Putin added that there’s a possibility that the off-work period will not need to be extended all the way to April 30, but that time will tell. The president hopes that this combination of vacation time and self-isolation will allow Russia to “buy time for proactive measures.”

Regional governments, meanwhile, will have to rely on their own decision-making as to their exact self-isolation and non-working periods. Any additional measures, however, must be discussed with Moscow.

3. All information regarding the virus centralized

The Russian president emphasized the importance of a coordinated approach at the municipal, regional and federal levels. All information and updated data will be processed by the recently established information center for monitoring the coronavirus in Moscow.

4. People’s welfare and the economy

While people’s wellbeing remains a top national priority, Putin stressed that stabilizing the economy “remains one of our most crucial objectives.”

On April 2, the official figure for patients afflicted by COVID-19 has reached 3,548, which is a rise of 771 from the previous night. The death toll in Russia presently stands at 30.