How are Russians different to other nationalities? (we asked the Russians) 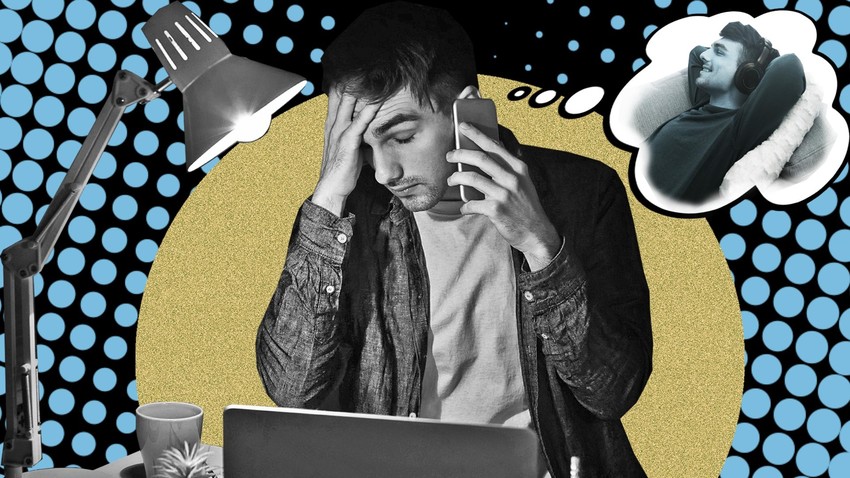 Legion Media
From a special attitude towards friendship to a tendency to leave everything to the last minute, Russians share their thoughts on what makes them so “different”.

Russians are cold-hearted, rude, and not fond of smiling - that’s what people have become used to seeing on TV. Vodka, caviar and earflap hats have been the key symbols that helped to unmistakably portray the stereotypical “Russian” in movies and shows for everyone in the world to instantly recognize.

Yet, as we said before, many of such oversimplified stereotypes are either not true or incredibly outdated. And though the “mysterious Russian soul” as a term has proven to be very resilient - who actually knows what it’s about?

To give you a fresher look on the Russian mentality and its unique features, we’ve decided to ask Russians with extensive experience living abroad or communicating with foreigners to share what they think is unique about their own ethnic psychology, as compared to others. From a peculiar attitude to friendship to a tendency to procrastinate, here is what they said.

“First, we, Russians, have a ‘big soul’ and we will give everything to someone we like. We love to talk about personal stuff, which, in the eyes of a foreigner, might seem too much. Second, there is fatalism i.e. ‘One cannot avoid one’s fate… We need to go buy some wine.’ And third, there is laziness: ‘I could actually fly to space, but there is a cat lying on my chest.’”  (Olga, flight attendant from St. Petersburg)

“We have a special attitude towards friendship. (Otherwise, why would we have three different categories for people we know: friends, mates, and acquaintances?) If we consider a person to be our friend, we’ll be ready to do anything to help them, give them our ‘last shirt’. Plus, we are rather jealous - we want attention from our friends and get upset if he or she has not called in a while, for instance. It’s also important for us to discuss our personal life with someone, heart to heart. Many Russians ask: ‘Why do we need psychologists if we can talk to a friend?’"  (Sasha, journalist from Moscow)

“Our ‘Russian soul’ was very much formed (…) after 1917.‘Equality’ was the main principle of communication in society, so being naturally open-hearted, we developed such untranslatable qualities as "panibratstvo" (cronyism). Simply put, a very-very-very short distance between you and a person you see for the first time in your life. Ask me how many love stories I have had in my life - I will not hesitate to count sincerely and tell you openly. But at the same time, we would be shocked by foreign impoliteness when hearing questions about our income.

Continuing the list: we are the biggest fatalists in the world, I think. Even in genetics, we believe not like you would a science, but more like a predestined future. Maybe that is why many people from abroad trying to find a partner for life in Russia should never be upset if something goes wrong. It's just not your fate! Try again!”  (Arina, tourist guide from St. Petersburg)

“It’s hard for us to plan our work/life long-term. If we have a deadline on Sunday and today is Monday, we won’t be arranging our workload to complete part of it on Tuesday, then Wednesday, and so on. We’ll do nothing but think and worry about it. It will be on the last night on Sunday (before the deadline) when everything will start! Under immense pressure and terrible stress, the work will finally be done. It’s only in these kinds of crisis situations (under remarkable external pressure) that we thrive, and our creative and managerial talents produce the most results.”  (Vsevolod, top manager from Moscow)

“In addition to the inability to plan ahead, we are quite spontaneous. It’s usual for us to suddenly decide to go somewhere for the weekend or call our friends and invite them to meet on that same day. I know that for some foreigners it’s surprising because they plan such gatherings three weeks in advance. Plus, I noticed that many Russians are sleepyheads. If, on a weekend day, you come to a shop/museum/park at 10 am, you’ll see no one there. In Japan, for instance, everyone will be long up and busy doing their errands.”  (Natalia, editor from Moscow, who lived in Japan)

“I think Russians are very unyielding. And this perseverance presents itself in their ability to achieve their goals. Plus, there is our logical thinking. For the past five years, I’ve been organizing quests in such a multinational city like Montreal and I’ve seen many different people and their approaches to solving problems and puzzles. So I can say that one can easily spot Russians because of their logical thinking. At first, we were preparing our games without any kind of experience, and mostly saw Russians coming. Then we tried to tweak the puzzles so that they would suit everyone. Another example of this is that I have quite a lot of friends, both Russians and non-Russians, and it’s mostly Russians who like to play chess."  (Alexander, entrepreneur from Moscow, founder of escape room game company in Canada)

“Having met many people from different countries, I’ve come to the conclusion that it’s not really about a certain nationality but about a particular personality. We all are very much alike. Yet, if we take the masses, I’d say that Russians abroad tend to stick together: they would prefer to create their own circle of Russian friends rather than learn more about a new culture and do their best to be a part of it. I saw this very clearly in Russians and Chinese.”  (Viktoria, project manager from Moscow who lived and worked in the U.S.)

“Russian people are known for their bravery, which sometimes might lead to problems but still allows us to overcome many of the challenges. Kids learn ‘to be a Russian’ from childhood: from catchy phrases to eating habits, from external distrust of outsiders to the memorable evenings at the kitchen table with a glass of something. We are proud of our soulfulness. Play songs on guitar, meet for a shashlik barbecue and jump into icy water during freezing winters. A Russian person understands that all material things are there to enjoy them - one can only find real happiness in being with people, family, and nature... We have the most unusual culture in the world because it's only in our country where a physicist, a miner and a businessman can sit down together at one table and instantly start talking about Pushkin and Mayakosky’s poems.”  (Daniil, entrepreneur from St. Petersburg, currently residing in Canada)

“I think Russians in general don’t like to follow the rules. As soon as one needs to do it, they instantly start to think of ways to circumvent the rule. Plus, many Russians don’t live within their means. They prefer to live ‘here and now’ and buy things that they cannot afford, be it to impress someone or possess the same things that other people have. And it’s OK to get a loan for that. ‘We have no money but at least we’ll enjoy our lives for a bit and see how it goes, somehow we’ll manage’. Hence, the conclusion that Russians have low financial literacy and are unable to plan their budget. This also points to a certain national trait - ‘We live only once so we need to enjoy it’."  (Svetoslava, editor from Moscow)

“We can’t live without 24-hour shops and it’s not only grocery stores (I’ve been asked by Estonians whether it’s true that one can buy tiles in Moscow at 3 am at night). Also, we very quickly get used to new digital services. For example, one of my friends has a boyfriend from Germany, and he was stunned when he heard that she can pay a fine online with one click while he first has to go to the post office, then to an ATM and only then pay the fine in cash at the bank. My other friend told me that she and her husband had to cross half the U.S. to find a place where it was possible to buy something via Apple Pay - they found only one, at the Apple Campus.”  (Julia, producer from Moscow)