Why St. Petersburg was once called Leningrad and other names 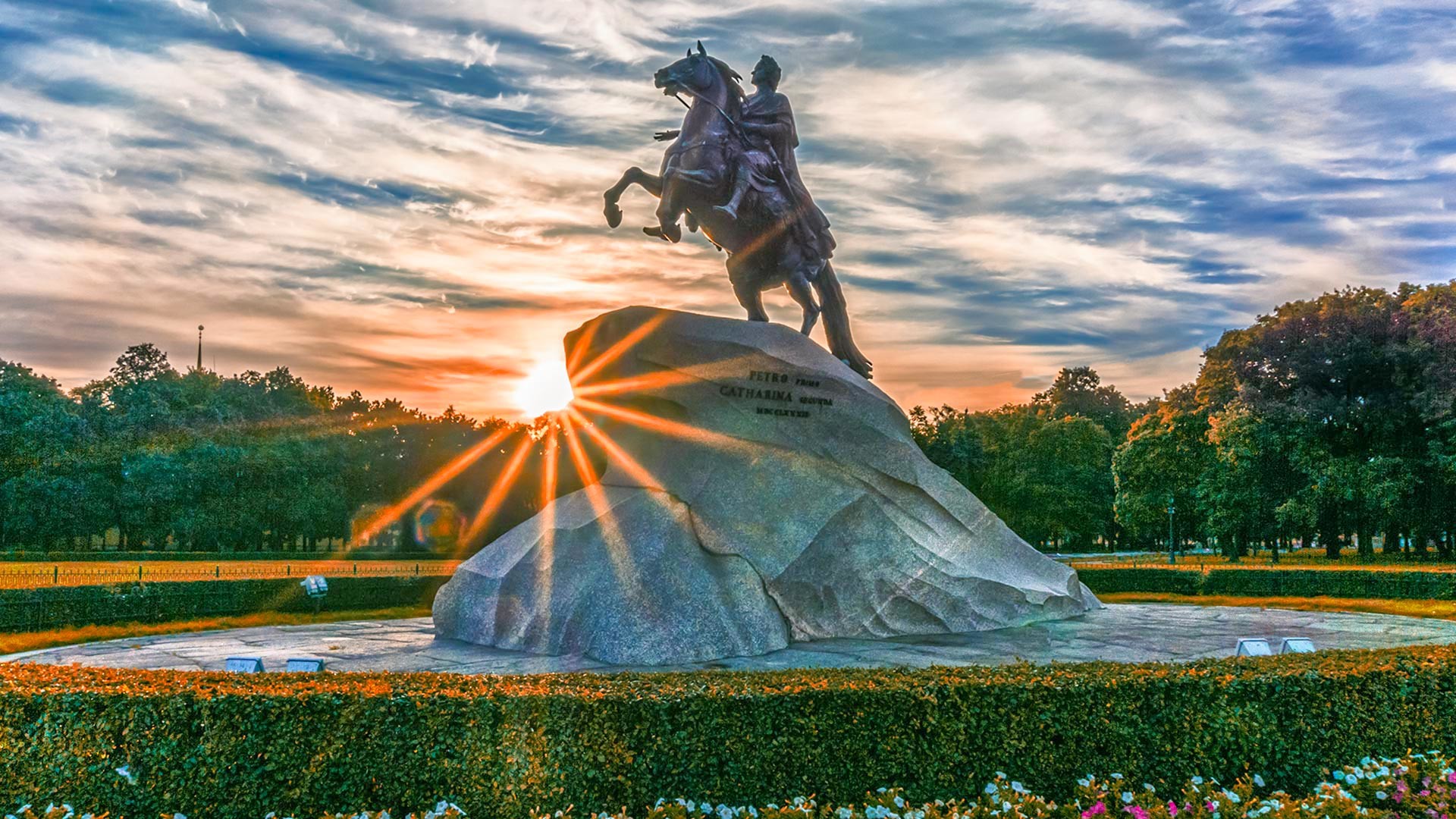 fitzgeraldbc/Pixabay
Soviet leaders wanted to negate Russia’s imperial past, and so they renamed the city in honor of the man who was the driving force behind the Bolshevik Revolution. However, that was not the only time the city changed its name.

The city of Saint Peter 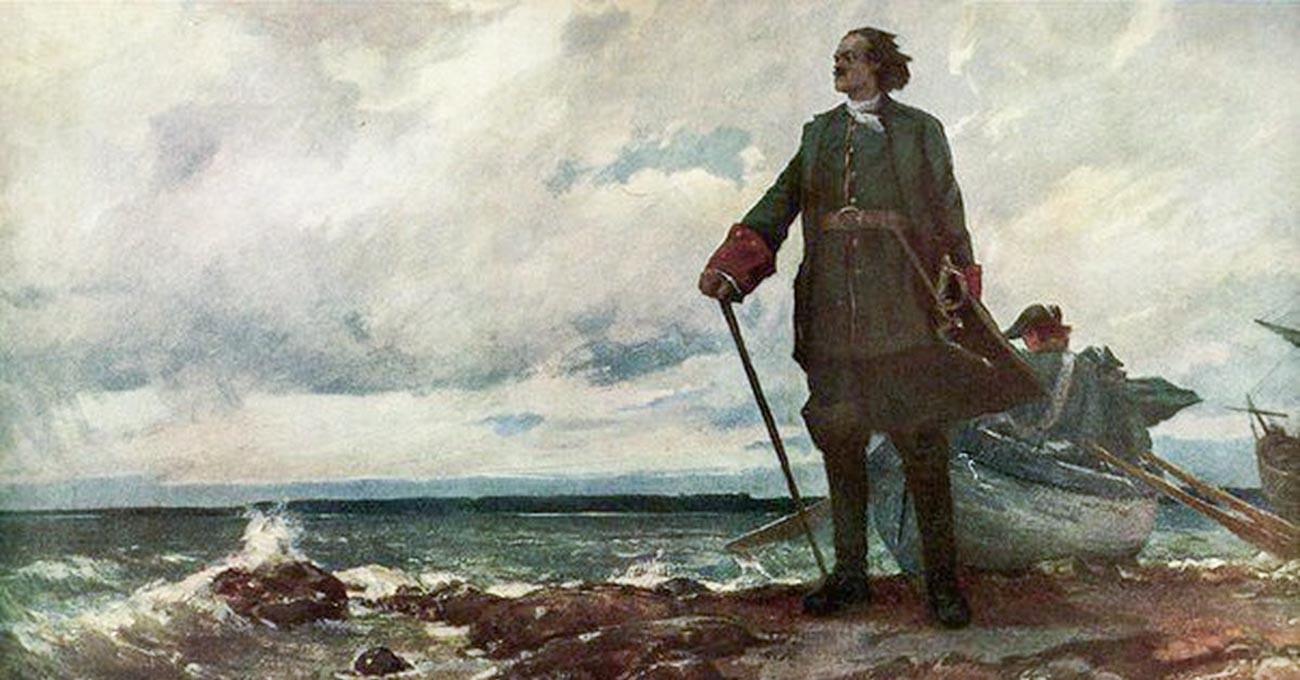 Peter the Great was the first Russian ruler to appreciate Europe and its progress, and so he traveled across England, The Netherlands, Austria and other countries. There, he saw and learned ship building  and naval science, as well as the customs and dress of the royal courts.

Founding his new capital on a swamp in the delta of the Neva River in the Russian North, Peter wanted to get closer to his Swedish neighbors - and to Europe as a whole. In his famous poem "The Bronze Horseman" poet Alexander Pushkin writes that the Emperor wanted to open ‘the gate to Europe’ and gain access to the Baltic Sea. 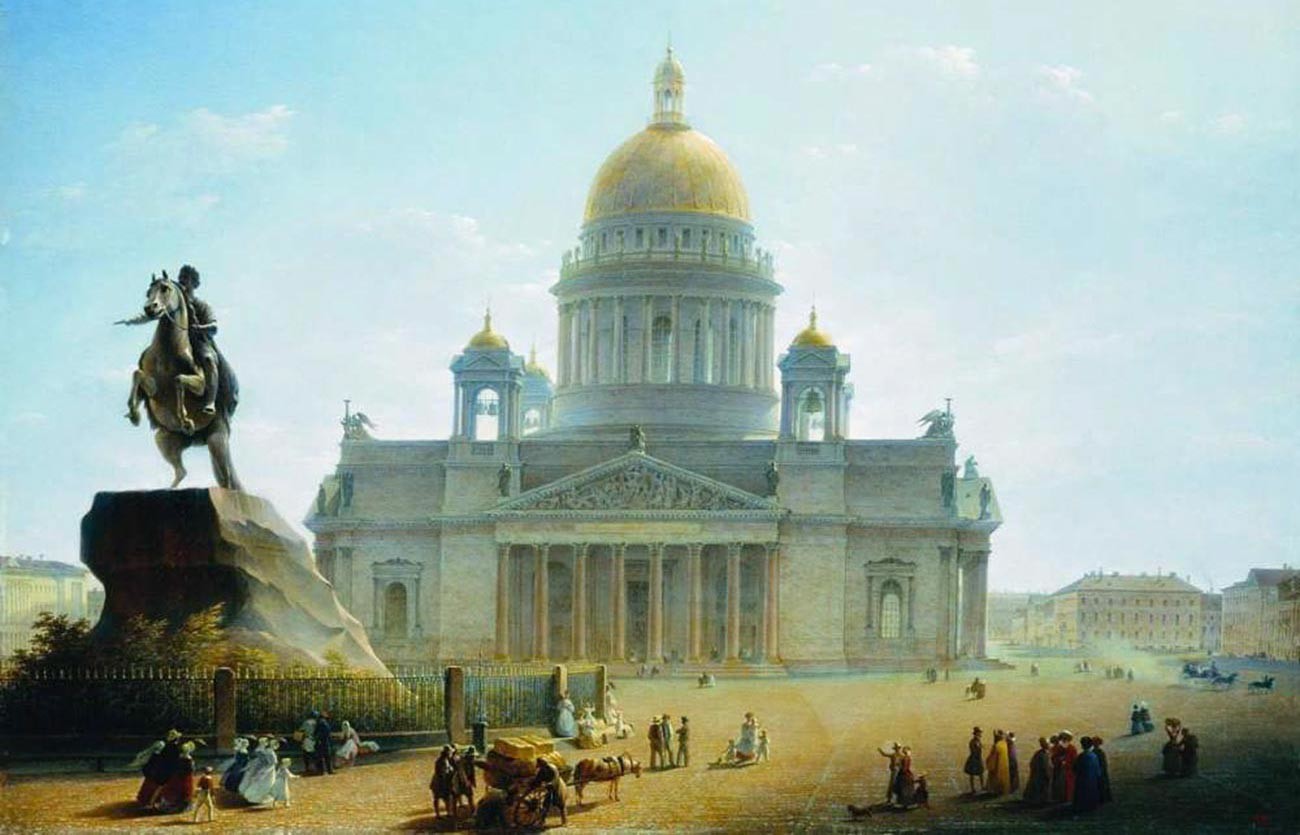 To take his claim further, Peter gave the city one of the most ‘European’ names possible. The title honors Saint Peter the Apostle, which the Emperor considered as his own heavenly patron. As Peter the Great was a fan of the Netherlands, he firstly named the city ‘Sankt Pieter Burkh’ in the Dutch manner. Since those times, people got used to shortening it as Pieter (Piter) and which still is the most popular nickname for the city. 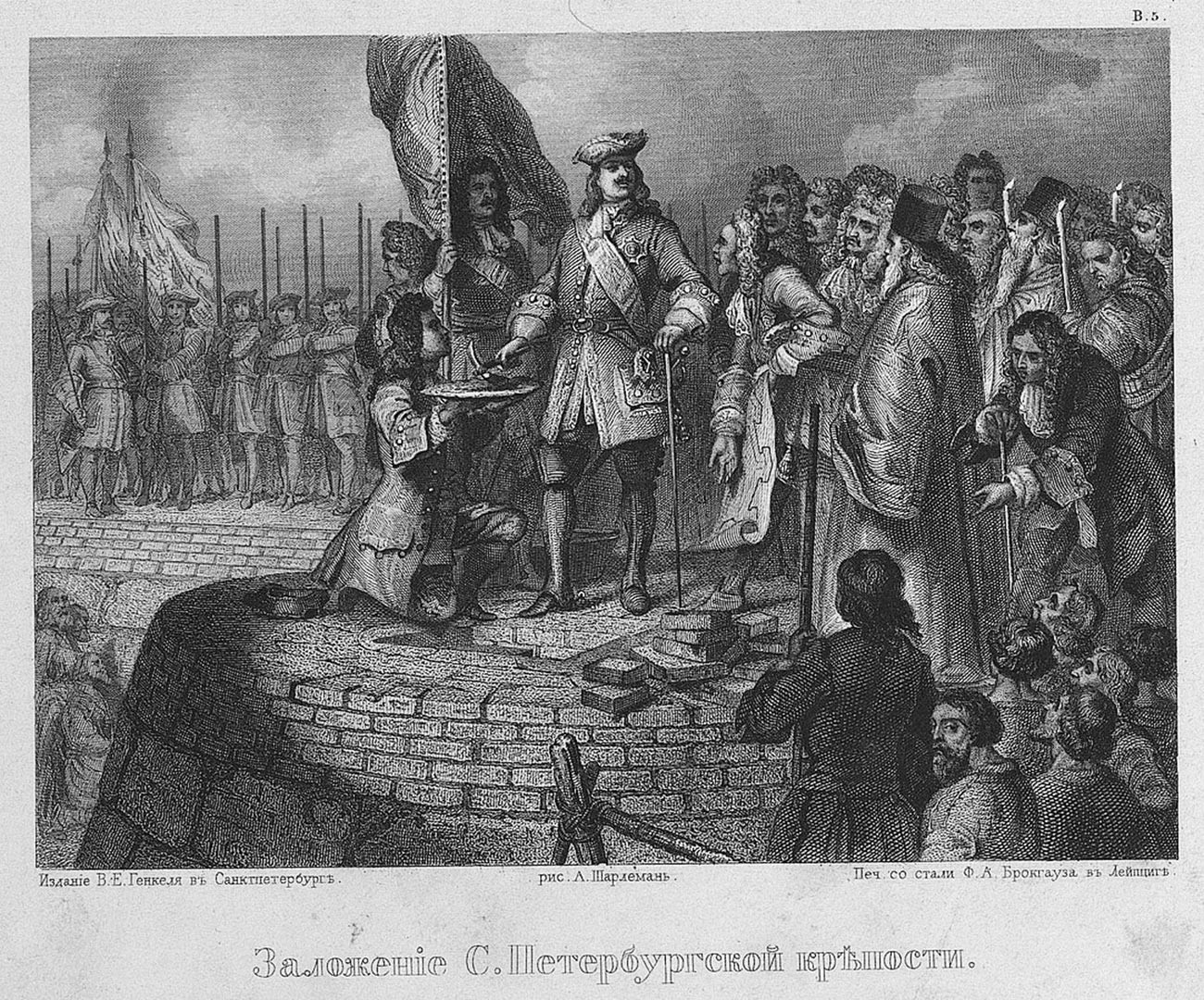 The foundation of the Peter and Paul fortress

In 1724, however, the official newspaper, Vedomosti, began to refer to the city as Sankt-Peterburg, which was more familiar for the many Germans who lived and built the city, and who served in Peter’s court.

The city quickly became associated with its founder, rather than Saint Peter. Pushkin called it in various poems, “Peter’s great creation”, and “Peter’s city”. 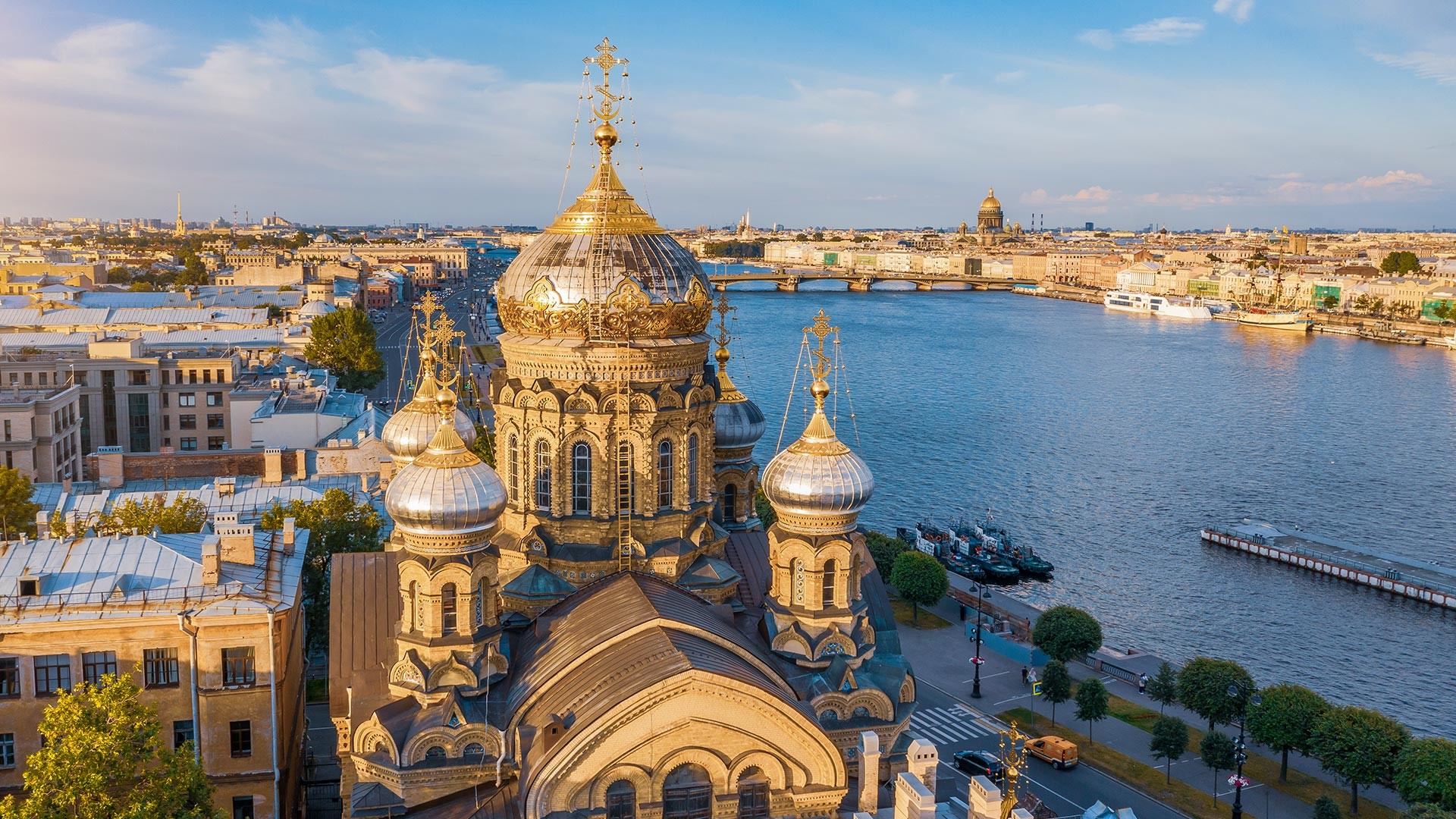 The Assumption Church on the embankment of the Neva River

Two centuries later, the city changed its name for the first time. In 1914, Russia entered the First World War, and Germany was its main enemy. Emperor Nicholas II decided to get rid of the city’s ‘German’ name and ordered it to be renamed ‘Petrograd’, which still literally meant ‘the City of Peter’, but in a Russian form. “Grad” is an ancient Russian definition of “gorod”; literally ‘the city’. This was a very common name for ancient Russian cities such as ‘Novgorod’. 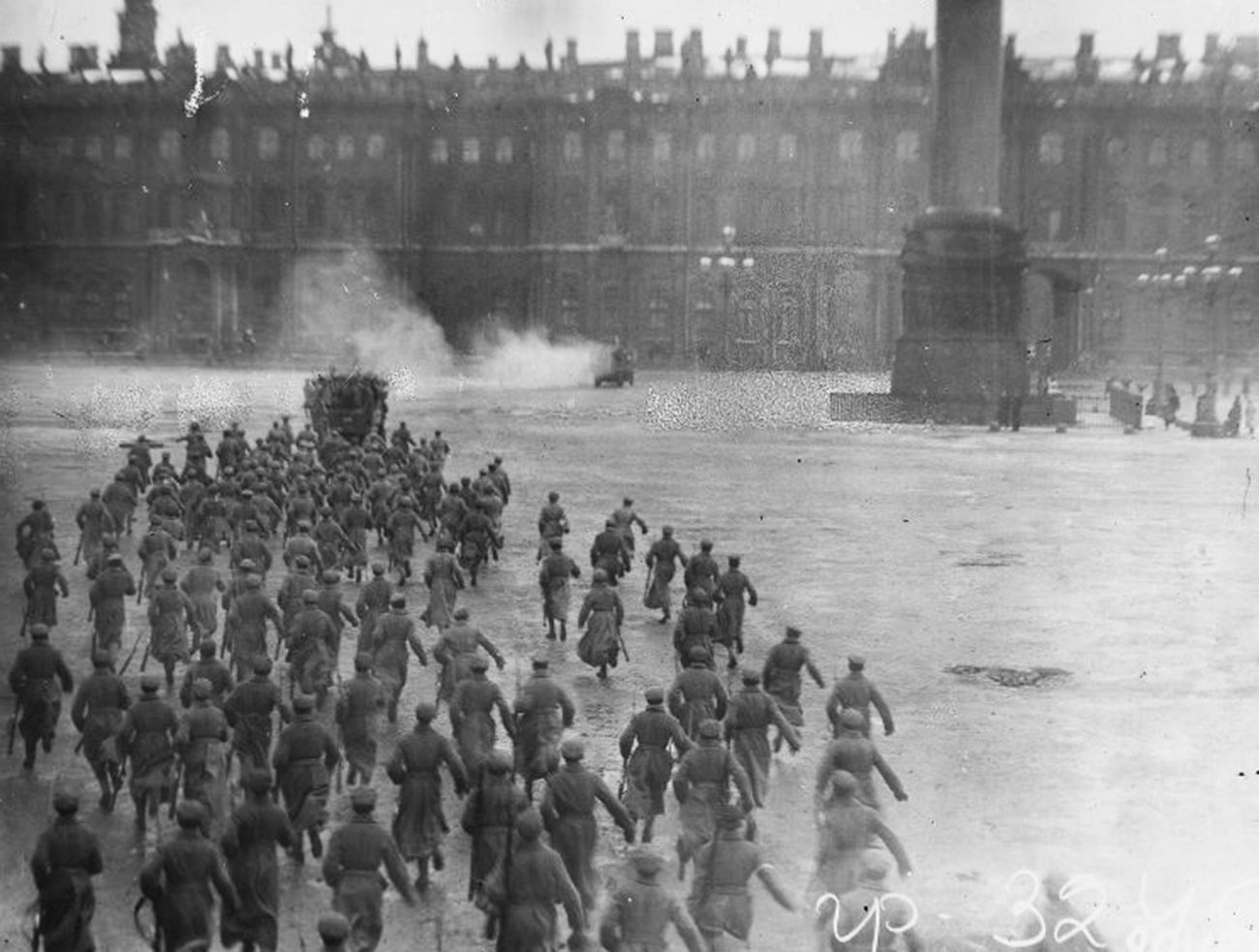 The Storming of the Winter Palace. A still from the movie 'October: Ten Days That Shook the World' by Sergei Eisenstein

The locals still weren’t used to the new name when 10 years later it was changed again! The city was the cradle for the Bolshevik Revolution, but during the Civil War it lost its status of the capital because the government decided to move to Moscow.

In 1924, five days after the death of the Soviet leader, Vladimir Lenin, the Petrograd City Council proposed to change the name of the city to Leningrad. The issue was discussed at the Second All-Union Congress of Soviets… which predictably ratified the change. 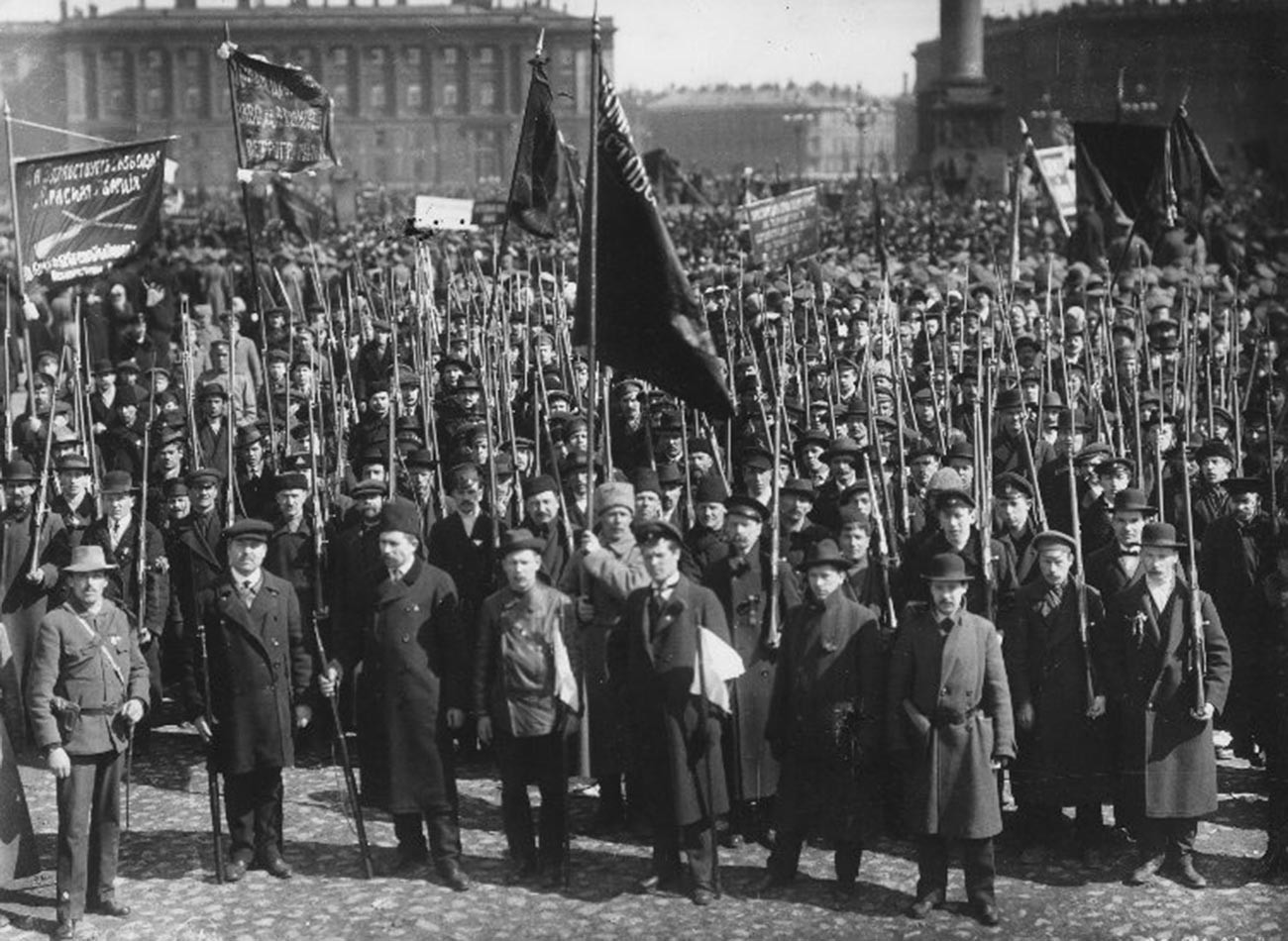 Rallies on the Palace Square

During the 70 years of Soviets rule, everyone in and outside Russia was used to calling it Leningrad. For example, the Nazi blockade of the city during World War II is called “The Siege of Leningrad”, but never “The Siege of Petersburg”.

Leningrad poets wrote many poems dedicated to their city and the courage of its citizens. On the day when the Siege was lifted the famous poet Anna Akhmatova wrote:

On a starless January night.
Overwhelmed by its incredible fate.
Pulled back from the depths of death
Leningrad salutes itself. 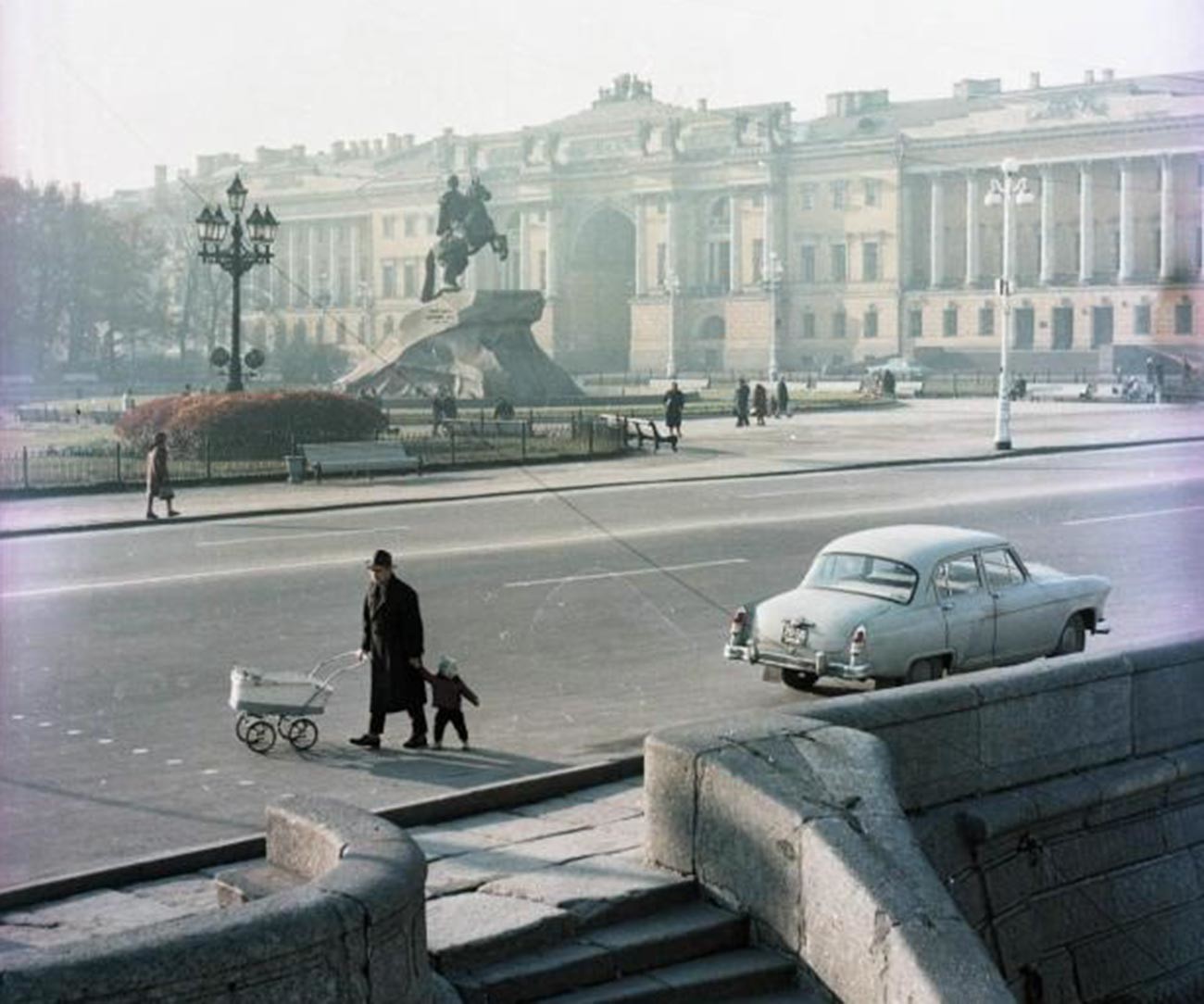 The Soviet authorities loved to name the cities after famous Bolsheviks: Kaliningrad, Stalingrad, Dimitrovgrad and many titles like this appeared throughout the 20th century. Some were changed in the 1990s, but many remained. 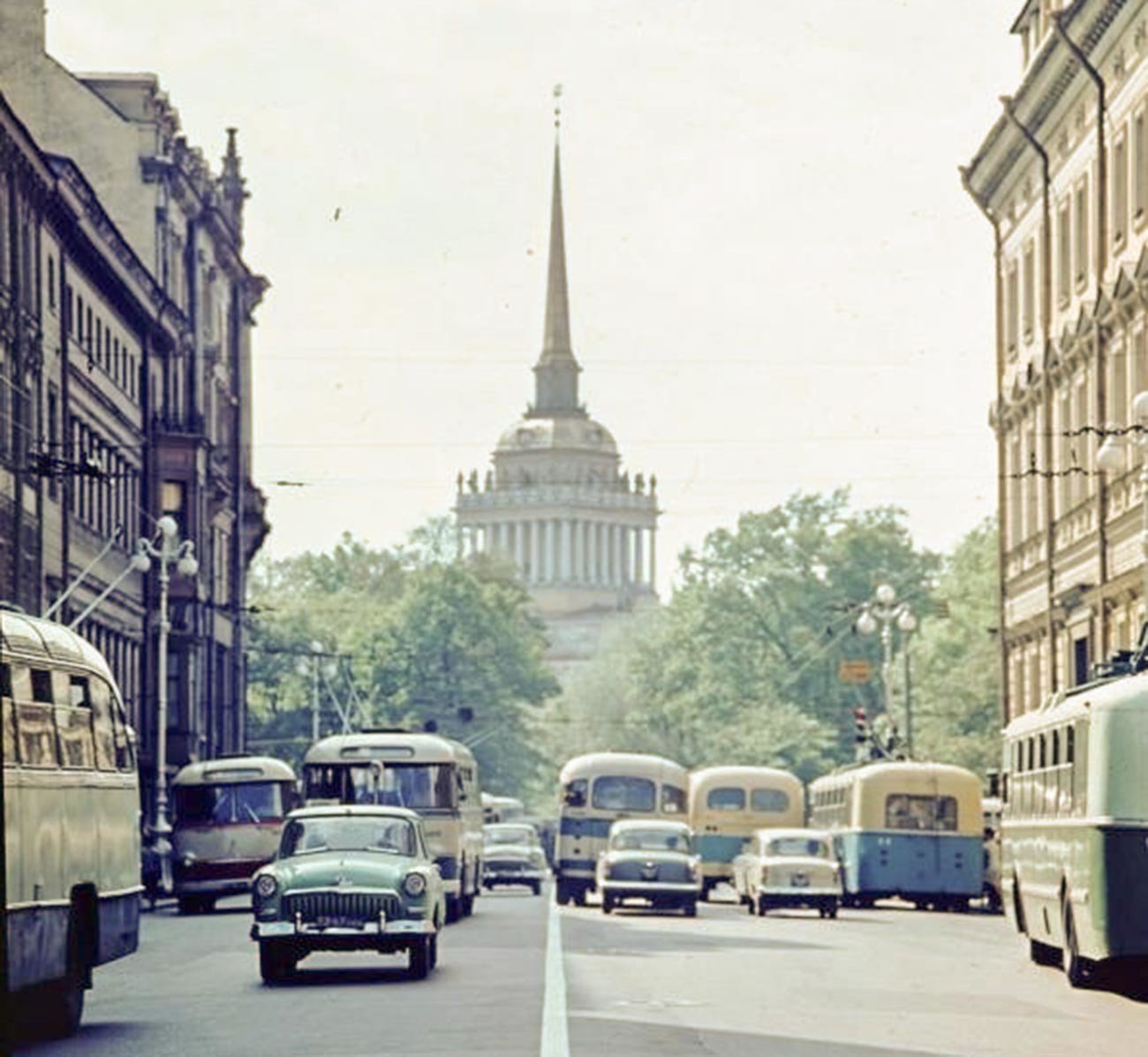 Back to the roots

In 1991, after the Soviet Union collapsed, it was quite a logical and symbolic step to change the city’s name. Local authorities held a public poll, and more than half of citizens supported the initiative to return the historical name, St. Petersburg. 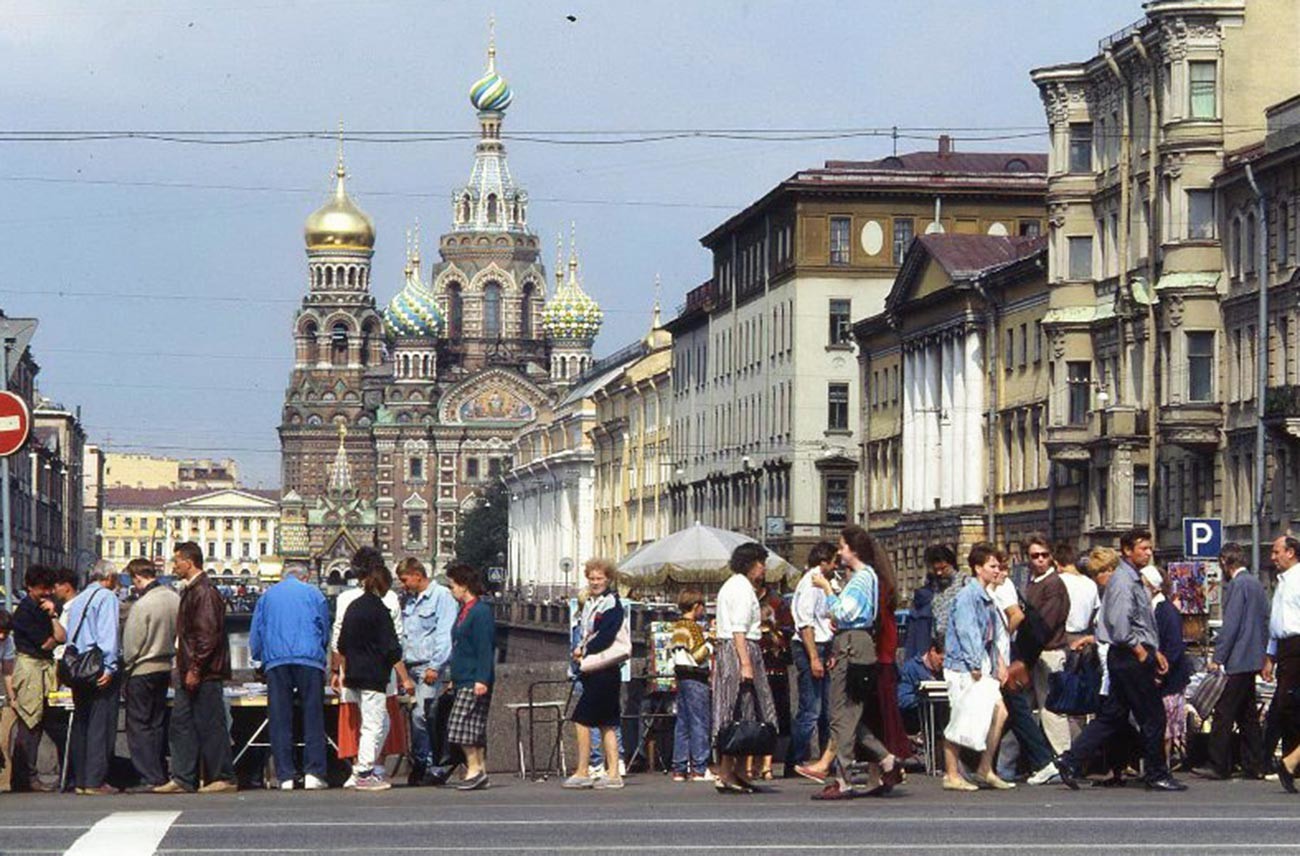 Pedestrians in front of the Church of the Savior on Blood, 1993

At the same time, the titles of many organizations retained ‘Leningrad’ for a while, and the area around St. Petersburg is still called ‘Leningrad Region’, because the locals eventually voted not to change it (most probably to avoid the bureaucratic problems of changing official documents). Many people of the older generation still sometimes call the city Leningrad, just out of habit. 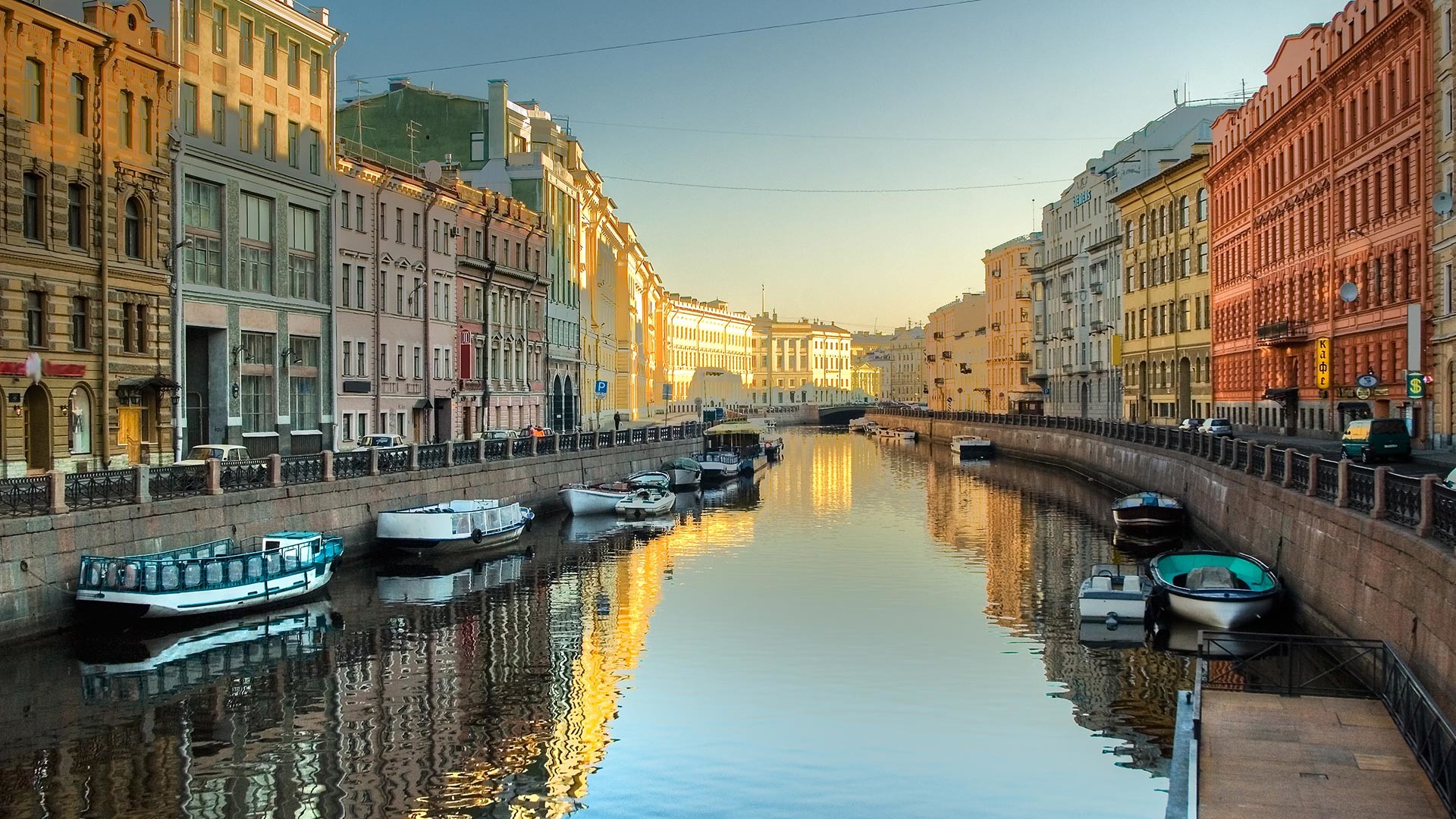 One of the most popular Russian pop-rock bands originating from the city is called – you got it – Leningrad. In one of its most famous songs the frontman, Sergey Shnurov, sings that he probably was drunk, because he didn’t remember when he ‘had moved’ to St. Petersburg. “Today my address is www Leningradspb dot RU”, he sings, mixing the Soviet past with the Russian present – and advertising their own website (it hasn’t been updated since 2002, though).