How many times is the New Year celebrated in Russia? 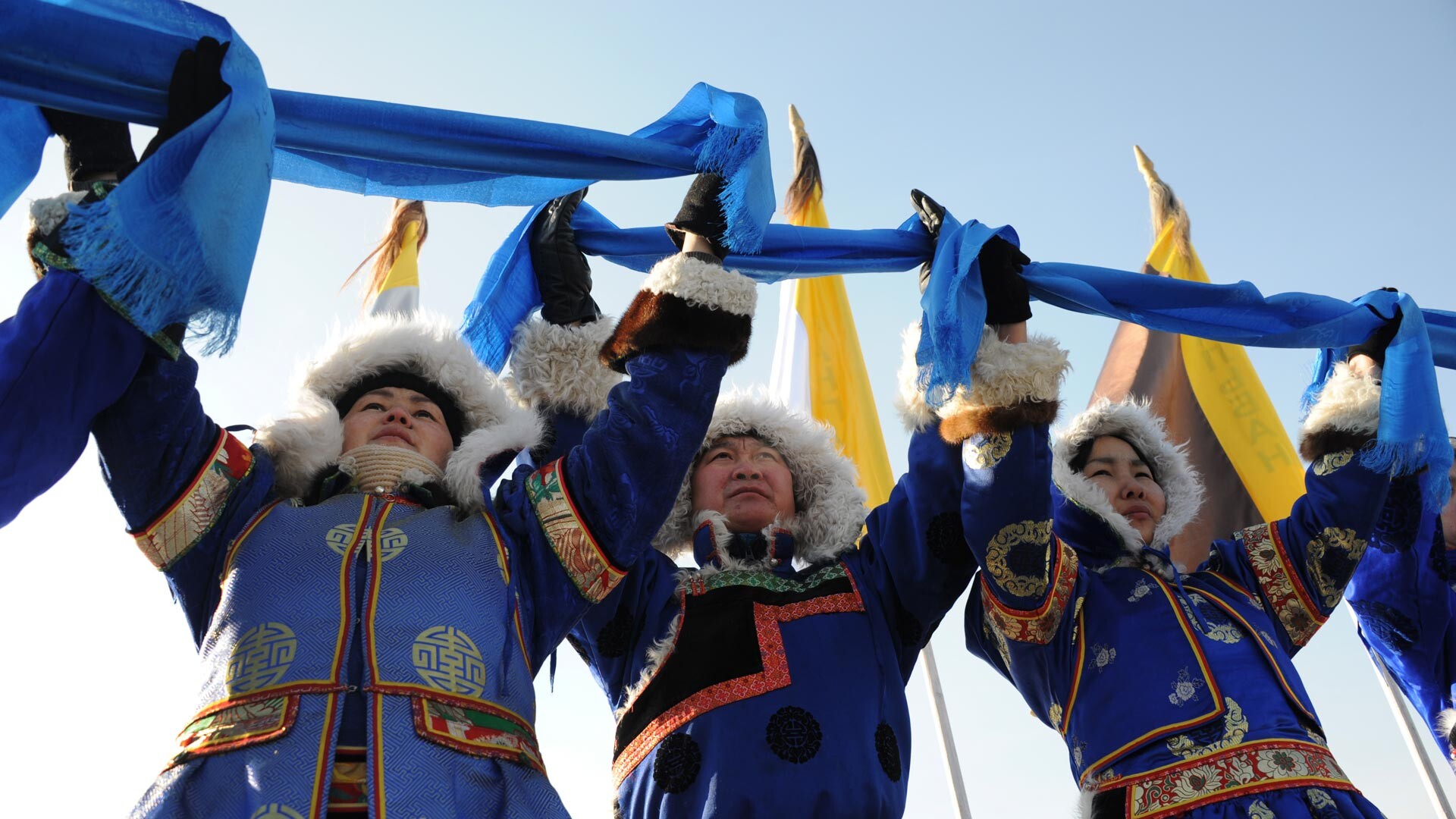 Peter the Great introduced the tradition of celebrating the New Year on Jan. 1. Before that, New Year's Day had been on Sept. 1 or, for the Orthodox New Year, Sept. 14. However, the Pomor people living along the shores of the White and Barents seas and along the Northern Dvina were skeptical about this change and continued to bring in the New Year the old way. Nowadays, they are the only ethnic group in Russia that continues to celebrate the New Year on Sept. 14.

Each year on this day, a fair, concerts and festivals celebrating Pomor culture take place in Arkhangelsk. The main feature of the holiday is lighting and launching a floating beacon to the sound of peeling bells to ring in the New Year. In the past, the Pomors would learn of the arrival of the New Year when they saw the light of such a beacon on the water. Interestingly, according to the Pomor calendar, Sept. 14, 2022 will mark the arrival of the year 7531.

The Evenks: first week of June

This Siberian indigenous people (who live in Yakutia, the Krasnoyarsk Territory and Buryatia) call the New Year Muchun and mark it at the beginning of June. Muchun means "time when the Earth renews itself" and is the time of year when the nomadic Evenks used to gather in one place and discuss plans for the coming year.

The celebration begins with a purification ritual called Ikenipke, which consists of six stages and ends with the Yokhor khorovod round dance. In these latitudes, the New Year coincides with a period of White Nights, so the celebration lasts for several days.

In Kolyma in the Magadan Region of the Far East, Evenks celebrate the New Year during the summer solstice and call it Hebdenek, which means "merry-making." It begins as early as 5:00 a.m.! 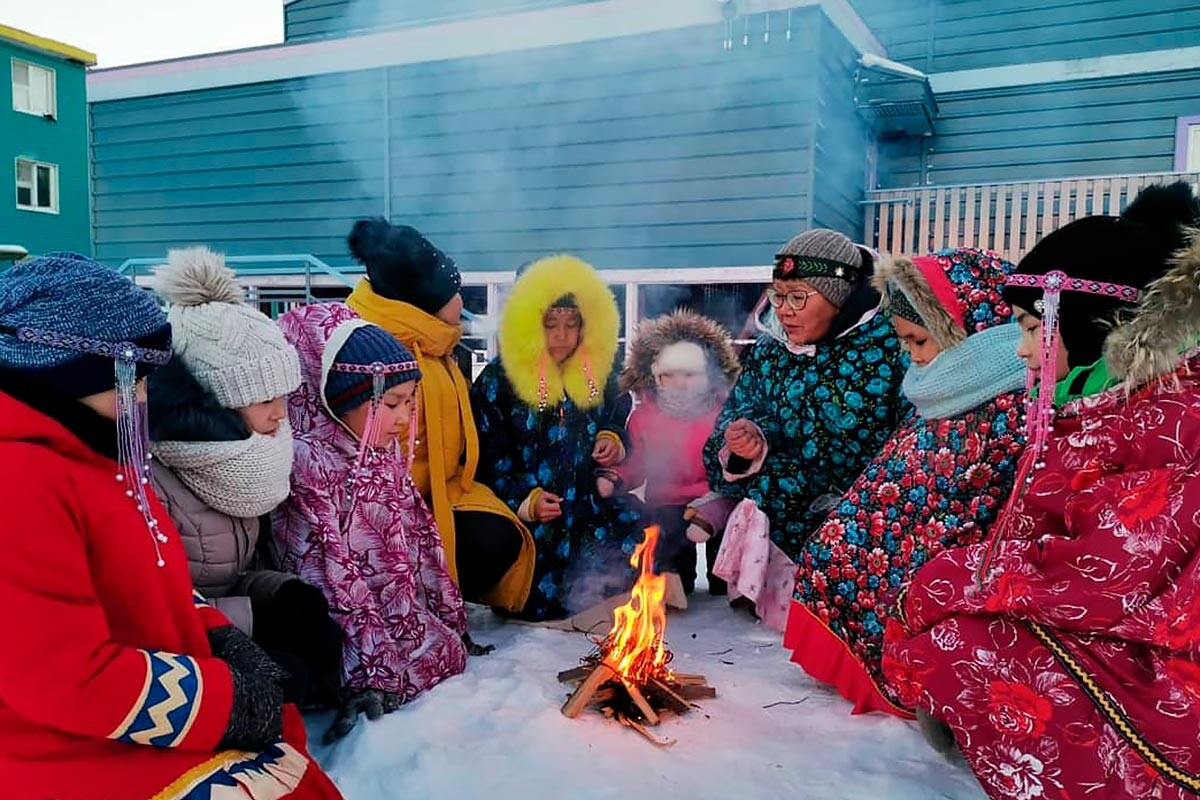 The indigenous inhabitants of Chukotka celebrate the arrival of the New Year on Dec. 21-22, the longest night of the year and also the date of the winter solstice. The Chukchi New Year is called Pegytti, which literally means "variegated cluster." The name comes from the ascent of a ceremonial star with the same name but that is referred to in modern astronomy as Altair. During the festivity, people sing and dance around a fire in colorful clothing. Seeing in Pegytti must be done in a positive frame of mind that is believed to be a good omen for experiencing happiness throughout the coming year.

The Buryats, Kalmyks and Tuvans: February, but with a bit of leeway 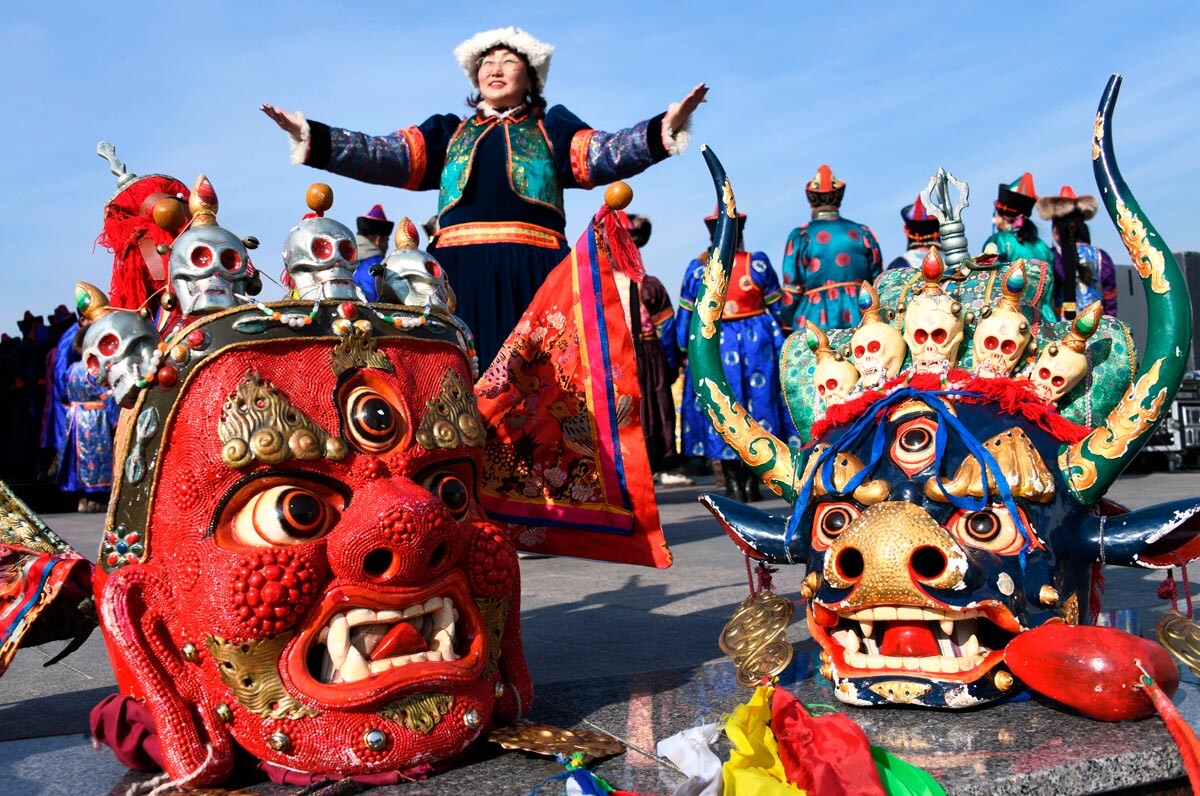 Buddhists in Russia mark the arrival of the New Year according to their own calendar. Tsagaan Sar (also Sagaalgan or Chaga Bayram among the Altai people) translates as "white moon" and, depending on the year, falls between the end of January and early March. In some regions where these ethnic groups traditionally live, the first day of the Buddhist New Year is regarded as an official holiday.

The holiday is seen as a family celebration, and it is customary on these days to visit relatives and bring presents. The main delicacy is boortsog—fried dough pastries shaped to resemble animals and accompanied by best wishes. 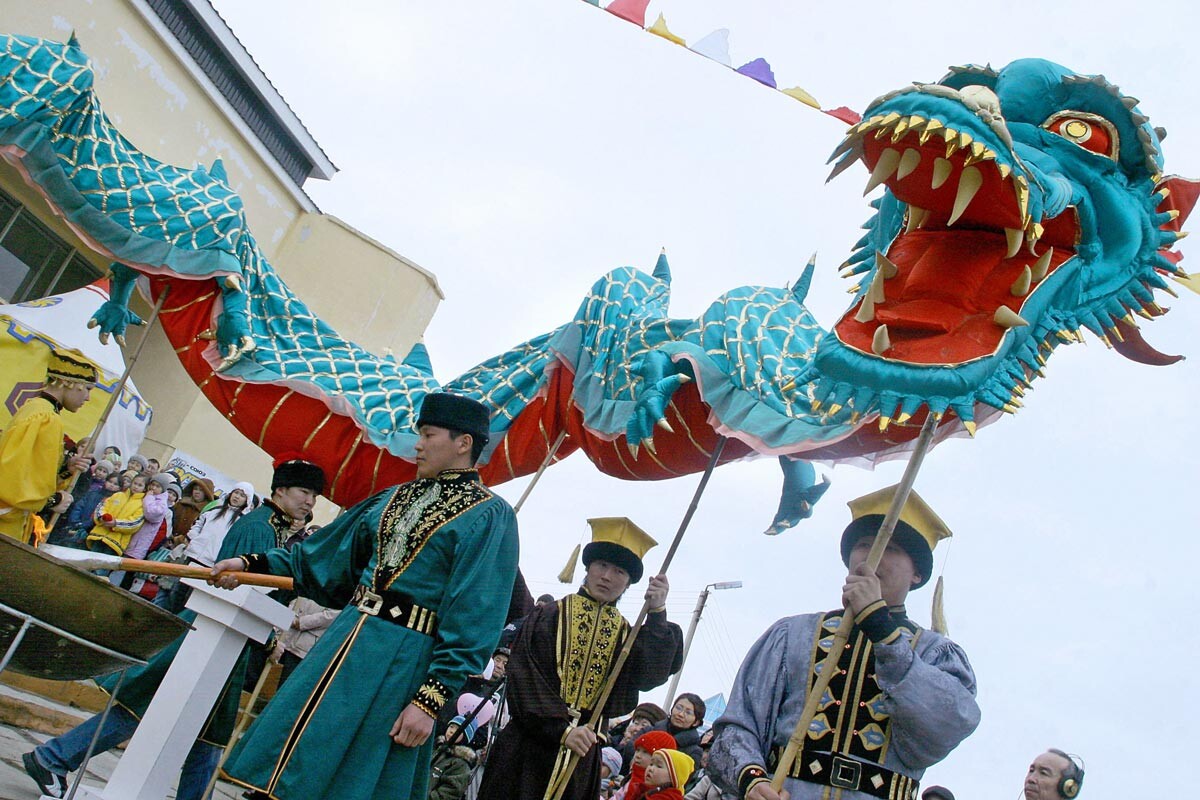 The Tuvans, another Buddhist people in Russia, call the New Year Shagaa, which means "renewal." And the significance of the celebration is roughly the same. Since the date is calculated according to the lunar calendar, different ethnic groups may find that the dates are different since they live in different time zones. For instance, in 2022 Shagaa fell on Feb. 1 while Tsagaan Sar came on Feb. 2.

The Bashkirs, Tatars and the ethnic peoples of Dagestan: March 21 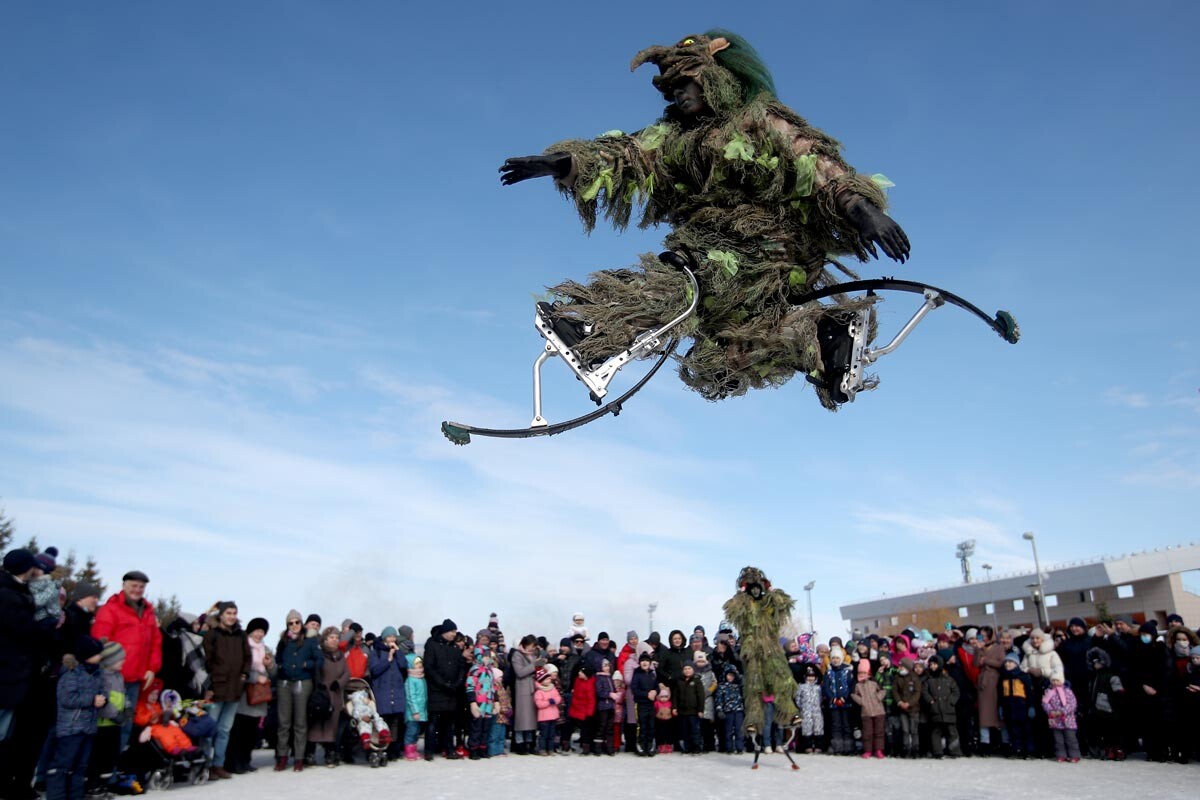 Many of the Turkic speaking peoples of Russia mark Navruz (Nowruz), the day of the vernal equinox and the Eastern New Year. A new sun is believed to be born on this day. Leading up to the holiday, it is customary to clean the house and cook large (very large!) quantities of delicious food which they hospitably treat anyone and everyone with. Plov, shurpa and desserts are all prepared in enormous quantities. 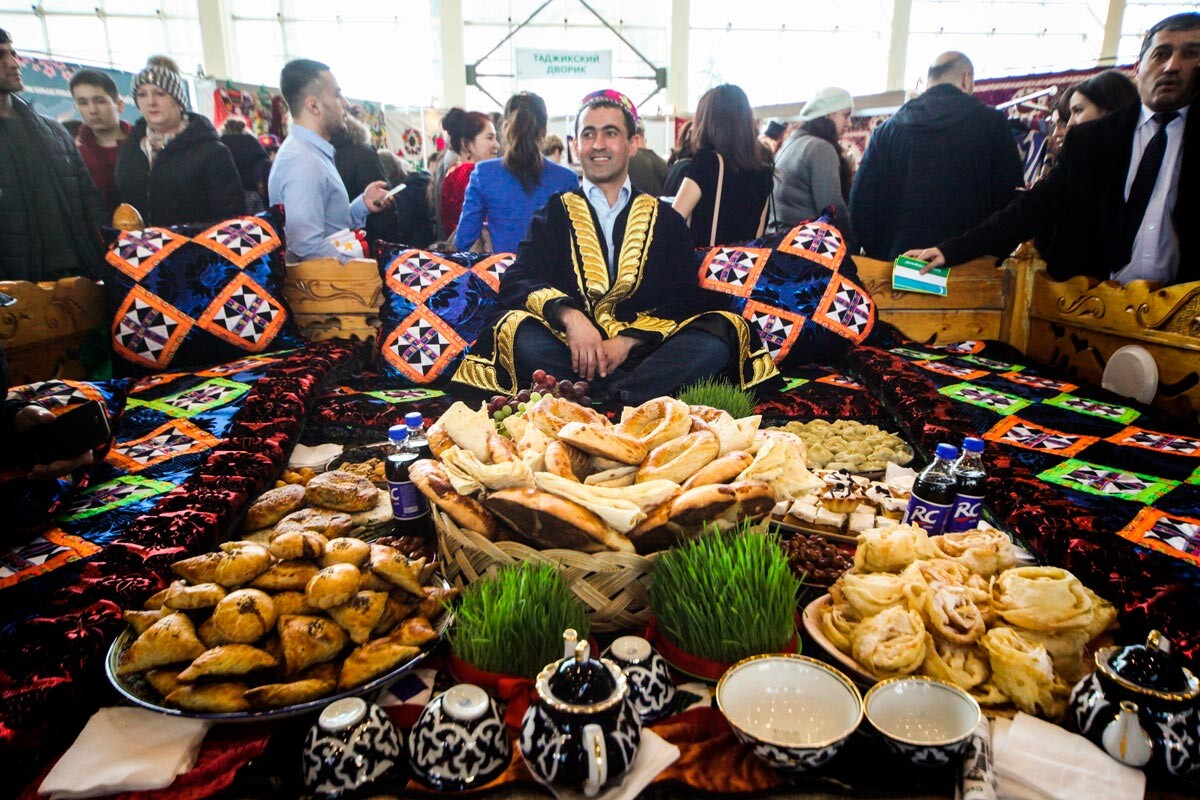 Navruz is celebrated widely in Russia and is a jolly occasion with dancing and singing. It is not only marked in the ethnic republics, but in practically every big city where Turkic speaking residents live. 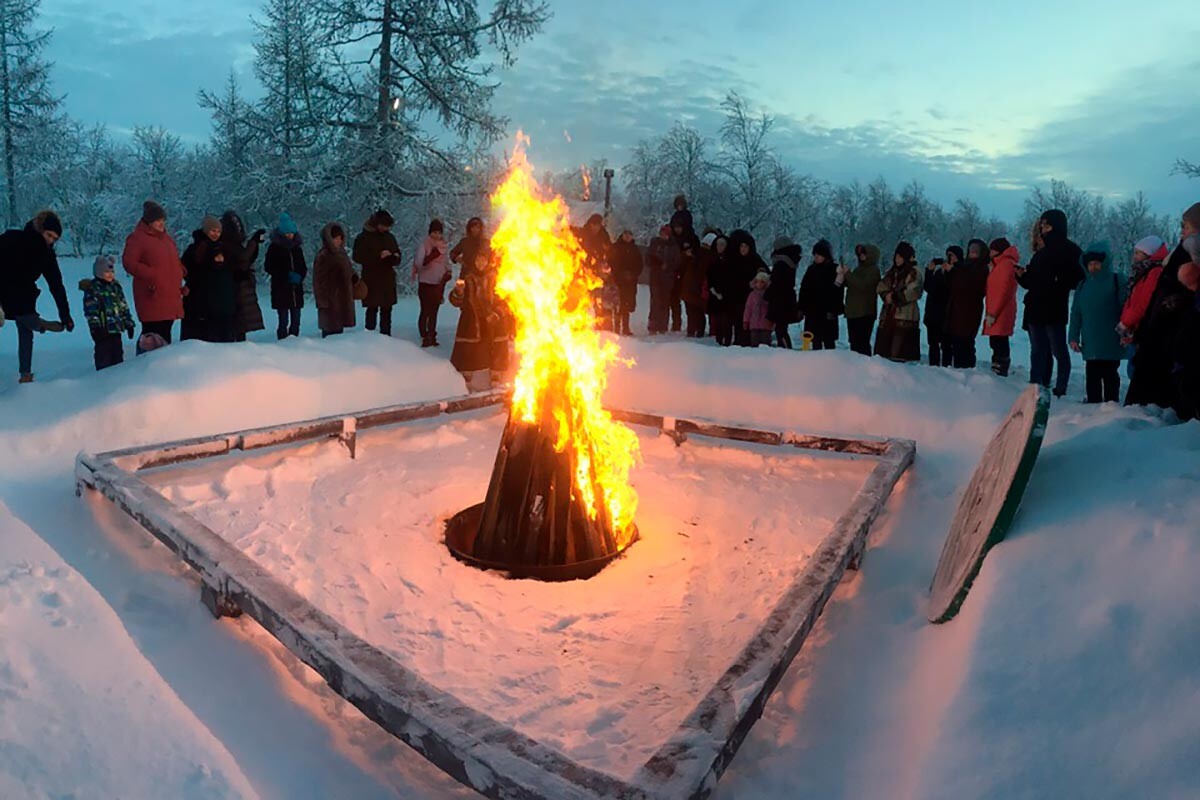 The Nenets are a nomadic ethnic group living inside the Arctic Circle, many of whom have diligently preserved the traditions of their ancestors and continue breeding reindeer to this day. For them, the New Year comes not on Jan. 1 but on Jan. 7. This was the date when, as a rule, the polar night ended and the sun appeared. The end of this "great darkness," as they call it, is regarded as the beginning of the ensuing year. It is marked with prayers and greetings.