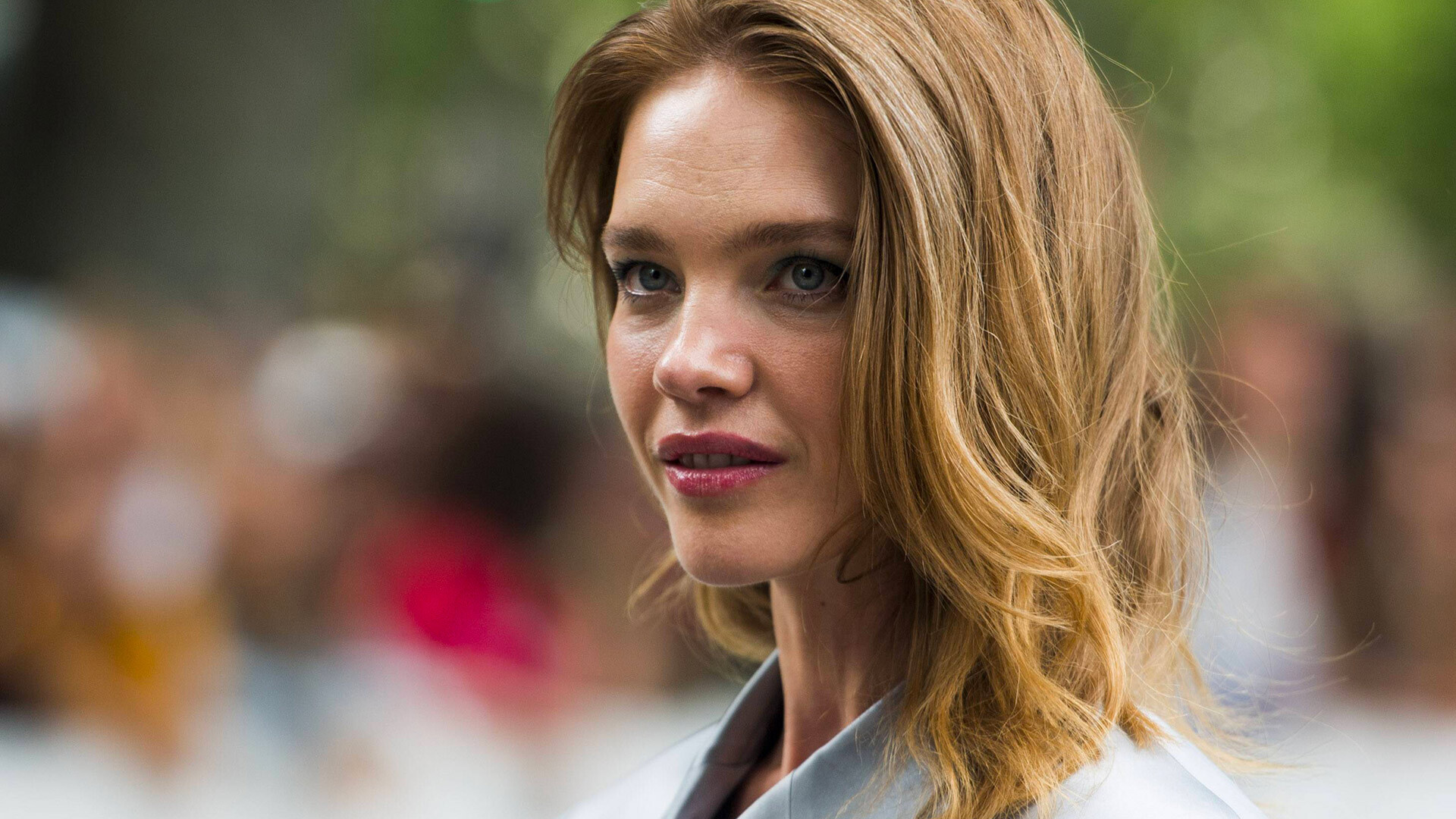 Legion Media
Fashion idol, philanthropist and a mother of five: how a girl from a city on the Volga River won hearts worldwide.

Natalia Vodianova was born on February 28, 1982, in the city of Gorky (now Nizhny Novgorod) on the Volga River. She had to work hard from childhood to help her family, but now she is one of the most prominent Russian supermodels, founder of the Naked Heart charity and wife of Antoine Arnault, heir of the LVMH fashion house.

1. She used to sell fruit to help her family 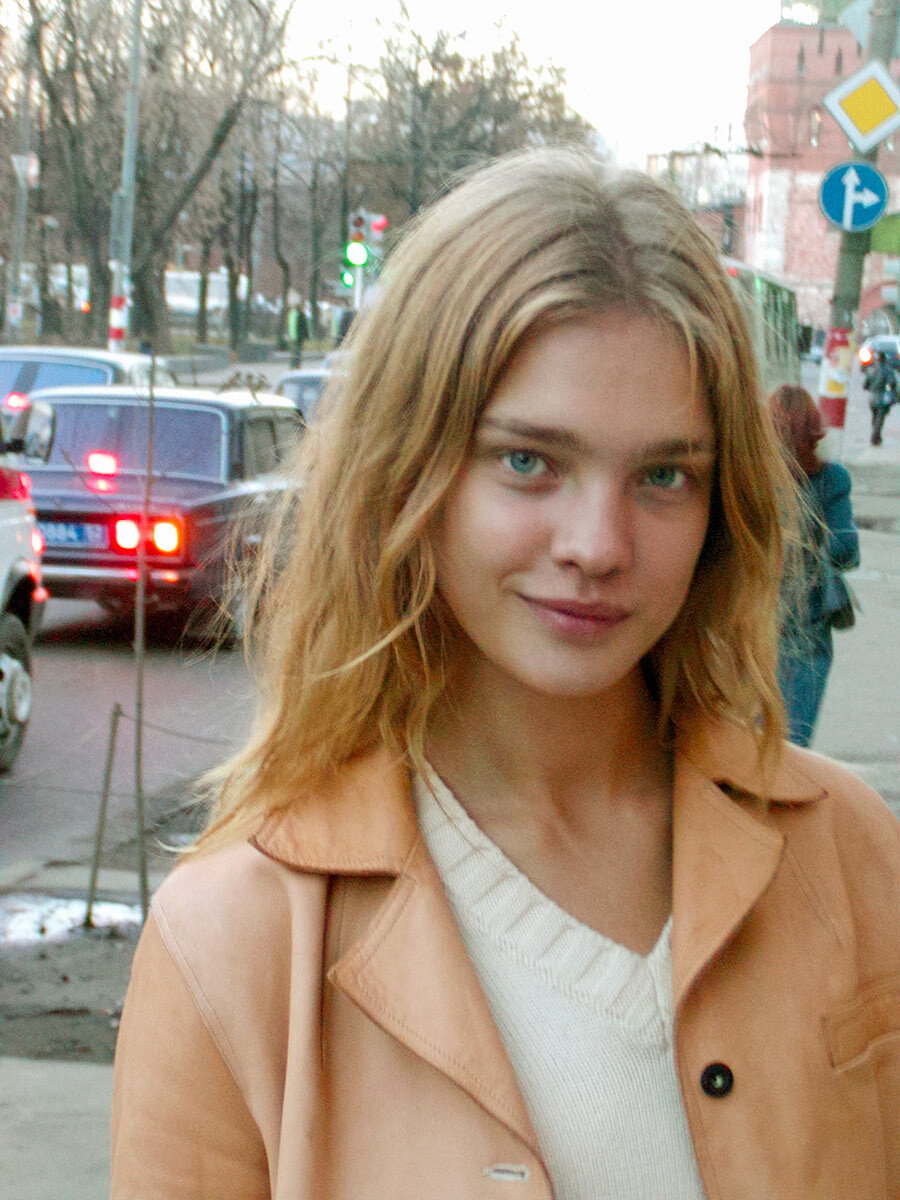 Natalia has two younger sisters, Oxana and Kristina. Oxana was born with autism and CP. The father left the family and when Natalia turned 11, she began to help her mother at work selling fruits and vegetables in a kiosk. Some years later, she left school to spend the time working there.

Natalia recalled in interviews that some people mocked the poverty of their family and her sister’s disability.

“I spent my entire childhood with my younger sister. I know what sidelong glances, spitting, swearing are, what absolute poverty is, from which you cannot shield yourself or your child,” Natalia said. 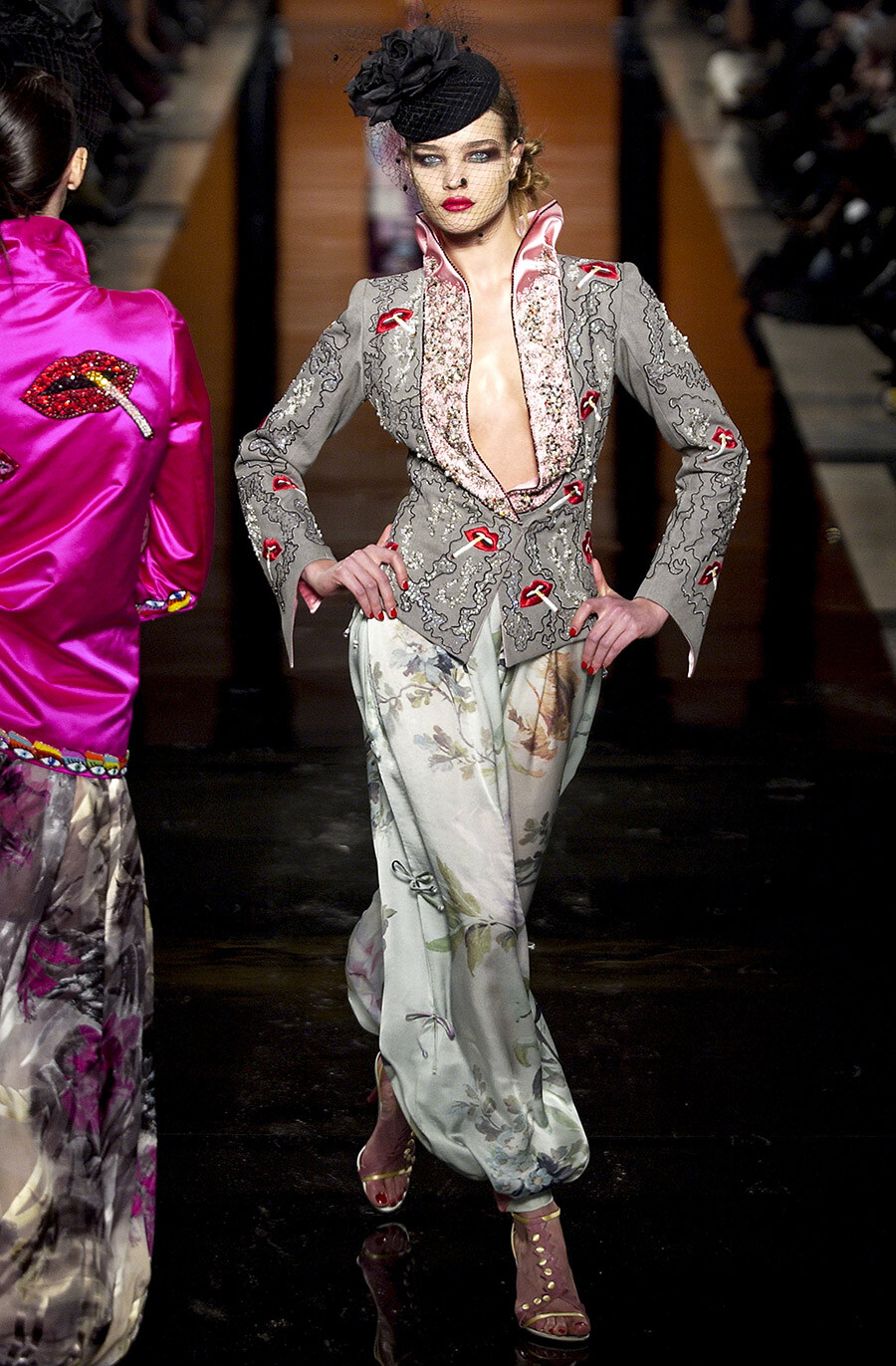 Back in the late 1990s, Vodianova attended the only modeling school in the city. One day, a Viva Model Management scout spotted her and invited her to Moscow. Vodianova spoke neither English nor French, but, nevertheless, the agents liked her and sent her to Paris. There, she had to compete with more experienced models and attended up to 15 castings a day. The modeling agency paid her about $100 per week and part of this money she sent to her mother.

Real offers began coming in 1999, after Jean-Paul Gaultier noticed her at one of the competitions and awarded her second place. In 2002, she appeared at the New York Fashion Week with Gucci, Yves Saint Laurent, Chanel. The following year, she became the face of Calvin Klein and continued to conquer the world’s catwalks. Vodianova participated in the fashion shows of Christian Dior, Louis Vuitton, Marc Jacobs, Ralph Lauren, Chloe and many other celebrity designers.

Fashion media even titled the early 2000s “the era of three Vs” - after the names of the most successful models of that time: Natalia Vodianova, Anne V (Anna Vyalitsyna) and Eugenia Volodina.

In 2003, Vodianova first appeared on the cover of British Vogue, in 2004 - the U.S. Vogue. And in total, her face was on the cover of different Vogue editions over 70 times. More than any other celebrity! In second place is Kate Moss with 60 appearances.

4. The mother of five

It’s hard to believe, but this elegant woman has five children. She met her first husband, British aristocrat Justin Portman, in Paris at a private party. At the age of 19, she gave birth to their son Lucas Alexander, who is a student now. In 2006, she gave birth to daughter Neva, named after the Neva River in St. Petersburg. The following year, her son Viktor was born - named after Natalia’s grandfather.

In 2011, the couple separated and Natalia entered into a relationship with French entrepreneur Antoine Arnault, the son of LVMH’s founder. The couple has two sons, Maxim (b. 2014) and Roman (b. 2016). In 2020, they got married in Paris and still live there.

In the spring of 2021, Vodianova traveled to the Russian North and the Caucasus with her children, explaining this by the desire to introduce them to their homeland. She made a mini-series for YouTube about the journey.

5. Devoted herself to charity

After the birth of Viktor, Vodianova decided to focus on her family and left the catwalk. Now she is mainly engaged in charity work. In 2004, Natalia founded the Naked Heart Foundation, which helps children with special needs and their parents. This is how Natalia highlights the importance of the support of society for such families. In 2015, her sister and nanny were kicked out of a cafe in Nizhny Novgorod. The owner told them to leave because the girl scared customers.

Natalia also launched the Elbi app, with which users can support small charitable organizations with money.

6. She thanks genes for her appearance 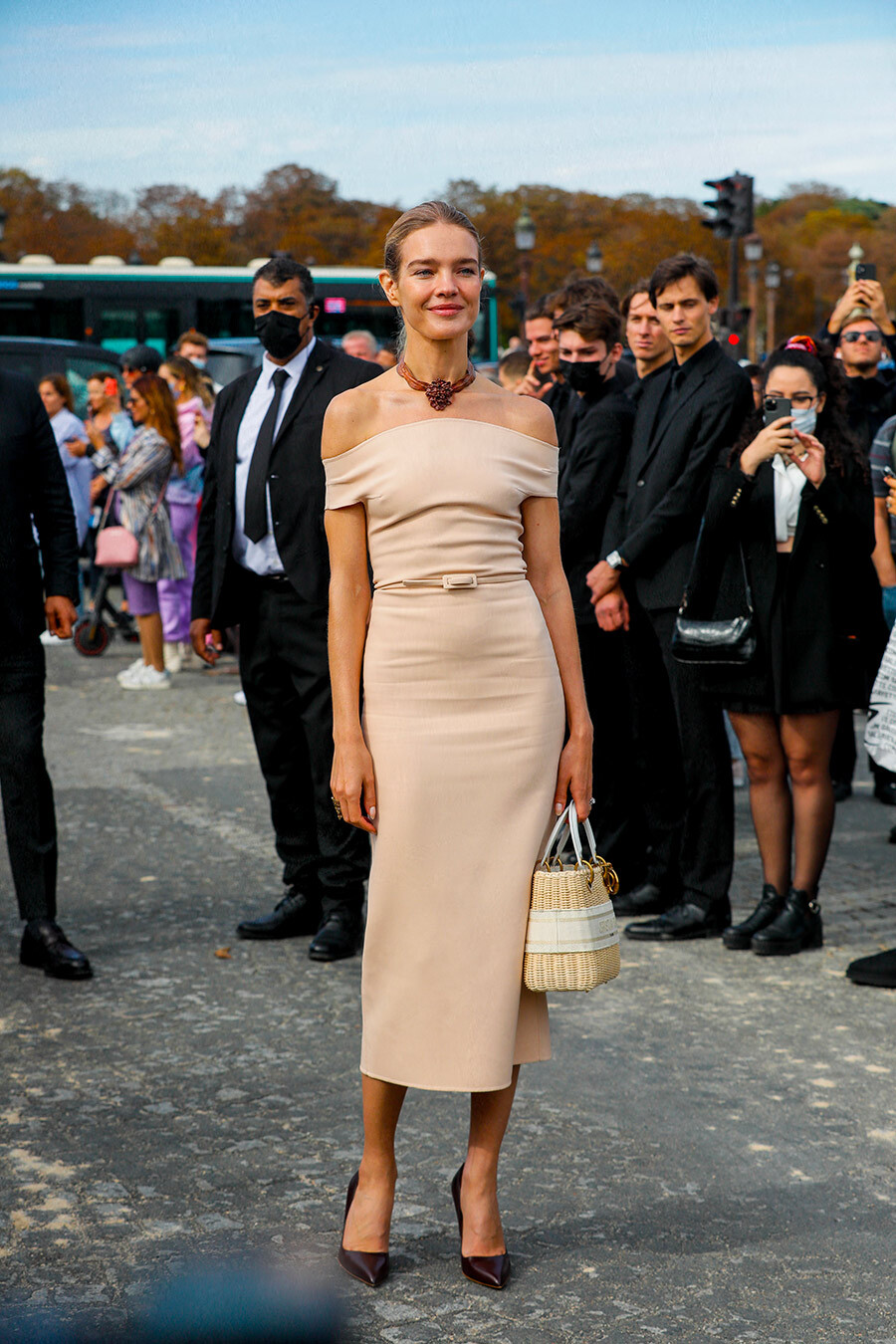 Despite having five children, Natalia has retained her grace and a slim waist. On social networks, followers always admire her figure and ask about diets, to which she replies that it’s just a lifestyle, a little sport… and genes.

7. Her hero is Audrey Hepburn 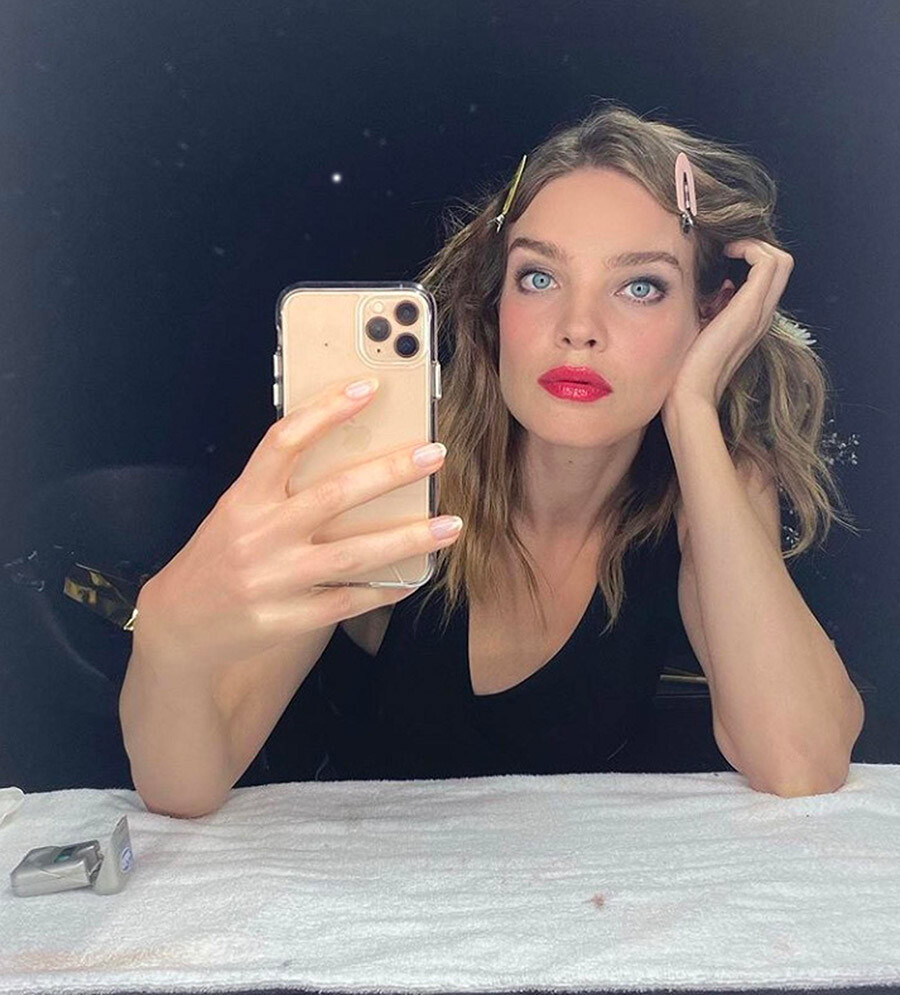 In 2013, Vodianova admitted that she wanted to play one of Audrey Hepburn’s roles, in which she is attracted by the desire to help people.